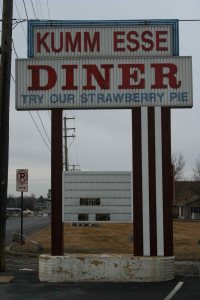 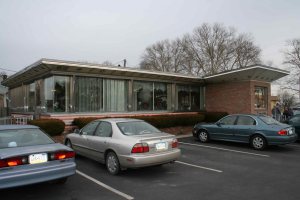 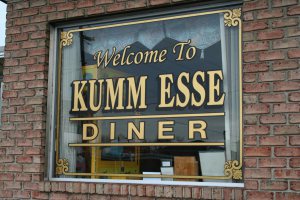 IMPRESSIONS: On a recent family trip to eastern Pennsylvania, we made the fortunate discovery of the Kumm Esse Diner. The name – German for “come eat” – gives an indication of the strong German heritage to this part of the country. The diner was just across the parking lot from our hotel, so we spent the morning of Valentine’s Day enjoying a classic diner breakfast.

ATMOSPHERE: Kumm Esse is clearly a local favorite, because nearly every table was full when we entered. We had a large group, but they managed to fit us next to each other at two booths. 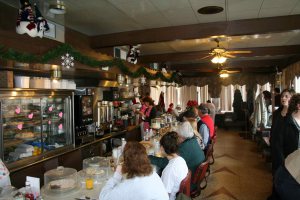 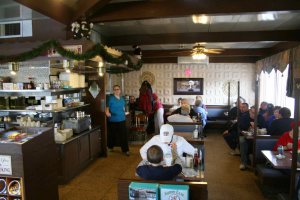 A couple views of the restaurant. While we ate, locals came and went, greeting each other and asking about each others’ lives. 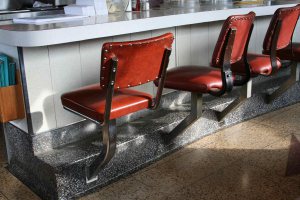 So much of the decor screamed classic diner. Formica floors, old leather seats at the counter, faded curtains with over-busy patterns. There were still some Christmas decorations up. And check out the green enameled-metal ice cream shake maker below. 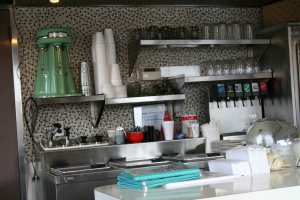 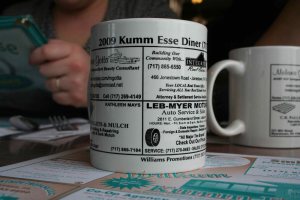 Kumm Esse even has its custom mugs, plastered with local advertisements. The mugs were labeled 2009, so clearly there’s an annual edition. 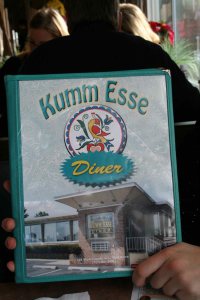 FOOD: The food was a mixed bag of diner fare – some curious, some suspicious, and some delicious. Kumm Esse has a HUGE menu – several pages for breakfast alone – with specialized pages just for some demographics (see the Senior Citizen’s Menu below). 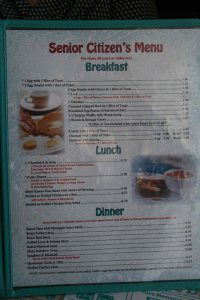 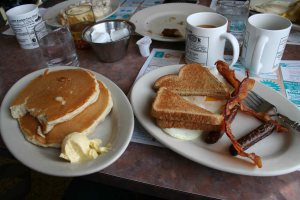 I went for a breakfast combo called Bud’s 2×4: two each of four different items (although now that I look at the picture again, I’m seeing five different things): 2 eggs, 2 slices of bacon, 2 sausage links, 2 pieces of toast, and 2 pancakes. Coffee was included. Speaking of which, Kumm Esse featured some of the BEST diner coffee I’ve ever tasted. Not gourmet, but straight-up tasty brown. Mmm. The breakfast, on the other hand, was nothing to write home about (but apparently enough to blog about): good toast and eggs, thin bacon, dry sausage, and sticky pancakes. 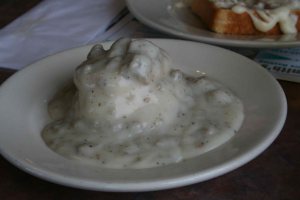 One thing we discovered about the food was that Kumm Esse seems to use a high-gluten flour in their food. I noticed it at first with the pancakes, when I couldn’t cut them with the side of my fork. They were seriously chewy. We noticed the same thing with the biscuits and gravy – the gravy was almost gummy it was so sticky. 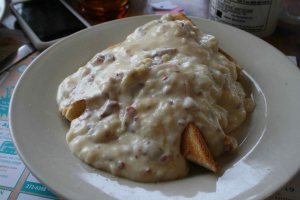 My wife chose the Chipped Beef with Gravy on Texas Toast. It was a little salty, and again sticky, but otherwise very good. It’s a bold, hearty meal. 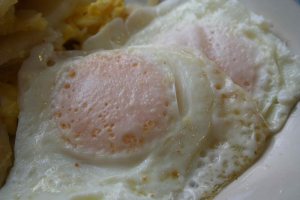 Here’s a shot of a fried egg – I wish I could fry eggs like that. At the diner, you can order your eggs Kumm Esse style, which means they’ll throw ham, potatoes, onions, and peppers in with them. 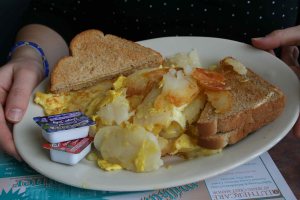 My sister-in-law tried the Country Fries with Eggs. Nice mix of starch and protein. 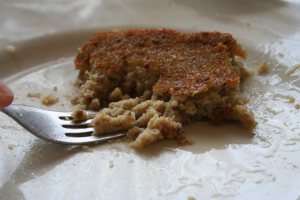 Ah, and here we come to the piece de resistance, that eastern Pennsylvania specialty: scrapple. I had heard about scrapple on the Food Network, but this was my first opportunity to try it. Scrapple is made from pork scraps (get the name?) mixed with corn mush and fried. I will say this about scrapple: it’s tasty. Nice crispy outside, good seasoning, and a definite meat-like consistency on the inside. My mother-in-law, who grew up in Eastern PA, said it was good, but not the best scrapple she’s tasted. Maybe someday we’ll do a scrapple tour. Or what about an entire blog dedicated to it?

SERVICE: The service at Kumm Esse, was fine. We sat a little while before someone came and took our orders, but they were friendly and seated us quickly. The servers – all women – seemed to be wearing hospital scrubs. But they moved quickly and efficiently – I even watched one woman behind the counter filling up four coffee mugs at once – all four in one hand, while she worked the coffee machine with the other. And she didn’t spill. Clearly years of experience at work. 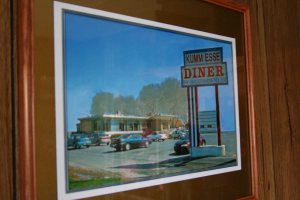 OVERALL: Our server told us that Kumm Esse Diner first opened around 1960, and not much seems to have changed since them. It’s a perfect example of a small diner that sits at the intersection of two major state routes and serves as a hub for locals and travelers to sit back with coffee, some pie, or a filling breakfast. Even as we walked up to the diner, the inviting smells of the kitchen (probably cooking up scrapple) offered a sense of comfort. So if you happen to be passing through Myerstown, stop on by, if only for a cup of coffee. 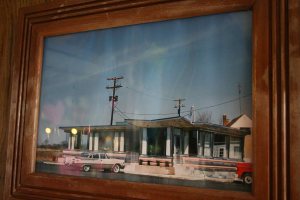 OTHER LINKS:
-> Scrapple on Wikipedia