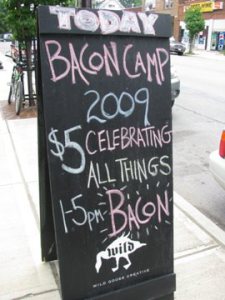 This weekend saw a two-day celebration of one of breakfast’s central foods: bacon! Wild Goose Creative hosted the first annual BaconCamp on Saturday. It was a splendid afternoon of creative bacon consumption, bacon crafts, bacon poetry, and general bacon community. A panel of celebrity judges tasted 16 bacon foods, from award-winning bacon pierogies to deep-fried bacon to bacon ice cream to a bacon birthday cake. You can see some amazing photos of the whole day on Jen Killius’ flickr page here. 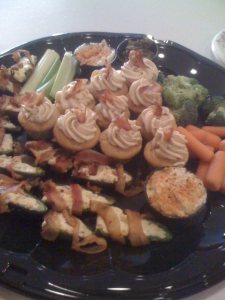 Then, on Sunday, Wild Goose was joined by Lara Ranallo and some of the crew from Surly Girl Saloon, a Columbus gem that serves funky food and drinks in the Short North. 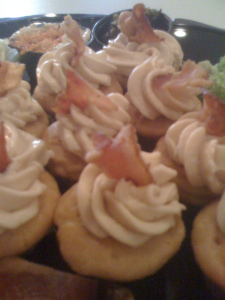 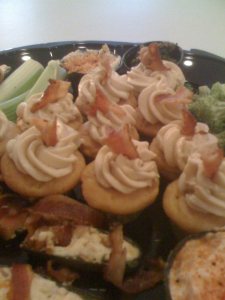 But my favorite piece was one of the signatures of Surly Girl: their bacon French toast cupcakes. The cupcake tastes just like French toast – the right amount of eggs and fluff to it – and the frosting is like maple syrup. With the piece of bacon right on top, it’s exactly like having French toast and bacon.