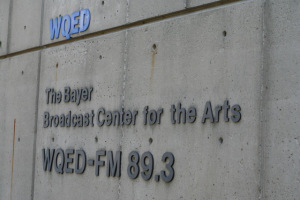 A couple weeks ago we found ourselves in Pittsburgh visiting some family, and we took the opportunity to have breakfast at the amazing Square Cafe with Rick Sebak, producer of Breakfast Special. (Look for a review soon of Square Cafe!) We had some extra time, and Rick offered to take us on a tour of the WQED studios. 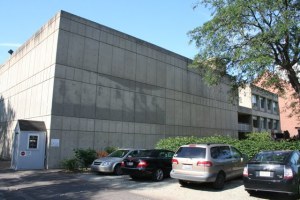 WQED is located near campus of Carnegie Mellon University, in a building that is styled neo-brutalist. I’m ashamed to say I had never heard that term before, even after taking a ass-kicking Theatre & Cinematic Styles class in grad school. Of course, that was performance and literature styles, not architecture. 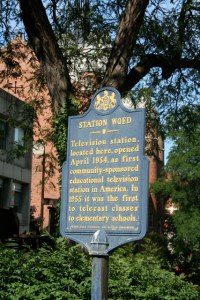 WQED produced the first community-funded educational programming in 1954. This plaque proves it. 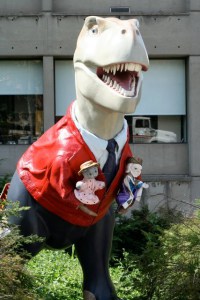 WQED’s programming eventually included Mister Rogers’ Neighborhood, which was filmed at the studios for decades. This edition of the Pittsburgh dinosaur statues is thus dressed like Fred Rogers, with a couple of his puppets on hand. 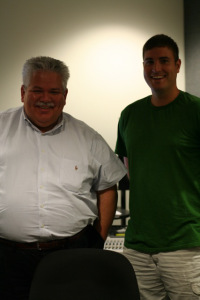 Rick showed us all through their recording studios, including the studio where Mister Rogers’ Neighborhood was filmed, plus offices and editing suites. He played a number of edits and pieces-in-progress for Breakfast Special; we also got to meet editor Kevin Conrad. 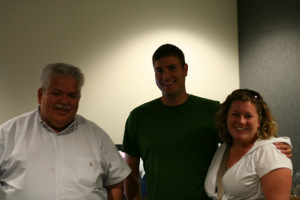 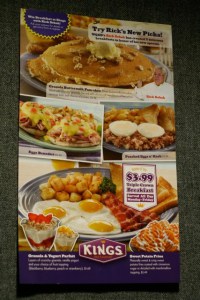 A poster for new breakfast specials at Kings, offered to coincide with the premiere of Breakfast Special. The posters and an animated commercial starred Rick. 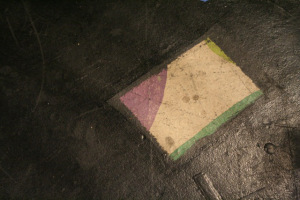 The last unpainted square of Fred Rogers’ set in the (now named) Fred Rogers Studio. Despite subsequent painting and improvement, they preserve this one square in honor of the show. 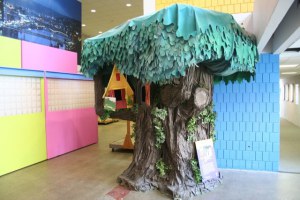 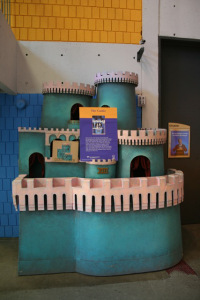 …and King Friday XIII’s castle! Both on display.

Thanks, Rick, for the tour!

Filed Under: Beyond
Tagged With: breakfast special, broadcast center for the arts, mister rogers neighborhood, The Beyer