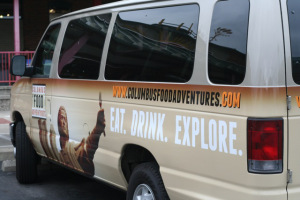 This afternoon I was invited to take part in the Columbus Food Adventures Short North walking tour. Owner and operator (and hungrywoolf/tacotruck/alteats/streeteats food blogger) Bethia Woolf led a small group of us around and through some of Short North’s culinary and historical bright spots. 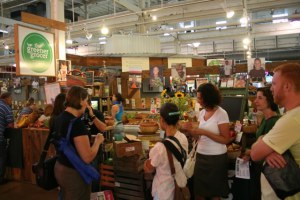 The tour started at the North Market. It’s a great starting point, an easy landmark, and perfect precursor to the small businesses and local eateries in store for you. Our first visit in the market was the Greener Grocer. 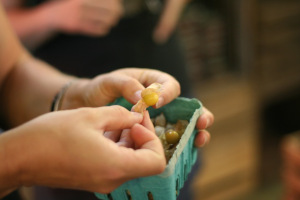 Colleen fed us ground cherries – a small, sweet berry covered in a paper husk similar to the tomatillo. I was surprised at how the flavor traveled so well. It was sweet, but so many other things at the same time. 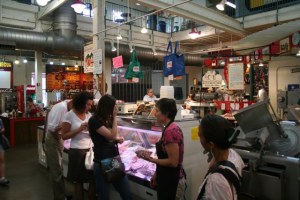 We then strolled around the corner to Bluescreek Farms, where owner Cheryl Smith told us about their family-run operation and tasted thin-sliced smoked ham. Amazing. Nothing like store-bought ham. Closer in taste to smoked turkey breast. 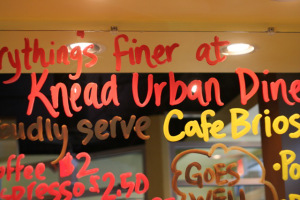 On our way out of North Market we waved to the Jeni’s booth, peeked at Kitchen Little (not open until next week), then headed up High Street to Knead. I haven’t been to Knead since their soft opening, and was very glad to be back. 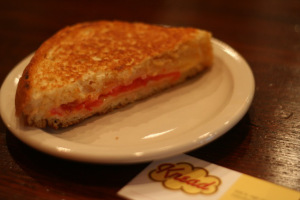 There we tasted one of the best grilled cheese sandwiches I’ve ever had. Made with local tomatoes (we’ll miss this come fall), a jalapeno cheese from Oakvale Farms, so it was sweet and spicy. And the house-made bread had a perfect crispy crust. 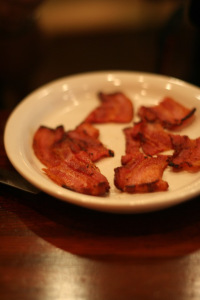 And then owner Rick Lopez dropped by some recently-smoked bacon. My goodness. We all need more bacon like this in our lives. 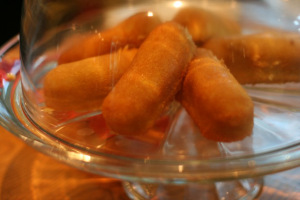 On the way out, I noted Krista’s homemade twinkies. 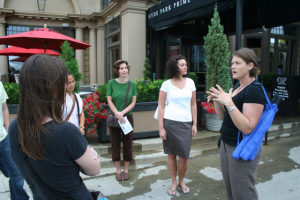 Stopping on the 670 cap to talk some Short North history. 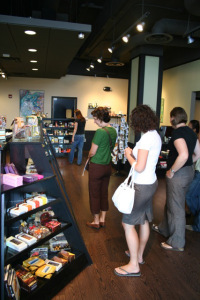 For a sweet bite, we hit up Le Chocoholique. Recently opened in the former Starbucks space, they serve up a huge variety of chocolates. 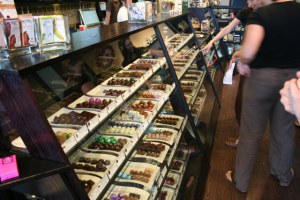 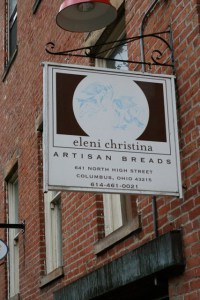 Then up the road and down a side street to Eleni Christina Artisan Breads. 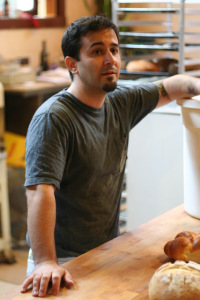 One of the bakers there, Joe, spent a while bragging on all the bread they make there. The bakery is not generally open to the public; they’re a member of the Rigsby group of restaurants, providing the bread for Tasi Cafe, Rigsby’s, plus a load of other great eateries around Columbus. They begin their days at 2 a.m., cranking out a wide variety of breads… 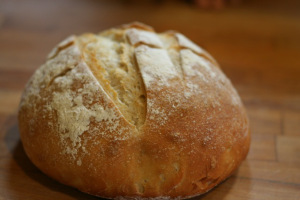 …which are all beautiful. They were busy at the work. The other two guys in the bakery didn’t stop moving. 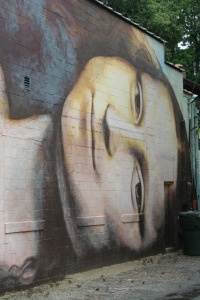 After a stroll past Goodale Park and a walk down Buttles Avenue (side note: the first time my wife and I ever rolled into Columbus, we drove past Buttles Ave. and laughed, “Who would ever live there?” Turns out we did.), we headed back on Pearl Alley to Tasi Cafe. 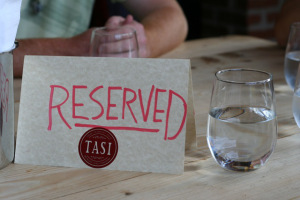 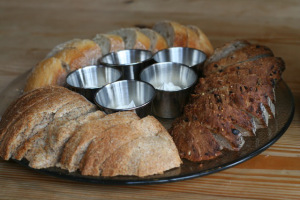 And then we got to see some of that Eleni Christina bread at work! 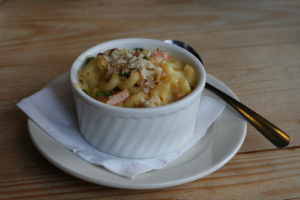 Plus a small but rich bowl of macaroni and cheese. Flavorful cheese, without being heavy. Nicely complemented by the pieces of ham. 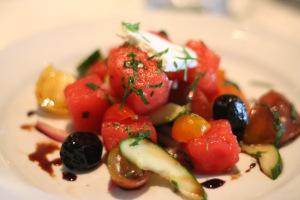 Then we stopped in to Rigsby’s Kitchen, sadly the first time I’ve been there after eight years in Columbus. We had a simply delicious salad of tomatoes, olives, watermelon, red onions, and more. I’m usually not a fan of these types of salads – especially those that incorporate the watermelon – but this was complex and refreshing. 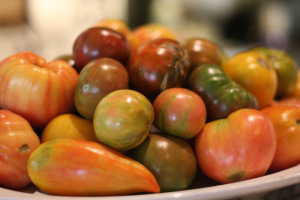 Bowl of tomatoes on the counter. Seriously, we are going to miss these after the season. 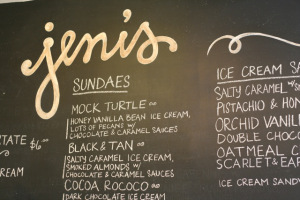 We topped off the tour – as any tour of Columbus should – with a stop at Jeni’s Ice Creams. 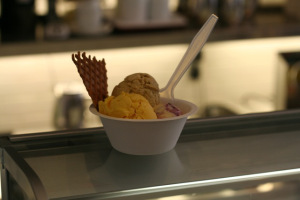 I opted for a trio of the Sweet Corn & Black Raspberry, Pistachio & Honey, and the Mango Lassi. Always, always good. Never had a bad ice cream at Jeni’s. Seeing her booth at North Market brought back memories of first discovering the Market in 2002, just as Jeni was opening up, and how they used to make ALL their ice cream there. Now they’ll soon have seven locations plus a production kitchen, and have been on the Food Network multiple times. (sigh) We’re so proud.

All in all, a great tour. We were stuffed full of food, invigorated from the walk, and pleased with the good conversation and well-chosen stops. Thanks, Bethia!

If you want to go on a tour yourself:
columbusfoodadventures.com
twitter.com/cbusadventures