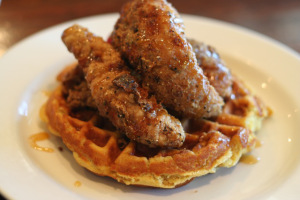 QUICK NOTE: Banana Bean introduced a new menu and hours on November 9, after I wrote this. They now open at 9 am, Tuesday-Sunday. The new menu modified the chicken and waffles to become Granddaddie’s Fried Chicken and Pumpkin Pancakes. Still sounds like a winning comfort food combo, AND it’s now available every day, not just on weekends.

On the road for the October 2010 (614) Magazine article, I found myself at a favorite breakfast haunt: Banana Bean Cafe. A visit to BBC last November marked my first taste of chicken and waffles ever, so in doing research for the article, I naturally thought of coming back there. 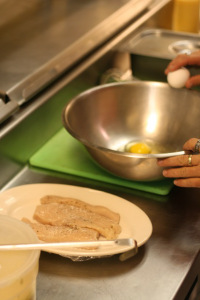 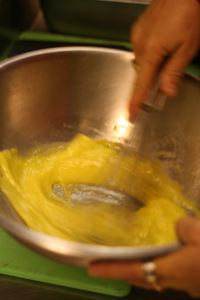 They introduced the dish two years ago as a special at their old Whittier space. The marinade is made with buttermilk and Holmes Amish eggs, then seasoned with cumin, fennel, and other spices. 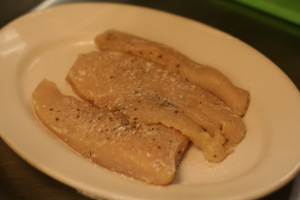 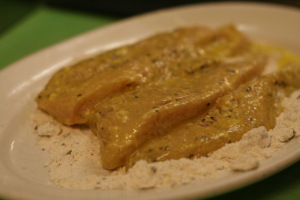 It gets a double dip from flour to buttermilk to flour. 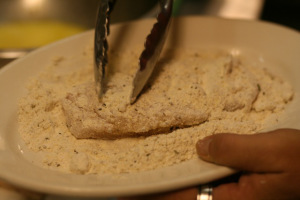 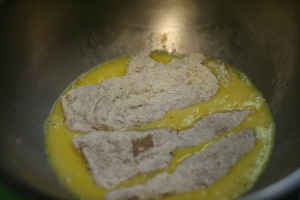 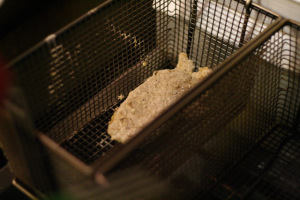 Then it spends about 10 minutes in the fryer. 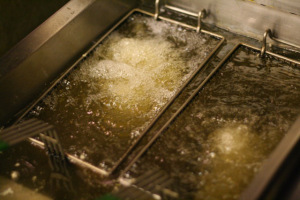 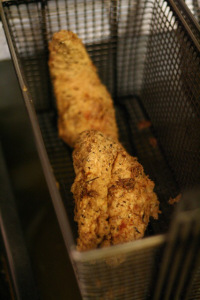 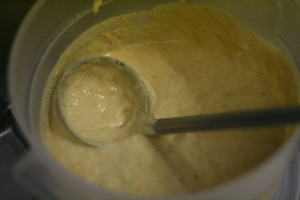 The waffle batter is made with vanilla, almond, and a hint of orange. 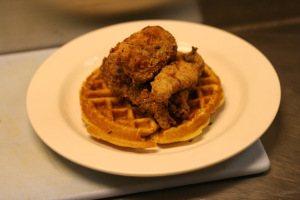 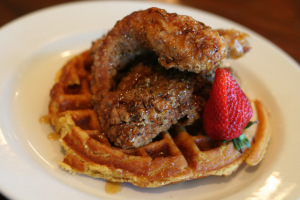 And the final product on the table. Robin serves her chicken and waffles with an apricot glaze instead of syrup (although you can still ask for syrup). But the glaze adds a different kind of sweetness to the dish; it successfully complements the almond flavors in the waffle. And then the chicken has a great savory crisp to it. Goes hand-in-hand with the waffles. 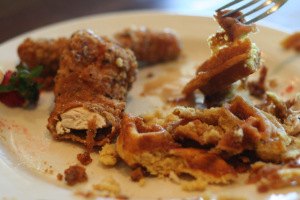 Filed Under: Breakfast
Tagged With: chicken and waffles, photos