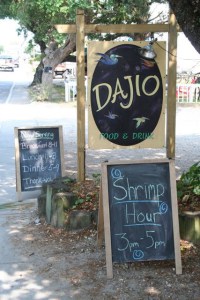 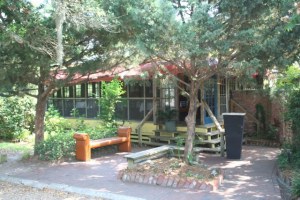 IMPRESSIONS: Dajio is a recent addition to the village on Ocracoke Island, taking the space occupied for years by The Pelican. With a nice central location in the village, right on the main drag of Irvin Garrish Highway, plus an inviting decor and outdoor seating, Dajio fits nicely into with island’s relaxed and colorful vibe. 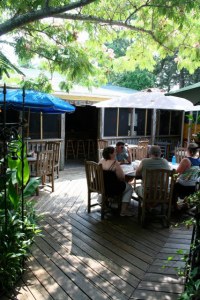 The name itself (pronounced “DAH-gee-oh”) is an acronym for Doug and Judy in Ocracoke. Like many who have set foot on the beautiful Outer Banks of North Carolina, owners Doug and Judy dreamt of living and working there, and Ocracoke Island’s particular charm drew them in after years of owning restaurants. They bring with them years of Kentucky cooking, and their restaurant’s real charm is in its blend of southern and island flavors. 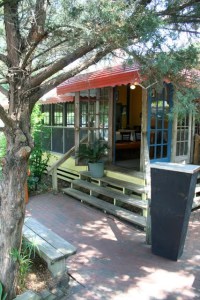 ATMOSPHERE: Dajio fits the island atmosphere perfectly. Their seating includes the front room of the house itself, a deck to the side, and a wooden covered shack. The restaurant is easy to get to by foot. There are only a few parking spots out front, but the village isn’t huge, so you could easily park at the official lot down by the ferries, and then walk up. Be advised: Ocracoke summers can be hot, and some sections of the patio will be in the sun. Yet the patio itself feels secluded from the street with a big brick wall and large trees. 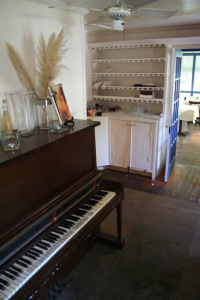 Inside is bright and cool, with a refurbished-house type of feeling. 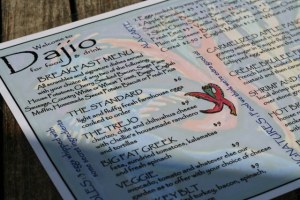 FOOD: Dajio has a small but specialized menu, organized simply as their Scrambles & Signatures. Each category features only five items, so Dajio has ten major items on their breakfast menu. I always take comfort in this. I would much rather see a restaurant do a small amount of things really well rather the “Cheesecake Factory Syndrome.” 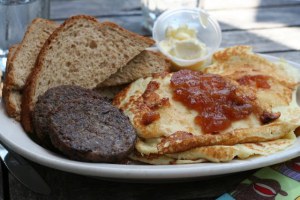 We visited Dajio with a big group, so we got pictures of a lot of variations.

Another nice thing about their food? It’s colorful. Breakfast can be a pretty bland-colored meal, but Doug and Judy and company manage to punch up the color here. Pictured above are the Carmelized Apple Pancakes with sides of the sausage and toast. Awesome. 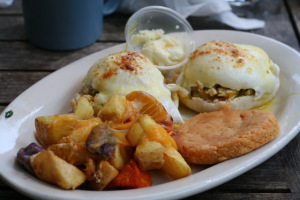 Eggs Blackstone, with sides of potatoes and the sweet potato biscuit. Some of our party weren’t sold on the biscuits, but I liked ’em. They were flat and dense, and only lightly sweet. 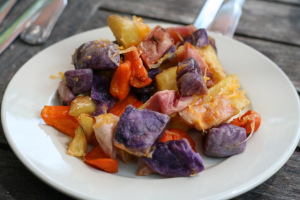 Look at these potatoes! This is what potatoes should be. Great colors, well seasoned. 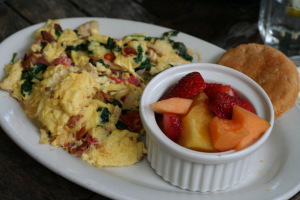 Turkey BLT scramble, with sides of the sweet potato biscuit and fruit. 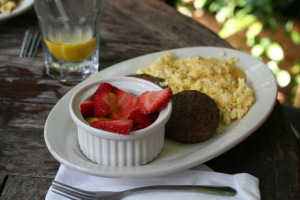 Standard scramble, with fruit and sausage. 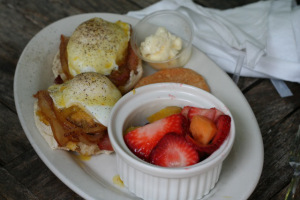 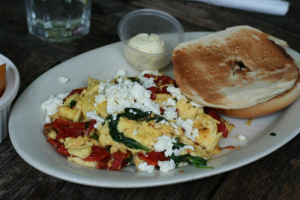 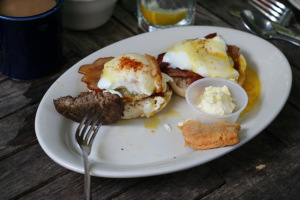 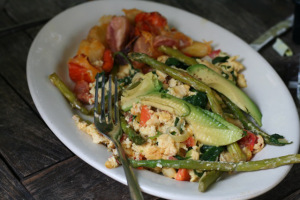 Veggie scramble, with potatoes. Look at those big pieces of avocado and asparagus! 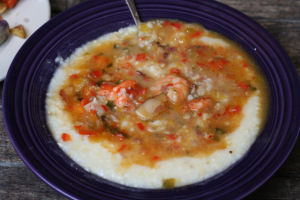 Shrimp and Grits, made with local shrimp and served with manchego cheese grits. Simply delicious. 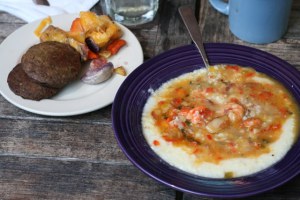 With some sausage and potatoes. 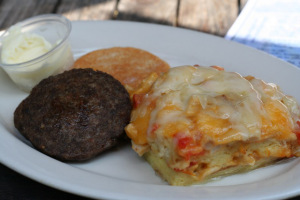 And finally, my dish. I had to try the Hot Brown Strata, essentially a lasagna-like version of the classic Kentucky dish. I’ve had hot brown in Kentucky before, and had to take the opportunity for more. This one layers turkey, tomatoes, bacon, eggs, with a white cheese sauce. It was really great. I also liked the sausage (good seasoning) and the sweet potato biscuits.

All in all, we were really delighted with Dajio’s food. Some items were a little better than others, but overall there’s a lot of colorful and creative things to try. 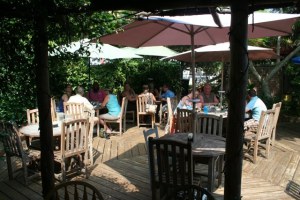 SERVICE: Our service was good, although our server was definitely stretched thin by the big crowd. And this was even on a mid-morning Monday. But she certainly handled the group well enough. The food came out pretty quickly, even though it felt a little longer as we were sitting in the hot sun. 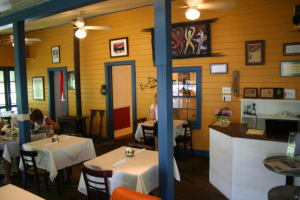 OVERALL: Our day trip to Ocracoke Island one of the highlights of our annual visit to the Outer Banks, and that’s been brightened all the more by Dajio’s arrival on the island. Doug and Judy have made good use of a central location, and they’ve taken island standards like seafood and grits, and ratcheted them up a notch with Kentucky influences. The result is a very colorful and delightful experience, and we look forward to it again next year.