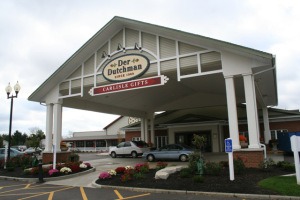 While out and about doing some final photos for the breakfast book, we stopped by Der Dutchman out in Plain City. I’ve written about Der Dutchman’s breakfast buffet before, but our last visit coincided with some massive renovations to the restaurant’s interior and exterior. Now it’s finished, so I had to post some updates. Their first point of expansion was creating a giant overhang out front, tall enough to accommodate tour buses unloading their passengers. 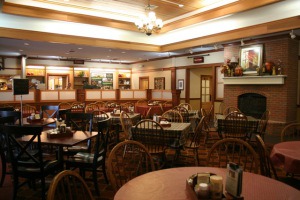 The former waiting area has been transformed into additional seating, all cozied up next to the big fireplace. 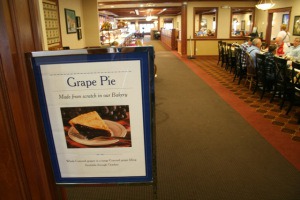 A new host stand guards the entryway to the full dining area, where they tempt you with pictures of grape pie. 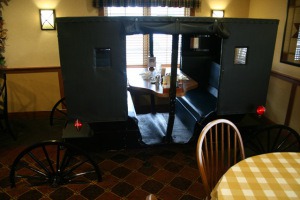 In one of the forward dining rooms, an Amish buggy has been modified into a four-seater. You can request to eat your meal in the buggy, which even has working lights. 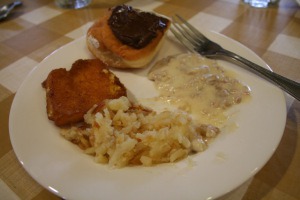 Of course, all of the new construction is designed to send you along the buffet line sooner. We just had to sample the buffet. To make sure it was still up to par. It is. 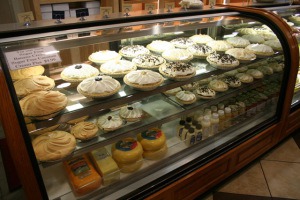 The bakery has been re-arranged and expanded slightly. The overall square footage isn’t that much more, but the space feels less crowded and easier to navigate. This gives you plenty of room to stare at cases full of pies… 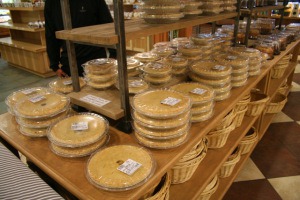 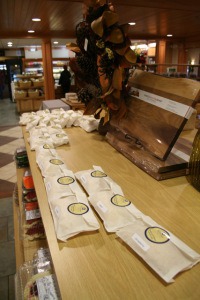 …and even stacks of little fry pies. 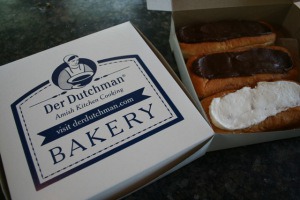 And of course, we couldn’t get a full appreciation of the new renovations without bring a box (or two) of longjohns home with us.