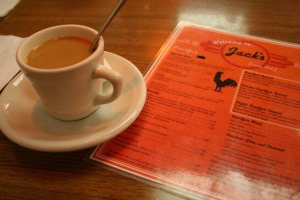 I declared last week Breakfast Week Columbus! It was a fun week of me eating waaaay too much breakfast, but also getting to meet a lot of folks. Thanks for everyone who joined me. Here are a few pictures of what you missed… 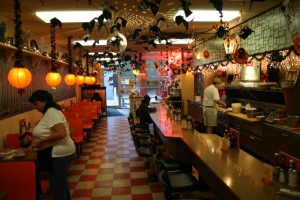 On Tuesday we visited Jack’s Sandwich Shop downtown. Jack’s is an old-school diner hidden down Lynn Alley downtown. Chris Kowalski, the owner, decorates for every major holiday. That week, you could catch his Halloween decorations. 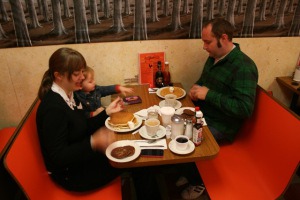 We were joined for breakfast by Emily, Bo, and Daniel! 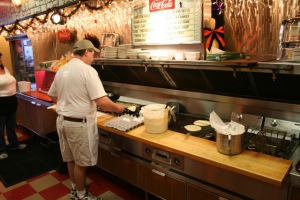 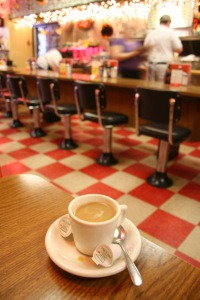 You can’t visit a diner without having a cup of diner coffee. 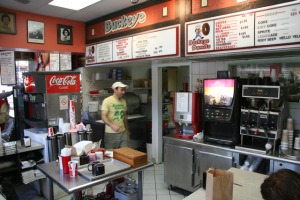 Thursday I spent an hour at Buckeye Donuts, where Jimmy Barouxis and his crew feed hungry college students twenty-four hours a day. 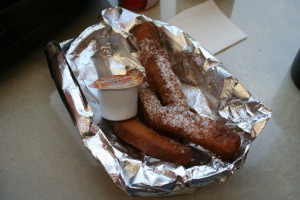 My son Will tried some French toast sticks. 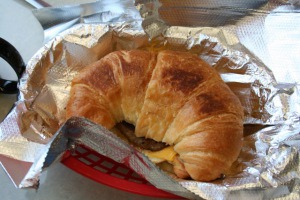 I had a breakfast sandwich of sausage, egg, and cheese on a croissant. 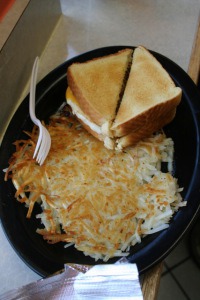 Chuck, who met us at the restaurant, had a plate of hash browns and toast. Chuck said he was a senior at Ohio State when Buckeye Donuts opened. 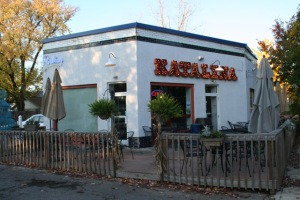 Last Friday we camped out at Katalina’s Cafe Corner. I never pass up a chance to eat there, and neither should you. 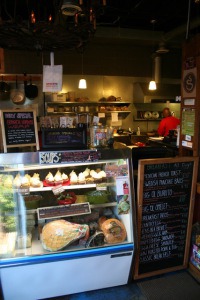 In the colder months, Katalina’s feels like a warm little kitchen. 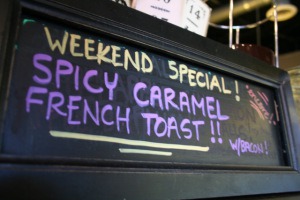 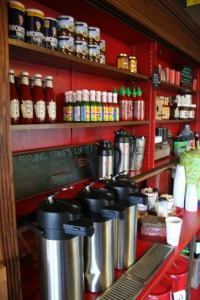 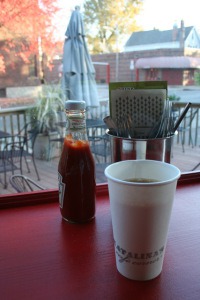 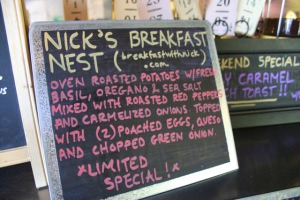 They had another special named after yours truly (bucket list!) called Nick’s Breakfast Nest. 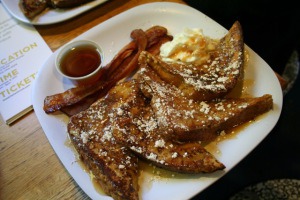 I, however, just couldn’t resist the French toast special. It sounded too good. The French toast was perfectly soft, and the spice of the caramel builds nicely while you eat it. 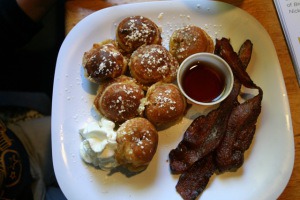 My son opted for his favorte: the Latin pancake balls filled with Nutella. I ate most of his sweet and spicy bacon. 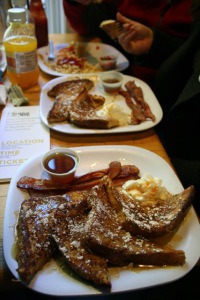 Overall, a full week of delicious breakfast! It led up to a very fun release party. And the book is now available!