Like everything else in the culinary world, Columbus’ breakfast scene continues to change and evolve. Here are some new breakfast and brunch options that have opened recently, or will be joining the scene soon! 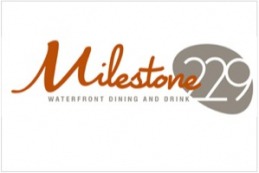 Downtown breakfasters and brunchers are getting more options these days. Cinco, located at the corner of Broad and High in the Huntington Building, has started offering breakfast burritos and tacos, as well as yogurt, hash browns, pastries, and coffee. Milestone 229 also introduced brunch to their menu, including dishes like quiche, eggs benedict, huevos rancheros, grits, and chicken and waffles. You can now enjoy some tasty comfort food in their prime location overlooking the Scioto Mile fountains, the river, and the Main Street bridge.

L’Appat Patisserie, which was “coming soon” for a long time on the corner of Long and Third Streets, has moved and finally opened on Oak Street in Olde Towne East. Although not strictly serving breakfast, L’Appat still offers a range of pastries, tarts, and cakes. In L’Appat’s place, Flaxella Cafe has now opened. Owner Godofai Tgiorgis sells coffee and espresso, plus bagels, breads, and muffins. Many of his products will, yes, feature flaxseeds.

In the Short North, Justin Boeheme of Da Levee has started serving Sunday brunch. He’s giving Columbus unique offerings like eggs and rice on magic toast, jambalaya, and spinach and mushroom etouffee, as well as breakfast burritos and sausage gravy and biscuits.

In the world of chain restaurants, Waffle House has announced that they are going to open a location across from Ohio State’s campus, at 1712 N. High Street. You can read a feature about it on Columbus Underground here. As the article states, this will be the first of Waffle House’s “urban” locations in Central Ohio. All others are stand-alone buildings, close to highways and other major roads. Panera announced a few months ago that it would expand further in the Columbus market. They started the process on October 26 by opening the country’s largest Panera on Lane Avenue across from the University.

There are more openings and closings on the horizon, too. If you’re a fan of Dragonfly Neo-V’s brunch, you need to get there by the end of 2011. On January 1st, Dragonfly will close to re-form and renovate into Till, a neighborhood bar and restaurant focused on biodynamic food. The On the Fly space, part of Dragonfly’s operation, will become Glaze, a small bakery serving artisanal donuts. You can also keep an eye on Dempsey’s Restaurant, scheduled to open soon on 346 South High St. across from the Franklin County Courthouse (and around the corner from the Jury Room). Keep track on their progress on Facebook or through Twitter.

Finally, there’s a breakfast burrito food cart called Dos Gringos that’s set to open any day now. They’re planning on setting up  on 13th Avenue and High St near Ohio State. You can follow them on Facebook and Twitter.