Photos: a tour of Auddino’s Bakery 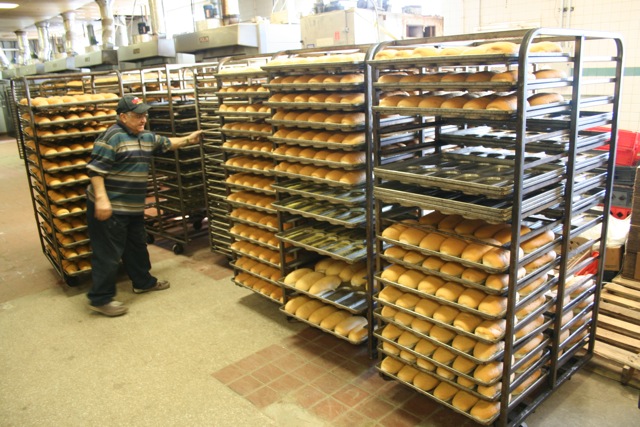 This is a little bonus post to go along with my recent one about Auddino’s Bakery. When we visited the bakery, Mr. Auddino offered to take us on a tour around the facility. The pictures I took mostly show rack upon rock of bread, so I thought I’d save them for a separate post. 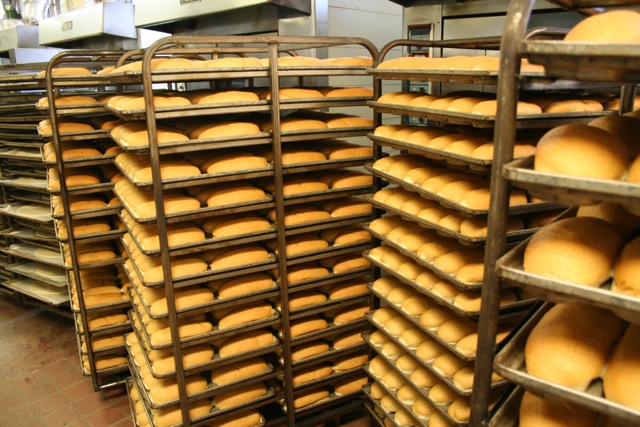 The back rooms contain shelf after shelf of fresh-baked bread. You can imagine the smell. 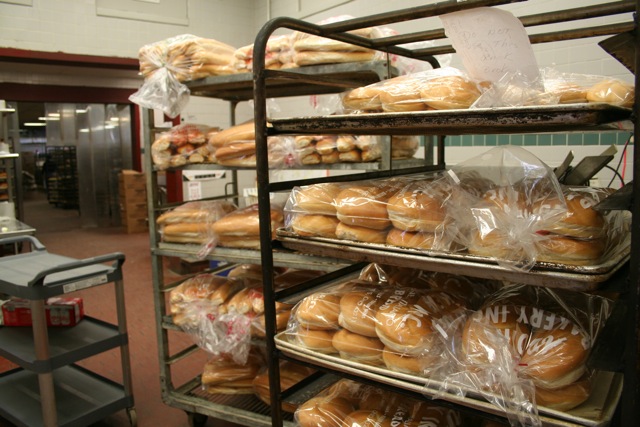 He kept taking us into rooms further and further back. Just when I thought we’d hit the back of the facility, he’d squeeze us through another doorway to find another half-dozen people hard at work. 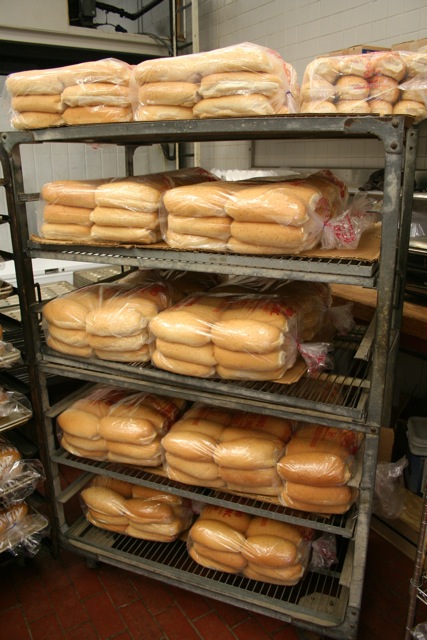 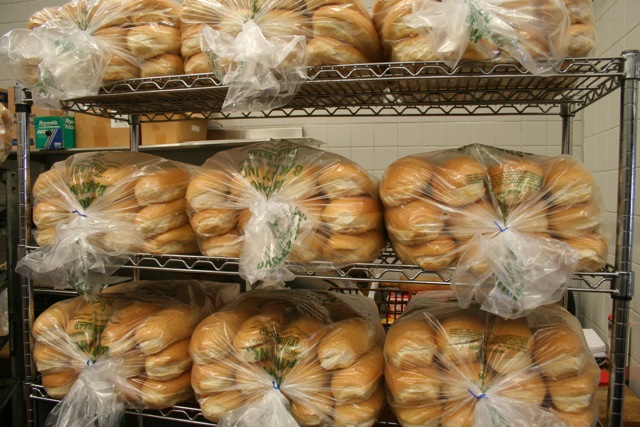 It’s an incredible amount of baked goods they produce. 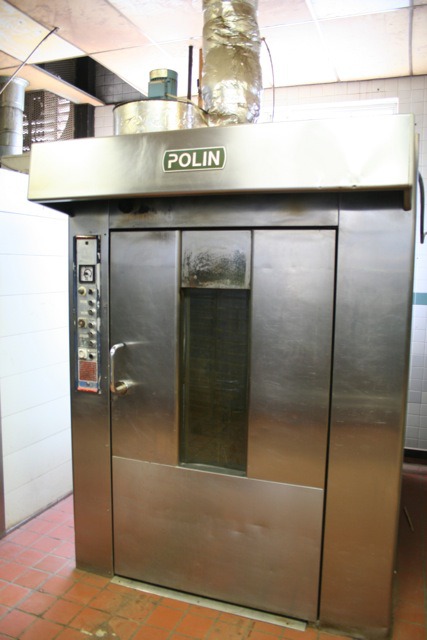 Much of this baked in one of several large ovens. 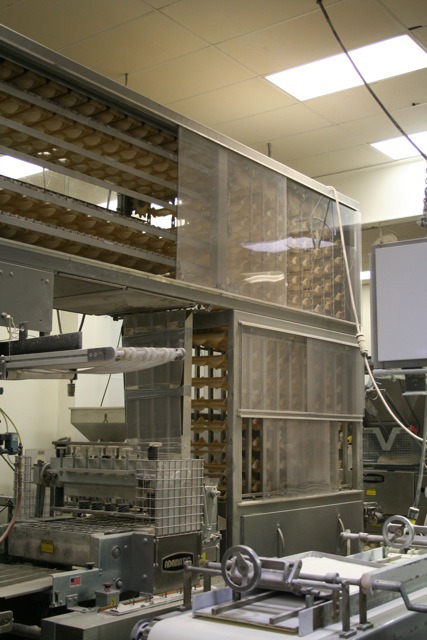 One of the more impressive machines makes the rolls, hundreds and probably thousands of them. We watched the dough balls move along all the levels of the conveyor belt. 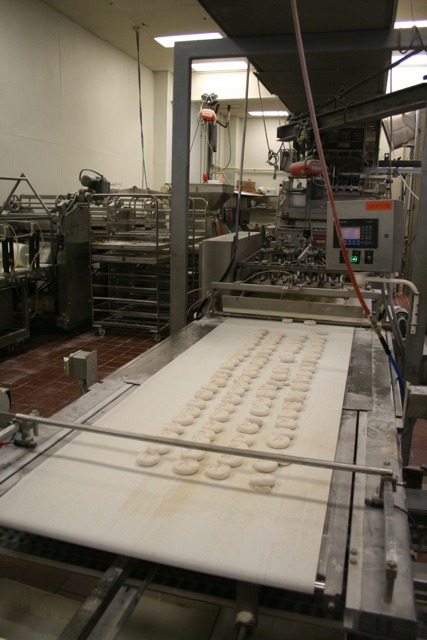 And out one end. 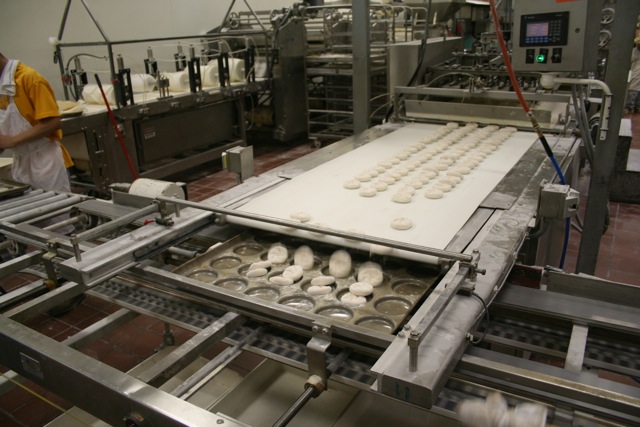 Where they’re slid into trays for further proofing. The conveyor belt quickly retracts, dropping the dough right into their slots. Someone (just to the right of the picture) then pushes the tray out of the way with a stick, making room for the next one.

We also saw the upstairs of the facility, where they make the donuts. But because production was done for the day, I didn’t take any pictures. But this is at least a taste of what we saw that day!