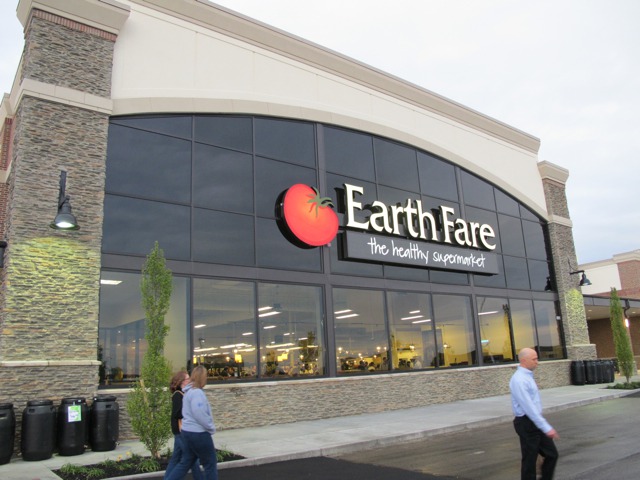 The good folks from Earth Fare Columbus invited me to their grand opening day last week Wednesday. I had never heard of Earth Fare before they contacted me, even though they have 26 stores total, 4 of which are in Ohio. The chain of health food markets (similar in style to Whole Foods), is based in North Carolina. This store is their first in Columbus, located up on Gemini Place in the Polaris area, right next to Costco. 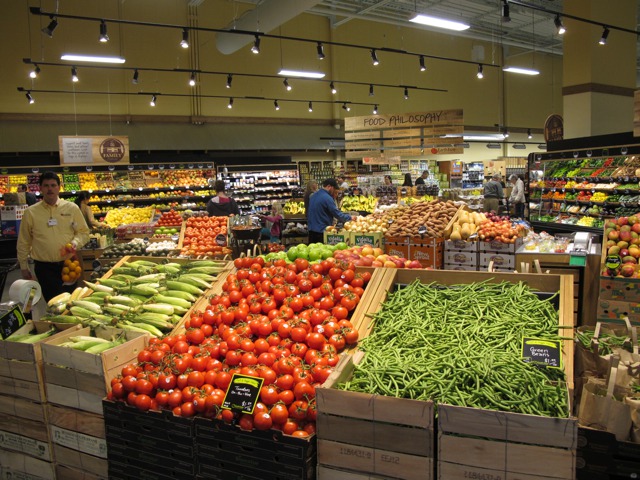 As you can imagine, for opening the day the store looked impeccable. Beautiful produce laid out, lots of employees to greet new customers.

Earth Fare wears their food philosophy on their sleeve, and they ask customers to hold them to it. If you find something on their shelves that doesn’t keep to their philosophy, they’ll ask you to show it to someone. 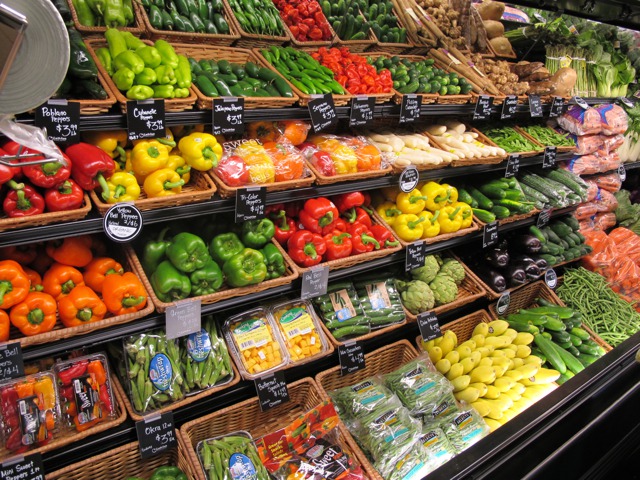 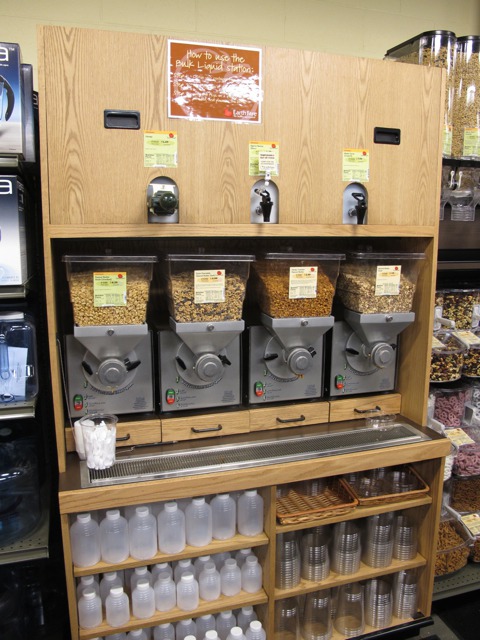 Naturally, I’m curious to see anything breakfast-related, so when our guide mentioned bulk maple syrup, I was all ears. You can purchase the syrup – Grade B – by the pound, in the same place you can get fresh-made peanut butter. 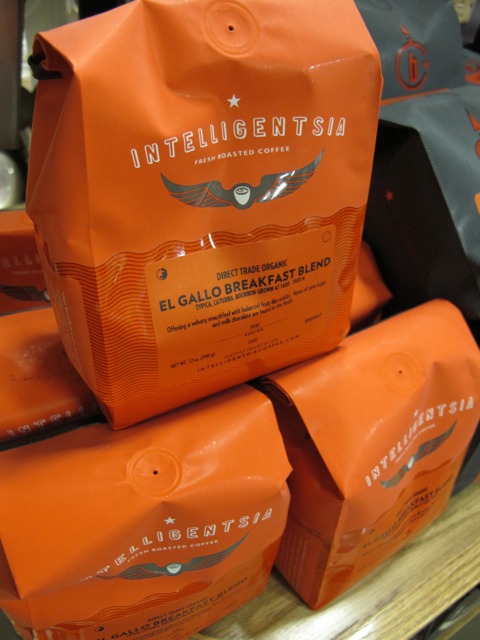 When we came upon the coffee section, I was impressed to find Chicago-based Intelligentsia represented. 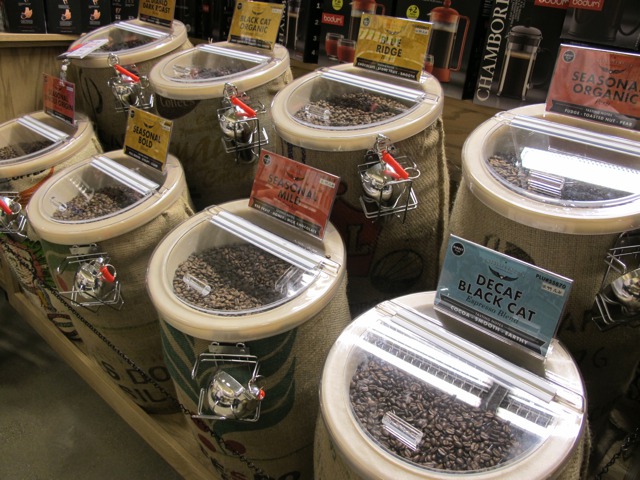 There aren’t too many places around Columbus that serve or sell Intelligentsia beans. Nice to see them in bulk. 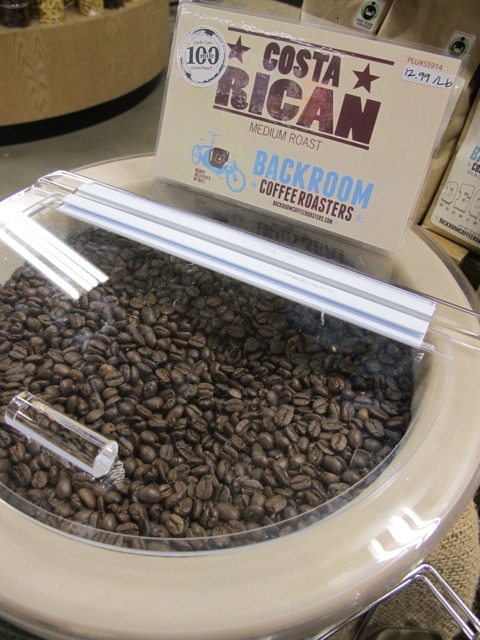 But I was even more excited to see Columbus represented! Earth Fare seems to pride itself on selling local goods (and specifically local to each store, not just local to their base stores in North Carolina). So I was happy to see barrels of Backroom Coffee Roasters‘ beans, too. I made a point to buy a couple pounds of it. 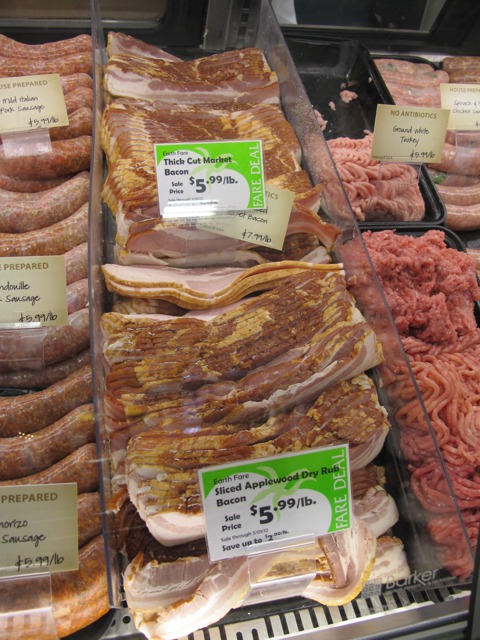 Bacon! Nice thick cut available, although we found they do not smoke it in-house. 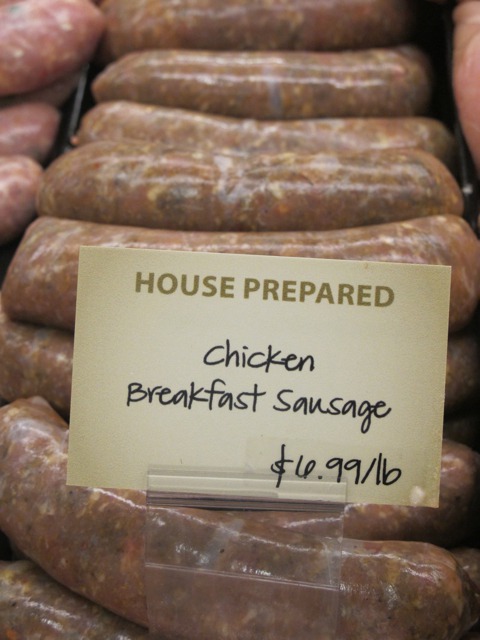 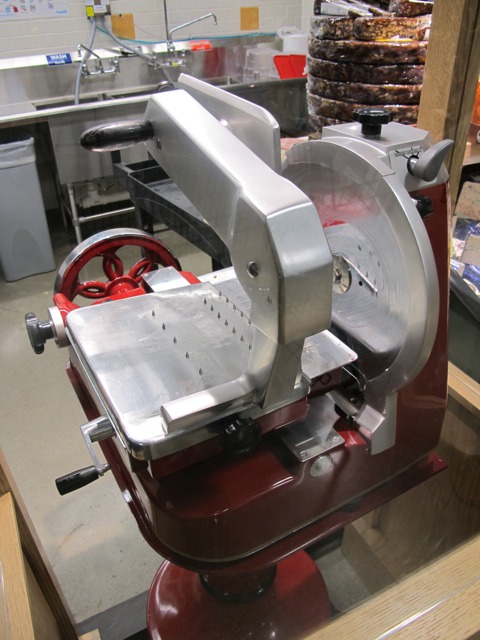 They have a charcuterie station as well. You can try a slice of anything they have there. They’ll cut on their old-fashioned slicer, which works purely on mechanical power, not electrical. 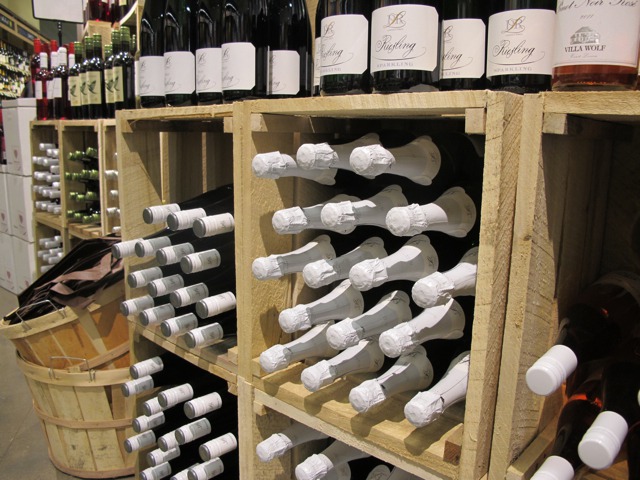 Pretty significant beer and wine section, too, although I’d like to see their beer selection include more local brands. At present they have the standard selection available in any grocery. Ohio is represented somewhat: Hoppin’ Frog, Great Lakes, etc. But they need more Columbus local represented: Columbus Brewing Company, Elevator, any of the new breweries starting this year. Points, though, for having Rockmill Brewery bottles available. 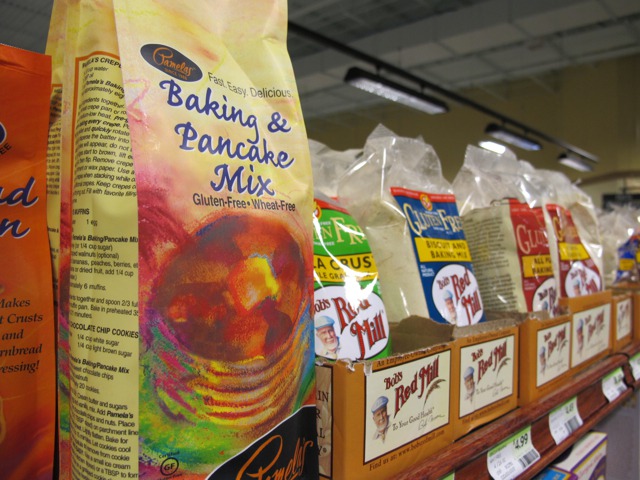 Many gluten-free items, too. They use wooden shelving (see the bottom right of this picture) to indicate GF items throughout the store. 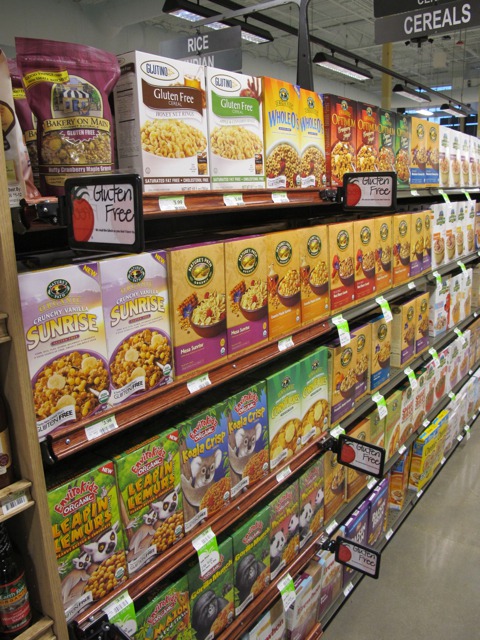 Lots of cereals, too!

Overall, it’s a beautiful store, nice and clean and new. It’s smaller and easier to get your head around than, say, a large Whole Foods store, so it’s a little less intimidating, especially if you’re easily overwhelmed by organic or gluten free options. So far they have a good selection of local goods (they define local as within 100 miles of the store), and I hope they will expand as they settle into the market. I’d love to see more Columbus coffee roasters, Ohio beers and wines, Snowville Creamery milk, and more Ohio cheeses.

If you want to visit:
Earth Fare Columbus
1440 Gemini Place
On Facebook
@EarthFareCBUS

(Disclosure: Earth Fare Columbus invited me to visit their store, to shop there, and write about it. Opinions remain my own.)