Beyond Breakfast With Nick: Seafood on the Outer Banks 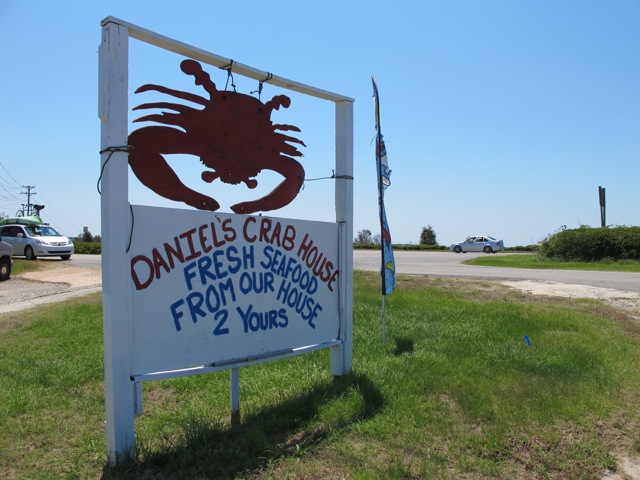 Our annual Outer Banks vacation means many things for us: time together as a family, getting to play in the waves and sand, catching up on reading, visiting the small towns along the Banks, and eating lots of seafood. As you make the journey to the Banks (and understand that one of the only ways to get there is to enter from the north, taking rural routes through Virginia and North Carolina), you encounter more and more signs boasting local seafood. We stay fairly far south on Hatteras Island, and as we travel down the coast to our destination, one of our first stops is to pick up fresh crab at Daniel’s Crab House. It’s not much more than a small shack on Pamlico Sound, where a tiny crew is steaming, peeling, and packaging fresh crab. 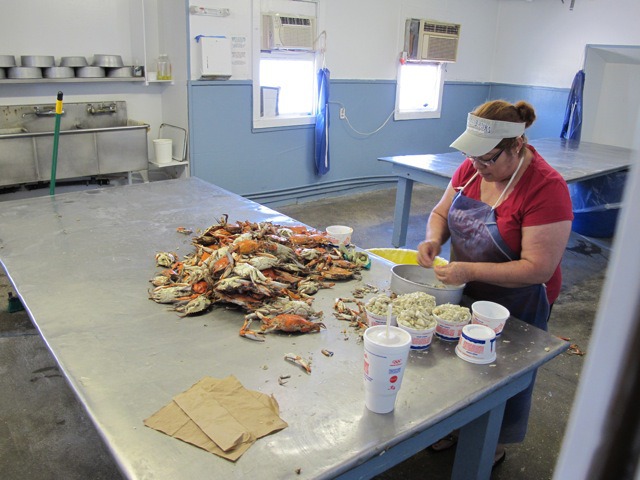 At the tiny counter, which is really just a large box filled with ice and bins of crab, you can catch a glimpse of the crab-peelers at their work. It’s amazing how quickly and smoothly they move. 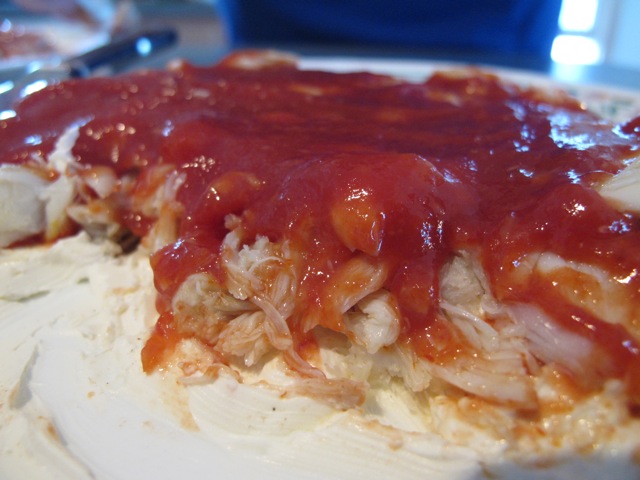 One of our favorite things to do with the crab is to a make a simple dip out of it: layer of cream cheese, one pound of crab meat, and Grandma’s homemade cocktail sauce. Crackers for scooping. It’s a simple pre-dinner treat, and with a crew like ours, it gets polished off quickly. 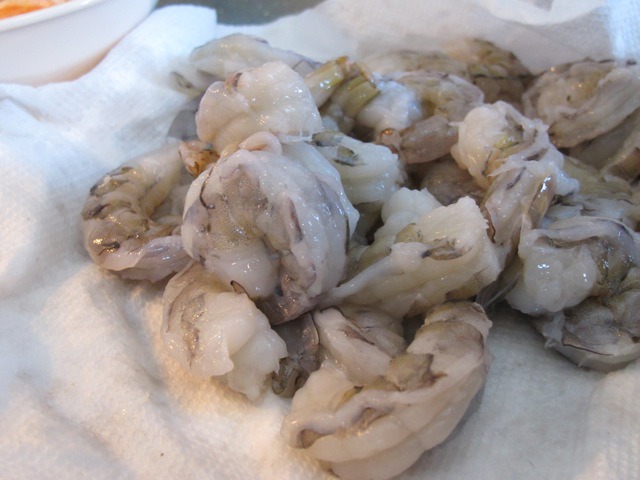 Another favorite is shrimp. Many times we’ll get a couple pounds at a seafood store, steam it, and then dunk it in homemade cocktail sauce. In recent years, however, we’ve amped things up by making our own shrimp and grits. Allow me to demonstrate… 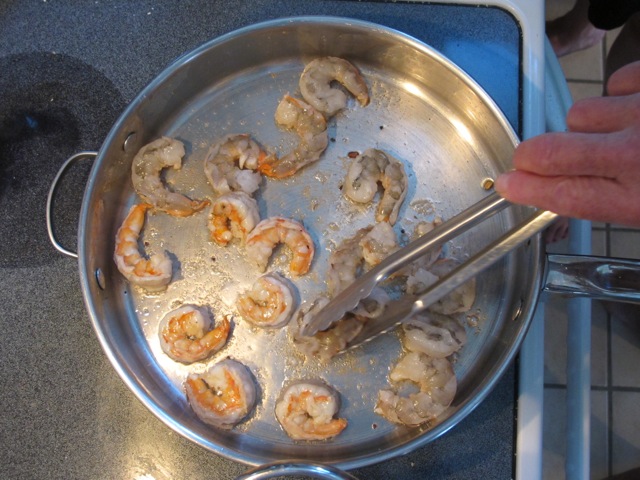 First, peel, clean, and de-vein the shrimp, then toss them in a pan. They cook quickly – usually only 30 seconds a side – so keep an eye on them. 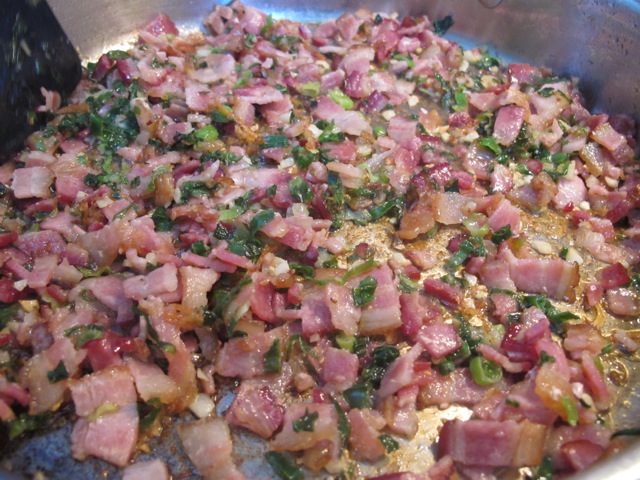 Once the shrimp is done, remove it and set aside. While you’re preparing the shrimp, cook some bacon and chop it. Toss it in the pan with shallots, seasoning, and herbs of your choosing. 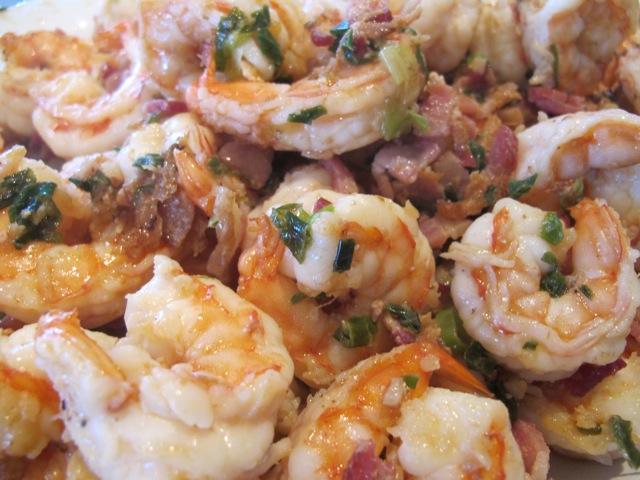 When the bacon has cooked down, toss in the shrimp, mix it all together, then remove it from heat. 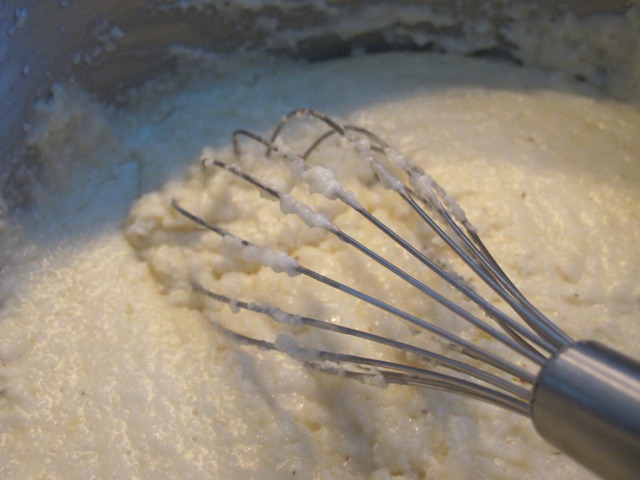 Oh yeah, while you’re doing that, cook up a big pot of grits. Once the grits have cooked thoroughly, we like to stir in some butter and a cup or two of a sharp cheddar (like Dubliner). 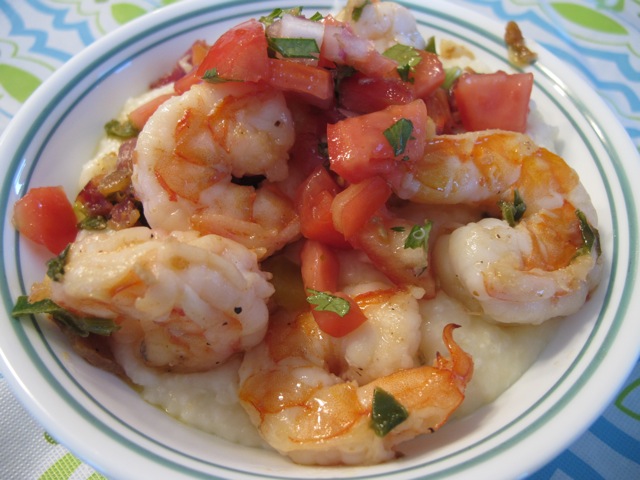 Plating is fairly simple: a big dollop of grits, a scoop of the shrimp/shallots/bacon mixture, and then we garnish it with a fresh salsa of tomatoes, onions, garlic, cilantro. Sometimes we’ll make a small batch of guacamole and put a small gob of that on top, too. 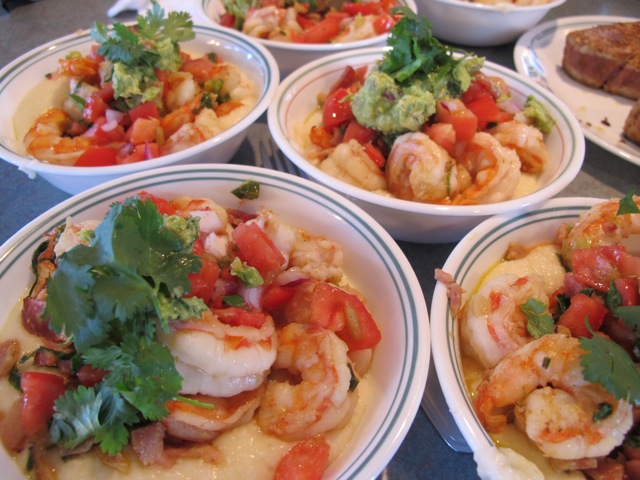 This is a great dish to make for a crowd. All of the ingredients are easy to make in bulk. Your only real limitation is how much shrimp you have and how many you want per dish. 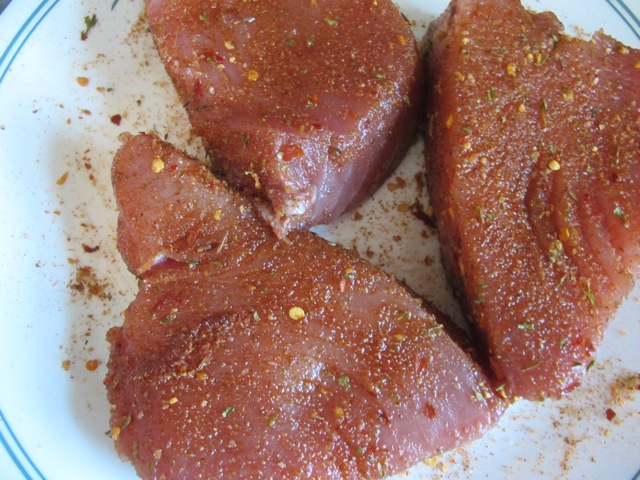 One night, we went all out and made the shrimp and grits plus some fresh tuna. Tuna is one of my favorite types of fish (especially rare), and you can cook it easily. We just sprinkled the steaks with a mix of seasoning and then cooked it in the same pan as the shrimp. 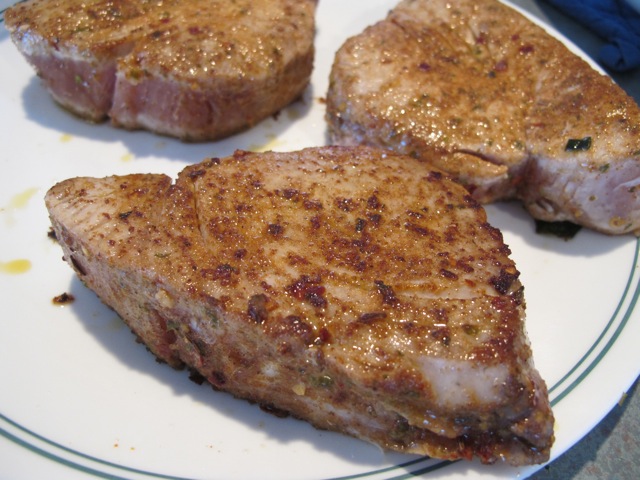 We like it fairly rare (look at the one in the upper left), and we often joke that in order to cook it, you simply wave the tuna over the grill and call it done.

And there you have it. One of the many reasons why we love the Outer Banks. Simply put: good, fresh fish.