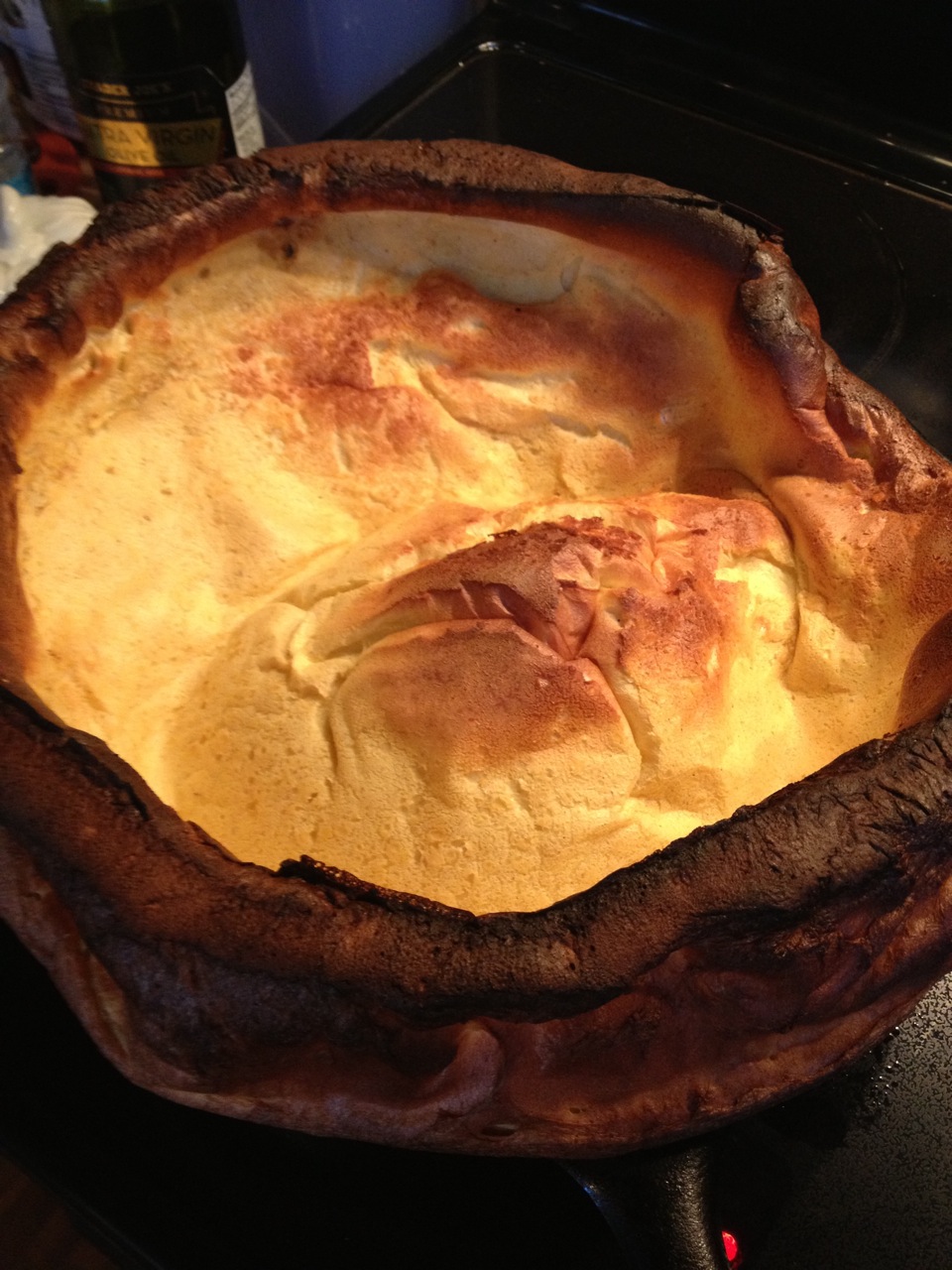 My boys are early risers like their father, so when I find myself suddenly awake and active at 6:45am on a Saturday, I’ve got the time to fix something more than just a bowl of cereal. Just recently Sam over at Pie Are Round (which I just got, Sam: pie are round, as opposed to pi ‘r’ squared – ha!) posted a recipe for Dutch babies. I haven’t had a Dutch baby since we visited Helser’s in Portland a couple years ago. But the simplicity of Sam’s recipe was tempting, since you make it with ingredients you’re likely to have around like flour, eggs, milk, sugar, salt, etc., and with the extra time I decided to give it a go. I’ll let you look up the specifics of the recipe on Sam’s blog, but here’s the end result. I was amazed at how much it puffed up, starting from a small pour of batter in the skillet. 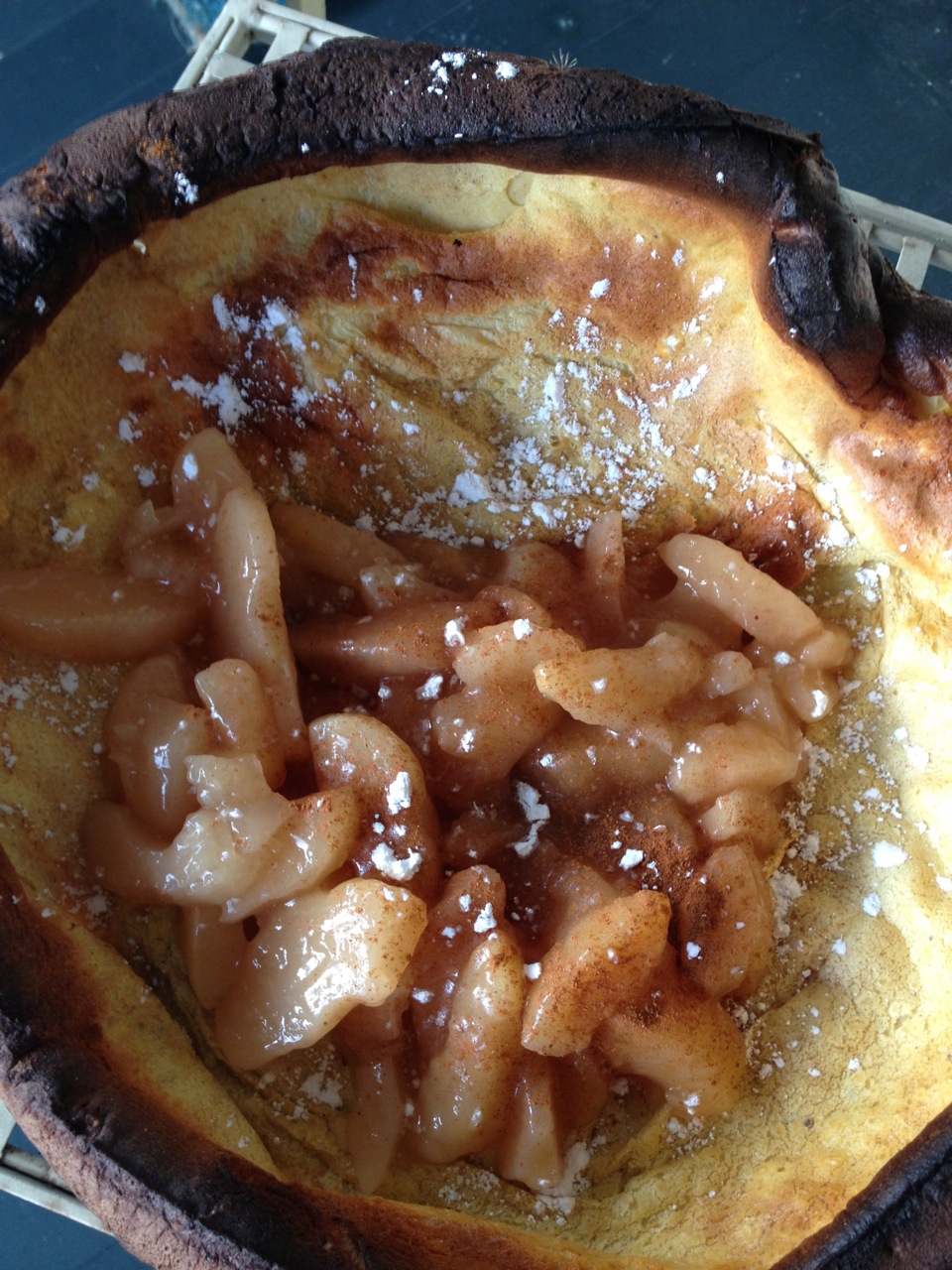 Following Sam’s lead, we filled the pancake with apples (canned apples, boo – next time we’ll use homemade ones), plus a sprinkling of cinnamon and powdered sugar, and a slight drizzle of syrup. 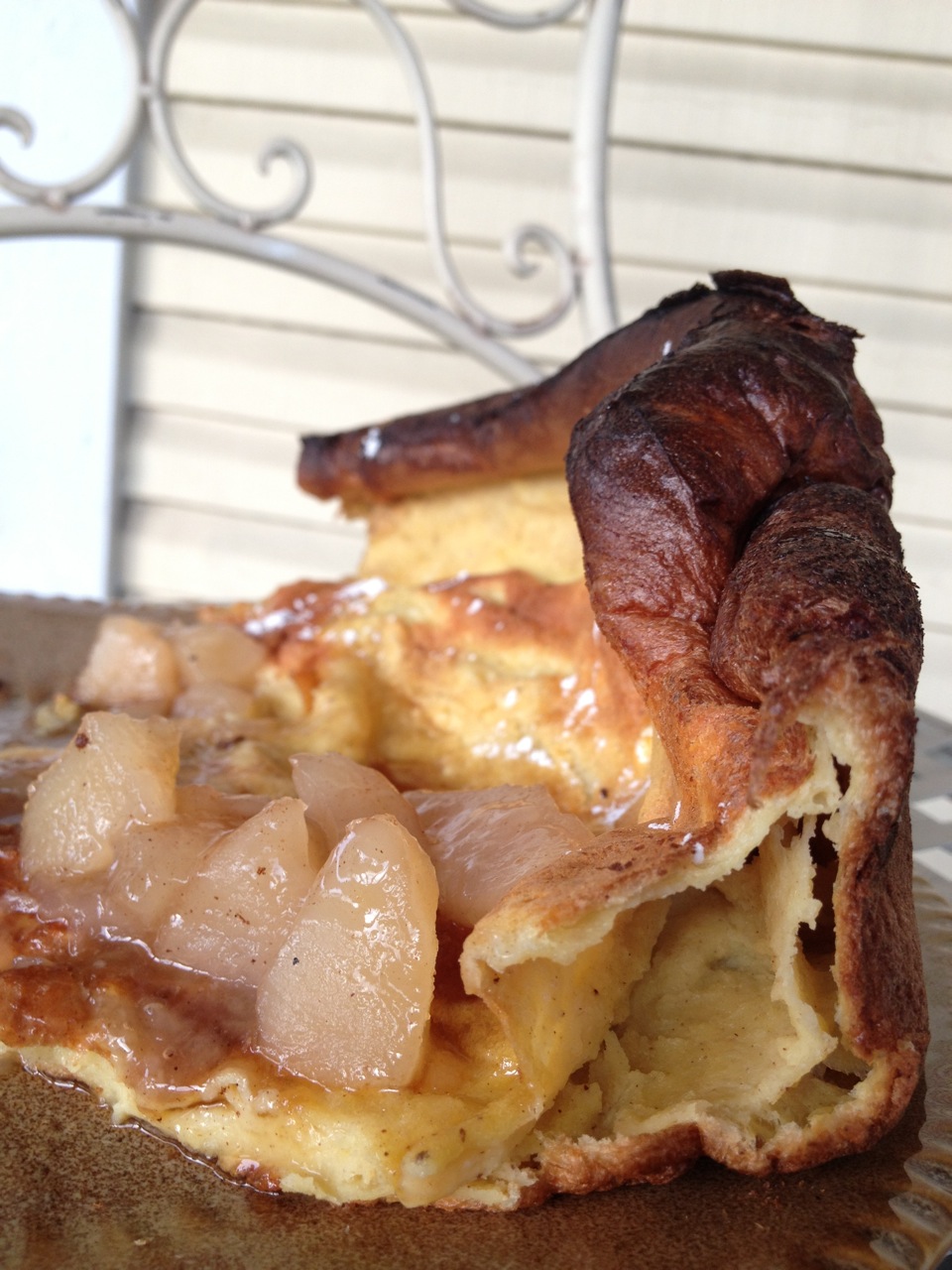 Look at how high it expands. I’m adding this recipe to the repertoire, although I might drop the cooking time from 20 minutes to 18, and I’ll lower the pan to the bottom rack of the oven, as the top edges were a little crispy. Still, this is an easy and tasty recipe that’s versatile: you could dress it simply with sugar, lemon juice, or syrup, or choose a variety of fruit toppings (the apples are very good), or even with savory bites like scrambled eggs and sausage.

And I had to look up the origins, given my Dutch background. Dutch babies are also frequently called German pancakes, but the “Dutch” name comes from the Pennsylvania Dutch; they were mistakenly called “Dutch” upon immigration because of their speaking of “Deutsch.”