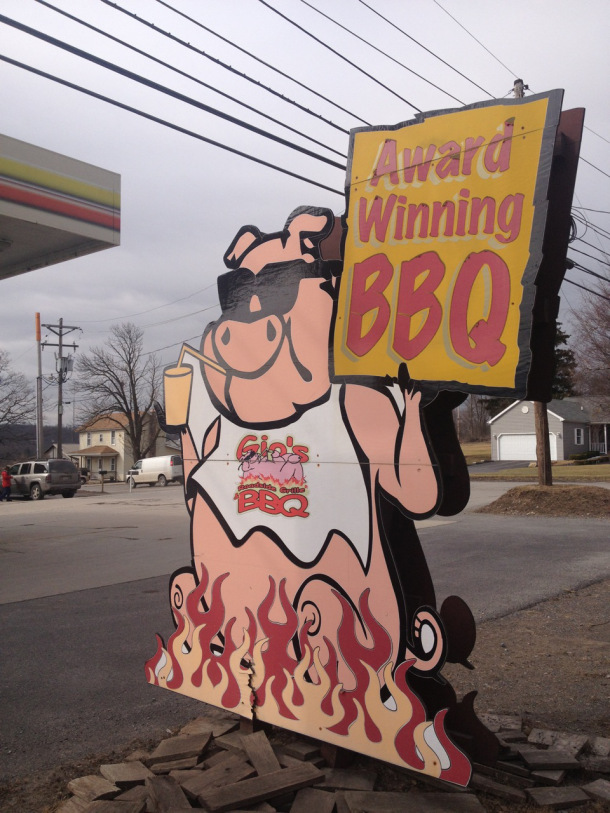 Spring break yielded some culinary adventures for us, as we trekked across the Commonwealth of Pennsylvania. What about a little bit of road food? 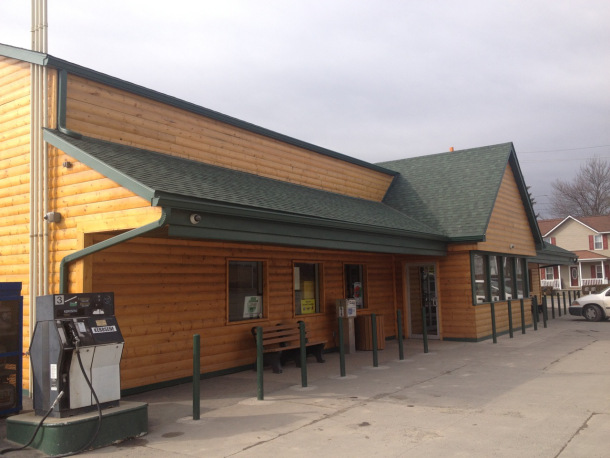 The best road food shows up in the most unexpected places. In this case it was a barbecue joint… inside a gas station… a little ways outside State College, PA at the intersection of routes 970 and 322. If you’re traveling to or from Penn State on the western side, chances are you’ll pass by this gas station. And when you do, you can stop for lunch. 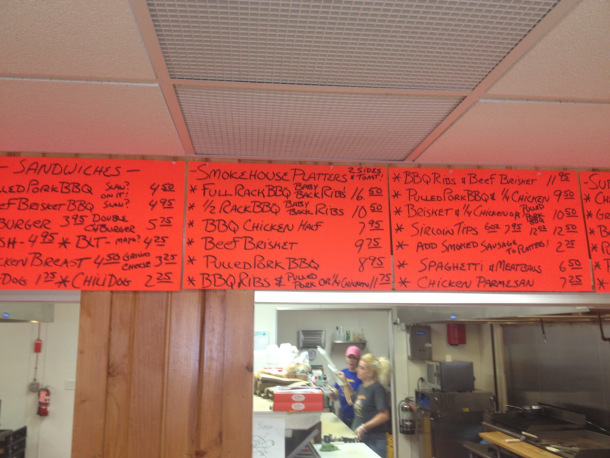 The building itself is half gas station convenience store and half restaurant. Dead center is the counter with hand-written menus on bright orange cardstock. The moral here is not to let the simple exterior fool you: this food goes far beyond the typical gas station Slim Jims and overcooked hotdogs. The wafting smell of smoky barbecue and the small army of cooks in the kitchen tell you that locals and travelers alike keep this place busy, and for a reason. 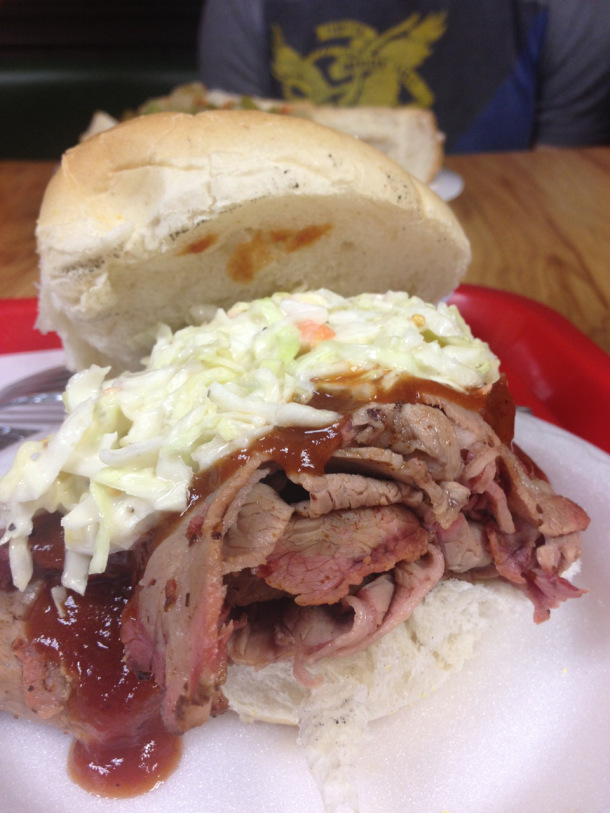 Case in point: the beef brisket sandwich. Smoky and flavorful, sliced thin and piled on a bun with cole slaw and a Carolina-style sauce. 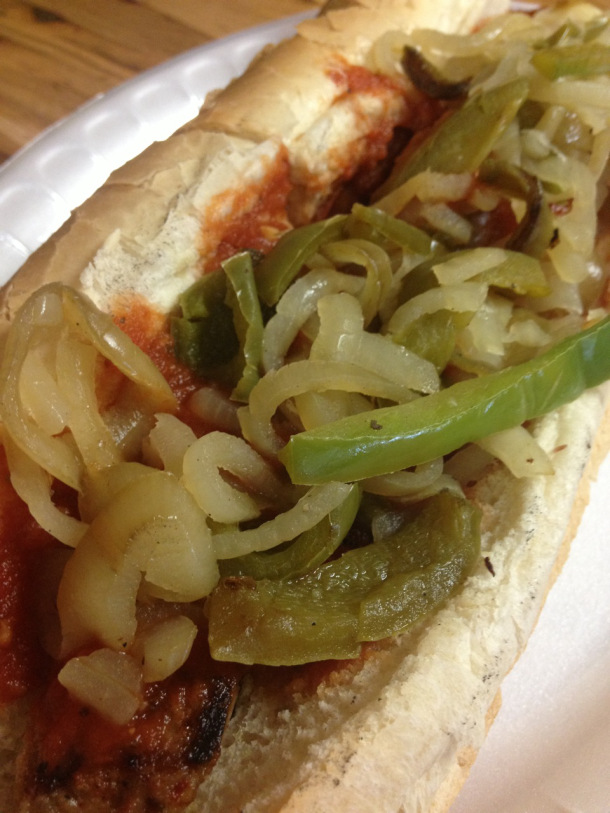 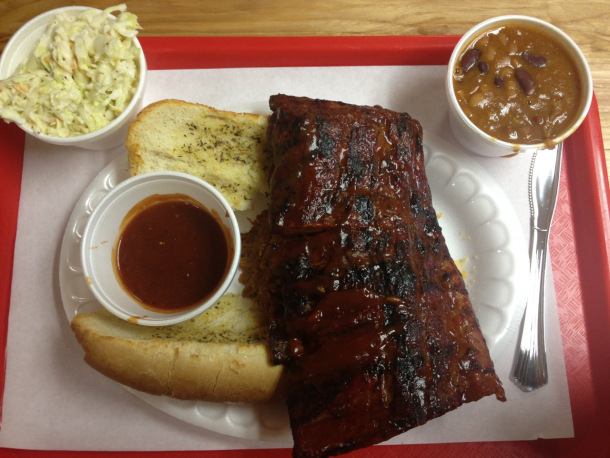 The half rack of ribs with a generous mound of pulled pork hidden below. 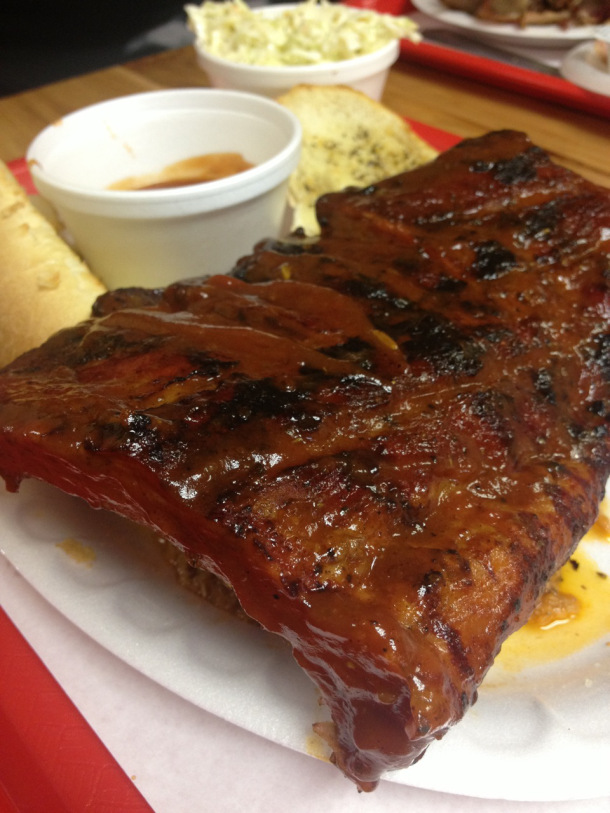 The ribs were a tad on the dry side but smoked appropriately. They pulled apart easily and were sauced without being drowned. In other words, the meat was given a chance to shine, rather than having its flaws hidden by slopping on the condiments. 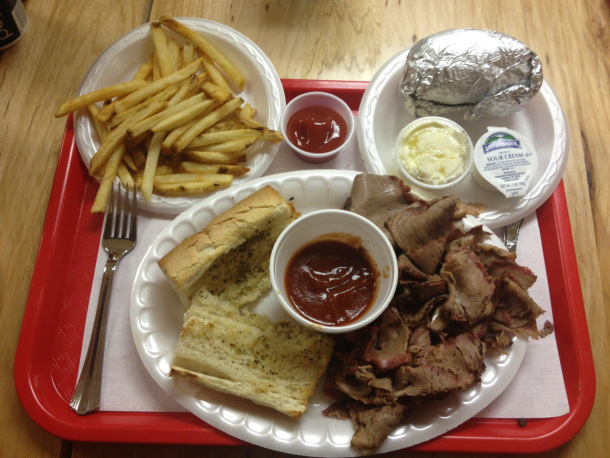 A small beef brisket platter. All of the sides were done well, but the side of sauce with each dish really stood out to me. It was rich, tomatoey (that’s a word, right?), and surprisingly tangy. Made for excellent dipping of said sliced brisket. 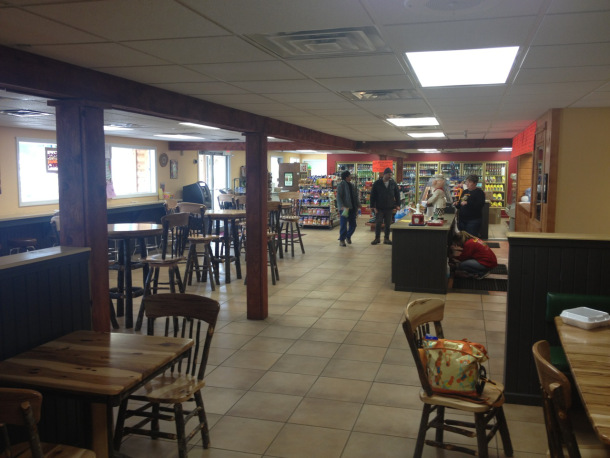 We caught the restaurant before a big lunch rush, but even so there were always 2-3 people at the counter, getting BBQ in-house or to-go. 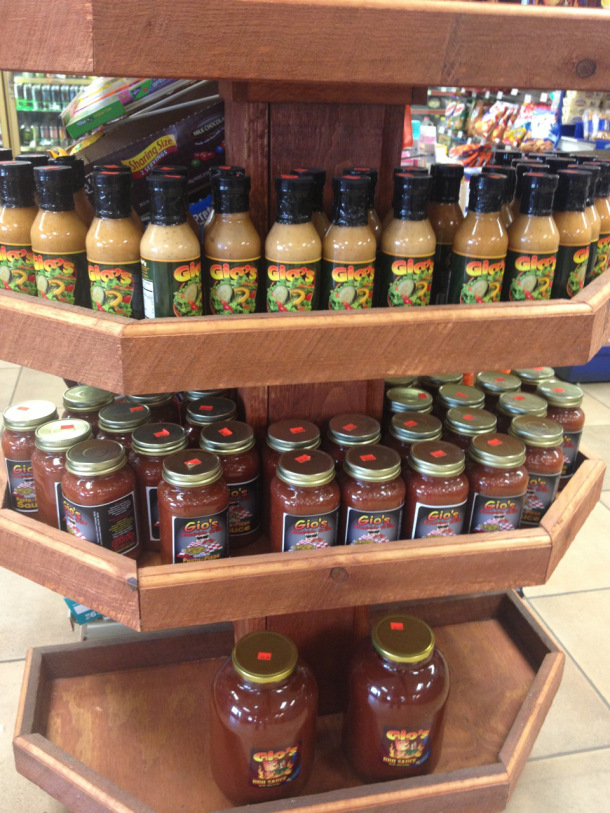 Gio’s sells their sauce, too. A big sign above the display boasts of the awards they’ve won. Side note: maybe I don’t know BBQ well enough, but sometimes awards for BBQ seem like Grammy’s. So many people are awarded so many different prizes that I don’t know if it really counts for something. Not that I’m holding this against Gio’s in particular. Just making an observation. 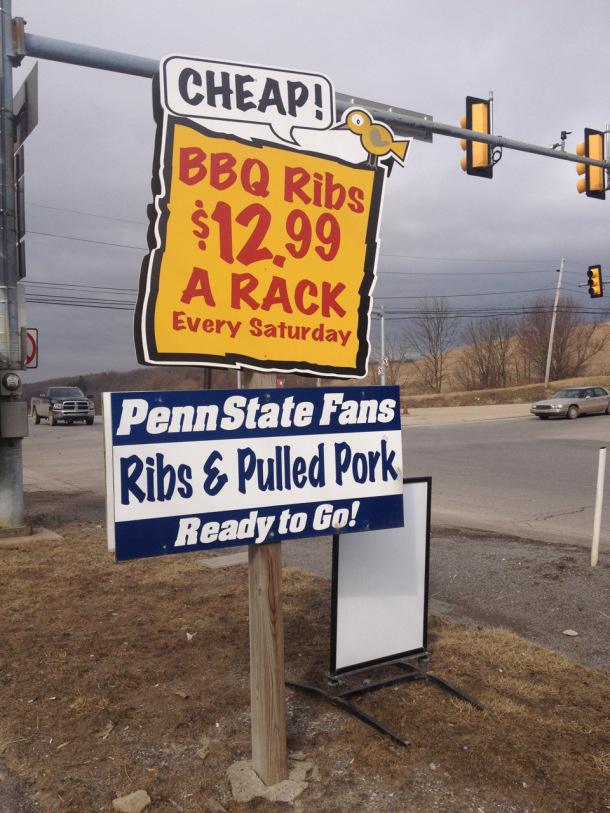 Overall, a worthy stop if you’re trekking up and around the foothills of central Pennsylvania. Gio’s knows their audience well, with specific signage to address Penn State aficionados.

Filed Under: Beyond
Tagged With: barbeque, beyond breakfast, Pennsylvania, Woodland