Photos: a burrito named for Yours Truly 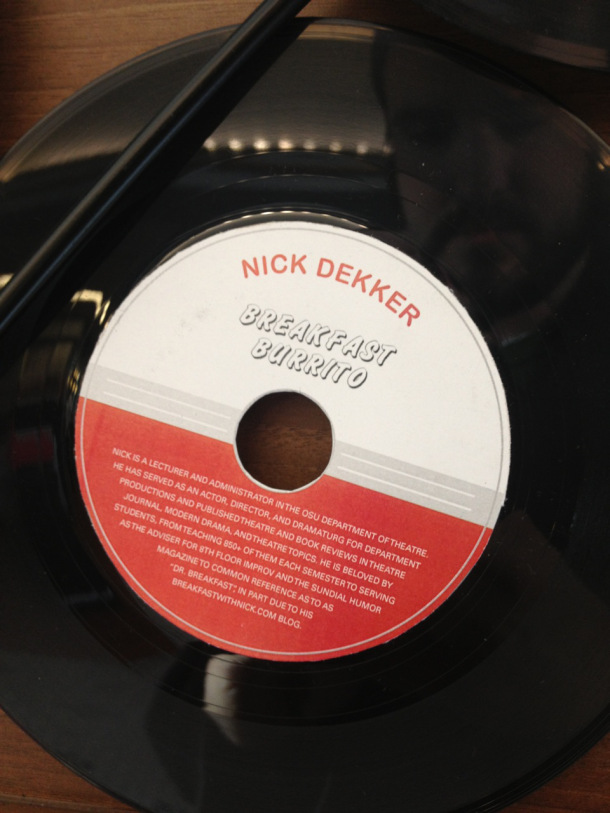 It’s been a blog-long dream of mine to get breakfast dishes named after me. And I’ve had a couple temporary wins: Nick’s wings and waffles at The Best Breakfast & Sandwiches, for instance, or Pancakes With Nick at Sunny Street Cafe during National Pancake Week. And now there’s the perfect marriage between my work at Ohio State and my love of breakfast: the breakfast burrito at Sloopy’s Diner in the Ohio Union will be named after yours truly next year! 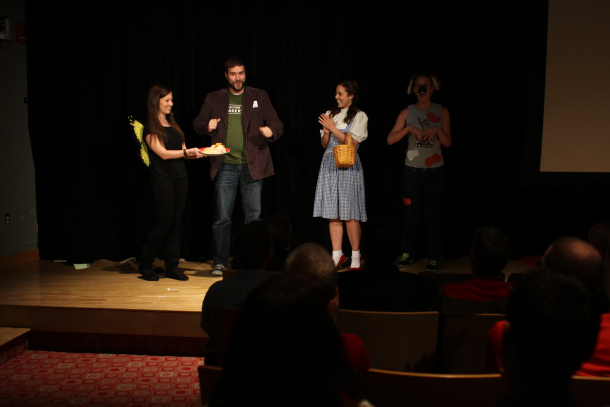 Yup, that’s the face of a guy excited about having a burrito named after him. Life achievement: unlocked! The dish is assigned during the 2013-2014 academic year. It was revealed at a small Wizard of Oz-themed ceremony in the Ohio Union. Hence the Dorothy. 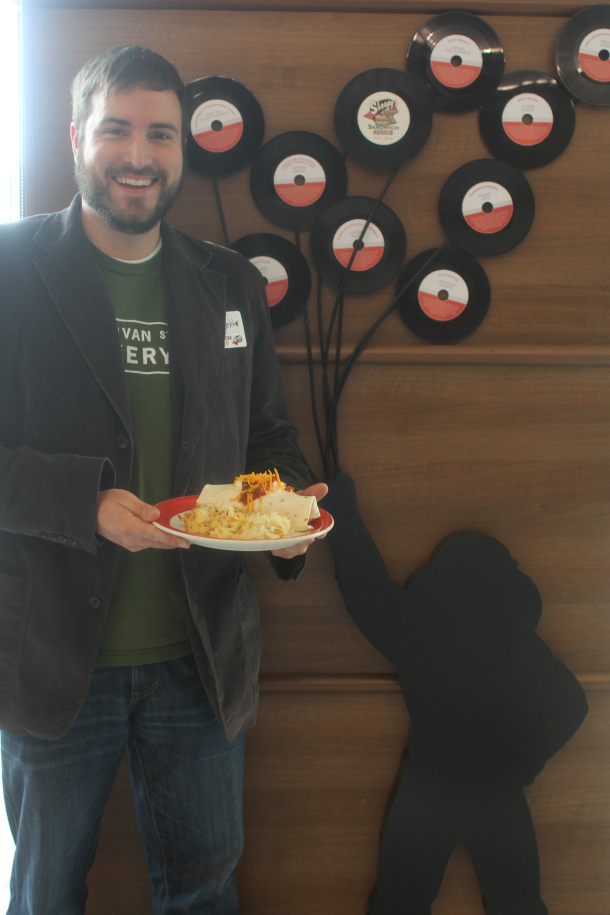 The face of victory. The burrito is doused in salsa, cheese, and the tears of my enemies. 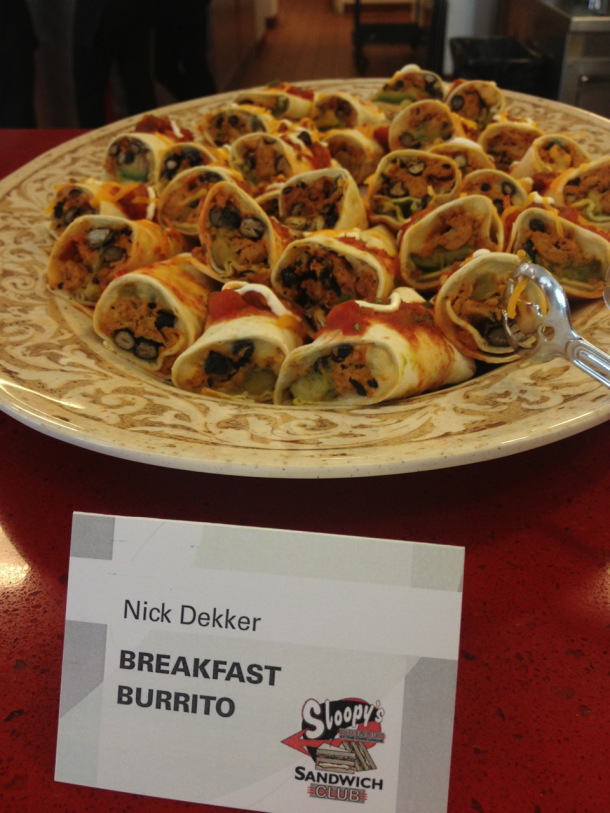 After the ceremony they held a small reception at Sloopy’s where everyone got to taste the Sandwich Club entries. There’s a great line-up overall! The named burrito will officially be on the menu at the start of the next school year. If you want to visit Sloopy’s (which offers a good breakfast for a day wandering around campus), here are their stats: