Photos: a tale of two markets 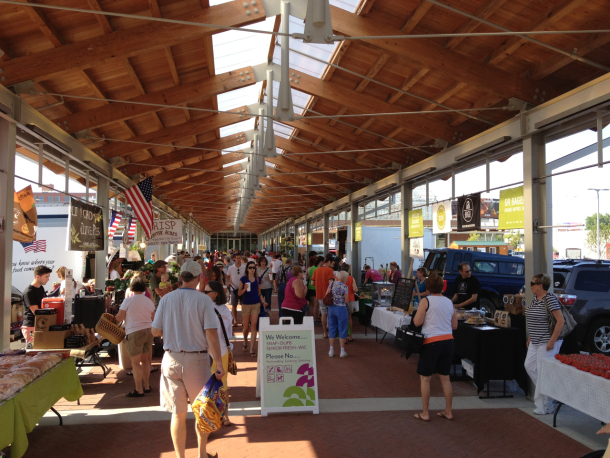 I don’t get to farmer’s markets as often as I’d like, despite the proliferation of them around Columbus. We learned to love farmers markets while living in Grand Rapids, Michigan the year after we were married. We actually sold jewelry my wife made at GR’s Fulton Street Market over the summer, so we got to know and love it. Grand Rapids has been doing pretty well for itself since then, with a lot of investment in their downtown and in infrastructure. One of the bigger additions downtown is the new Downtown Market. We heard about it down in Columbus because the creators visited our famous North Market and spoke with its vendors, examined its layout, and so on. 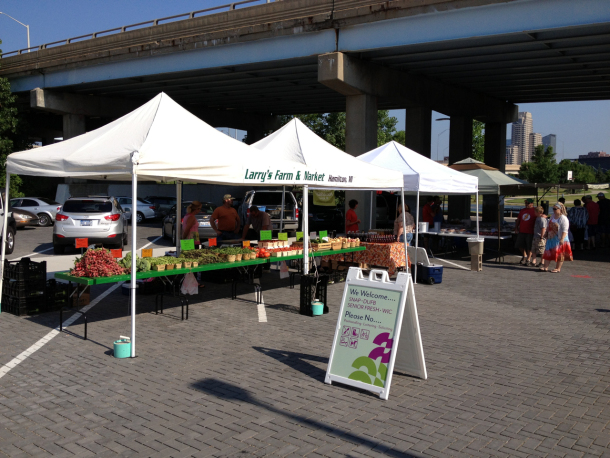 The GR Downtown Market is in its first phase, with the outdoor farmers market now open. We strolled through it recently, and boy, were we impressed. 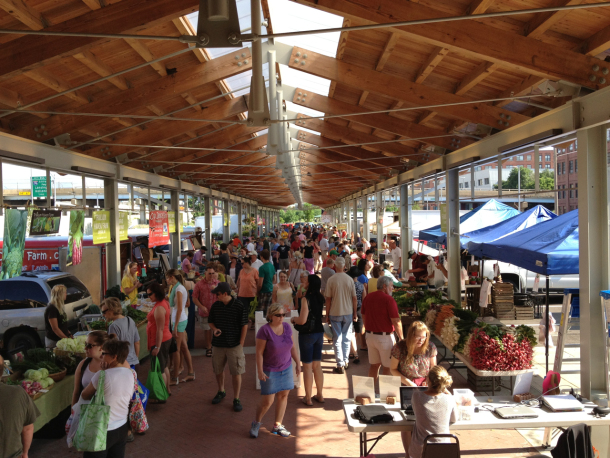 The outdoor market takes place in a huge wooden covered walkway. It’s wide and spacious, and the organizers and vendors have done an excellent job of providing clear signage. Each vendor had an official sign identifying the business, where they were from (there were a lot of Michigan farmers), what forms of payment they took, etc. Mrs. Bfast w/Nick observed that the market must have educated everyone on proper presentation and how to provide a consistent look. 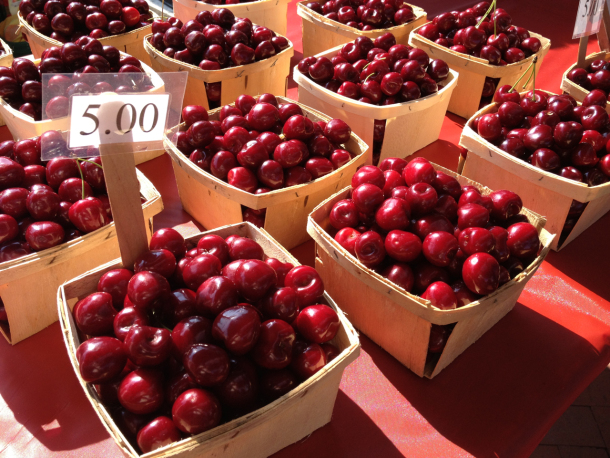 We strolled up and down the walkway, marveling at all of the fresh vegetables and fruits in stunning presentation, plus the baked goods, coffee, potted plants, and more. Look at these baskets of ripe Michigan cherries. 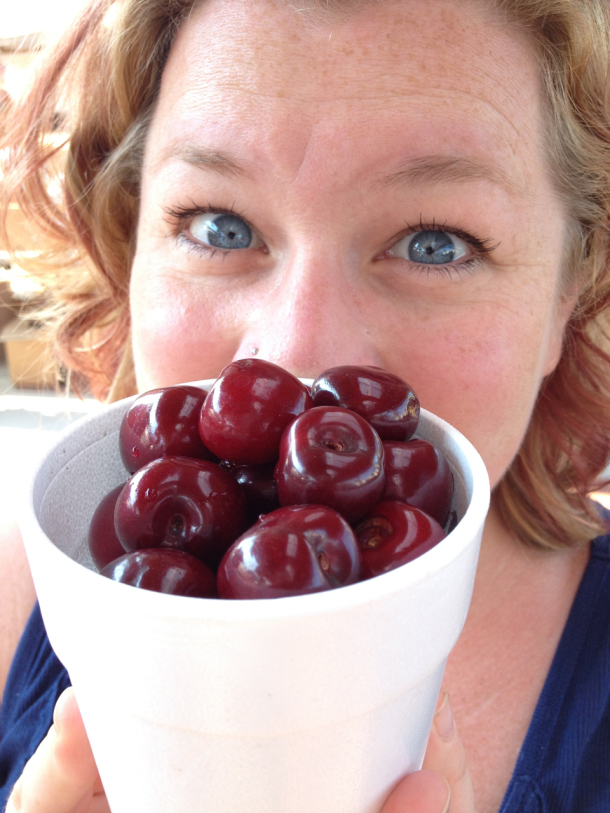 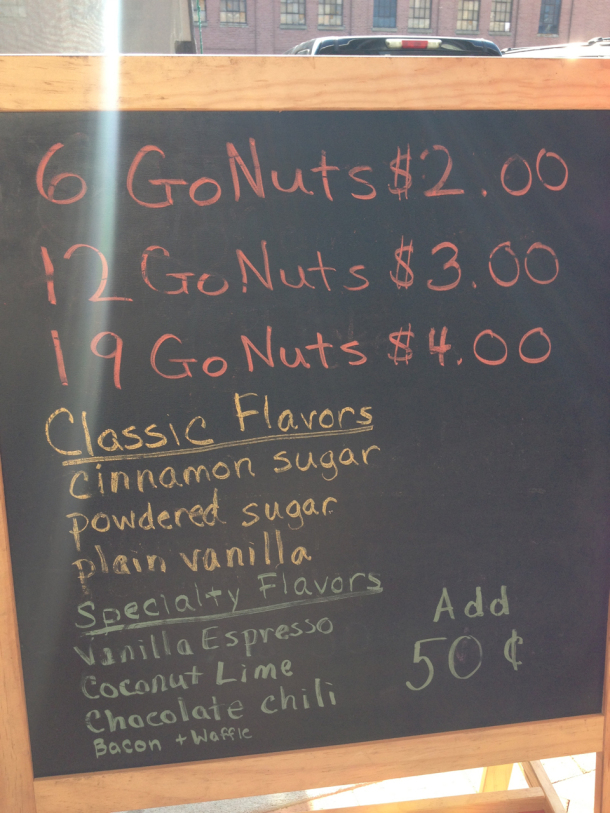 Me being me, I eyed anything breakfast-related. We stumbled upon Go Nuts, a stall that makes tiny fresh donuts with funky toppings, and of course I went all camera crazy. 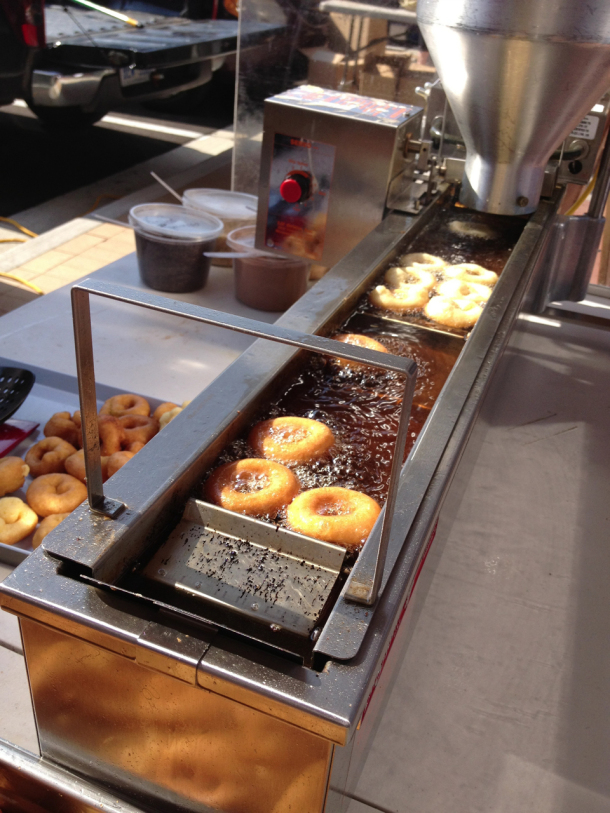 Go Nuts’ little fryer slowly cranks out the donuts in a larger bowl, and then you order a bag of them with toppings. I went for simple cinnamon and sugar. They were soft and warm. 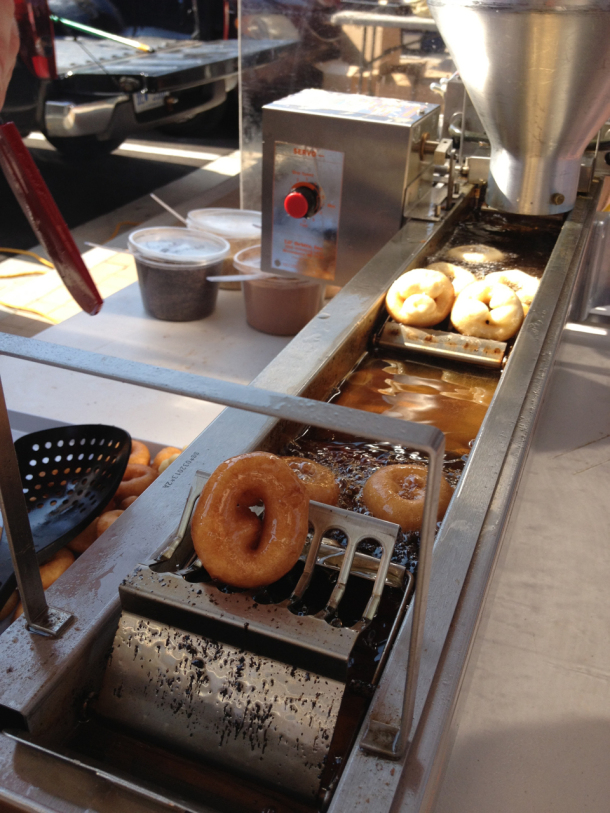 Of course, the process is part of the product. It’s fun to watch the fryer slowly turn over donuts as they travel down the line. 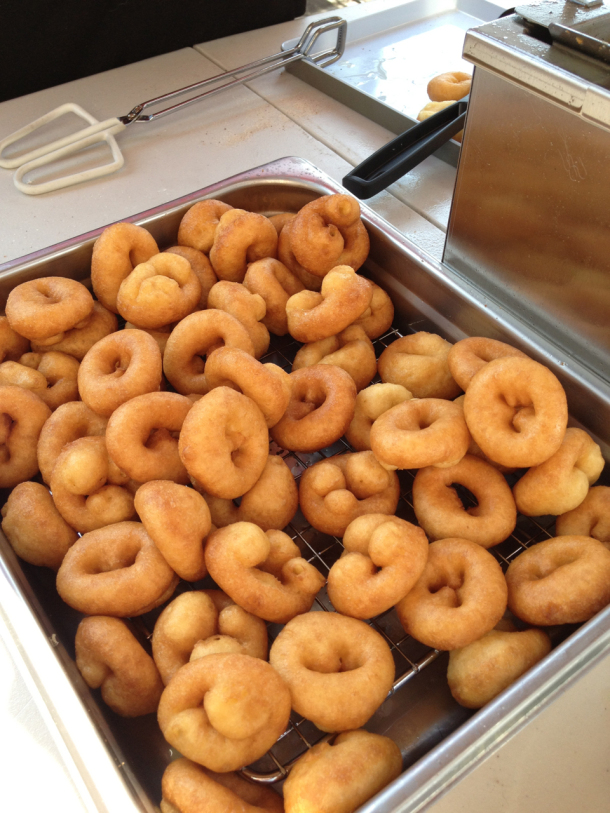 This type of model is brilliant for farmers markets. They’re cheap, they’re easy to buy, and they’re always fresh. 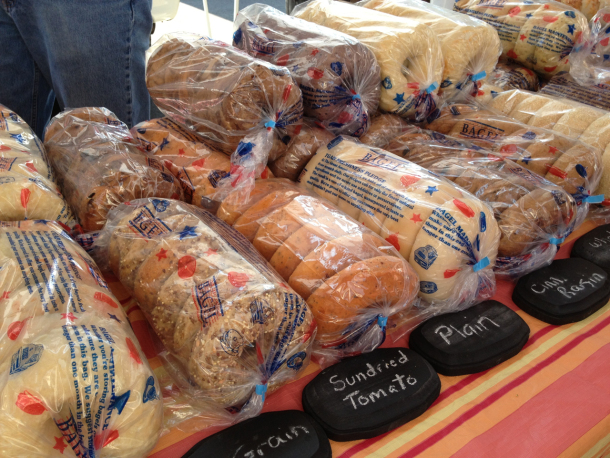 We also sampled of mix of fresh bagels from Great American Bagel, based in Holland, MI. Very nicely done, although they had just run out of everything bagels when we got there.

In addition to the farmers market, there was a food truck and a small cooking demo with a local chef. And this is just the outdoor market! The indoor building is still under construction and is scheduled to open later this summer. This will feature food stalls similar to Columbus’ North Market; from the news I’ve seen on Facebook, they’re already assembling a solid line-up of vendors. 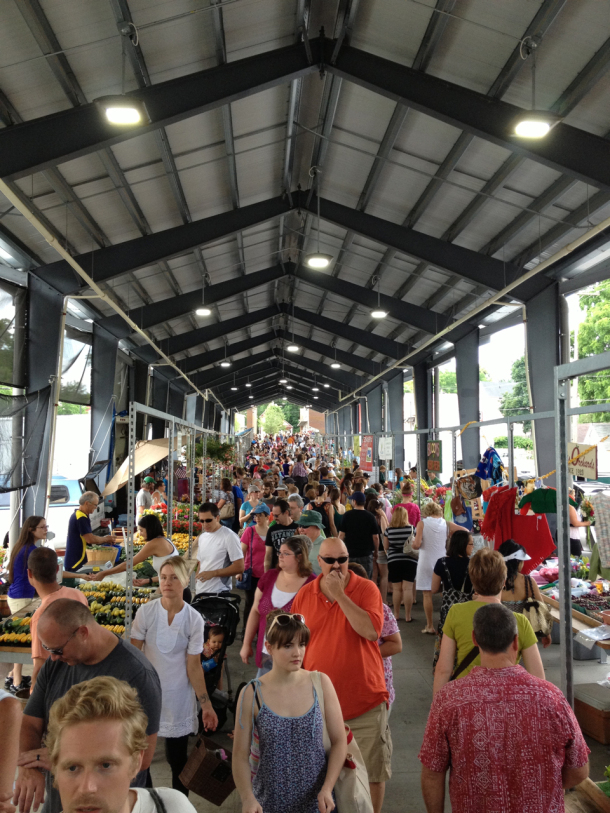 Our second stop was the Fulton Street Market, a mile or so east of downtown. This was where we once sold jewelry. When we sold there (over a decade ago), it was a simple walkway with metal frames for vendors’ signs and coverings. The remake of this market stunned us, too. Now the walkway has been completely re-shaped, the traffic flow is re-routed, and there’s a gigantic roof covering the whole thing. 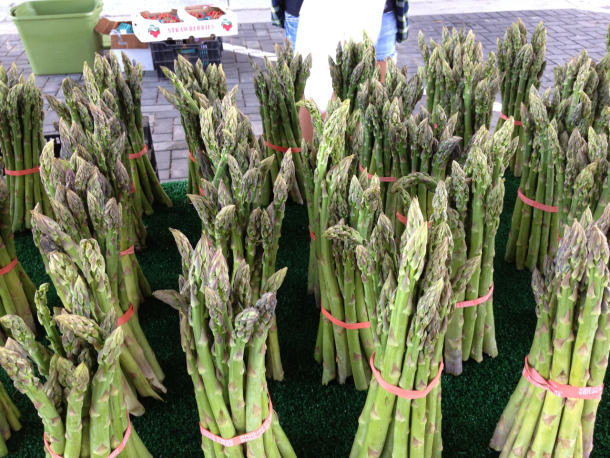 Again, there were beautiful displays of baked goods, fruits, vegetables, you name it. Like this Michigan asparagus. 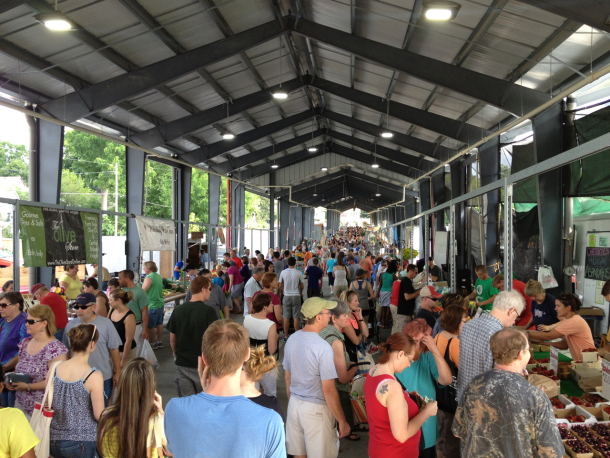 Columbus, you have a number of wonderful markets, but Grand Rapids is giving you a run for the money. This type of investment in small businesses and infrastructure can really revitalize a city’s core. It’s amazing to see it working here.

Filed Under: Beyond
Tagged With: Grand Rapids, market, Michigan, photos