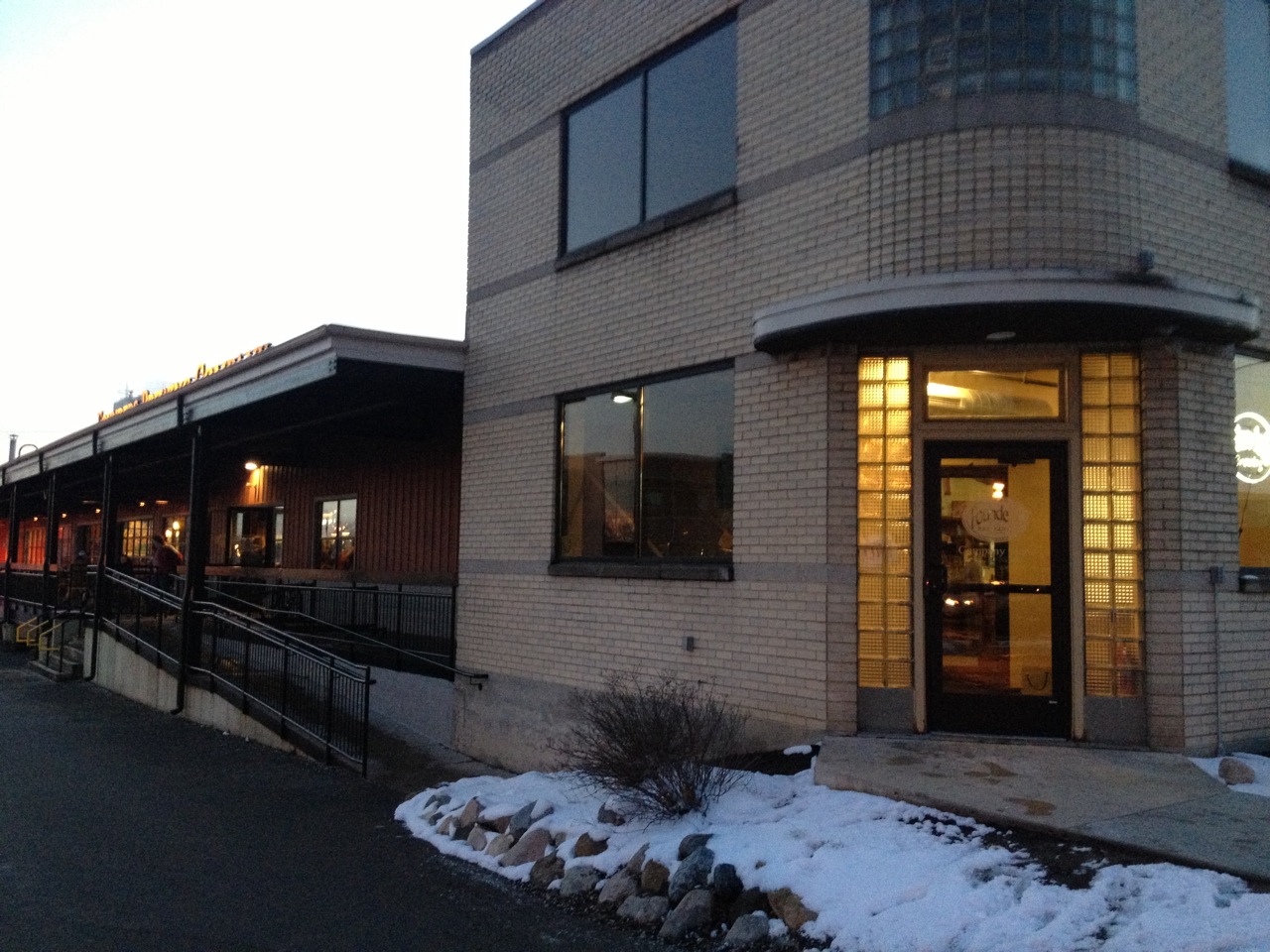 I’m proud of my hometown Grand Rapids. It was always a great city, but since we moved away over ten years ago it’s gotten better and better in almost every regard. The downtown is bustling with new markets, there’s have an amazing arts scene, historic districts are being redeveloped, the food scene is fun and creative and diverse, and the city was voted Beer City USA 2013. Every time we go home to Grand Rapids to visit family, there’s a new brewery or beer bar opening up: the excellent HopCat, Brewery Vivant, Hideout, Grand Rapids Brewing Co., the list goes on. But one of the first – one of the founders, if you will – of the Grand Rapids beer scene is Founders Brewing Co. 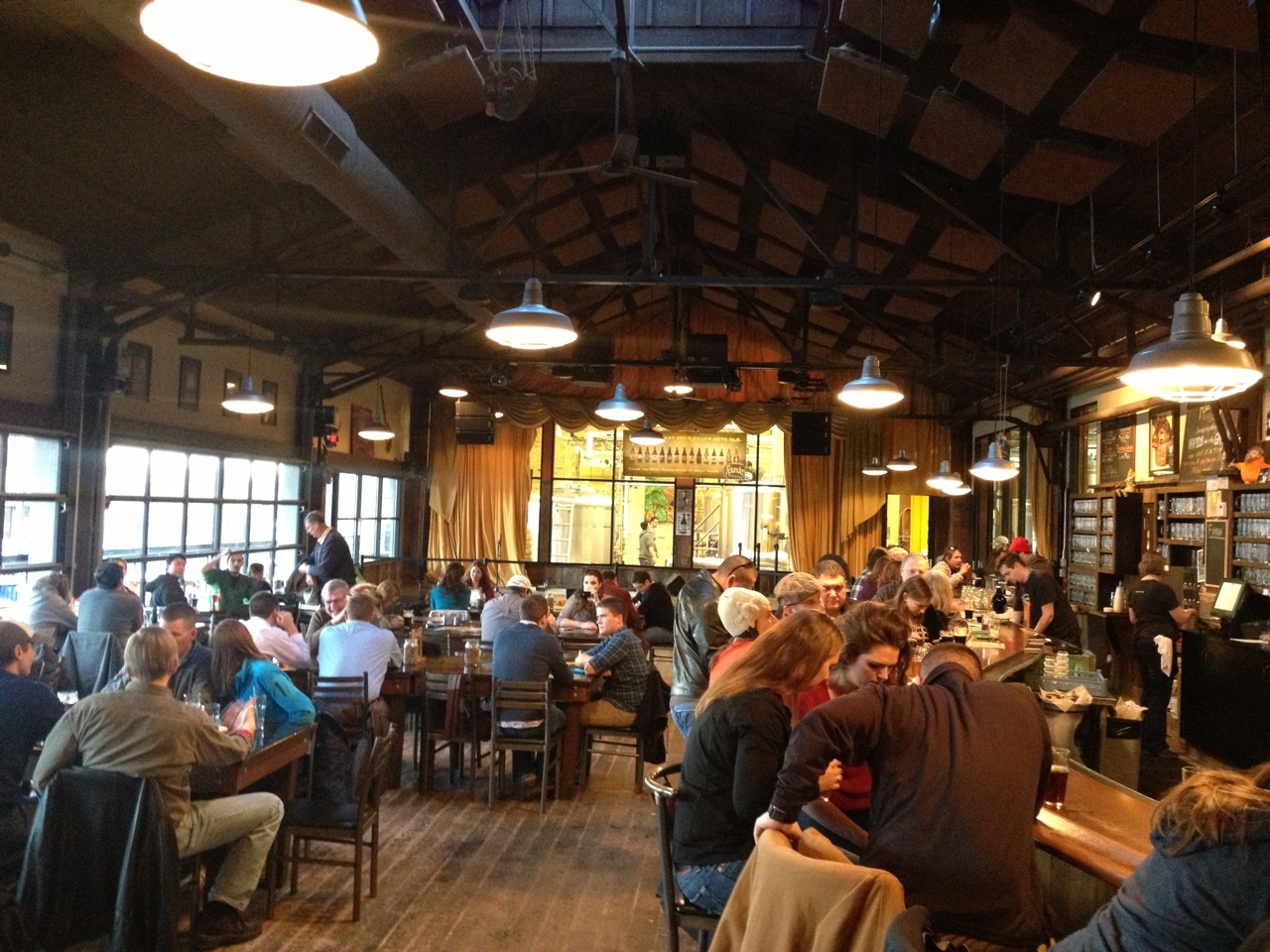 Founders is a bright point on the map for any beer geek. Whether you love or hate their beers, you know of them and can appreciate what they do. Founders’ tap room is my model for a good brewpub. It’s an old warehouse space that’s wide open with rows and rows of tables. The bar stretches along one entire wall, with rows of taps. The shelves behind the bar hold the glassware for the annual Mug Club members. To become a member, you pay an annual fee and have a numbered mug that stays at the bar. Then you get special discounts on beer and events throughout the year. 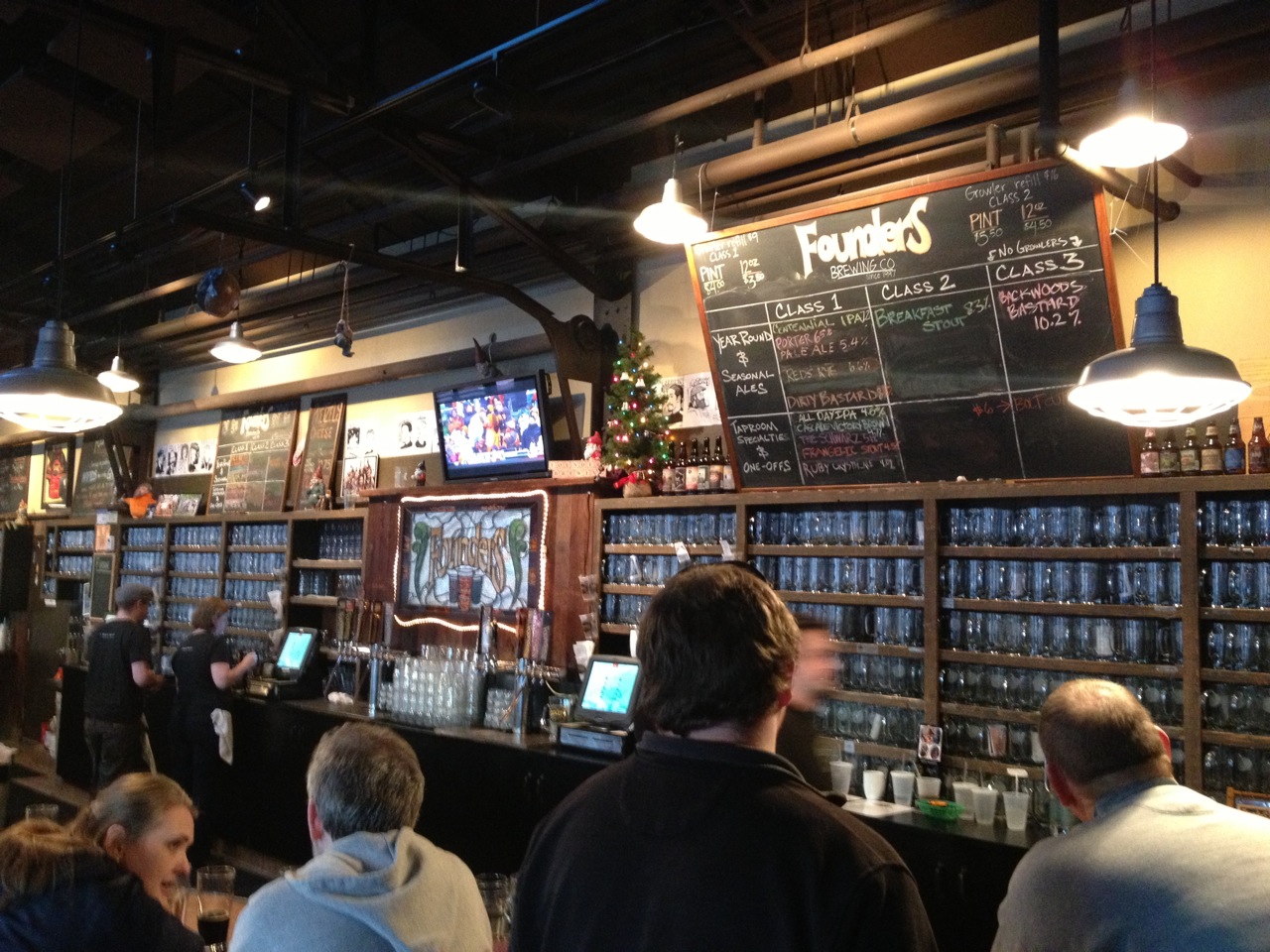 Founders serves only their own beer. They split the beers into three classes, usually designating them by availability and strength. Class 1 includes their pale ale, their Dirty Bastard Scotch ale, Centennial IPA, All Day IPA, and the like. Class 2 is for beers that show up seasonally but aren’t incredibly rare. When we last visited, their Breakfast Stout was the only listed Class 2. Class 3 is for the more rare or specialized releases, like their Bolt Cutter Barleywine and Kentucky Breakfast Stout. They had the Backwoods Bastard, a barrel-aged Scotch ale, on top in this category. The important thing is that the menu is written in chalk. Some people bemoan chalkboard menus as a trendy thing for cafes, breweries, and coffee shops, but to me the signify a changing menu, which means that things are fresh and that specials can be easily rotated. The fun thing about going to the Founders tap room (as opposed to just buying bottles) is to catch those pub-only specials and experimental brews. 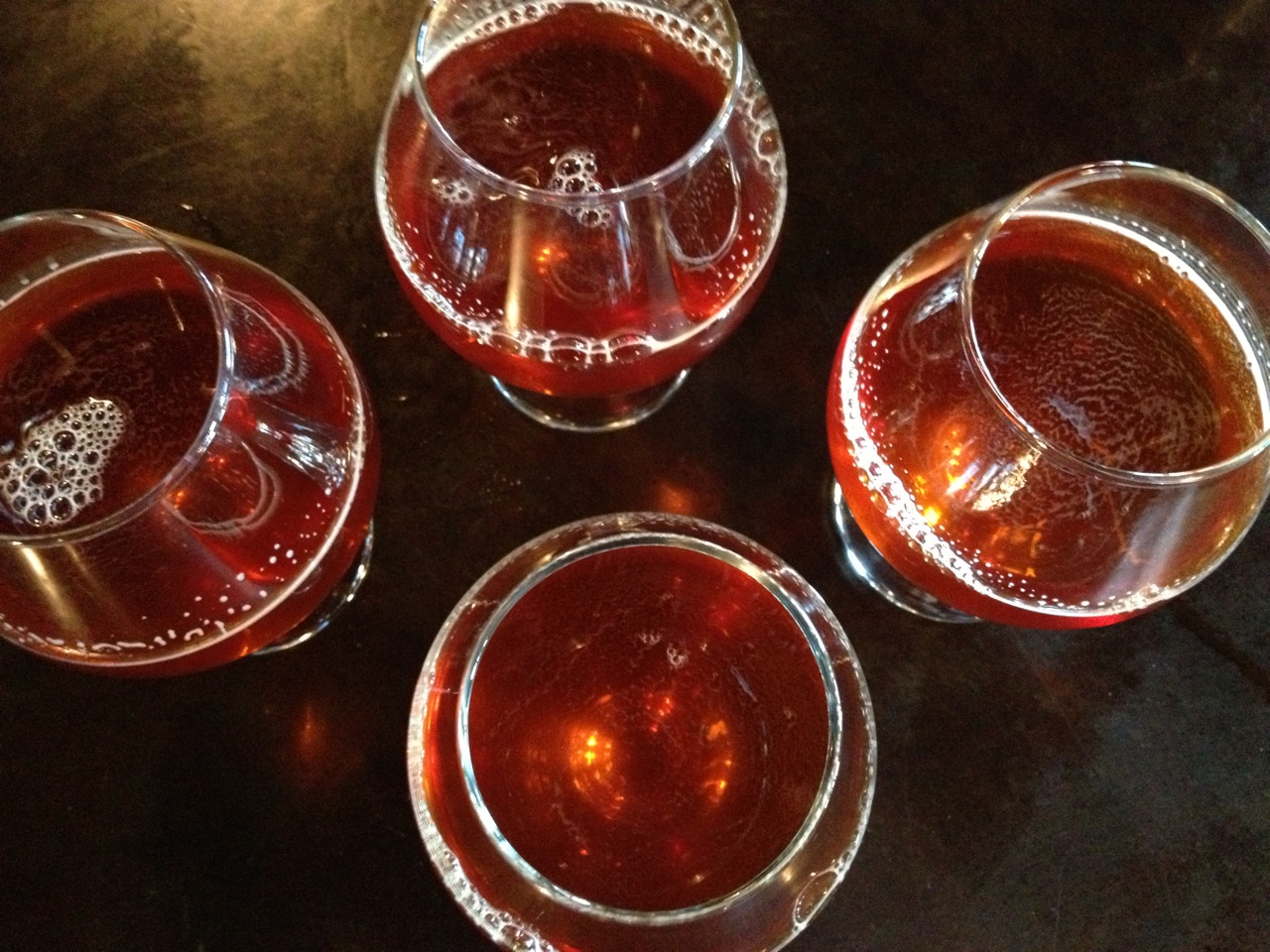 One recent visit coincided with a brothers-day-out over Christmas break. We all ordered the Bolt Cutter barleywine, a special release part of the Backstage Series, which consists of (usually) one-time brews. Bolt Cutter is a 15% ABV wollop of a beer, rich and sweet and boozy. 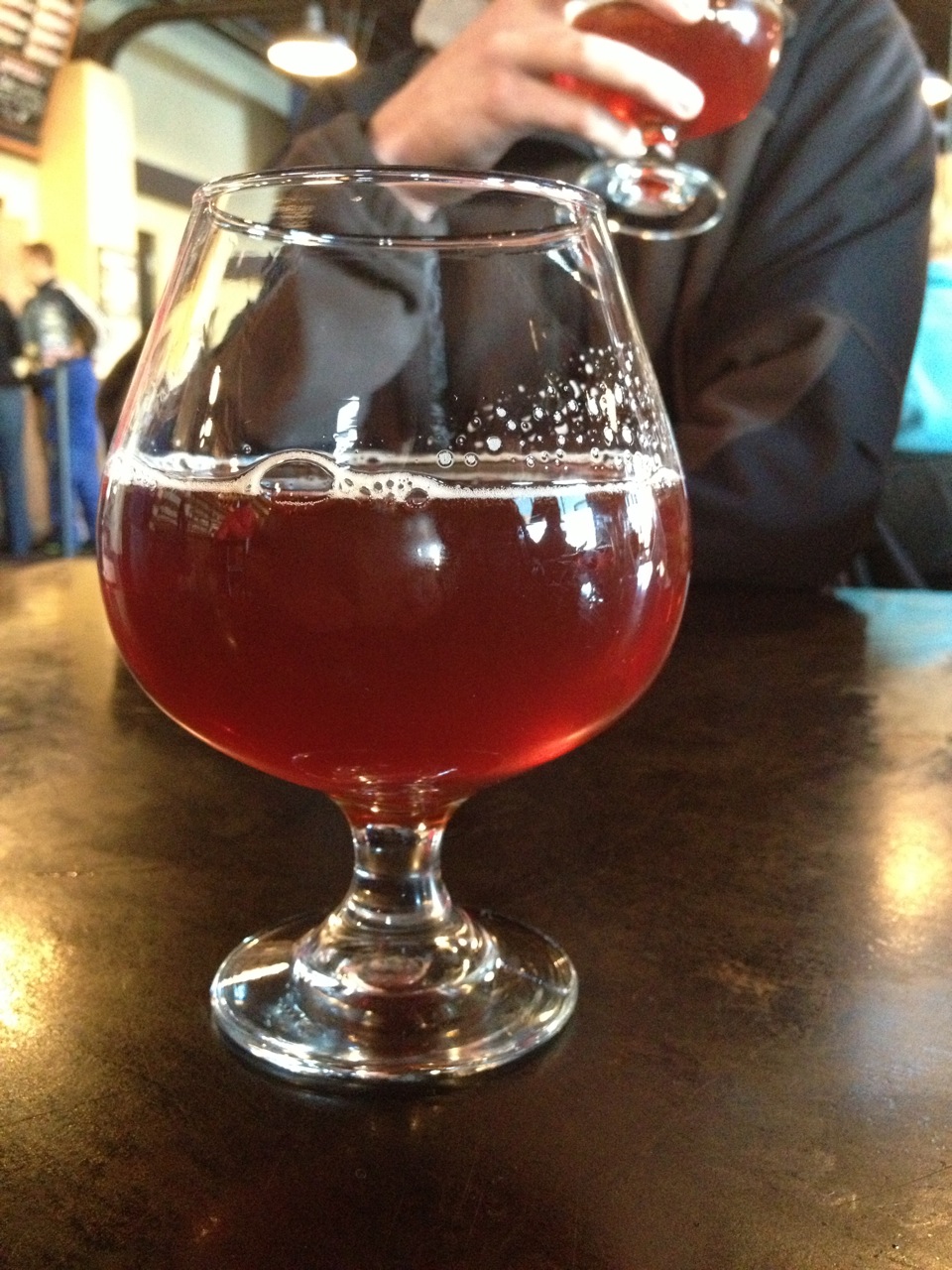 Founders also utilizes the appropriate glassware for their brews. 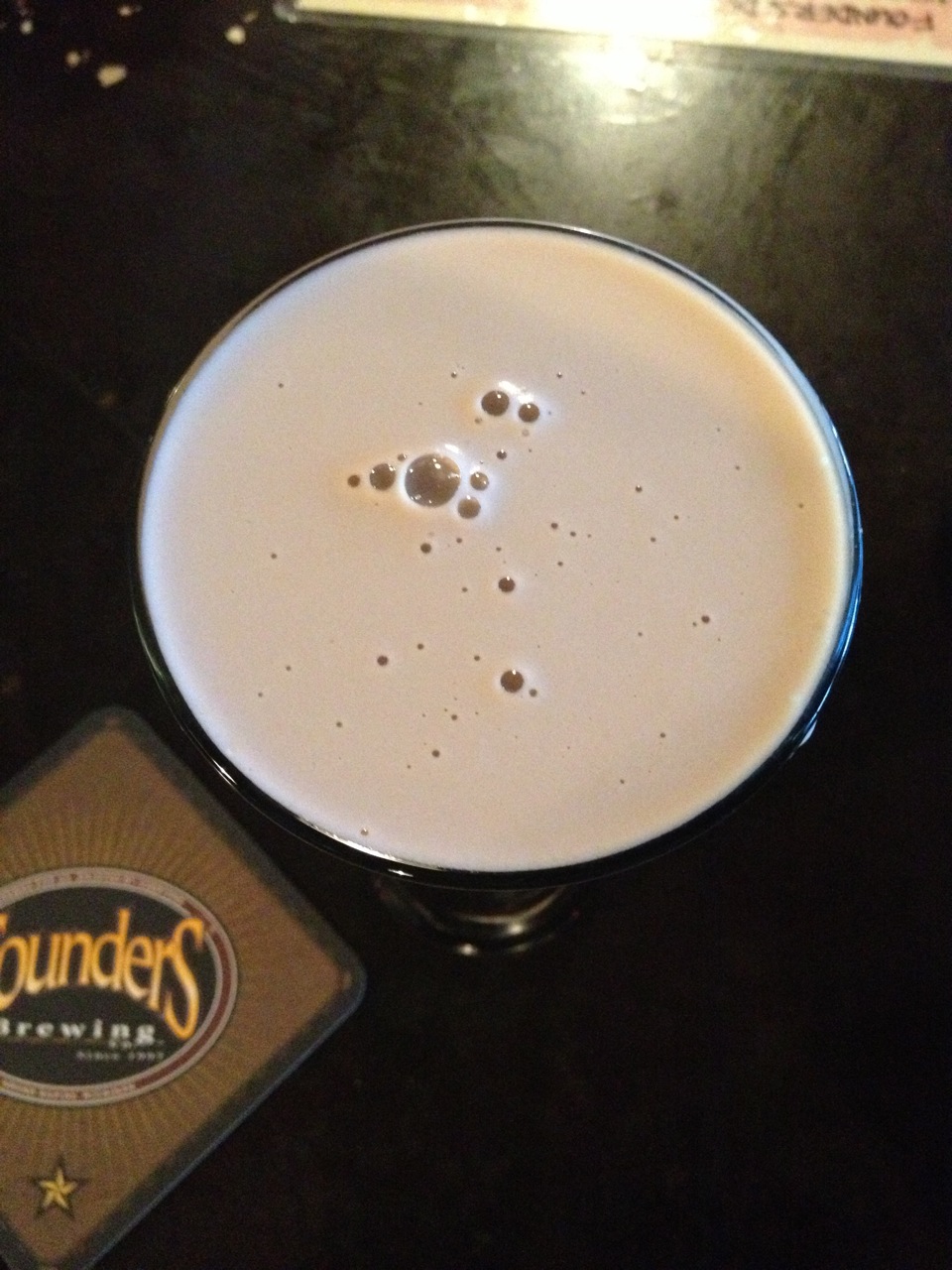 On this visit we also had the Frangelic Stout, a rich and creamy stout that’s not too heavy, with a light hazelnut tone. 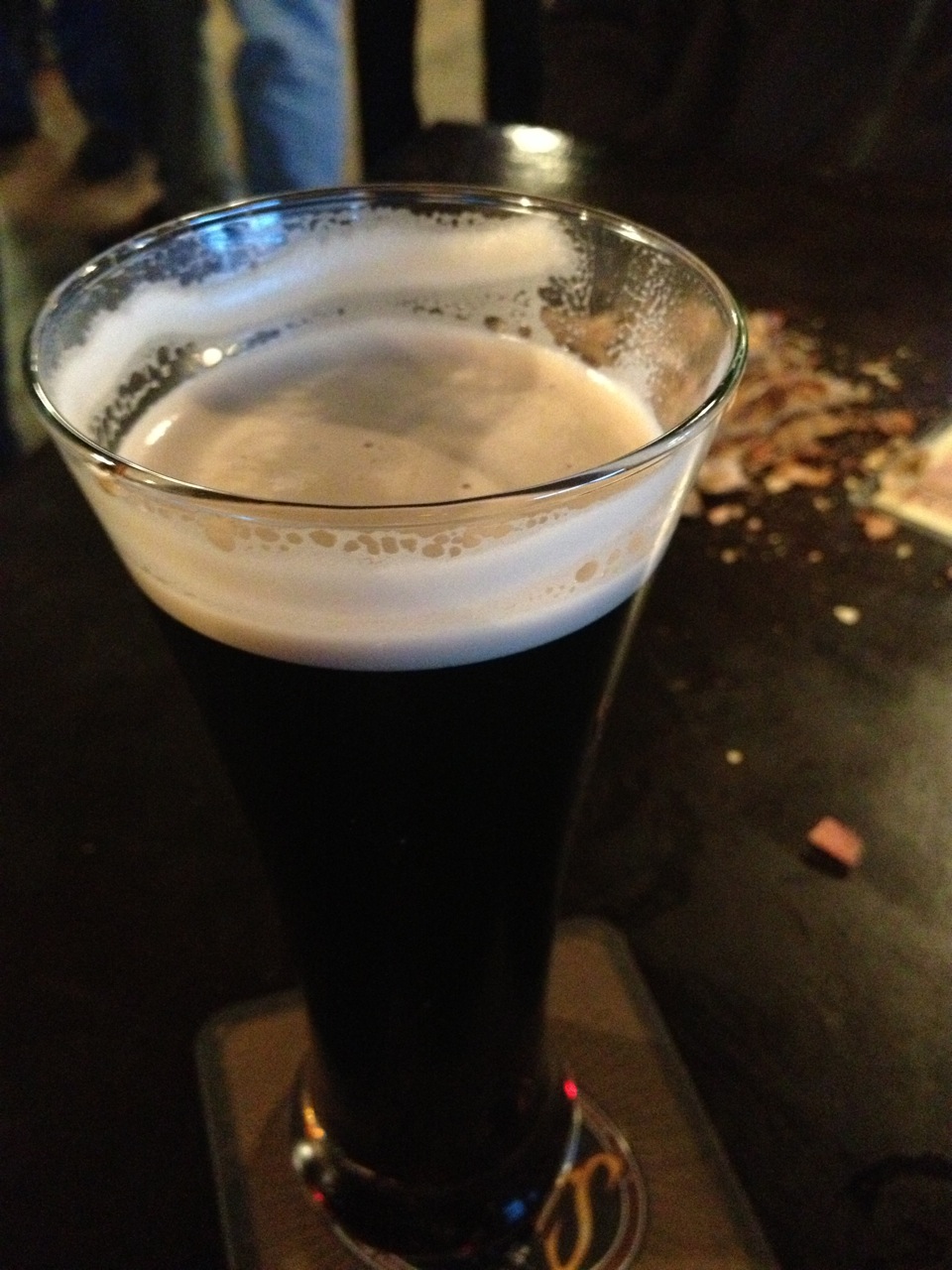 Very good lacing. Lacing is the residue left on the side of the glass, and depending on who you ask, it indicates either the quality of the ingredients or the cleanliness of the glass, or both. I just think it’s pretty. 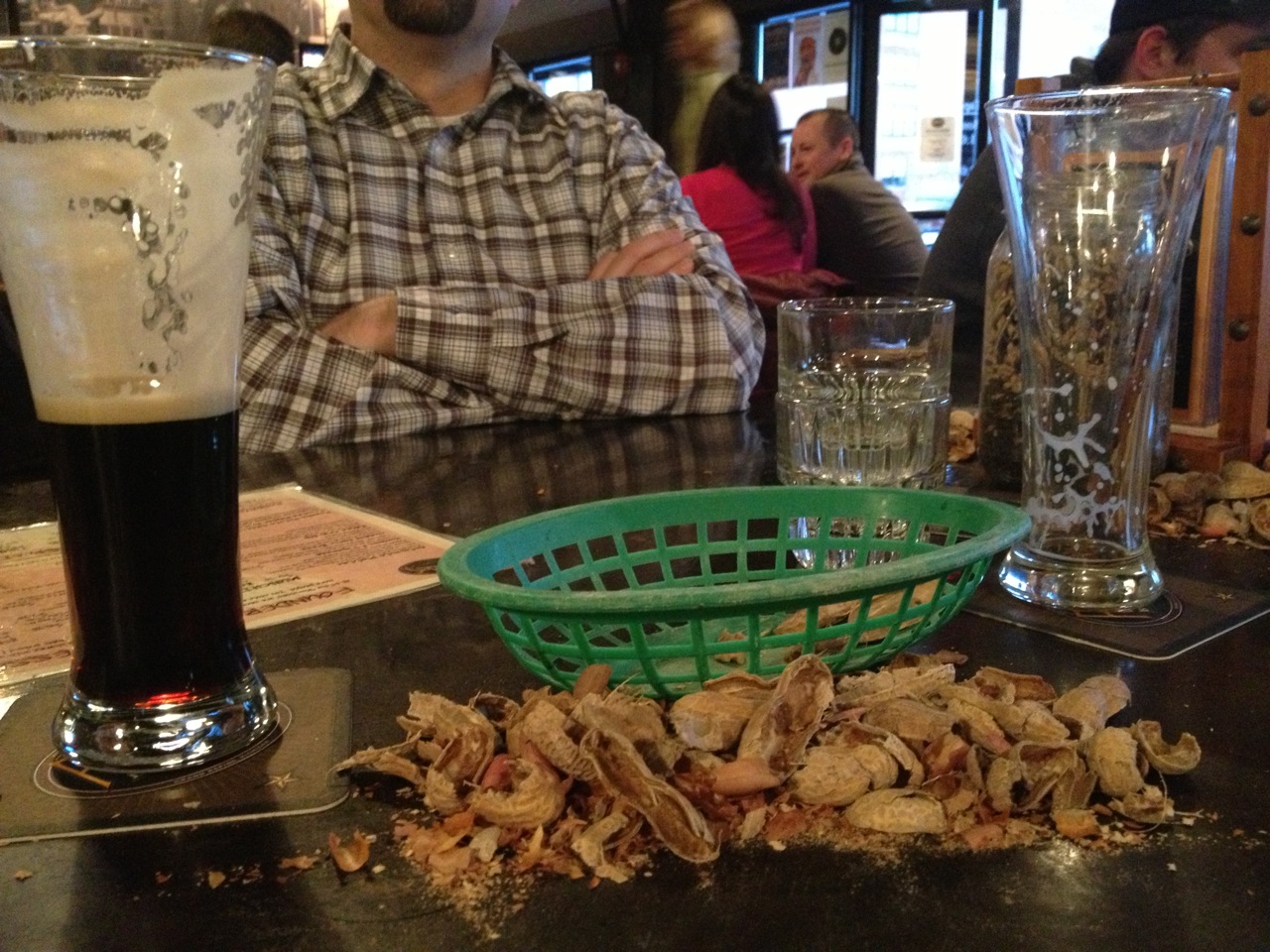 I’m barely scratching the surface of all the beers that are available, and the huge – and highly recommended – menu of sandwiches. In recent years Founders has been in a constant state of expansion, repeatedly upping their production capacity, and now enlarging the tap room, store, and more. Most of these pictures were taken on earlier visits, so expect it to look a little different if you visit. 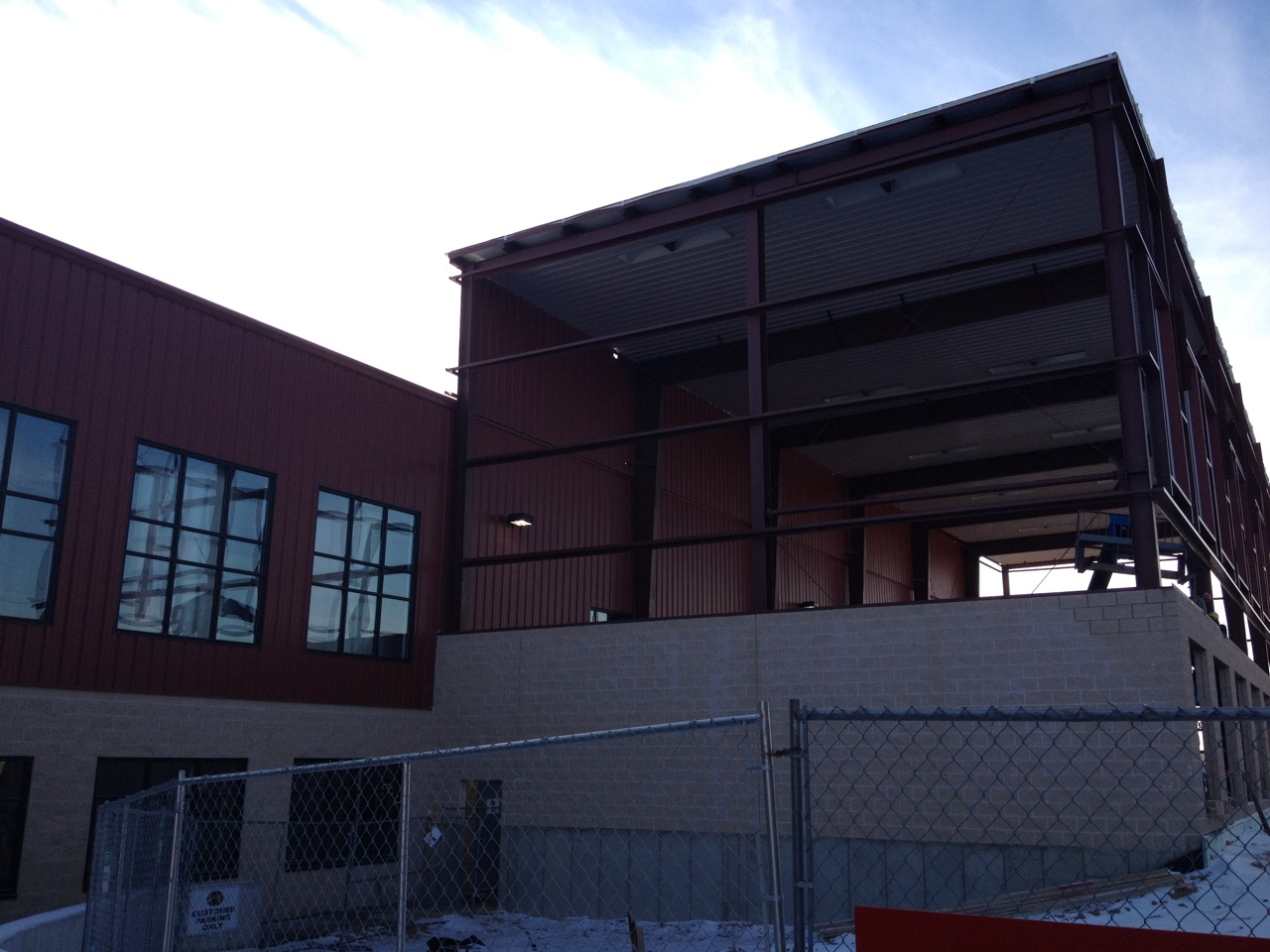 I’ve obviously got the nostalgia factor going with Founders, since it’s a brewery from my hometown (not because I drank the beer growing up, obviously), but objectively I think they made really solid beers. Their standard pale ales, stouts, and IPAs are trustworthy, and I’m constantly on the prowl for their specialty beers. Their imperial stout is one of the best out there, and their Kentucky Breakfast Stout is my #1 beer. Fortunately for me, they distribute widely in the midwest and east coasts, so there are plenty of opportunities to try their stuff, even if you can’t make it to the tap room (which you should if you have the chance).

If you want to visit:
Founders Brewing Company
235 Grandville Ave. SW (map it!)
Grand Rapids, MI 495
(616) 776-1195
foundersbrewing.com
Also on Facebook (both the brewery and the taproom) and @FoundersBrewing

Filed Under: Beer, Beyond
Tagged With: beer, beyond breakfast, brewery, Grand Rapids, Michigian