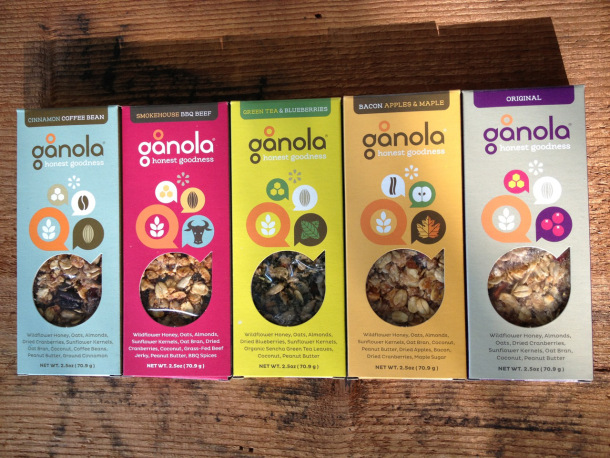 I recently had the chance to sit down with Jared and Heather from Ganola. Ganola is a new local company that’s started producing granola bars; the two of them met in the health and fitness industry, and identified a lack of healthy snacks made with responsibly-sourced and good-tasting ingredients, so they decided to create their own! 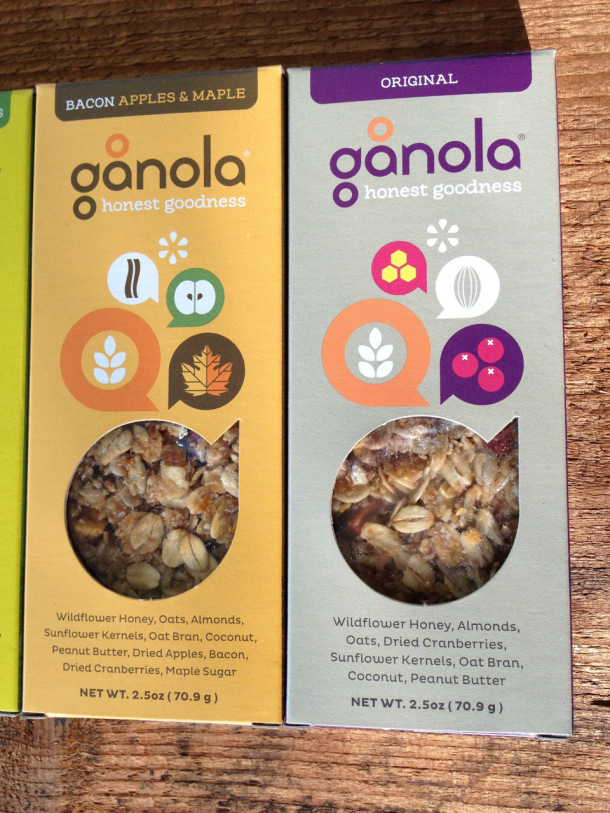 We chatted over coffee while they told me some of their story and shared the five granola bars they have to offer now. The bars are made in bulk here in Columbus, using a process whereby the ingredients are mixed, frozen, and then cut into shape. This saves them having to bake the ingredients and risk drying them out (personally I’ve had too many experiences with crunchy and crumbly granola bars). Their packaging and branding is excellent, having been developed by Columbus designer Jeremy Slagle. Jeremy’s work will ensure, I think, that their bars stand out on store shelves, especially in a flooded field of snack choices. 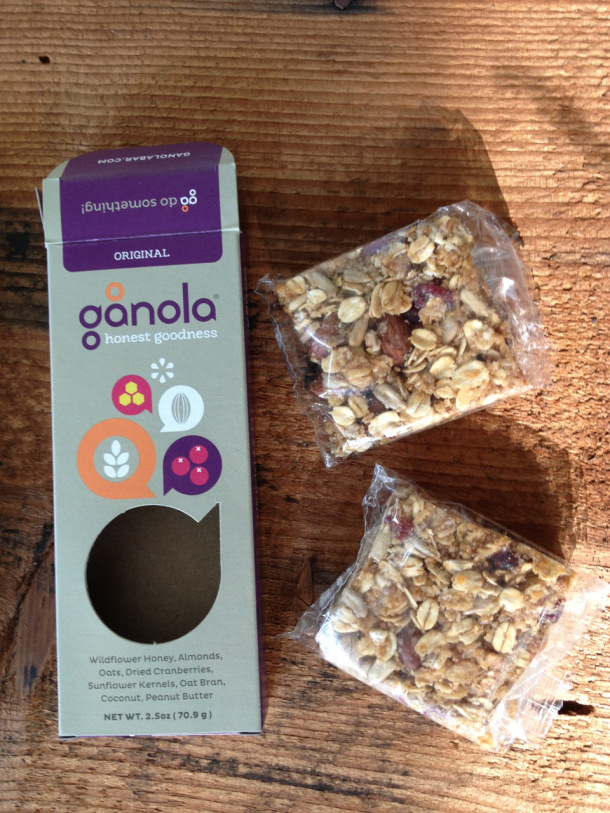 Columbus folks will find a lot of recognizable stuff like Cafe Brioso coffee beans, Stauf’s tea, Krema peanut butter, and Ohio honey, while fruits, spices, meats, and grains are sourced from smaller farms and businesses. You can see a list of their major suppliers here on their website. The packaging is also ingredient-forward, with the ingredients listed and represented in the illustration on the front of the box. The product is also separated into two smaller bars, with the intention of letting you eat only half of it, if you want, while preserving the other half from drying out and crumbling when you save it. 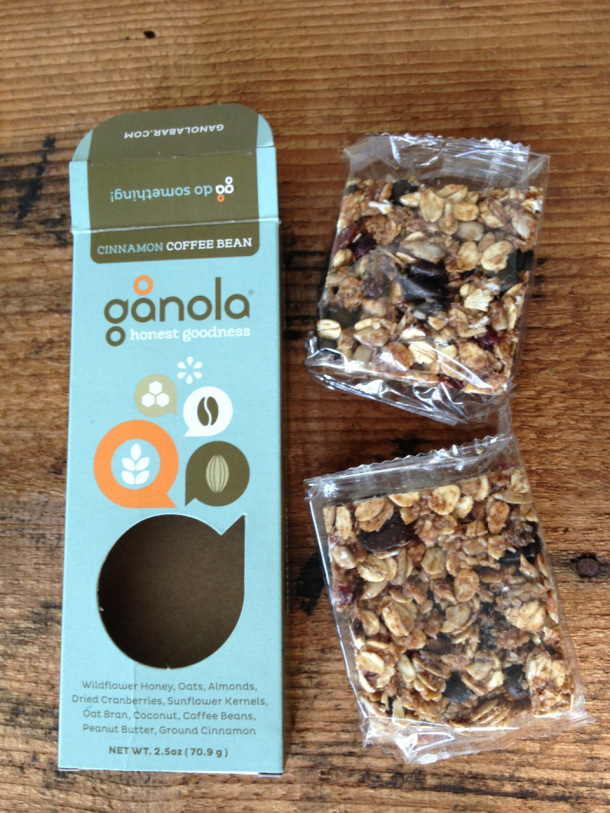 Some of the flavor combinations are fun and a bit unusual, too. Sure, you have the original flavor, but there’s also the blueberry/green tea combo and the cinnamon coffee bean. Ganola also represents the slightly more savory side with a bacon/apple/maple bar and the smokehouse BBQ beef, with a definite smoky/spicy twang to it.

You can find Ganola bars at Columbus-area Cup O Joe/Mojoe Lounge locations, Stauf’s Coffee Roasters, the Hills Market in Worthington, and Weiland’s Gourmet Market in Clintonville. I’ve tried all five of their bars and liked them. The cinnamon coffee is strong, with a lot of flavor from the whole coffee beans, and you have to have a savory tooth for the smokehouse BBQ. My preference is for the bacon/apples/maple, the original, and the green tea/blueberry combo.

If you want to learn more about Ganola and their story, give them a follow: