Beyond Breakfast: The Coop 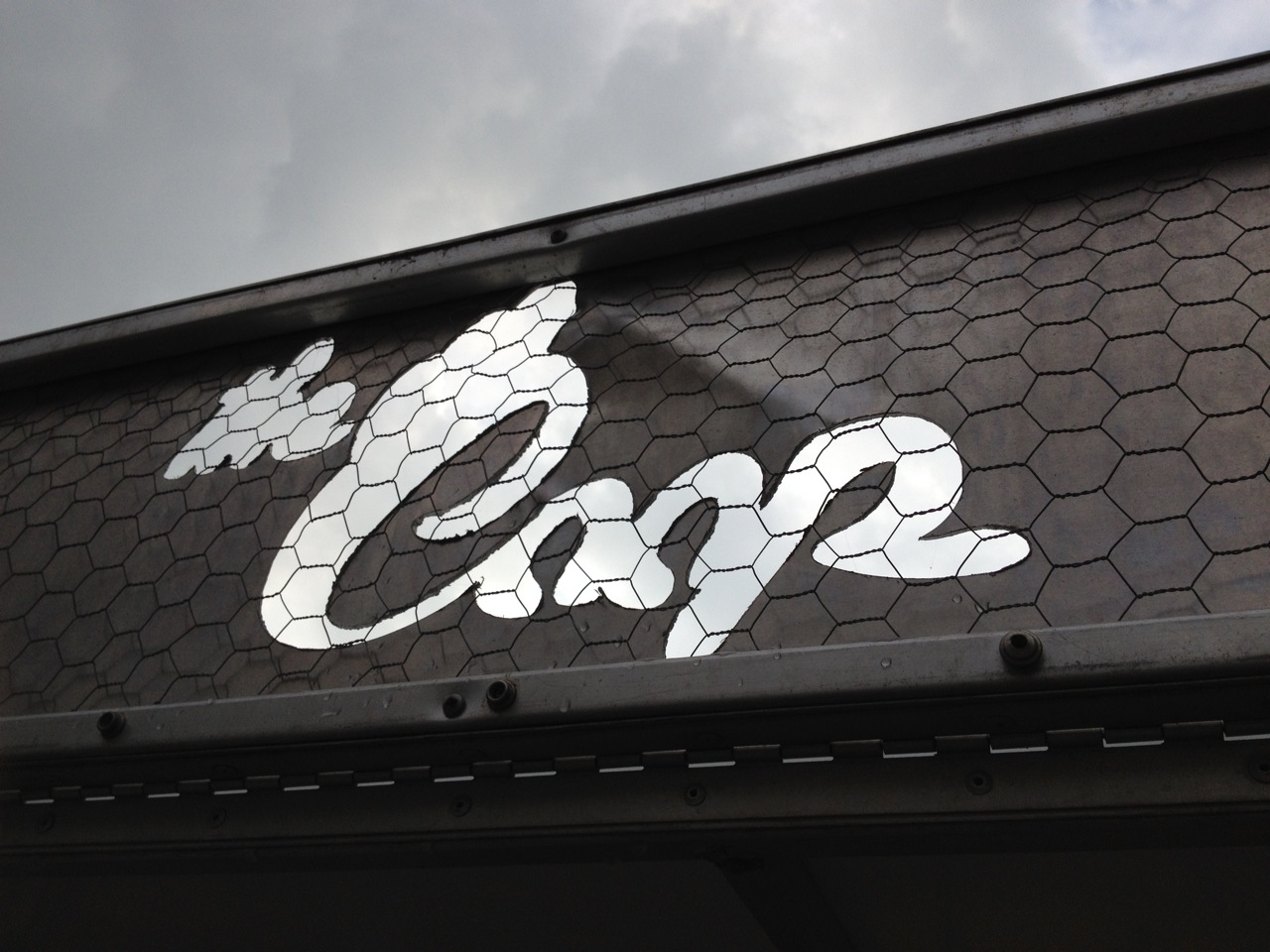 It’s a shame I haven’t written about The Coop yet because a.) they’re in our neighborhood, and b.) I can easily justify their food as counting as breakfast, since nearly every dish they serve involves some sort of eggs, be it chicken, duck, goose, turkey, or even quail. 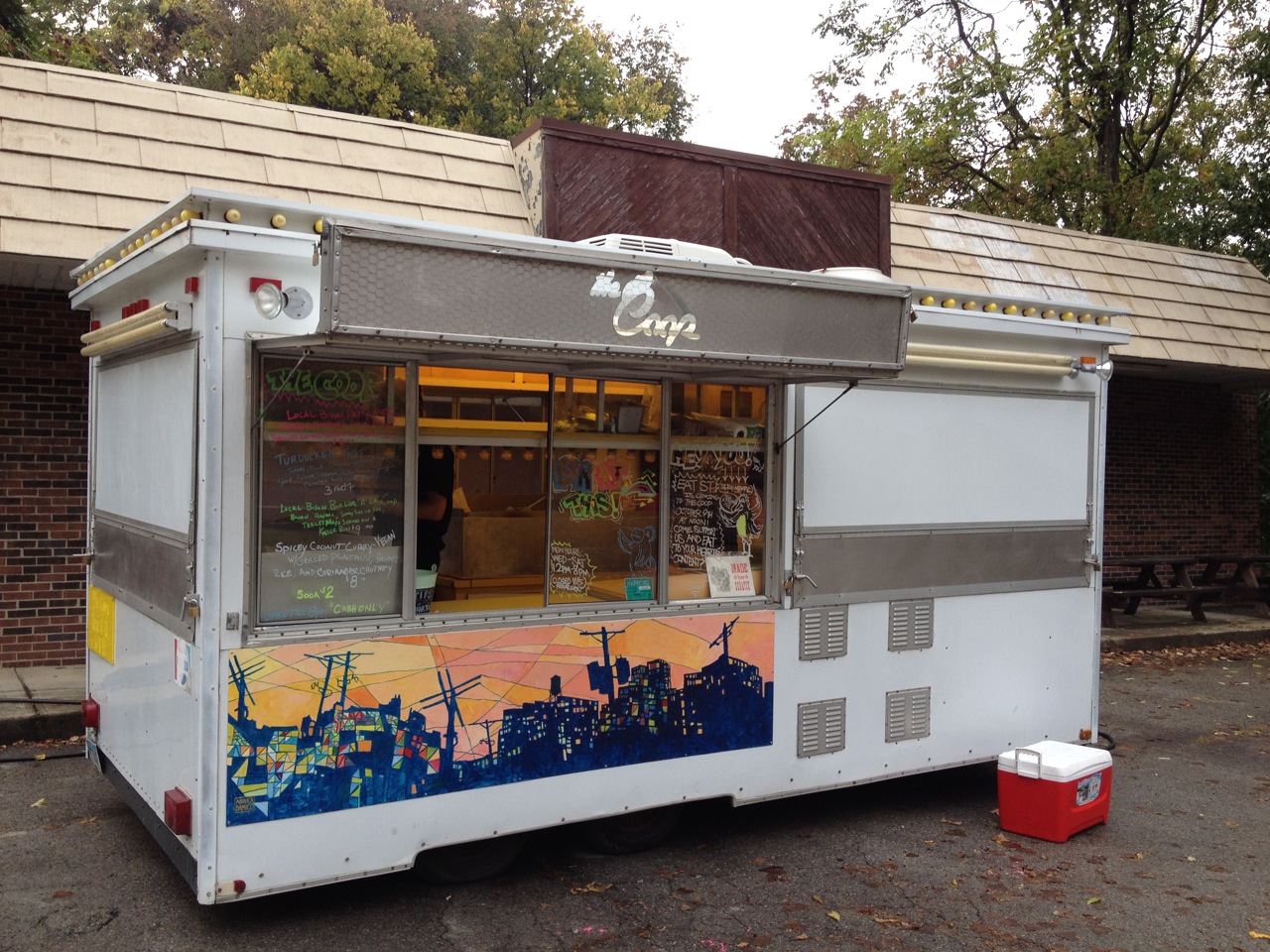 The Coop is a converted amusement park concession stand, and as the name indicates, poultry is their game. Although we’re not super regulars, we’ve come to know The Coop as the source for dishes – especially burgers – with unusual meats. You won’t find a regular beef hamburger here. Instead, you’ll find a yak burger. Or bison burger. Or turducken (turkey + duck + chicken) tacos. Or a benedict with turkey eggs. You get the picture. 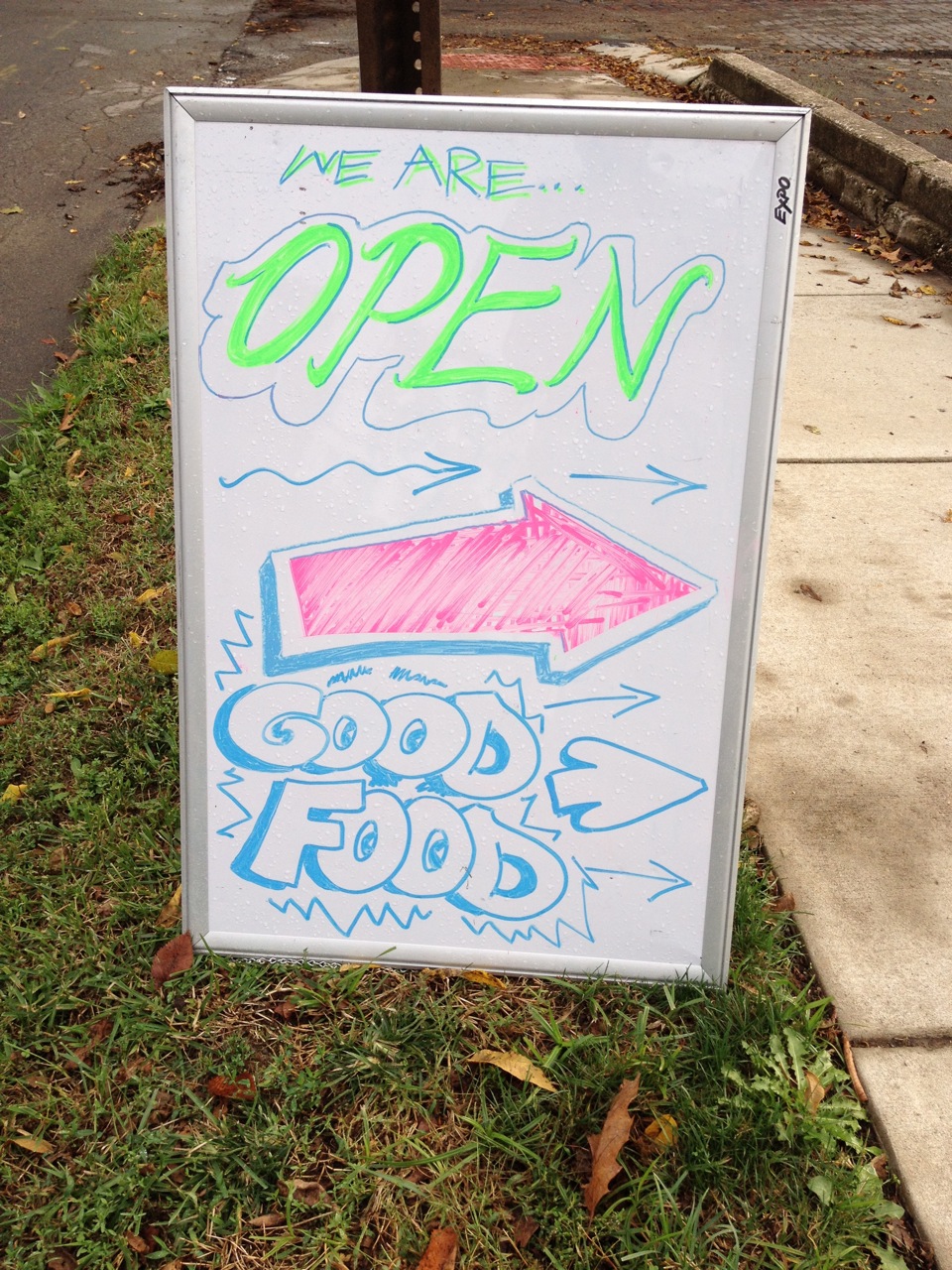 Owner Angela Theado recently finished a run of cooking weekends at the Hey Hey Bar & Grill in German Village (the kitchen has since been taken over by the Swoop! Food Truck crew). She’s now back at the original location at the corner of Indianola and Cliffside in southern Clintonville. It was recently announced that the building there will be renovated into the Coop Cafe, with Angela taking over the kitchen. I have to say that we’re immensely excited about it. The space has sat empty for as long as we can remember, and having a small cafe run by a proven restaurateur makes us very, very happy. 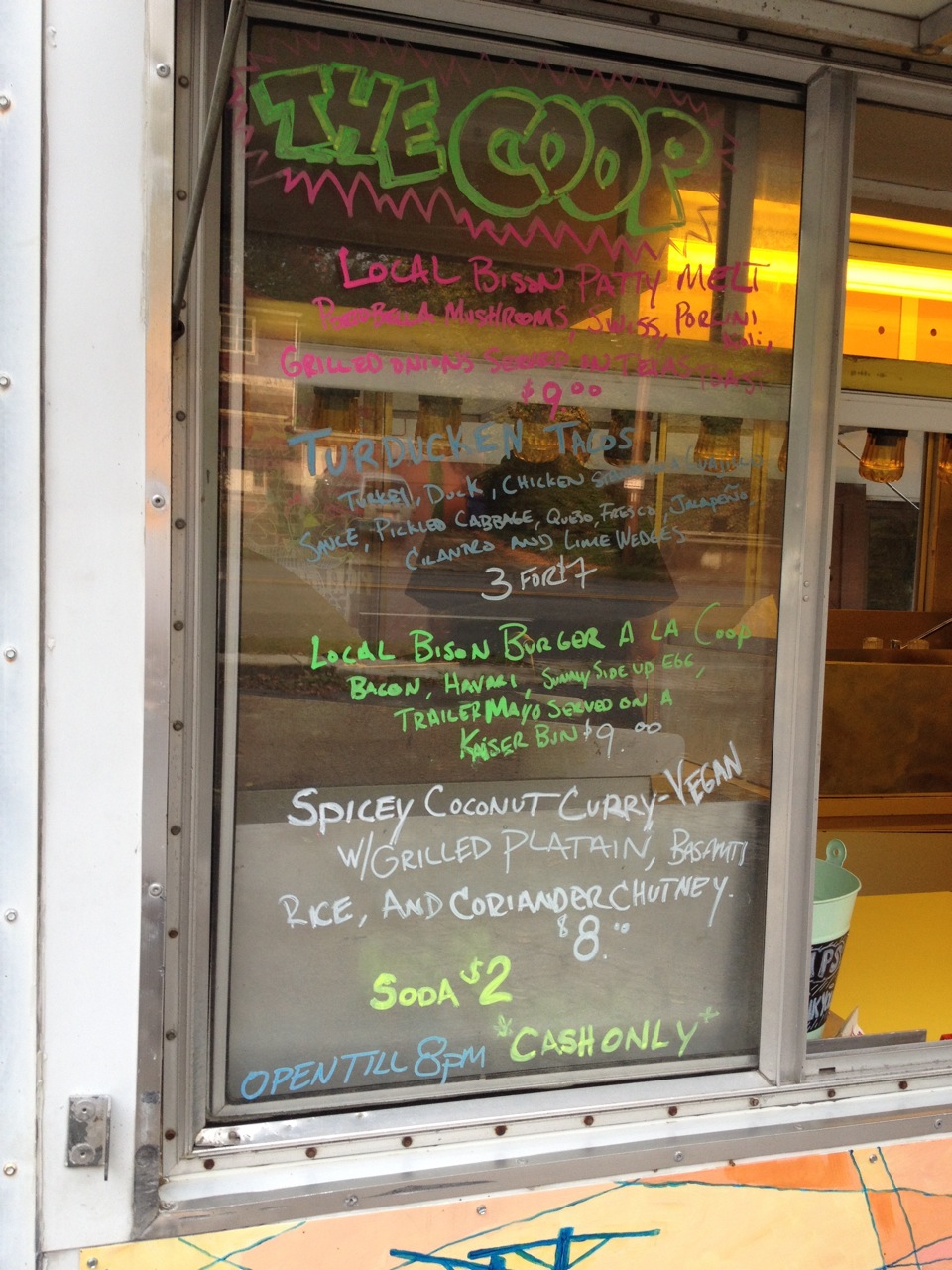 The menu rotates a bit, so it’s a good idea to follow them on Facebook. This is what we tried on a couple of our most recent visits. 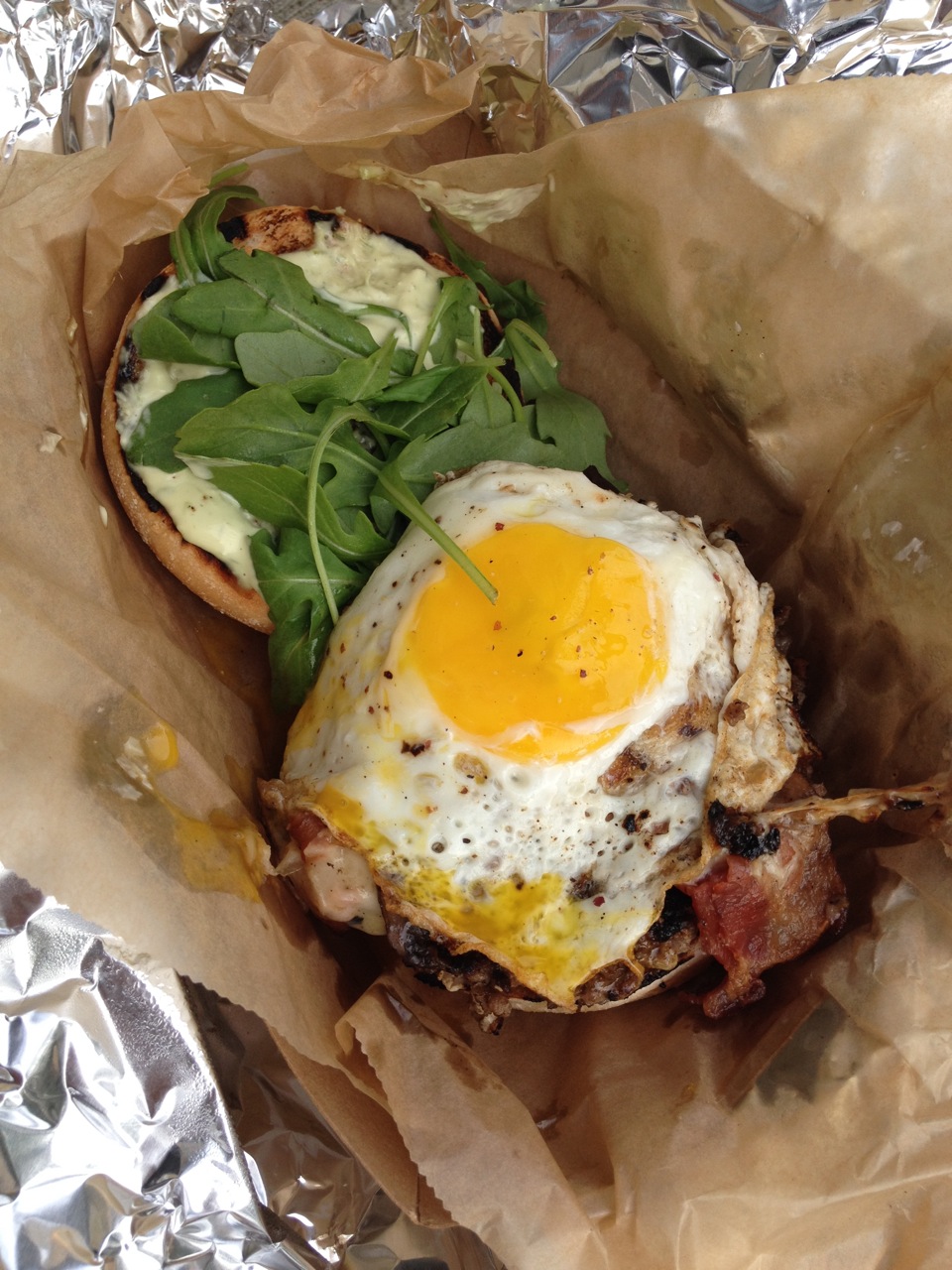 Burgers are one of The Coop’s signatures. This is the bison burger, with a bison patty, bacon, havarti, a house-made mayo, and a sunny side up chicken egg. As far as burgers go, it’s pretty solid. I’ve had bison a few times, and its taste and texture is reminiscent of beef, just a little leaner. With the egg, bacon, and cheese, you can bet that this is a messy burger to eat, so be prepared. 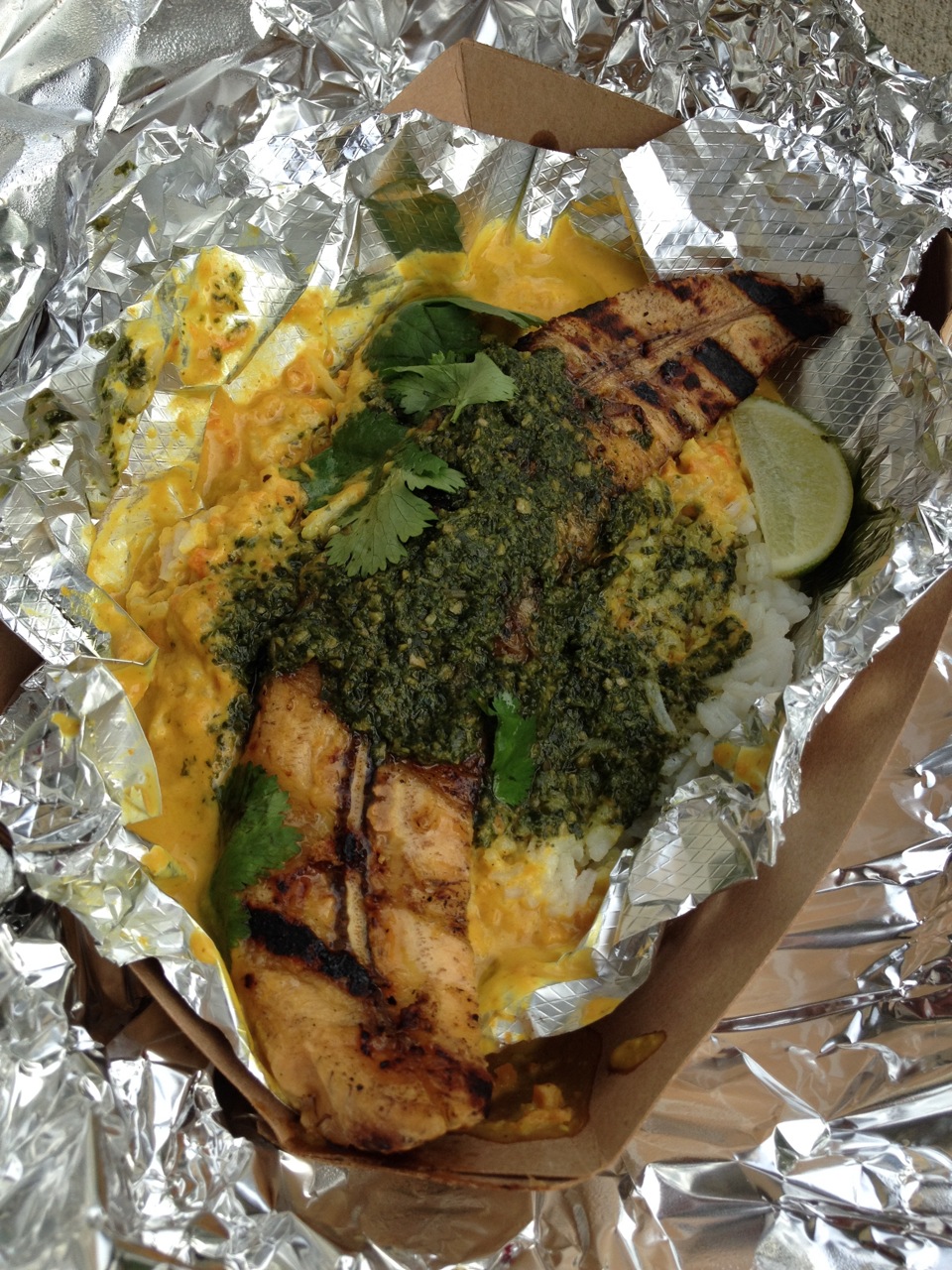 If your group includes a non-meat-eater amongst you, there is usually an option. Admittedly, this vegan coconut curry with plaintain was not our favorite thing on the menu. It’s hard to eat rice out of a container lined with foil. The foil eventually starts peeling up, and we thought the dish needed more spice overall. 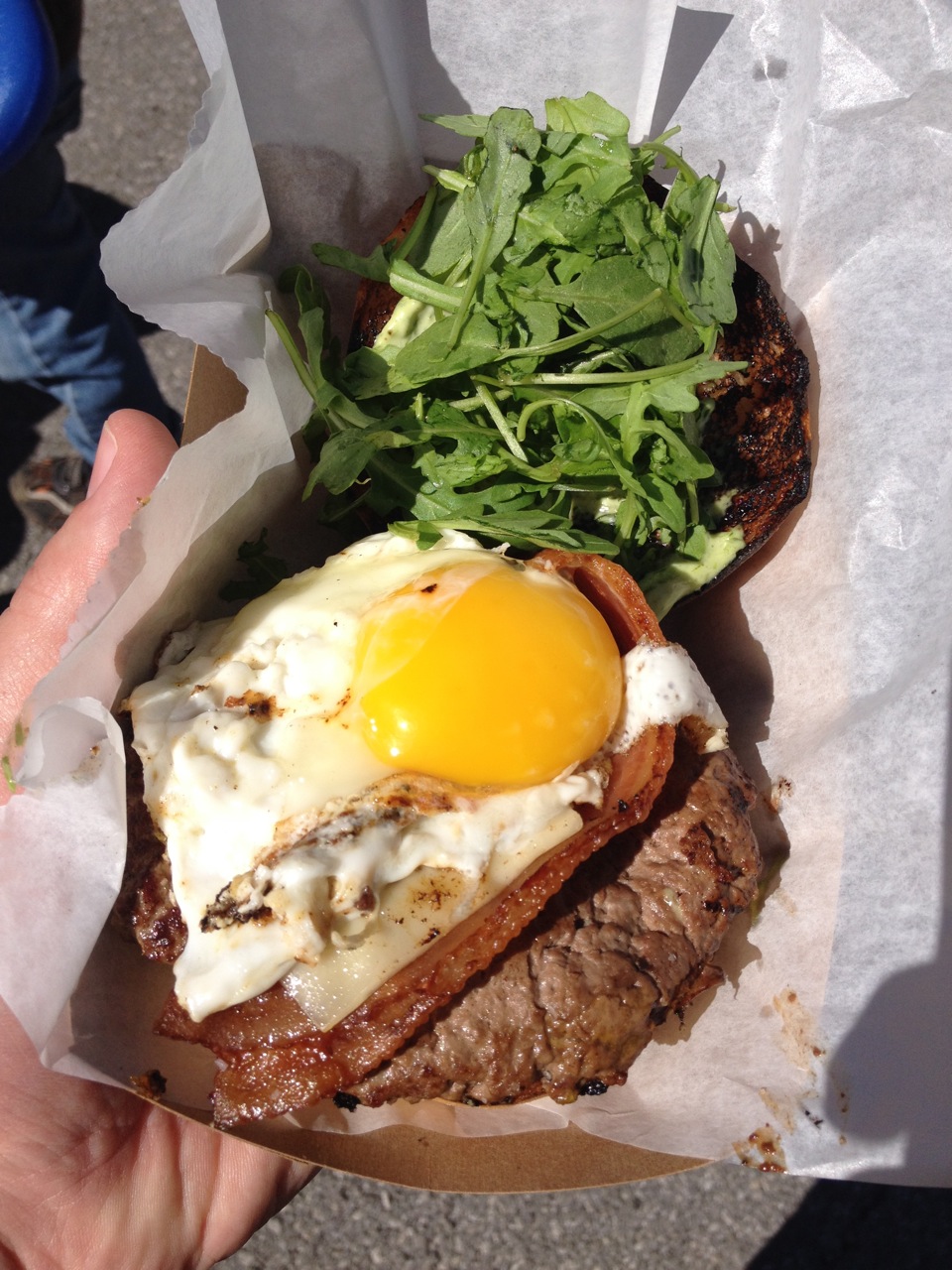 Amongst their burgers, The Coop’s yak burger is perhaps their most well-known, and rightfully so. It’s a tasty and drippy, delicious mess. I like the bison burger, but the yak is better, in my opinion. it’s lean and a little gamier, which is maybe why I prefer it. I like to taste the definite difference from a standard beef burger. At times the yak is over-powered by the bacon and cheese, but it’s hard to argue against any of the ingredients, and especially when sinking your teeth through them all together.

Filed Under: Beyond
Tagged With: beyond breakfast, food truck, mobile, vegan