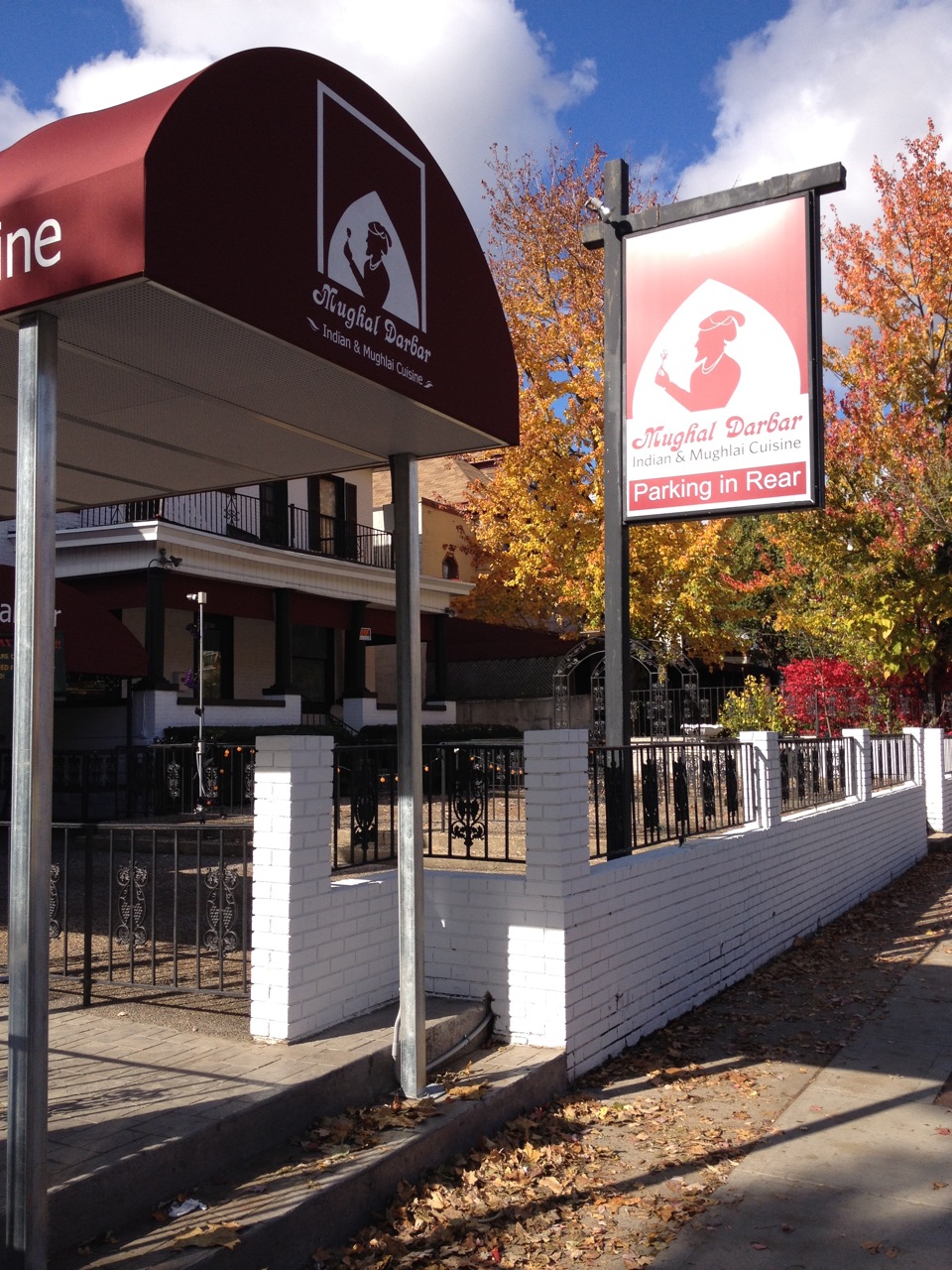 I’ve spoken before of our family’s love for a lot of cuisines, highlighting passions for Ethiopian and Mexican food, but I haven’t said much of our love for Indian cuisine, too.

Well, it’s time to rectify that. 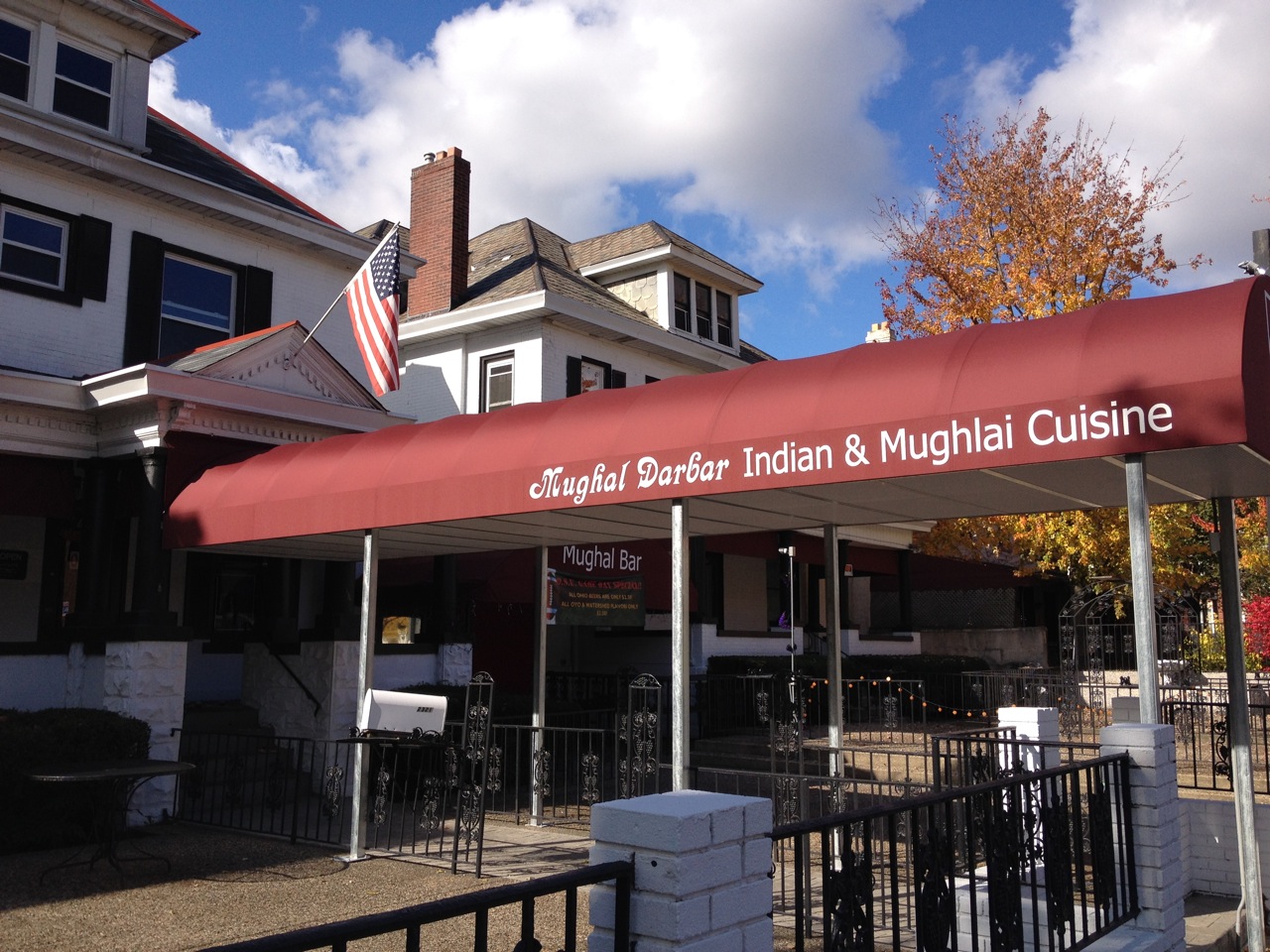 When our family falls in love with a place, we fall hard, and our loyalty sometimes prevents us from branching out as much as we should. Columbus has its fair share of top-notch Indian restaurants, but for many years our hearts were true to Taj Mahal just north of OSU’s campus. We were regulars at Taj. We were on a first-name basis with the owners. We even hosted some events with them at Wild Goose Creative. We love that they had history as one of the first Indian restaurants in Columbus, opening more than twenty-five years ago. But then they quietly closed earlier this year.

The general word (confirmed by the new owners) is that it was sold to distant family members. The building was fixed up, the menu revamped, a few of the prices lowered, and it re-opened as Mughal Darbar. The “Mughal” in the title refers to the Mughal Empire that once ruled much of India, and this translates into a little more Persian influence in the food. If you were a fan of Taj, pretty much everything you loved on the menu is still there, and there are some new favorites to boot. 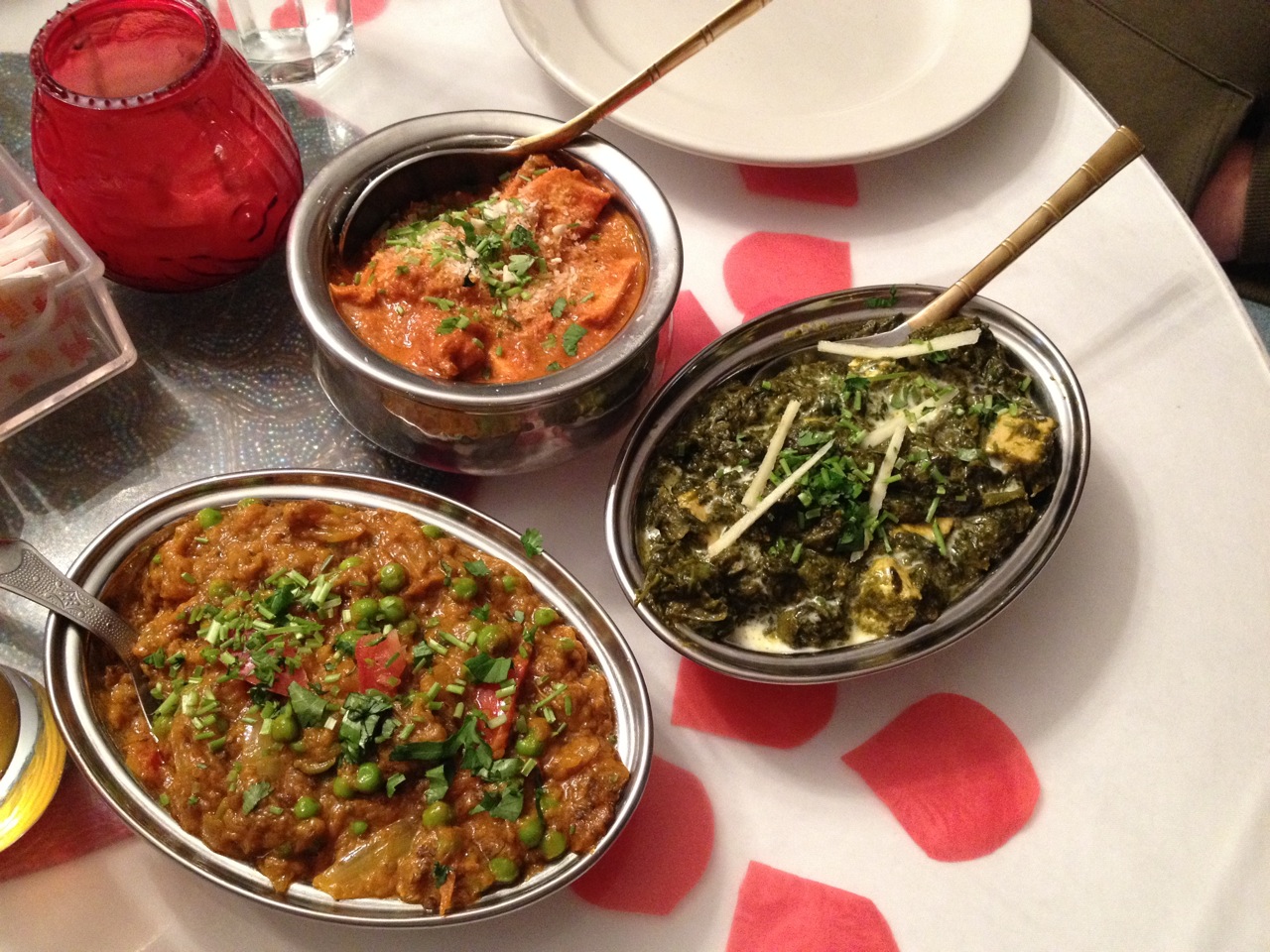 Entrees are served in metal dishes, and you spoon it over rice. This makes it perfect for sharing. Above are three of our favorites. At the top is coconut murgh, or coconut chicken, in a sweeter sauce with big chunks of tender chicken. To the right is saag paneer, a tangy combination of spinach (the saag) and paneer, a spongy white Indian cheese. On the bottom left is baingain bartha, a rich and slightly smoky eggplant dish. 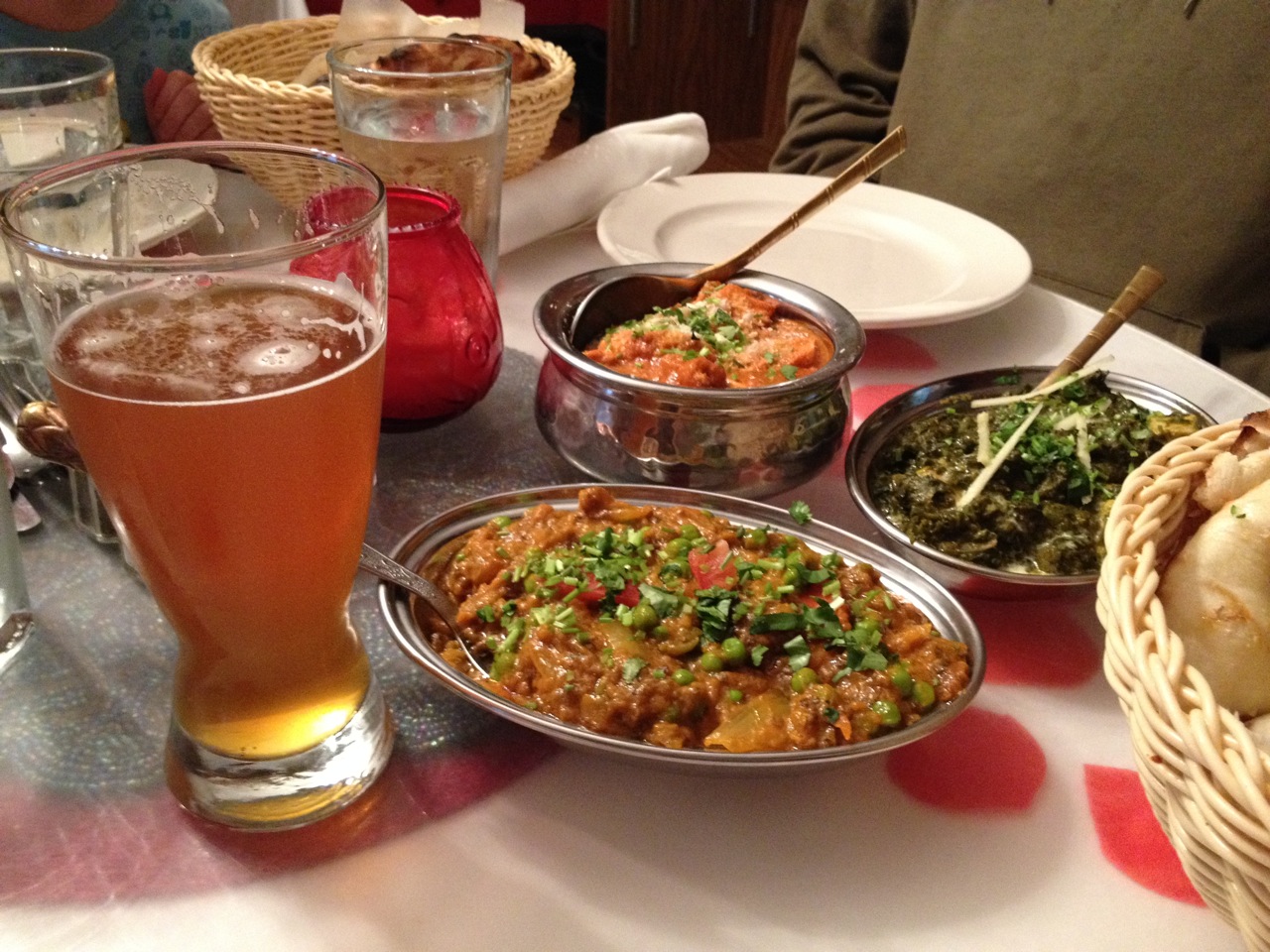 Mughal also has a full bar. I appropriately ordered Elevator Brewing’s India Pale Ale to pair with our meal. 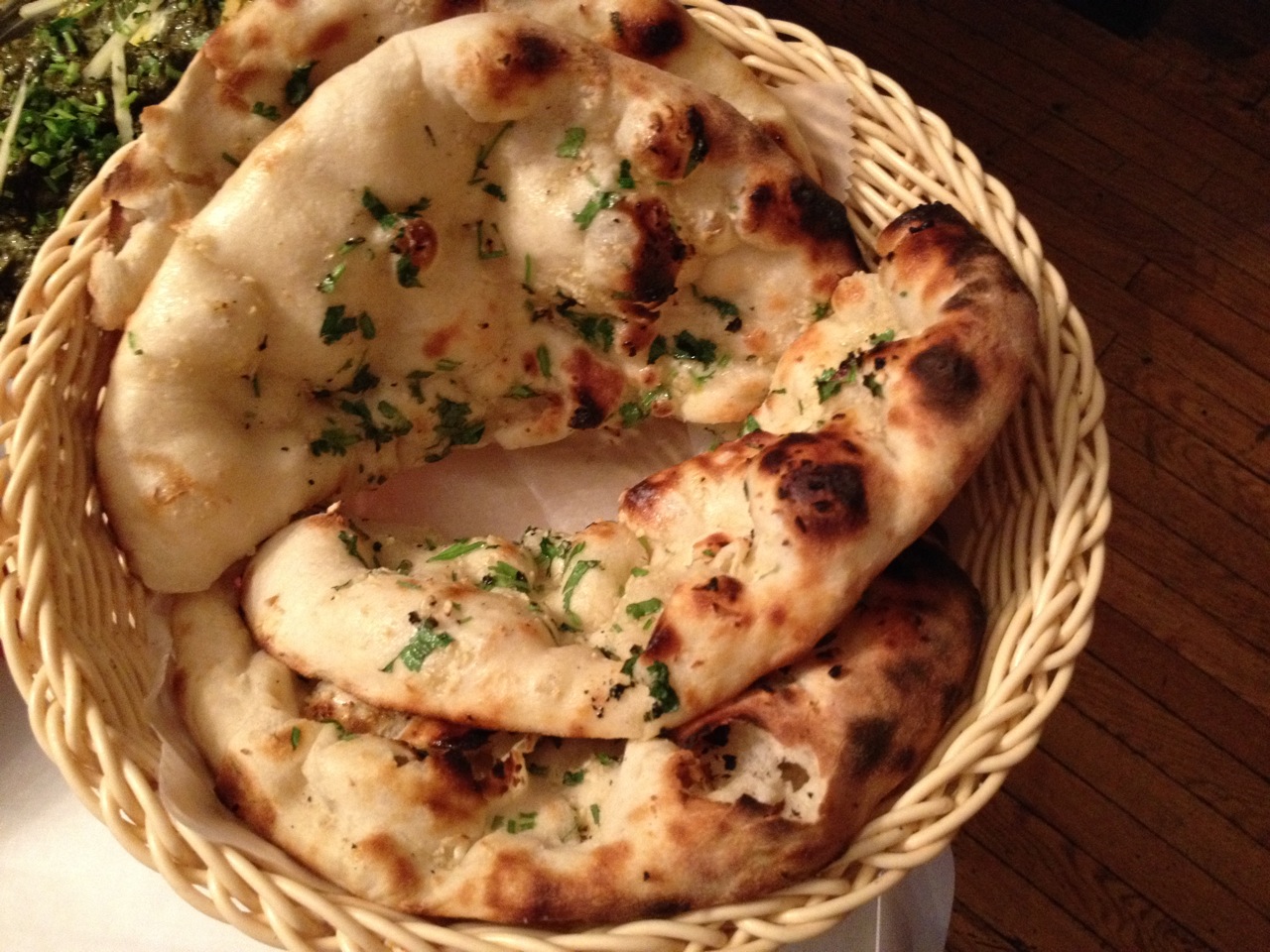 Indian food is typically served with naan, a thin crusty bread that’s baked on the side of a tandoori oven. There are a multitude of flavors, but we usually go for the garlic naan and the paneer onion kulcha, which includes cheese and onion. 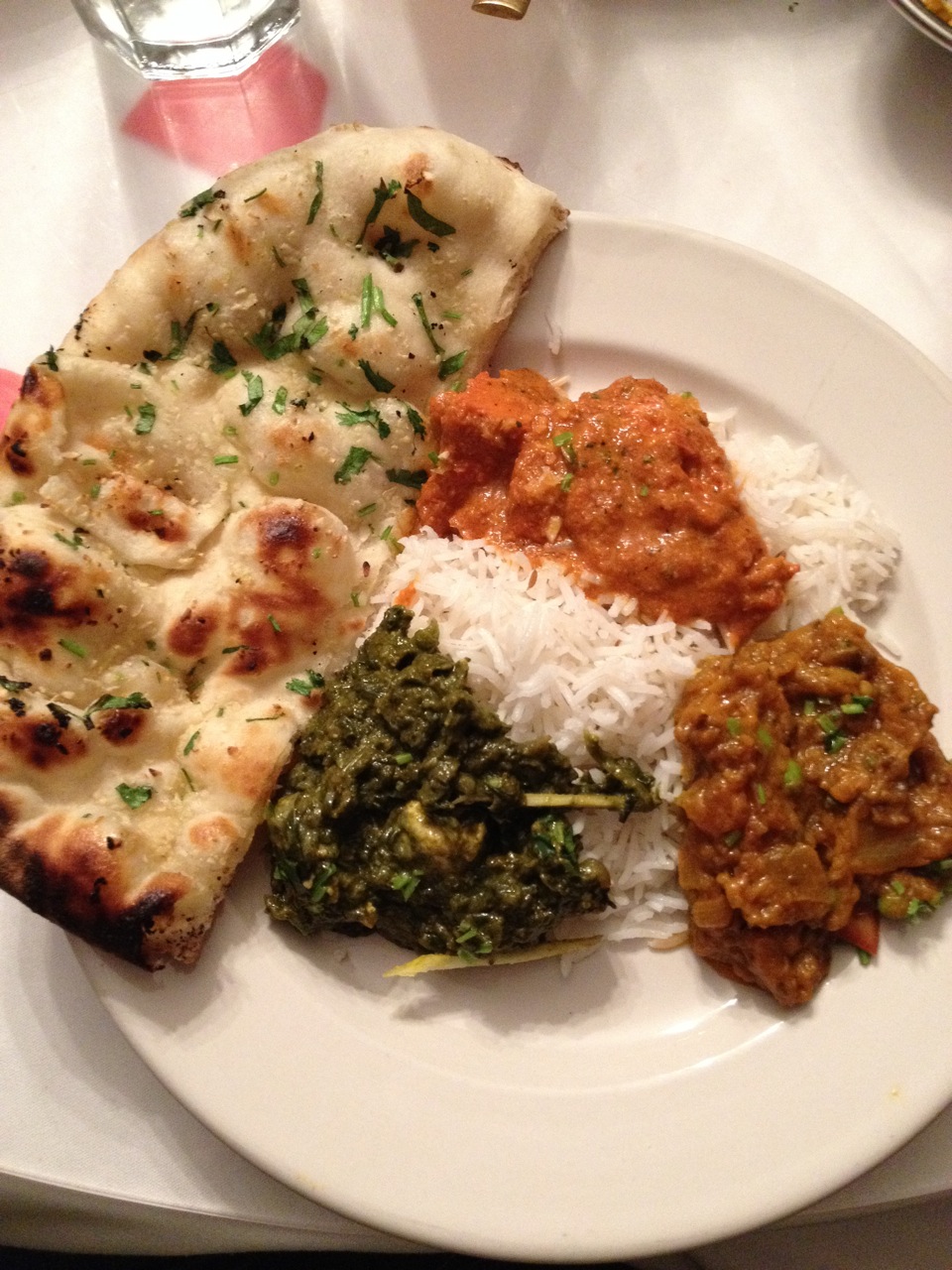 Much like Ethiopian cuisine, Indian food can be eaten by tearing pieces of naan and scooping bites of the meat, vegetables, and rice. 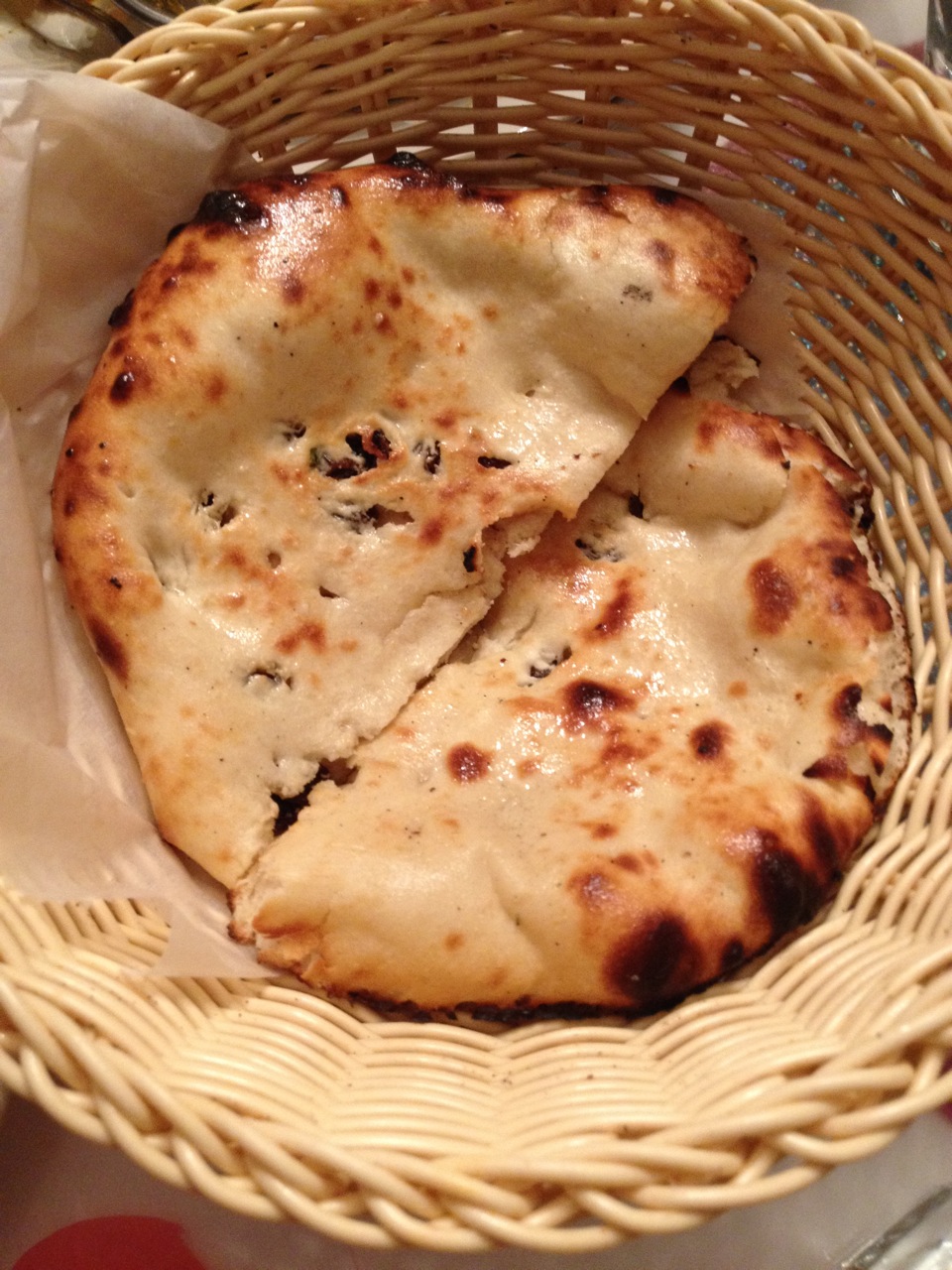 Mughal includes a type of naan called peshwari naan, too, which usually has nuts and fruit in it. We were so-so on this one – it was a little dry – but our impressions are unfair because we absolutely loved this bread when we studied abroad in London. 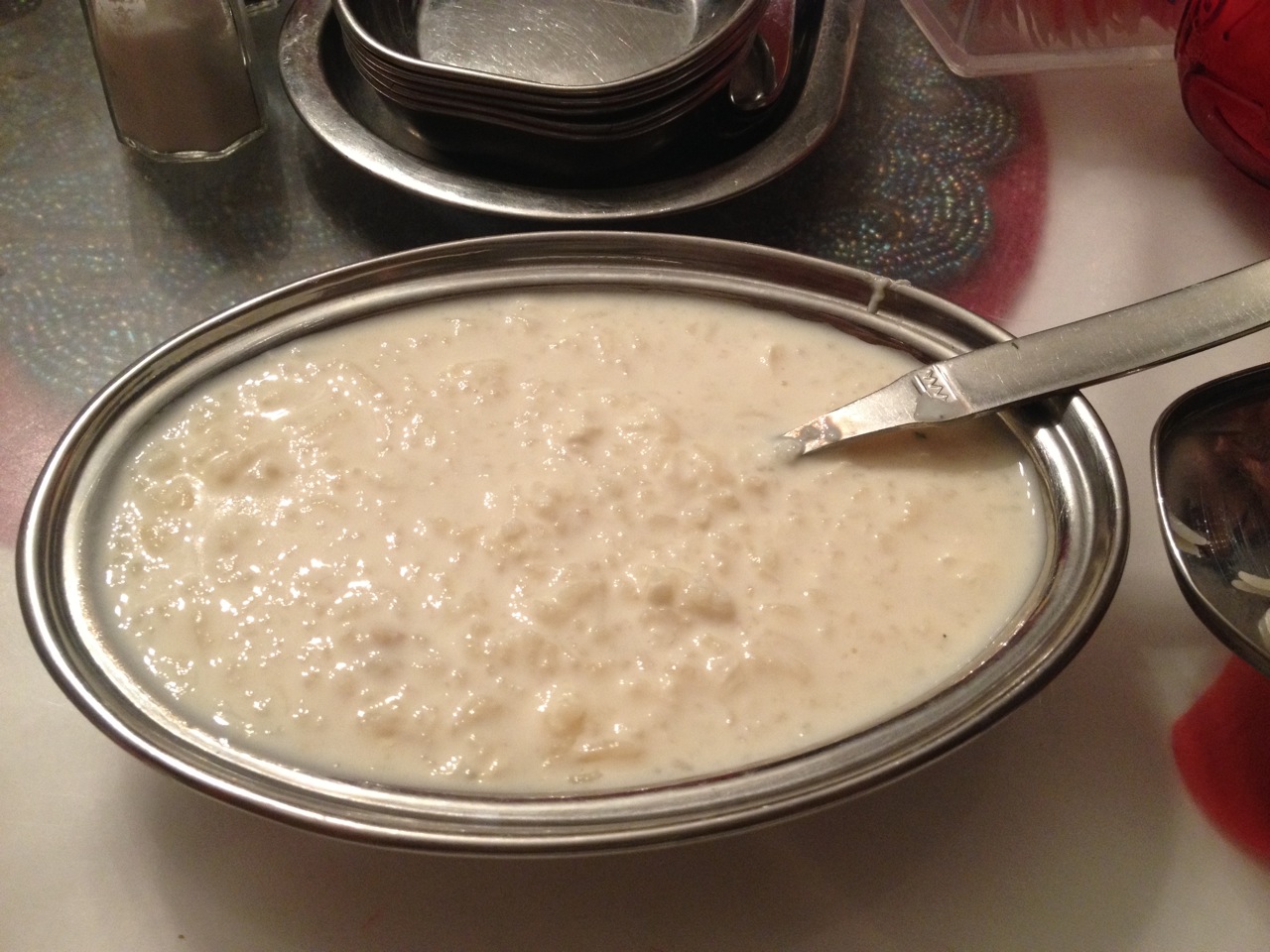 Our recent visits took place during Dewali, and Mughal offered a wider range of desserts than they normally do. We enjoyed some rice pudding. 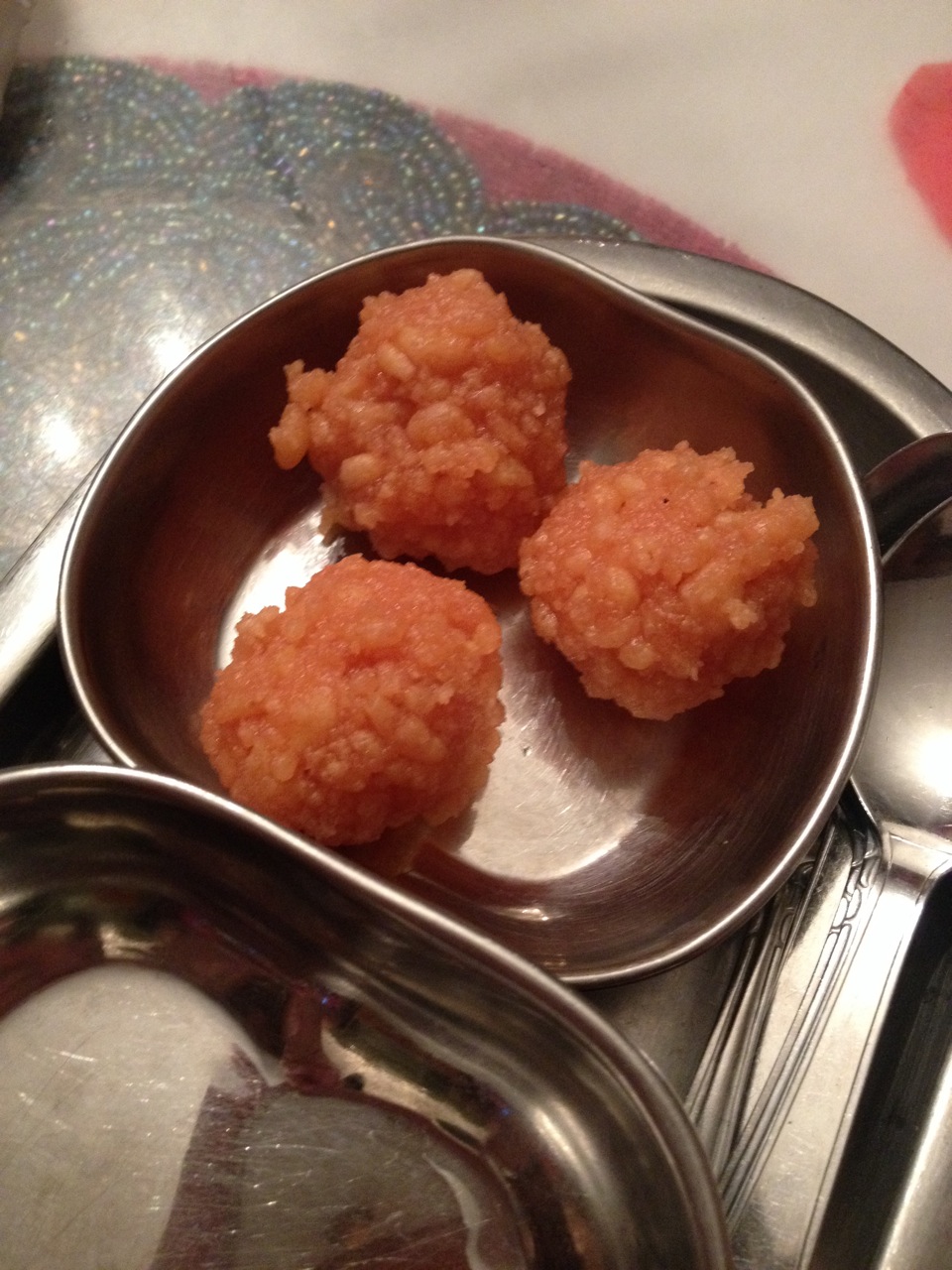 As well as these sweet, crispy honey fritters (I can’t remember their name). 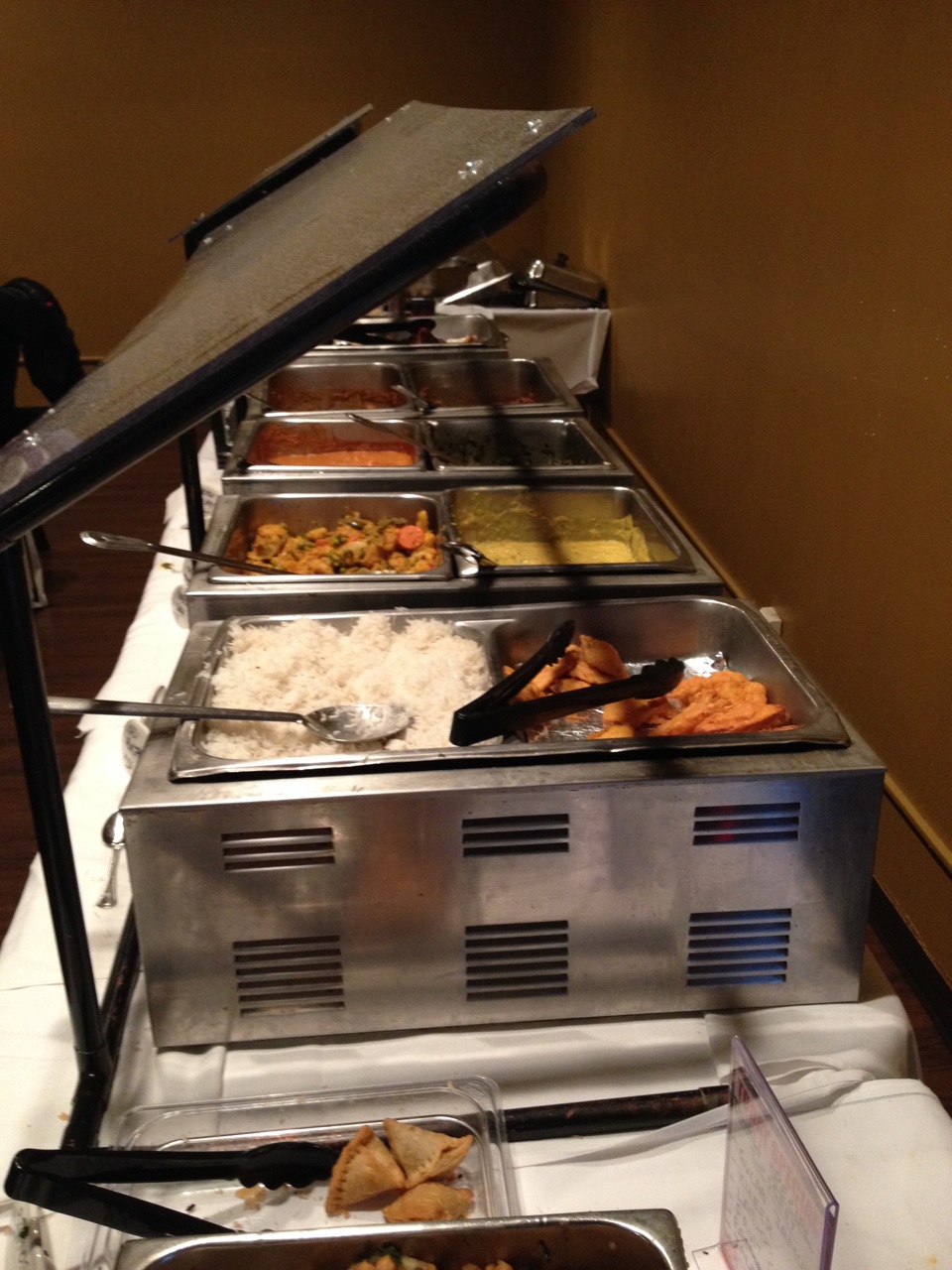 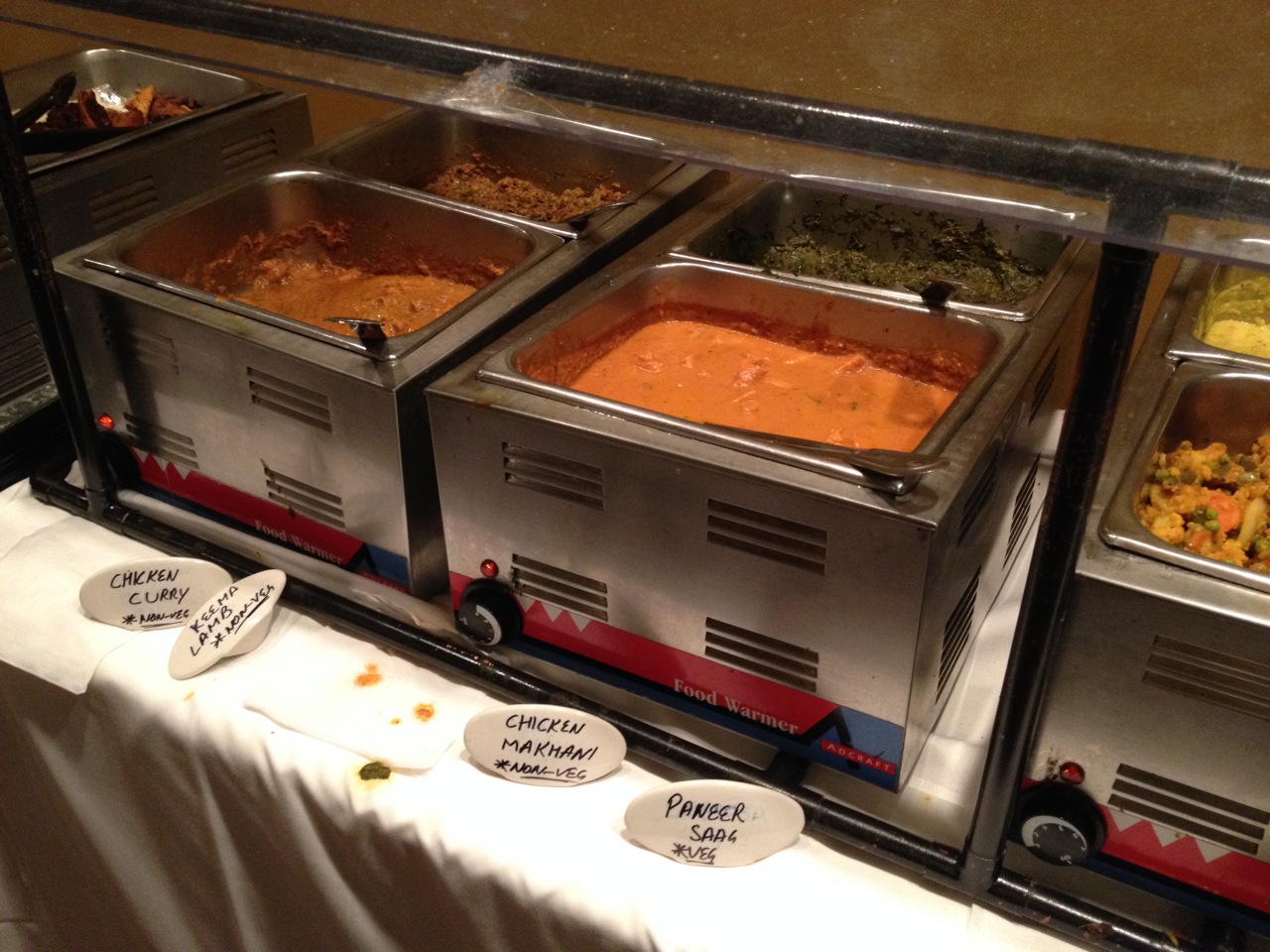 Their food holds up to the buffet treatment, and it’s a chance for you to sample a lot of different dishes, plus appetizers, salad, naan, and dessert. 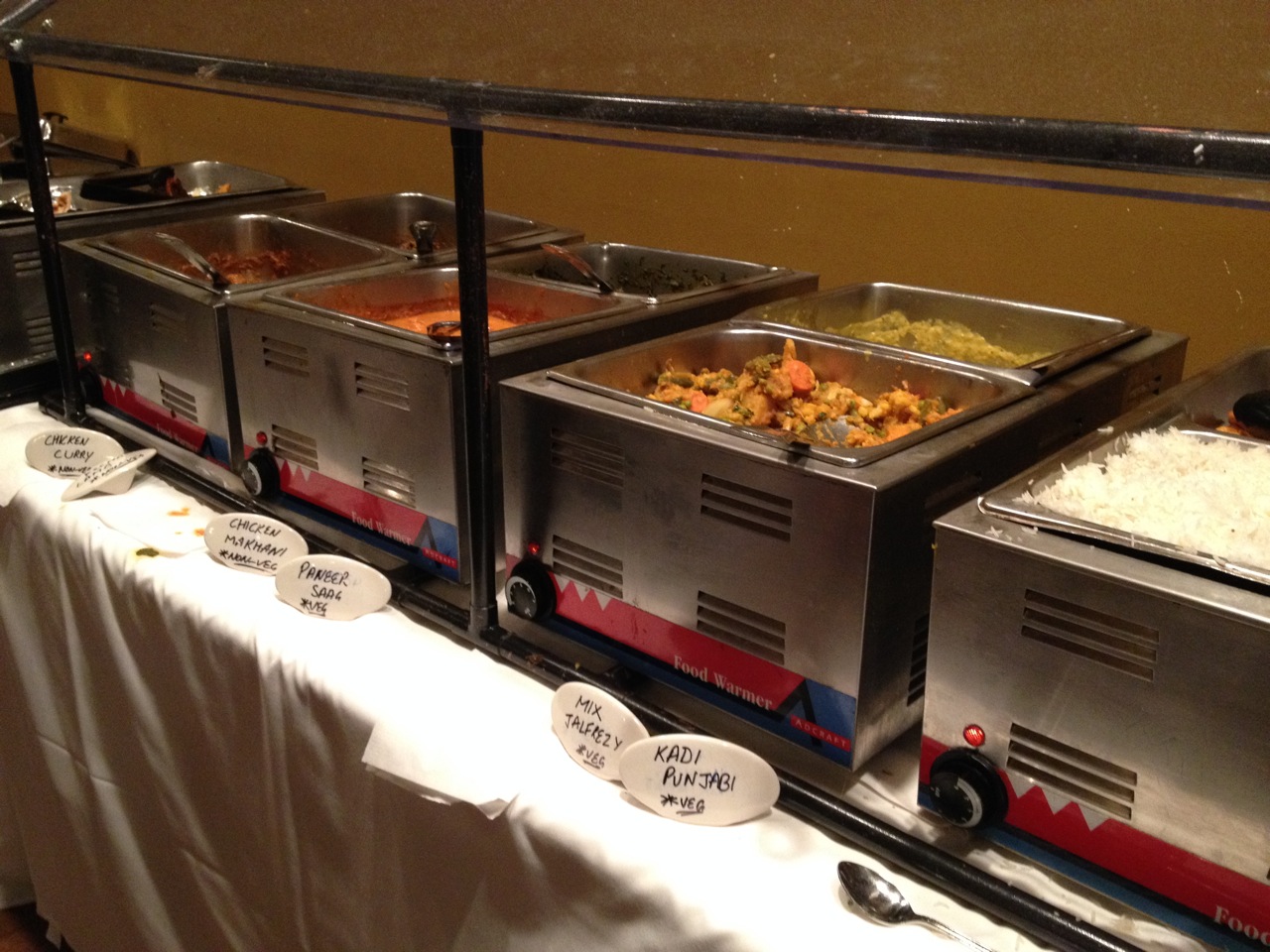 You can’t really see it from these pictures, but the owners at Mughal Darbar have done some much-needed updates to their space, with fresh paint and decorations, refurbished of wood floors, and better lighting. The restaurant is an old house on High Street, just north of campus, and they’ve done a wonderful job of making it feel even more homey. 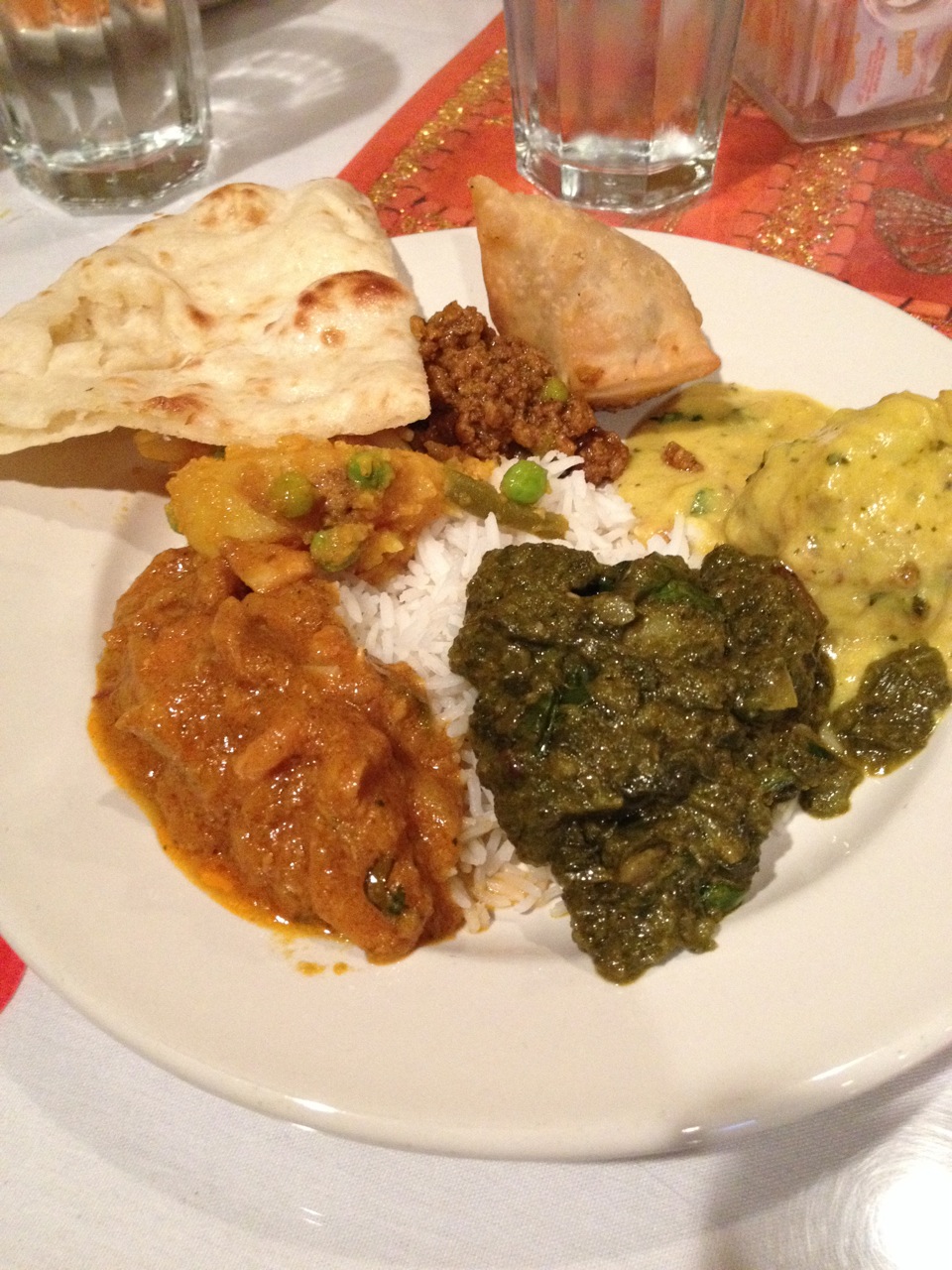 Our last trip to the buffet included meals with vegetables, beef, potatoes, chicken, and lamb. 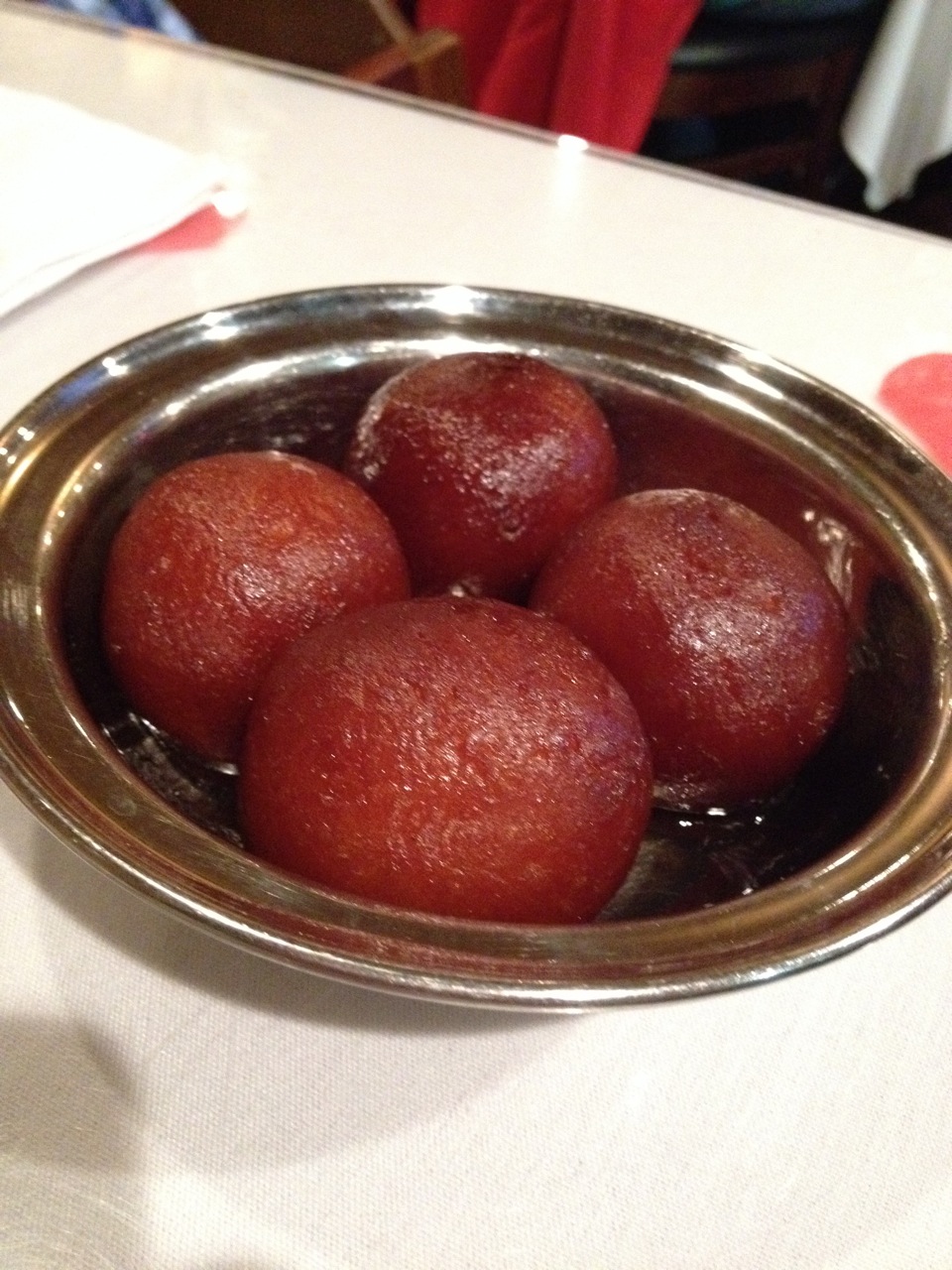 And you have to finish a run at the buffet with a couple (or four) of these spongy fried cake balls. They’re hot and soaked in honey, and therefore delicious.

We certainly miss Taj Mahal and the family that ran it, but Mughal Darbar has taken a beloved experience and improved on it. So it will continue as our go-to for Indian food in town.

Filed Under: Beyond
Tagged With: beyond breakfast, campus, Columbus, Indian, Ohio