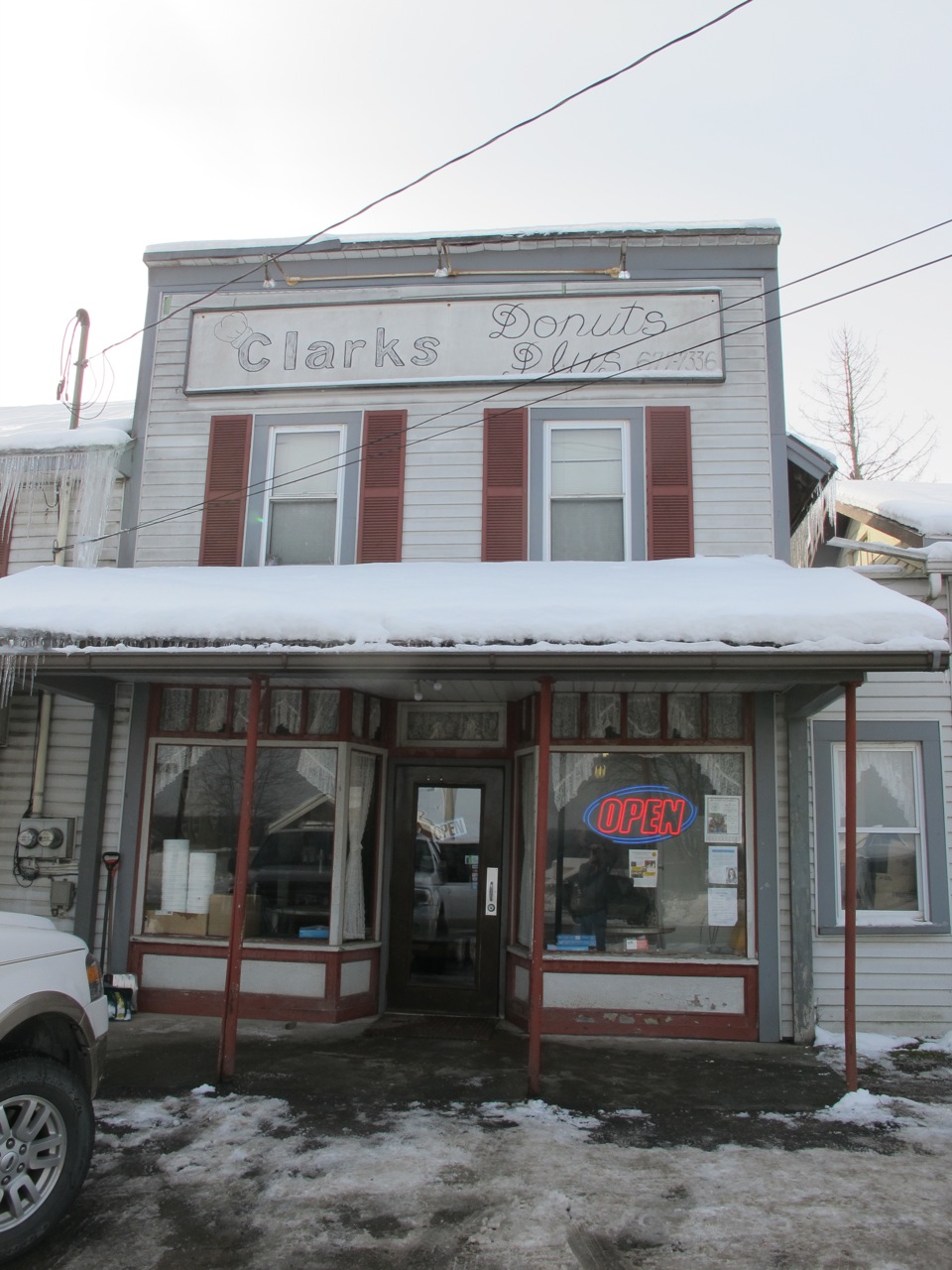 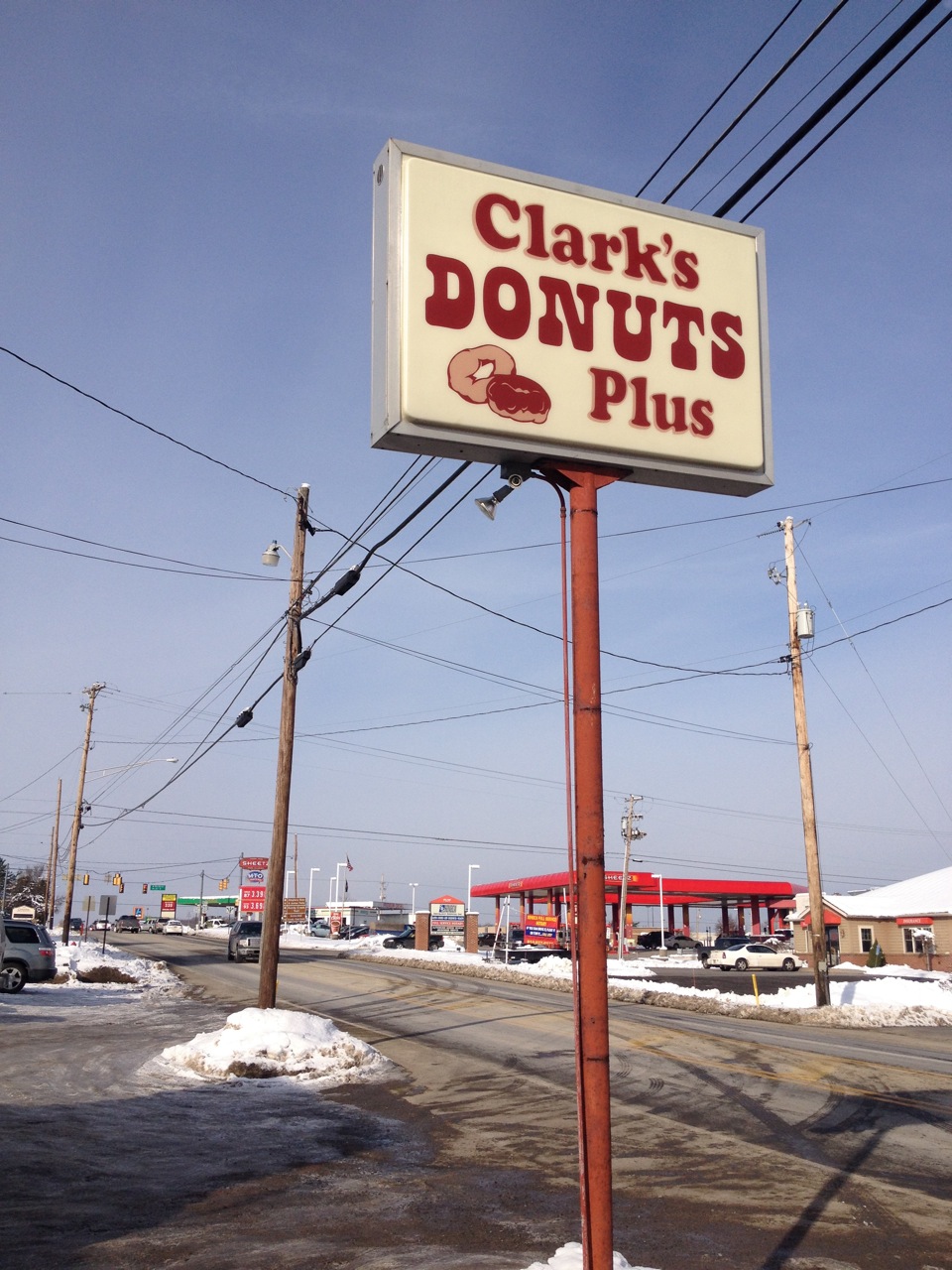 Over Thanksgiving we were taking the kiddos to ride the Oil Creek & Titusville Railroad, a little historic train that rolls you through the beautiful Pennsylvania hills and past the world’s first oil well. But we can’t just go ride the train, especially when we find there are donuts nearby! 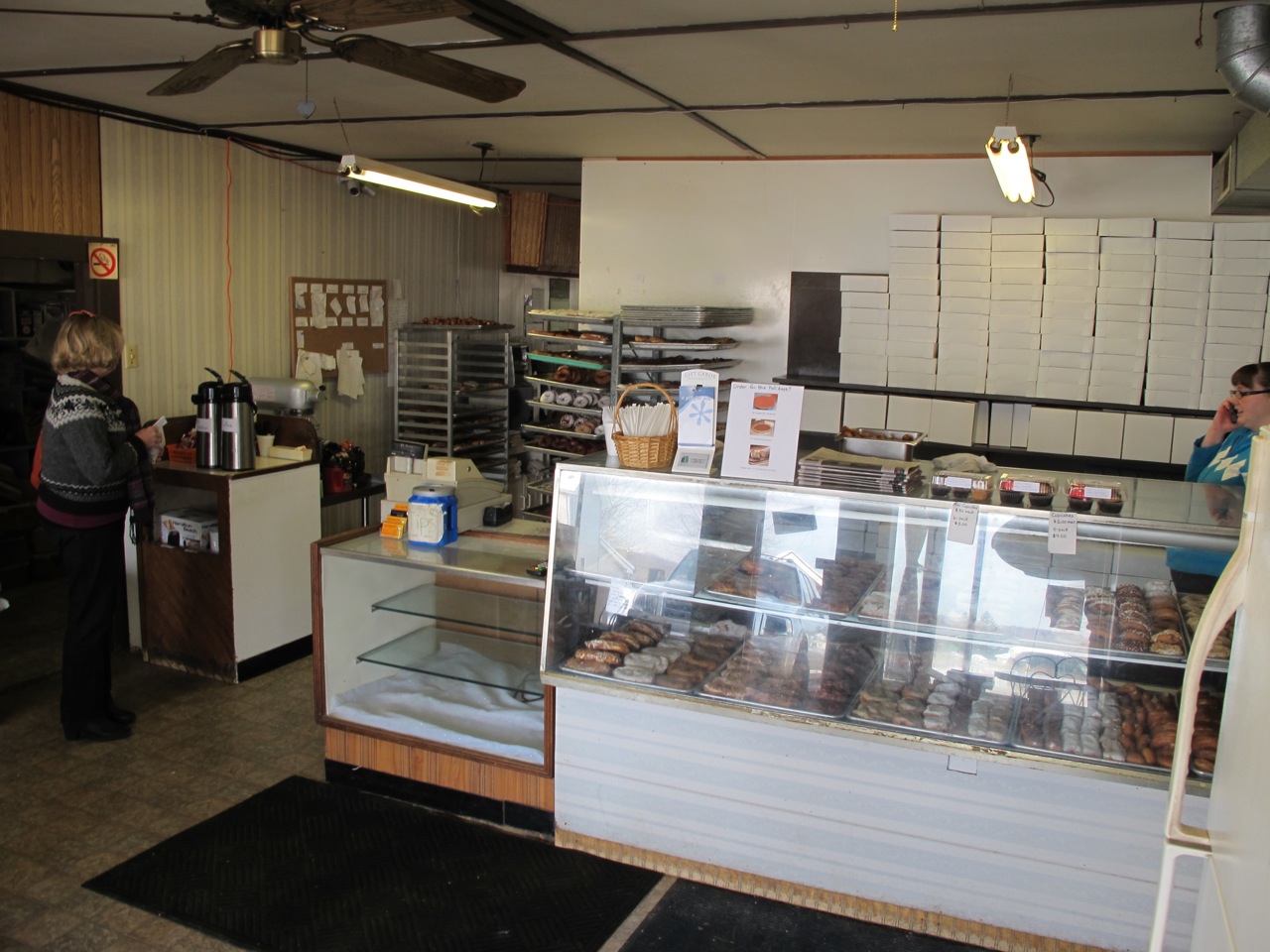 My father-in-law knows the area well, and had seen cars lining up outside Clark’s Donuts many times, so we joined the throngs to see what all the fuss was about. 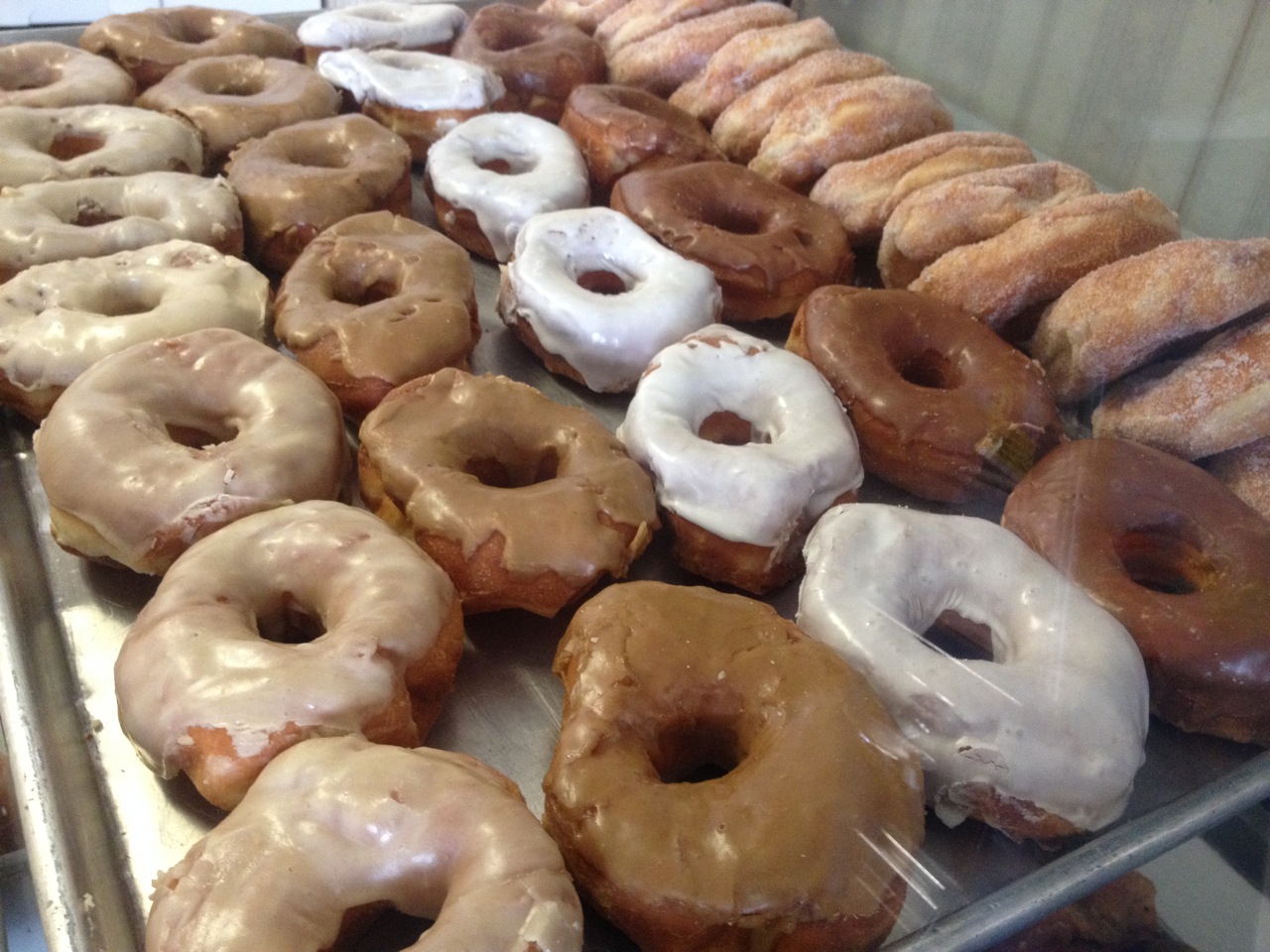 It didn’t take long to find out why. Trays of donuts, that’s why. Trays and trays of fresh donuts. 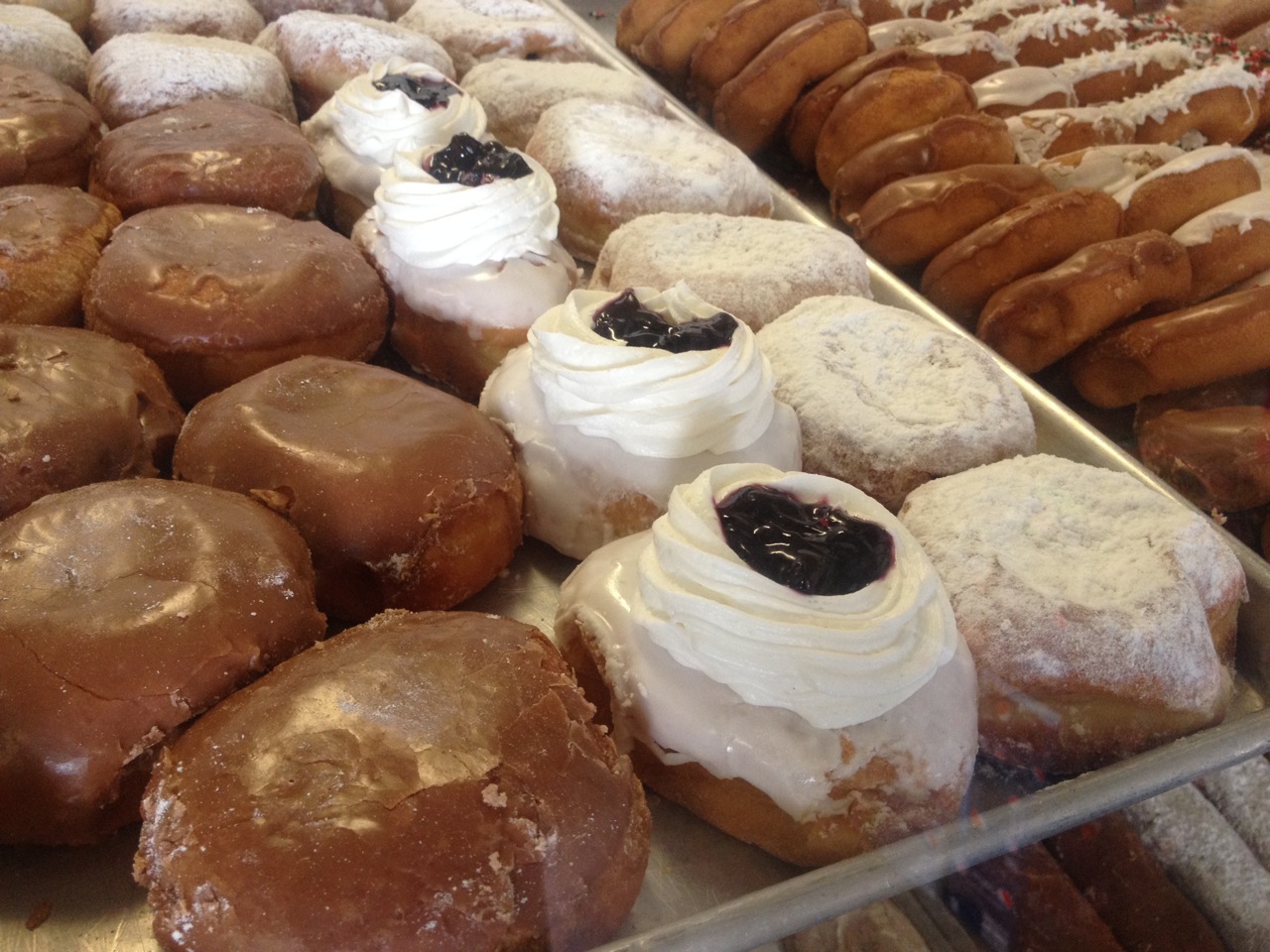 Note the “Plus” in the bakery’s name. That’s because Clark’s Donuts Plus is the secondary location of – you guessed it – Clark’s Donuts in nearby Titusville. The Plus store has been open for over 20 years, an employee told us, while the original Clark’s has been around for nearly 75 years. 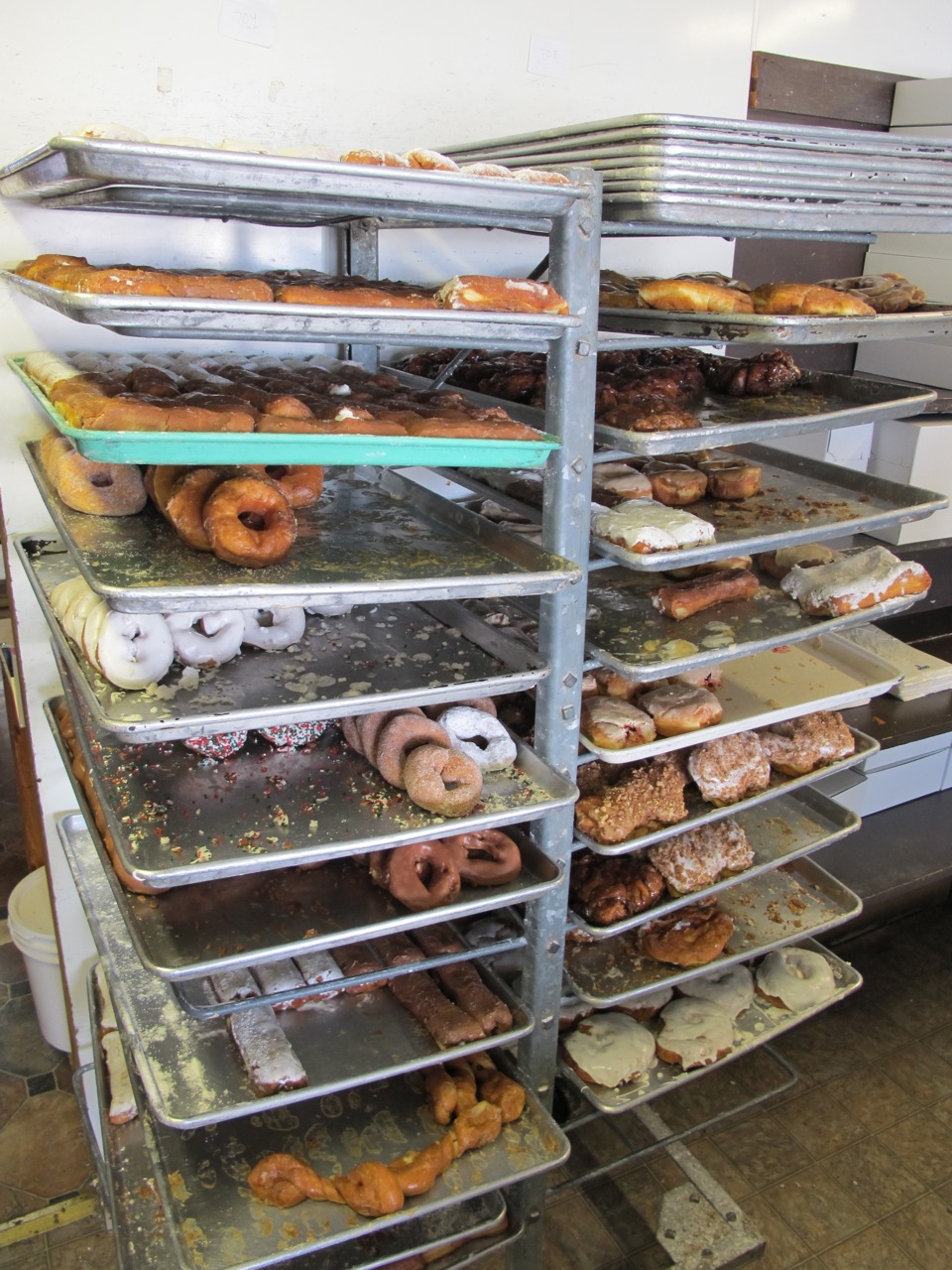 Like a true old-school donut shop, they’ve been getting by on the strength of their donuts and not the sophisticated digs or strong social media presence. People know about their donuts because of good old fashioned word of mouth. 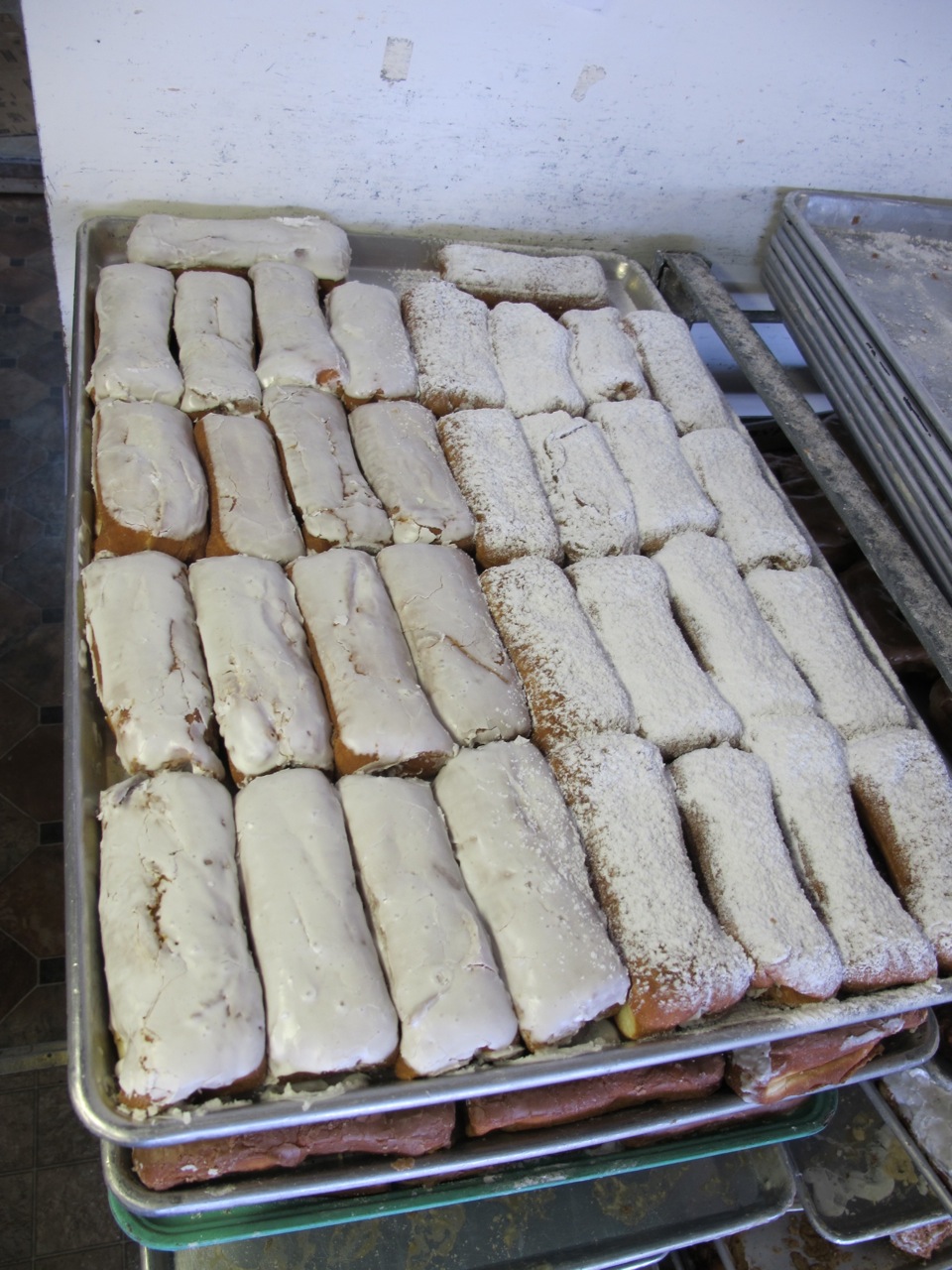 I mean, what’s not to like about seeing trays of donuty goodness? Clark’s was well-stocked, even mid-morning with a steady flow of customers. 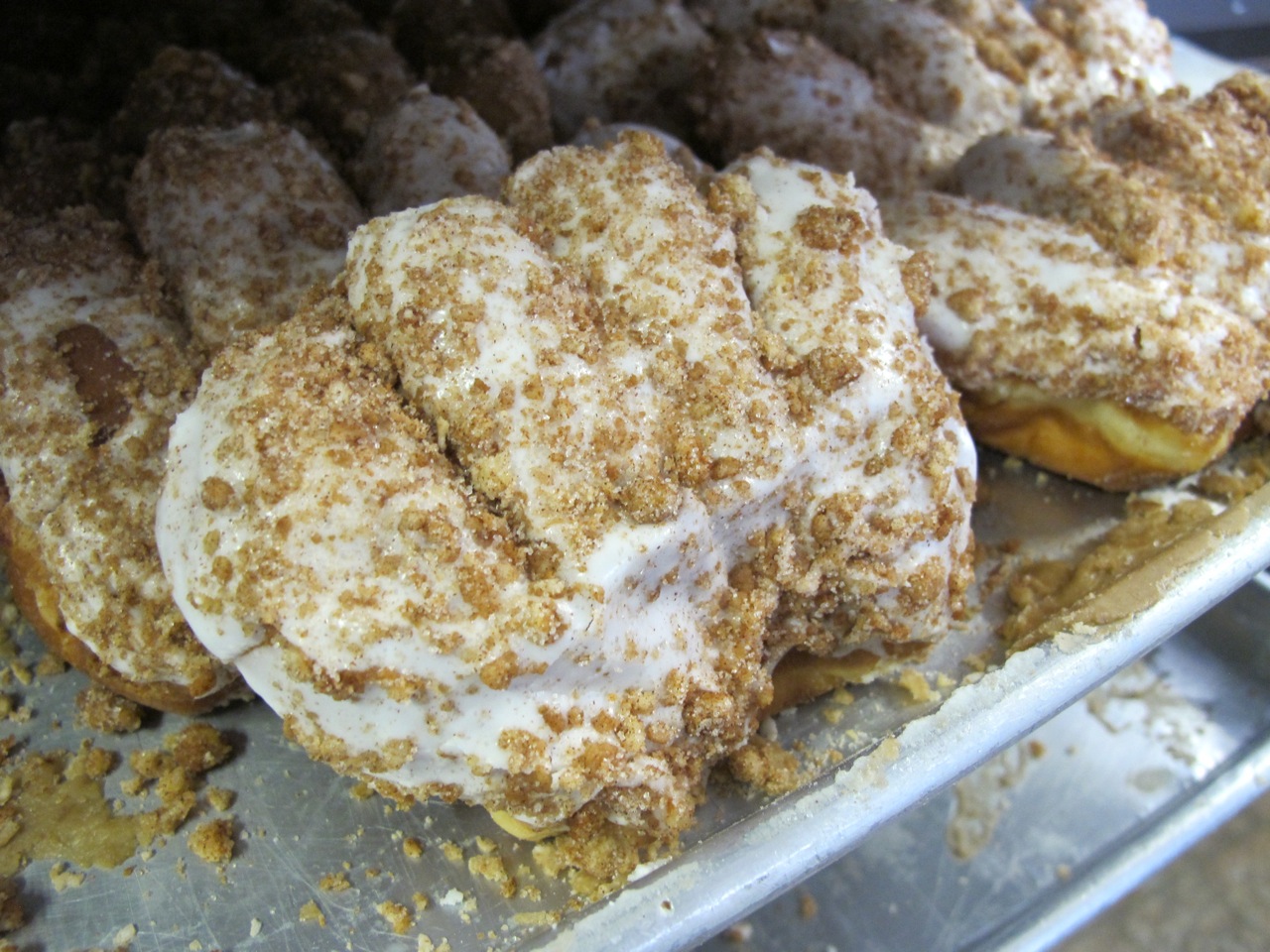 They had a tremendous variety of donuts, too. Cake donuts, fritters, giant bearclaws… 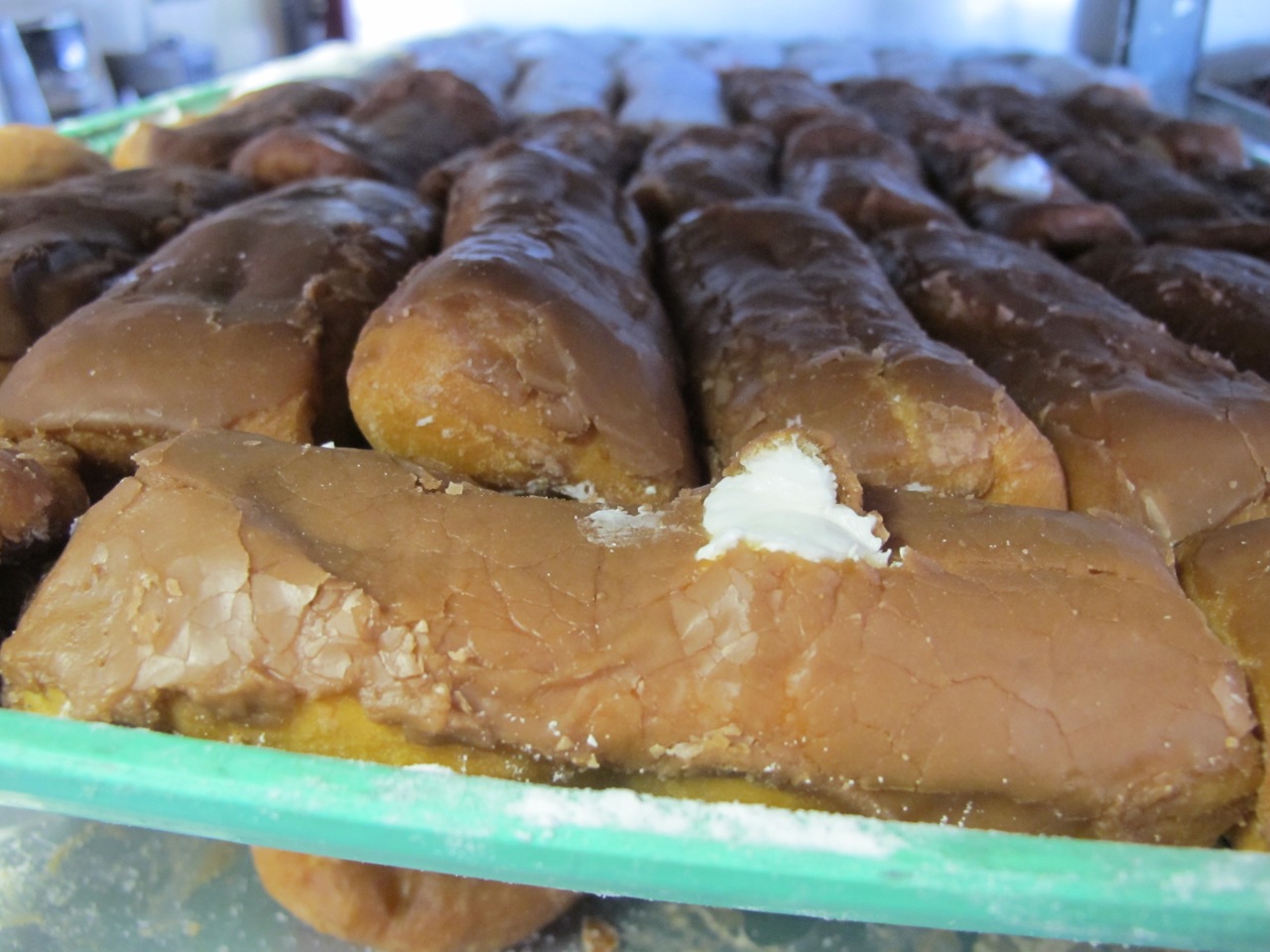 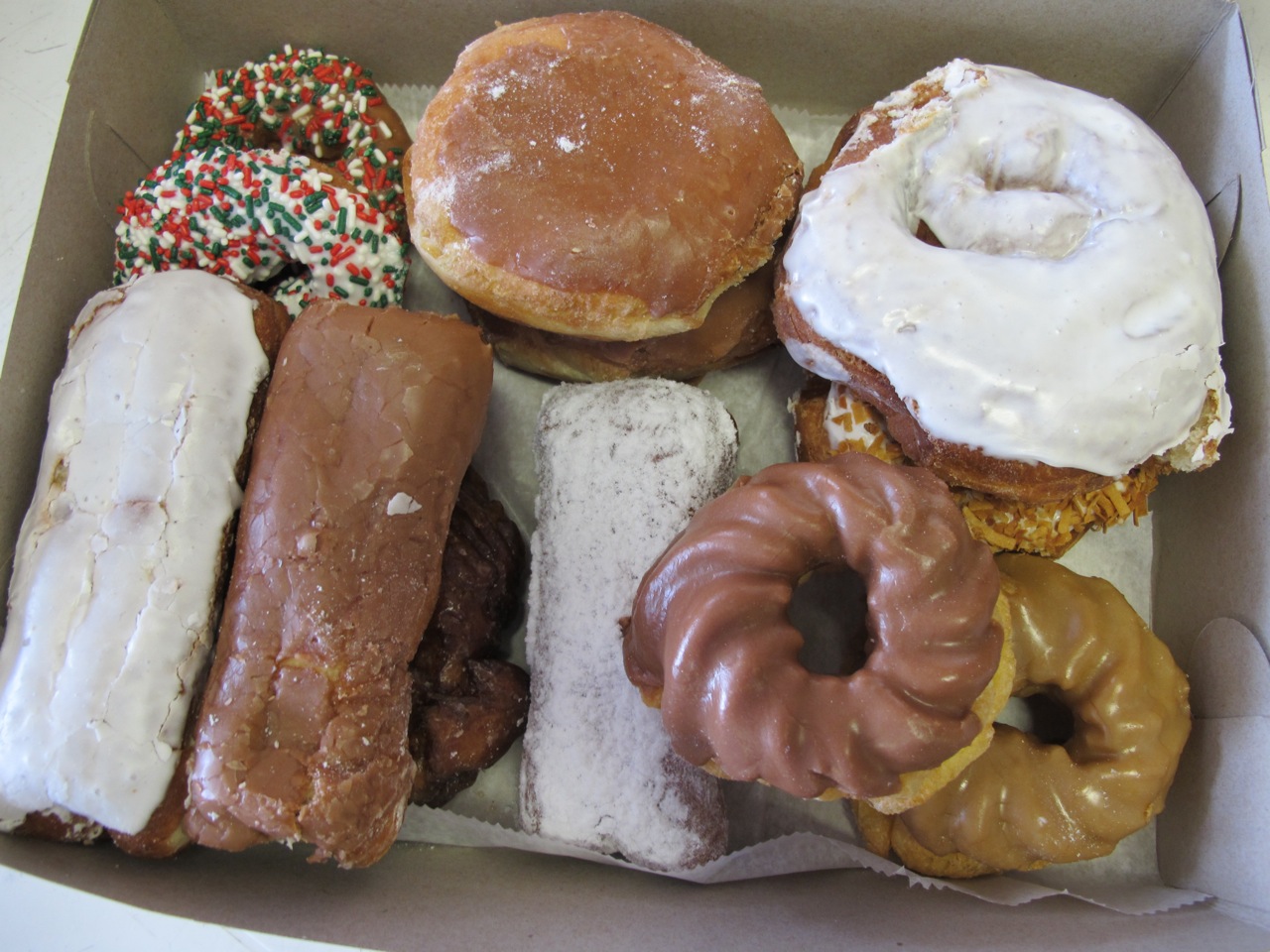 We boxed up a sample of nearly everything, because, you know… research. 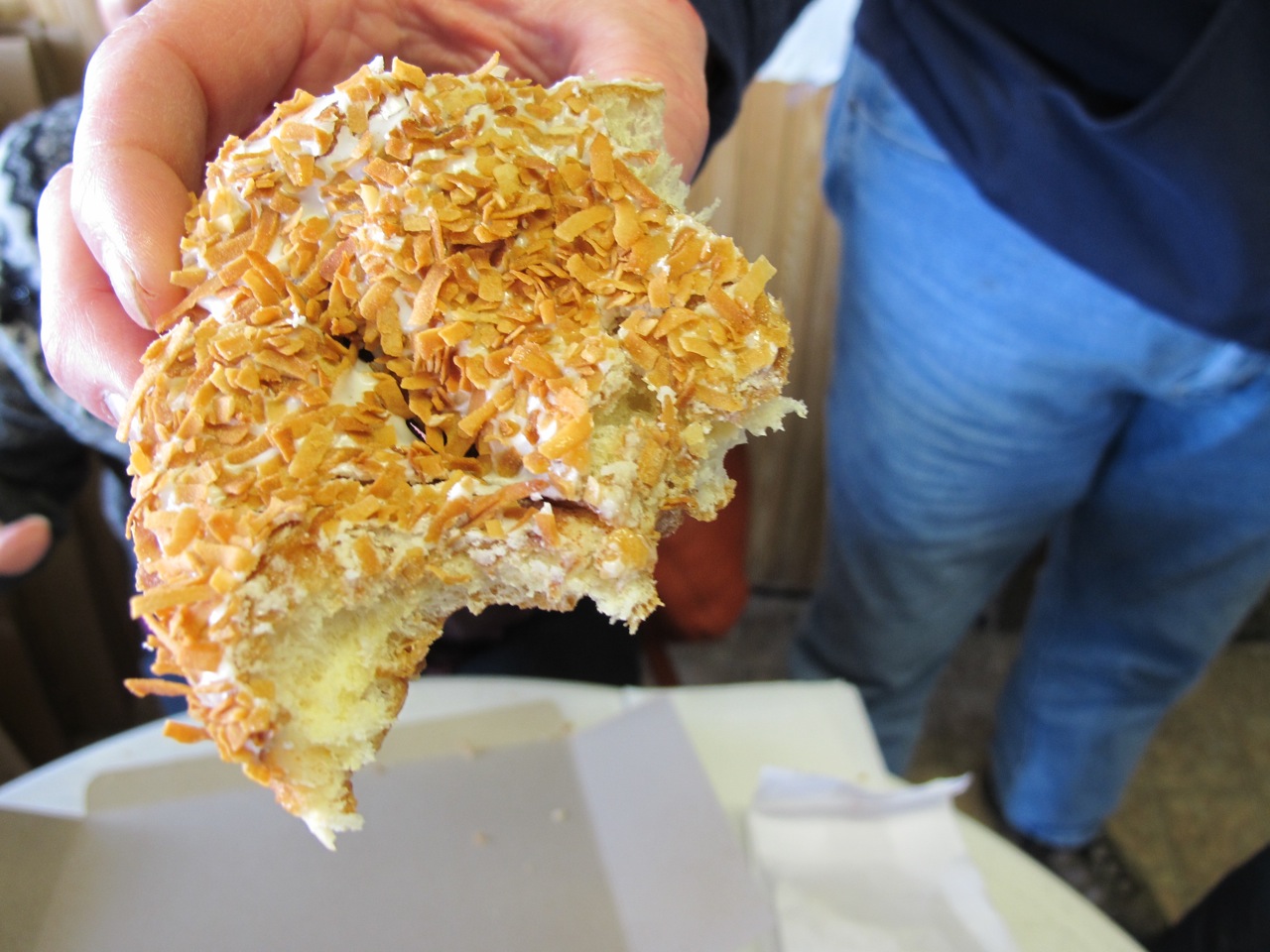 We didn’t meet a donut we didn’t like, but the longjohns were impressive, not to mention these iced donuts with toasted coconut. 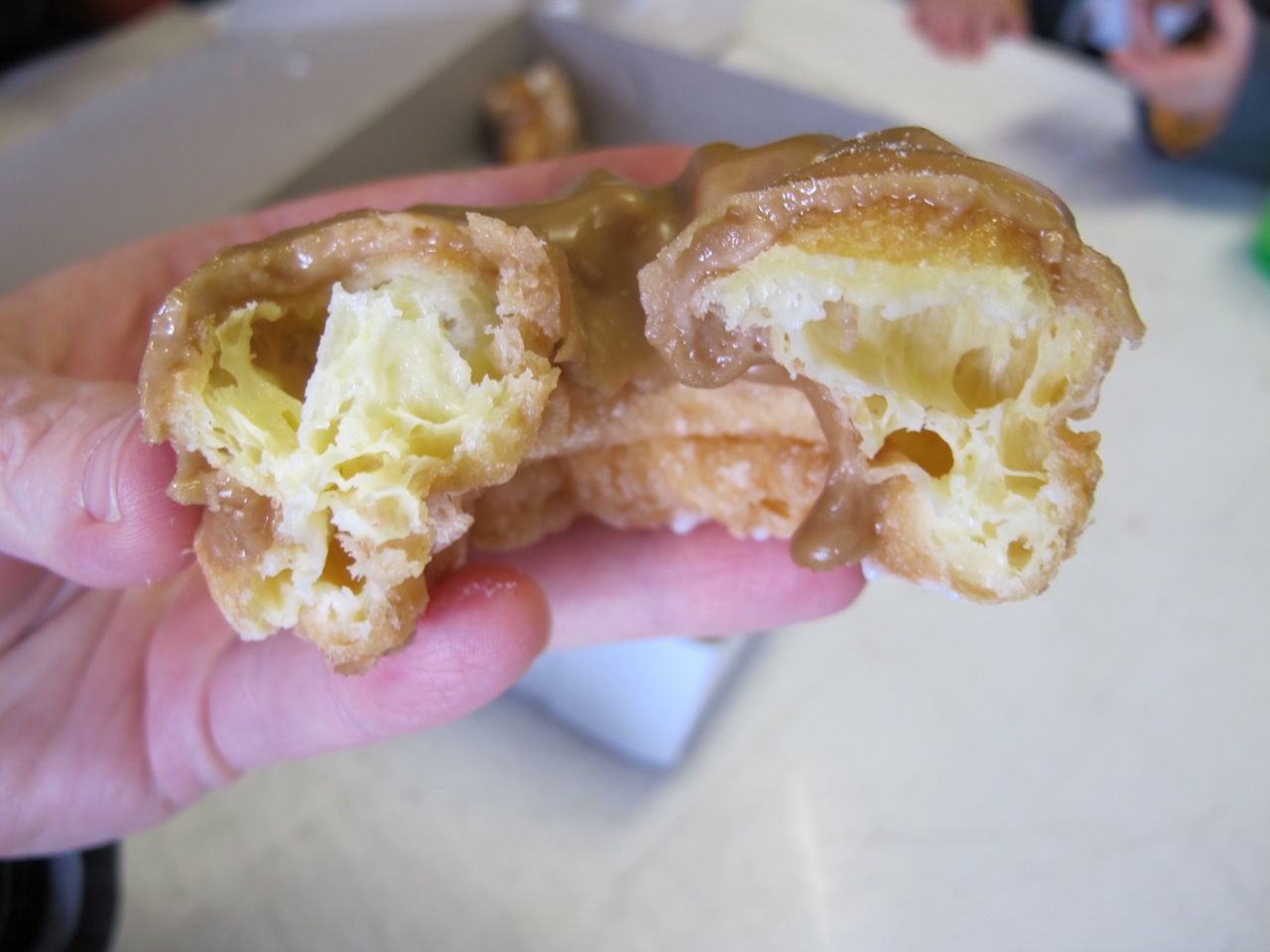 And these maple-iced beauties that were light and fluffy.

I love knowing that old donut shops like Clark’s are still thriving. The American culinary landscape would be poorer without them. So if you find yourself traveling through the Cranberry area, pick up a box. And grab one for me, too.