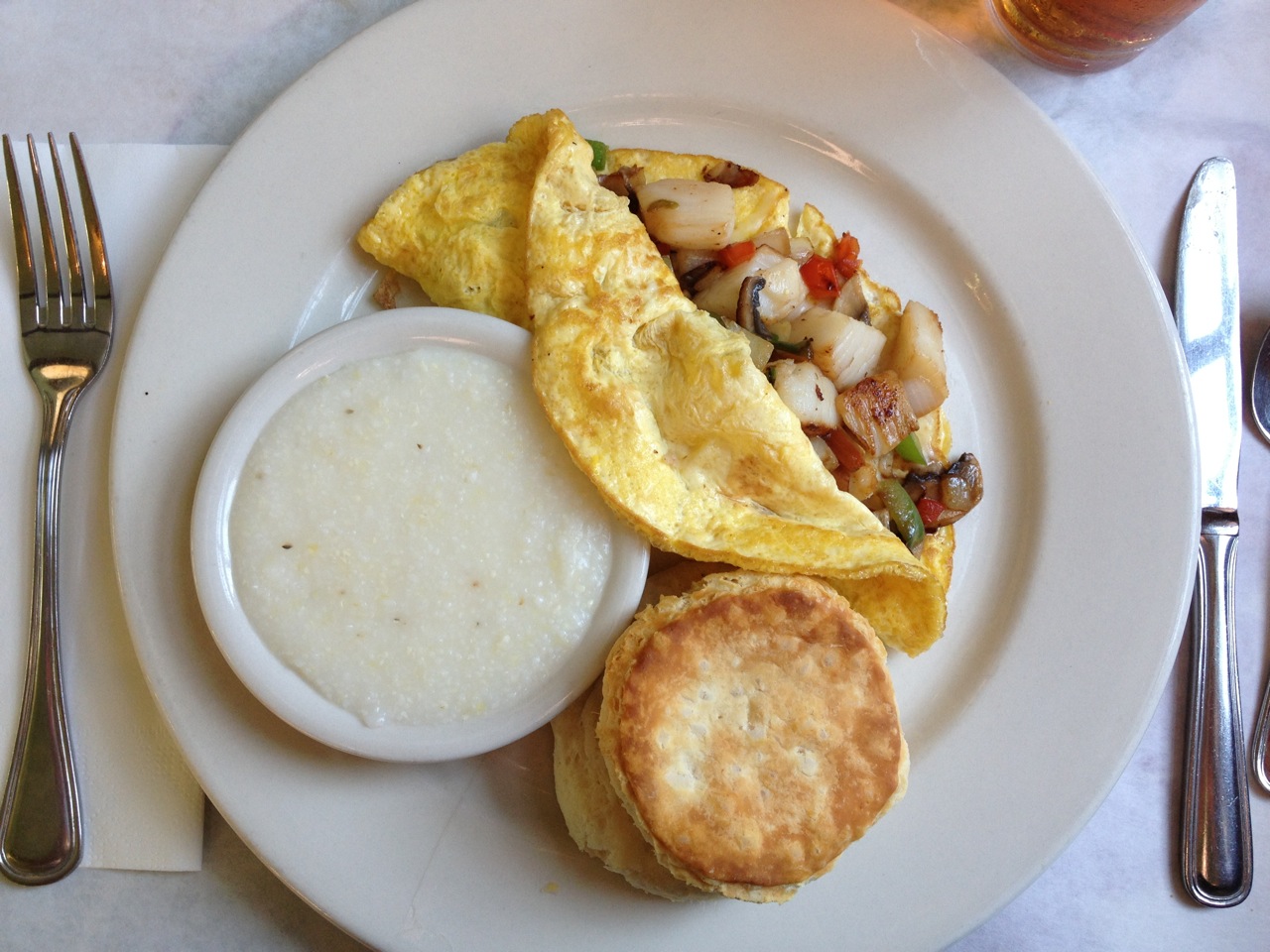 I love round-up articles. I love lists. They’re succinct and organized, despite reality being a little more nuanced. But the tidiness of a list is always a good starting place.

Before I share a look back at this year in breakfast, I want to offer my thanks to everyone who reads the blog, follows along on social media, has bought my book, and said hi at book-signings and events. It means a lot knowing that you all have allowed me to broaden this hobby into something bigger.

I also want to thank the restaurant owners, chefs, managers, cooks, and servers who have shared their time and their stories. The strength of any city’s restaurant scene is the personality and the people behind the restaurants themselves, and in this regard, Columbus is very strong.

So without more ado, here’s my year in breakfast (and beyond!). This year has been one of new ventures and collaborations. In the spring I finished up a great run at (614) Magazine and began writing for Columbus Crave, and out of that venture sprung my monthly breakfast spot on 10TV with Karina Nova. I’ve been able to write about breakfast and more for Crave, and look for some contributions coming soon in Columbus Monthly!

I’ve also been able to support Jim at Columbus Brew Adventures. I’m excited about Columbus’ craft beer scene and how it’s growing, so you’ll occasionally find me leading a tour for CBA. I plan to write a little more about beer in the coming year, and look for details soon on another beer-related project that’s in the works! 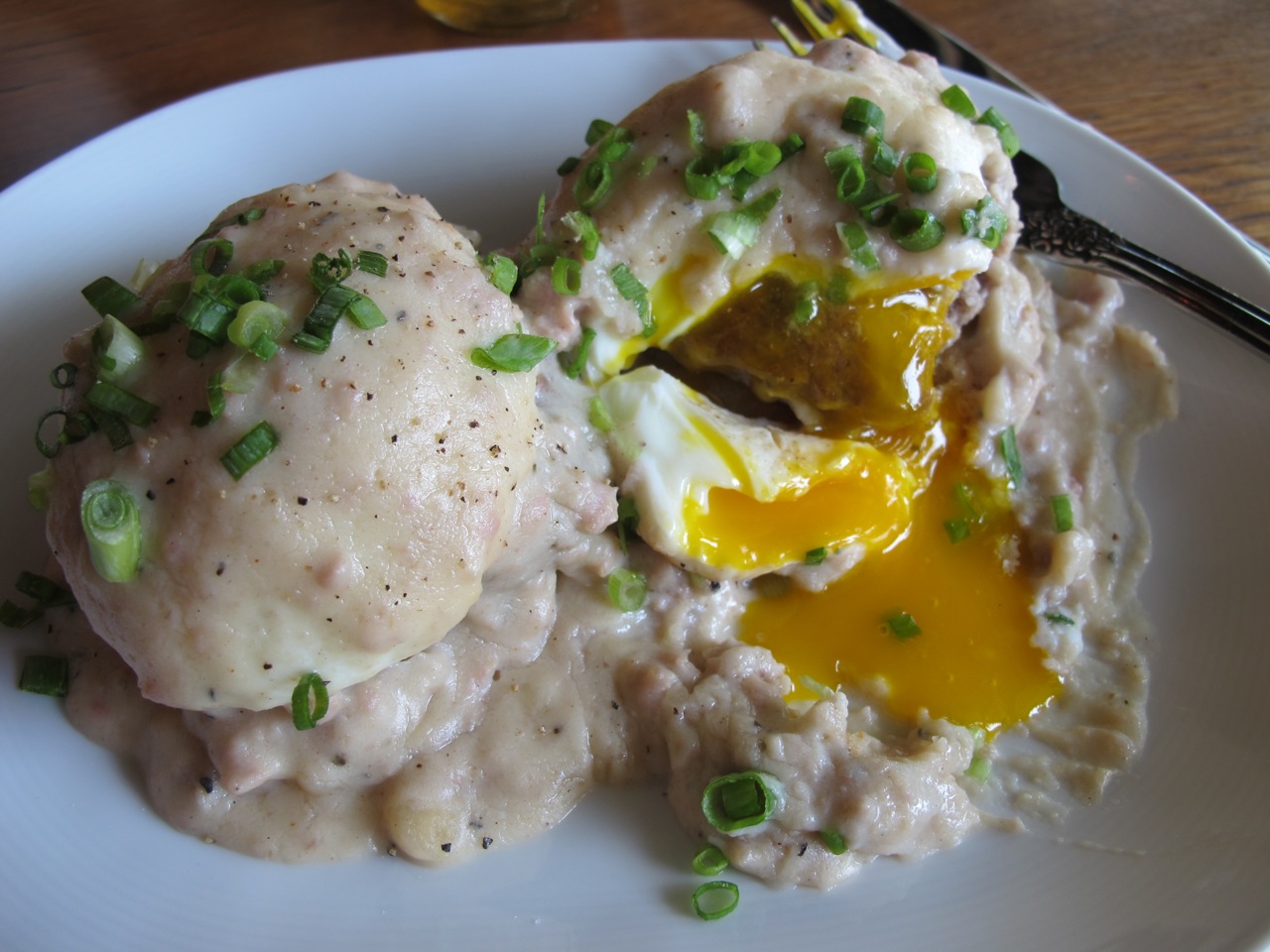 Here are a few of our favorite new spots around Columbus!

Dempsey’s Restaurant – early in the year we finally caught up with this long, brick-walled downtown eatery. Dempsey’s nods to Columbus history through old photographs lining the walls. Their breakfast menu has a lot of easy-to-like dishes, but we found ourselves returning multiple times for the steel cut oatmeal and the hash & eggs.

Village Crepe – in the spring we traveled to Pickerington to visit this little creperie, where Wayne Moore is tossing up some serious sweet and savory crepes, like the three cheese, the salty caramel, or the espresso crepe special. Later in the year, Karina and I visited Wayne for 10TV.

The Pearl – Recent years have given rise to the “gastropub” moniker in Columbus, even though a.) the term has been around for decades, and b.) bars serving good food have been in Columbus for quite some time. But the Mrs. and I had a delightful brunch at The Pearl – local restaurateur Cameron Mitchell’s take on the gastropub – when they opened in the spring, and loved it so much we returned for our anniversary in September. The picturesque food includes everything from bacon-wrapped dates to oysters to short rib poutine to trendy Bloody Marys in mason jars.

Cookie Cravings Bakery – 2013 seems to be the year of the bakery, and not just bakeries where you stop by to get a loaf of bread or some donuts (although more on that soon…), but bakeries that bake amazingly well and then use their breads to crank out equally amazing sandwiches. Case in point: Cookie Cravings. This one-room, brick-walled, wooden-floored Italian Village spot is headed by Matt and Lindsay Tewanger (whose last name I misspelled in Crave – sorry!), and in addition to cookies, they cook up some splendid sandwiches and crepes. We still talk about the grilled cheese sandwich on brioche with brie and caramelized onions; it’s one of the best we’ve ever had.

Sassafras Bakery – we’ve long been fans of A.J.’s baked goods, and this year she finally opened a brick-and-mortar in Olde Worthington. The result is even more quiche, donut muffins, and bourbon pumpkin tarts.

L’Appat Patisserie & Cafe – L’Appat’s owner Didi joyfully shares his pastries and meals rich with French and African influences (although he does much more with his Pan-African and Caribbean nights). We enjoyed a leisurely breakfast of pastries, cookies, coffee, and beignets. His spicy veggie potato scramble stands out as one of my favorite breakfasts of the year.

SuperChef’s Breakfast & More – As the “Super” implies, SuperChef’s is a bold and over-the-top breakfast and lunch spot downtown. We had a really delightful brunch there, sampling their red velvet pancakes, the Elvis waffle, roasted red pepper grits, and sweet & sour burger.

South of Lane – SoL was a late discovery, but this Upper Arlington half-cafe/half-curio-shop is quaint, cozy, slightly irreverent, and serves some wicked omelets and waffles. 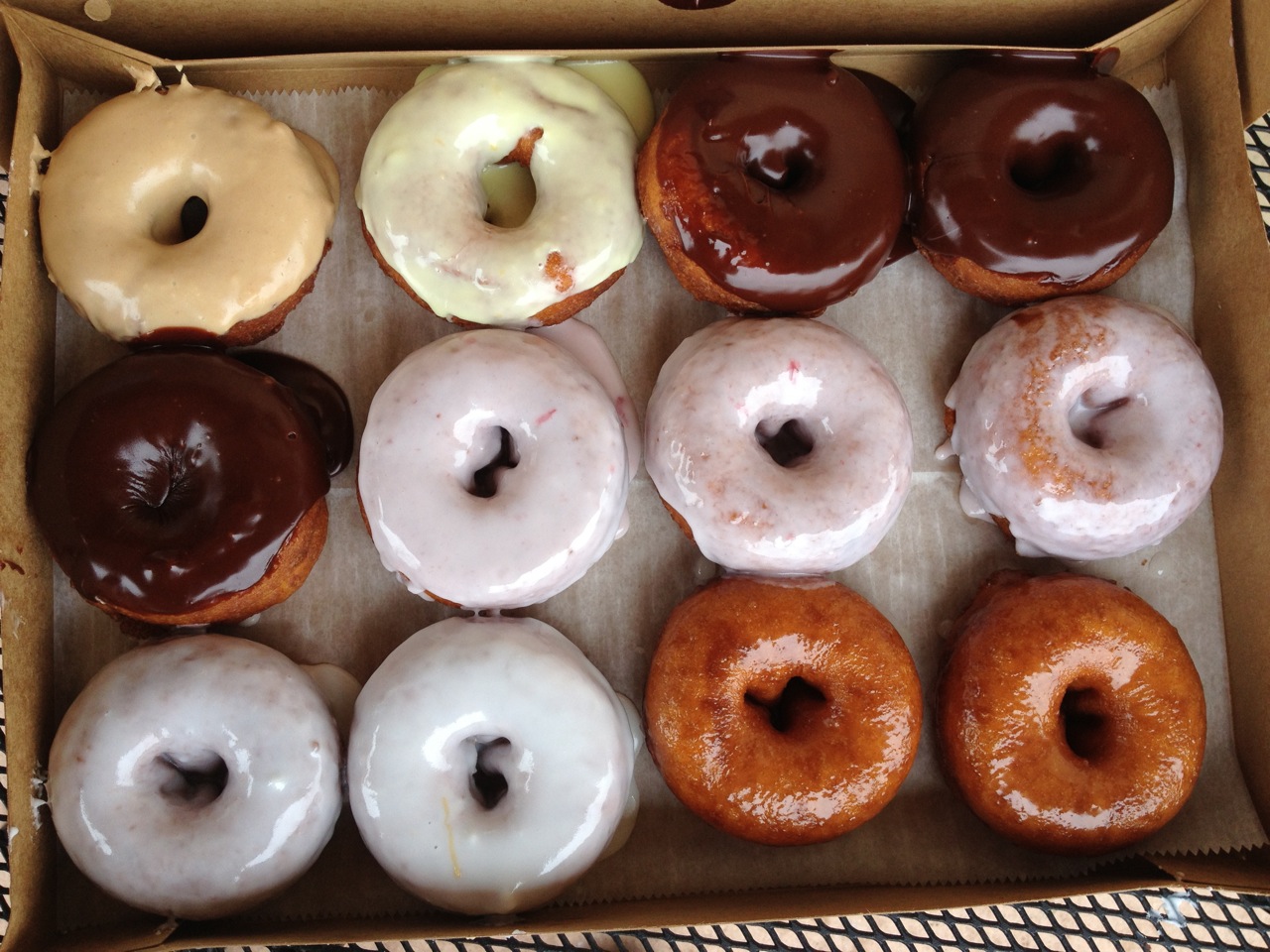 The donut-eating has been good this year, as we explored new shops and got to know long-standing ones.

Destination Donuts – Heather’s donuts are sold at a variety of markets and restaurants around town. She specializes in creative flavors like raspberry hibiscus or toffee and salted caramel. Follow her on Facebook to see what she’s baking and where she’s selling.

Schneider’s Bakery – we really came to appreciate Schneider’s old school charm, especially after interviewing owner Jeff Hamler for a Crave article. They do simple donuts very, very well. My favorite is the Davy Crockett, the apple fritter, the longjohns, the… okay, nearly everything.

Donut World – a Labor Day drive to Hocking Hills took us through “downtown” Lancaster, Ohio, where we stopped at Donut World, a 24×7 corner shack with some seriously awesome donuts.

Duck Donuts – Why haven’t we stopped sooner at Duck Donuts?! On our annual vacation on the Outer Banks this year, we discovered a small chain originating in Duck, NC. Their formula is simple: assemble one type of donut – a small spongy cake – then dip them in a variety of frostings to order. 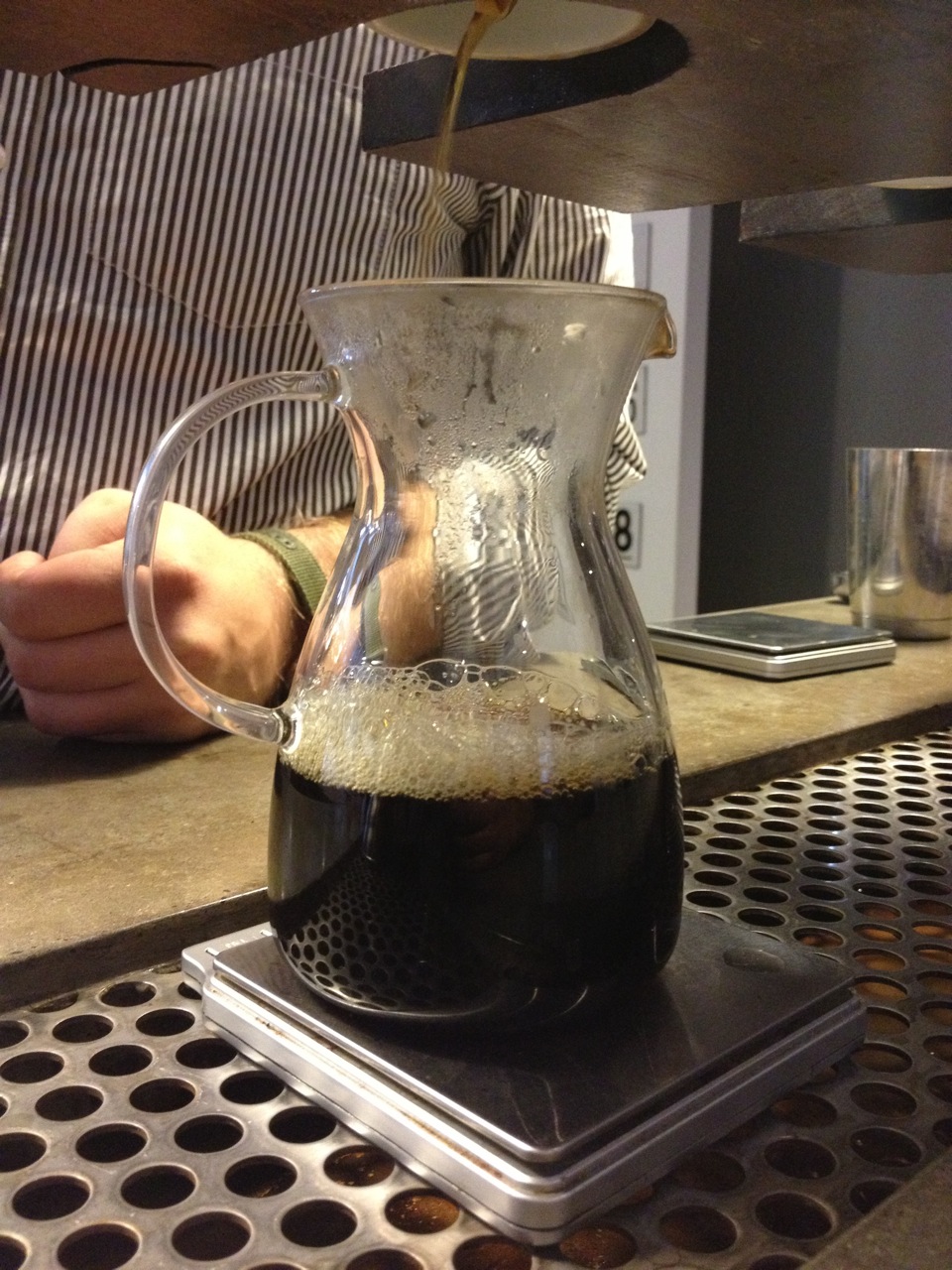 Thunderkiss Coffee – I’ve always loved Thunderkiss coffee, but I had gained a new appreciation after spending an evening hanging Mr. Thunderkiss himself, Jason Valentine, learning more about the coffee process from sourcing, blending, and roasting.

Mission Coffee Co. – a newer shop down a side street in Short North, Mission will brew coffee using almost any method imaginable.

Boston Stoker – I’m thankful for good coffee on campus! Boston Stoker is based out of Dayton, and this year they opened their first Columbus store on OSU’s campus.

This year also solidified our love for One Line Coffee, especially their Kyoto-style iced coffee. 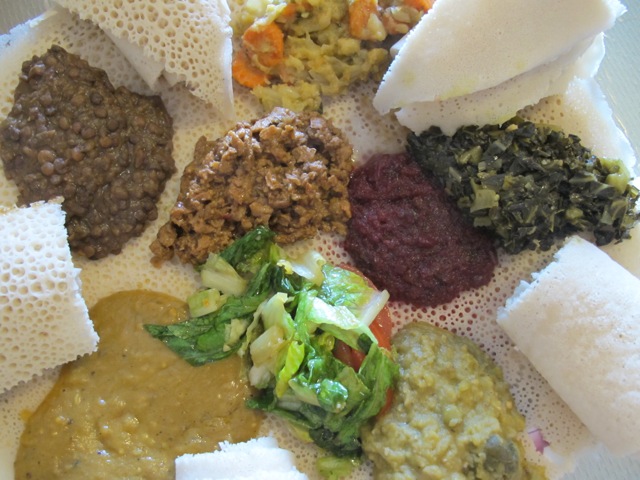 This year I really unleashed my love for some beyond breakfast spots, especially a variety of ethnic eats.

Little Africa – one of our all-time favorites, Little Africa is a small Ethiopian restaurant in my hometown. We’ve been going there for over a decade, but this year I finally wrote about their colorful, flavorful vegetarian fare.

Lalibela – it’s hard to beat Little Africa, but Lalibela has become our go-to for Ethiopian food in Columbus

Los Guachos – you’ve never had real Mexican food until you’ve visited one of our city’s taco trucks or hit up the brick-and-mortar of Los Guachos. Their tacos, tortas, and gringas are spectacular, especially with the al pastor pork and their cilantro sauce.

Yeah Baby Tacos – although YBT is on (hopefully not permanent) hiatus, we absolutely fell in love with the tacos and elote at this little pop-up. Brittany Brewer, who worked as a server at The Best Breakfast & Sandwiches (which used to house YBT), served up tacos with well-seasoned meats, spicy homemade sauces, and mouth-watering combinations. 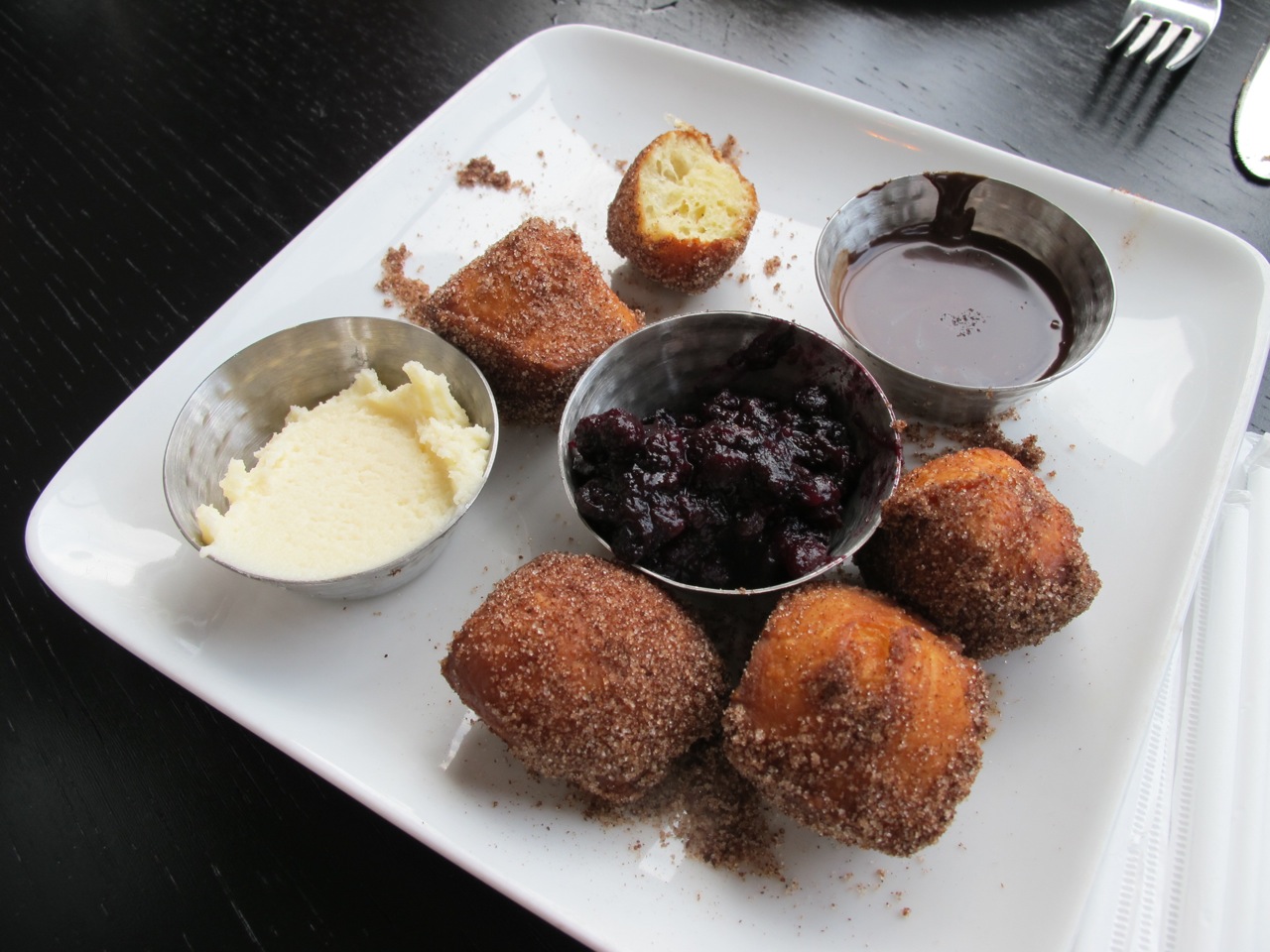 We were fortunate to do some traveling this year, too!

Anna’s House – although Anna’s wasn’t the best breakfast of the year, they still have some creative dishes, and they were named #1 breakfast in the state of Michigan

Flying Melon – Mrs. Bfast w/Nick and I finally made it to this Ocracoke Island spot. We were some of the first customers in the doors of their beautiful brand new location. The scallop and bacon omelet proved to be one of the most beautiful breakfasts of the year (see the photo up top).

Bagel Baker – Bagel Baker is a little piece of NYC in Virginia Beach. From a strip mall location they serve homemade bagels in winning combos like corned beef and cheese or smoked salmon and cream cheese.

Cleveland – in September Positively Cleveland invited me to flee to the Cleve for the weekend, where they showed us the city’s restaurants, museums, parks, markets, and more. Highlights included a trip to the West Side Market, breakfast at Lucky’s, plus dinner at the Greenhouse Tavern.

What about you? What new things did you try this year? What favorites did you discover?

Hoping you all had a very Merry Christmas, and Happy 2014!