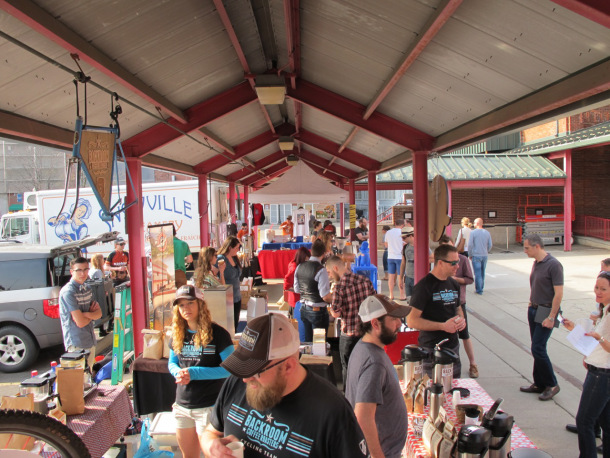 Yesterday North Market hosted the third Coffee Roast on a perfectly beautiful spring day. This year the event moved outdoors to the farmers market plaza (and the date was pushed back from March), with the roasters lined up in front of the market. Together as a family we beat most of the crowds by hitting up the event just as it started. 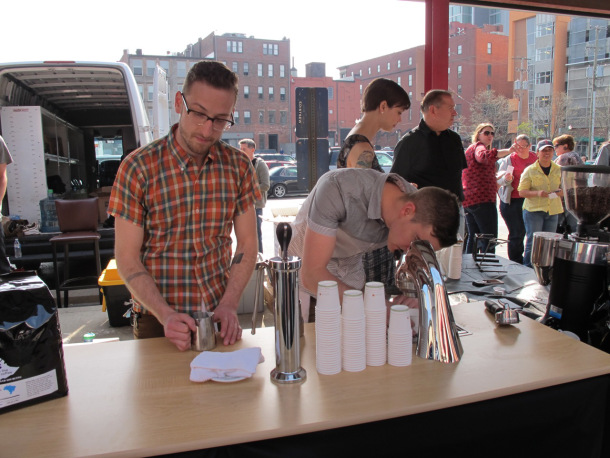 We strolled up and down the lines, saying hello to some favorites and trying a couple new roasters. Like every good event – and every day, let’s be honest – we started with a stop at One Line Coffee. Mrs. Bfast w/Nick is there often enough that she knows the baristas by name; they were pulling delicious, delicious shots of espresso. 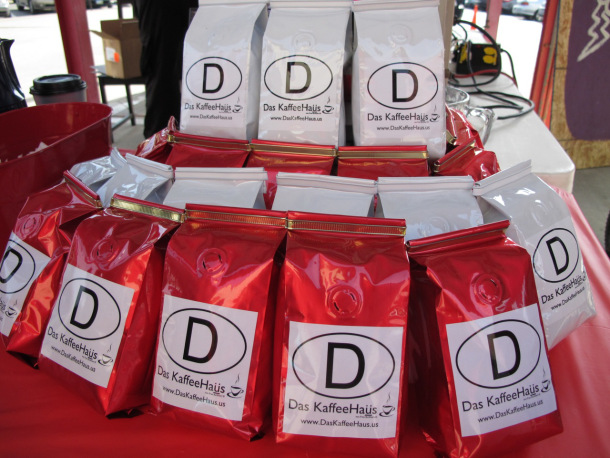 Down on one end stood Das Kaffee Haus‘ table, complete with their modified ambulance (labeled the Emergency Kaffee Unit) parked nearby. DKH is located in Lithopolis, but their coffee can be found around Columbus at places like Milestone 229 and the Columbus Brewing Company Restaurant. Amy and Joe (aka Frau Burkhardt and Herr Joseph) told me their place is modeled on the European coffee shops they’ve encountered while traveling and serving abroad in the military. 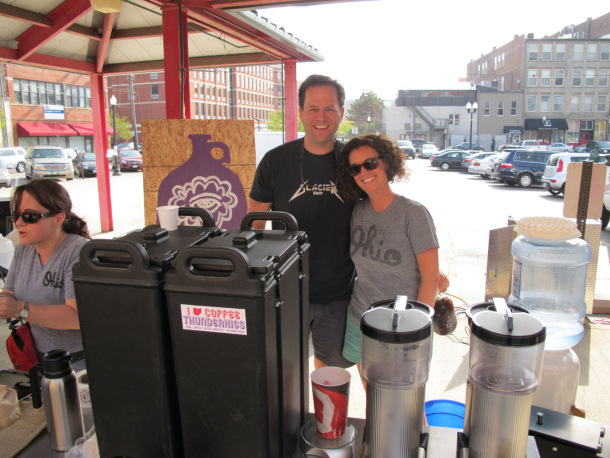 And of course we were on the lookout for Jason and Emily from Thunderkiss Coffee. They’re the coolest. Also, their coffee is great. Some of my favorite in town. Jason has a small but mighty roasting operation; you can find his beans at restaurants and on store shelves all around town. 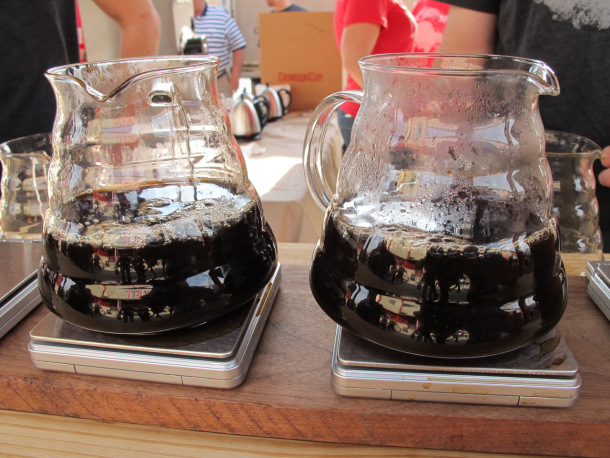 Strolling down the line we took in brews from Crimson Cup, Backroom Coffee Roasters… 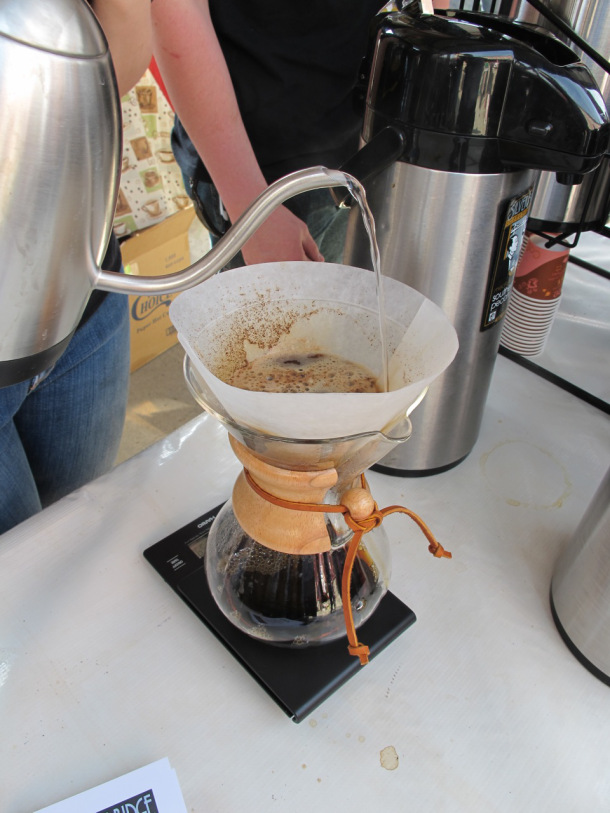 …plus Silver Bridge and the newer Roaming Goat Coffee. The fun thing about this event is that everyone is excited to talk about coffee – and not just their coffee, but coffee in general. And you could witness nearly every type of coffee prep available. 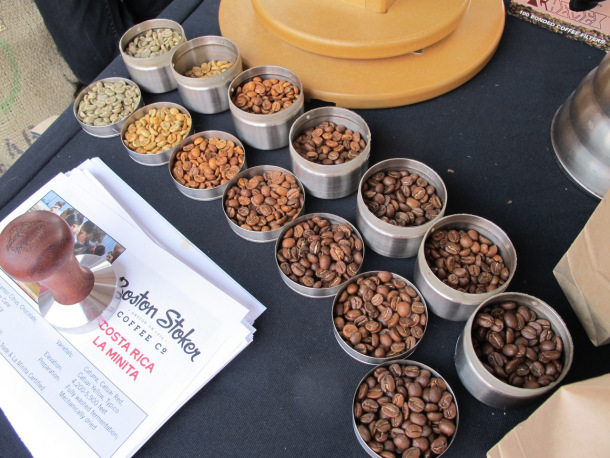 Dayton-based Boston Stoker has established their presence in Columbus with a shop near OSU’s campus. Like a couple other places, they displayed coffee beans for smelling or to reference the colors of the roasting process. 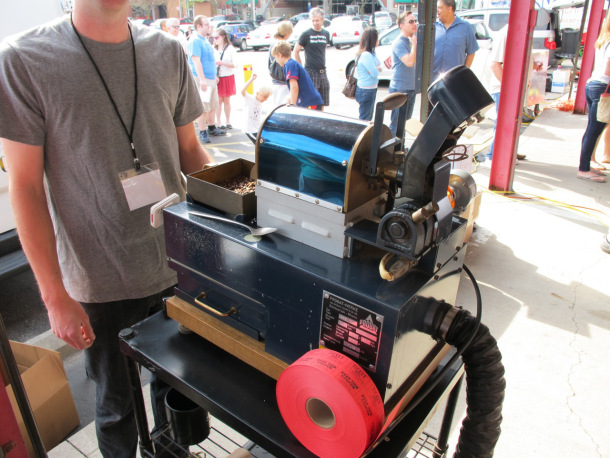 Stauf’s Coffee Roasters, one of the mainstays of the Columbus coffee scene, was on hand with a tiny electric roaster. The portable setup roasts in small sample batches, allowing them to treat the same beans in different roasting lengths quickly. 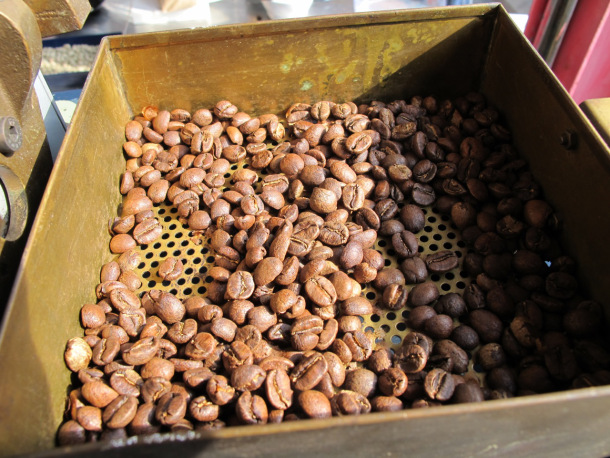 Rich the roaster showed me samples of his roast in progress. The machine roasts in 80 gram batches. 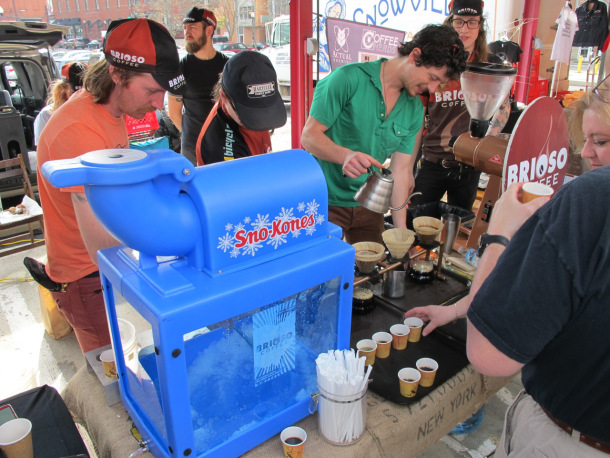 The most unique offering of the day came – not surprisingly – from Cafe Brioso. They served two excellent hot brews – some of the standouts from the morning – but they also featured coffee sno-cones. 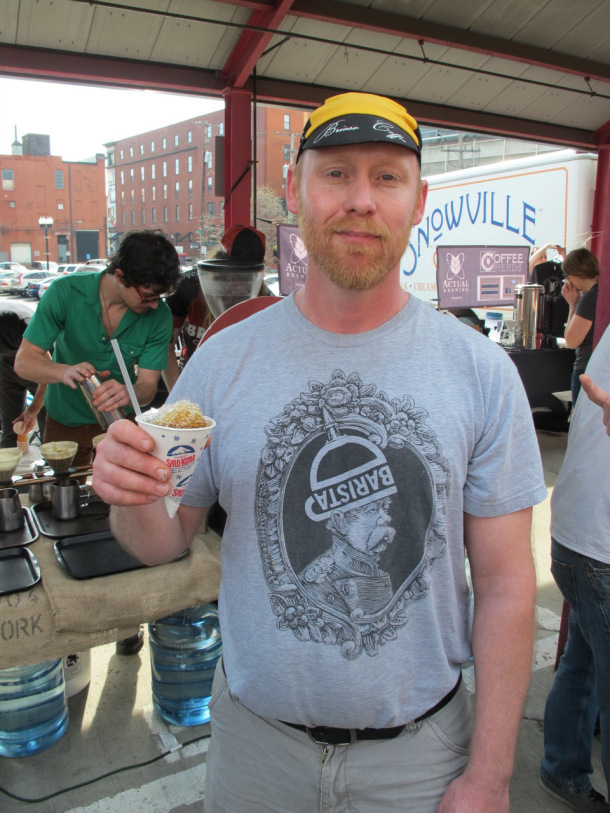 Yes, coffee sno-cones. J. J. explained they used a rare Ethiopian Nekisse bean, cold-brewed, mixed with a dash of Ohio honey, and served over shaved ice. It was as delicious as you’d expect. I think we have a new definition of summer in Columbus. 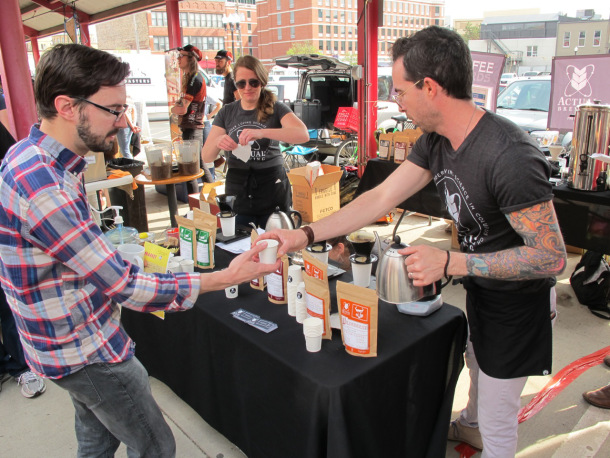 Further down the line – right next to Snowville Creamery with their samples of milk and yogurt – we found Actual Brewing‘s roastery crew in full swing. 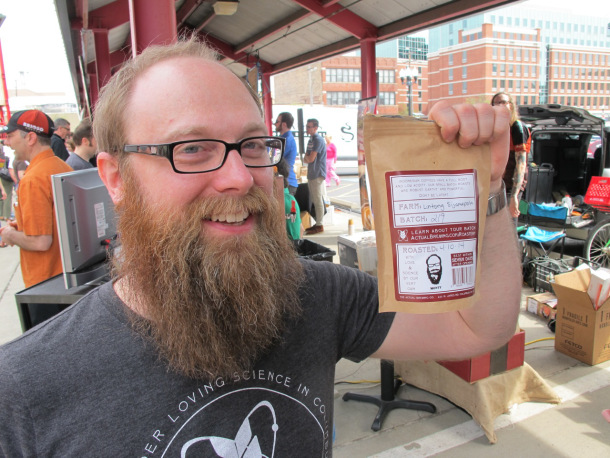 They make superb beer, really strong coffee roasts, and they’ve got some of the best beards in the biz. 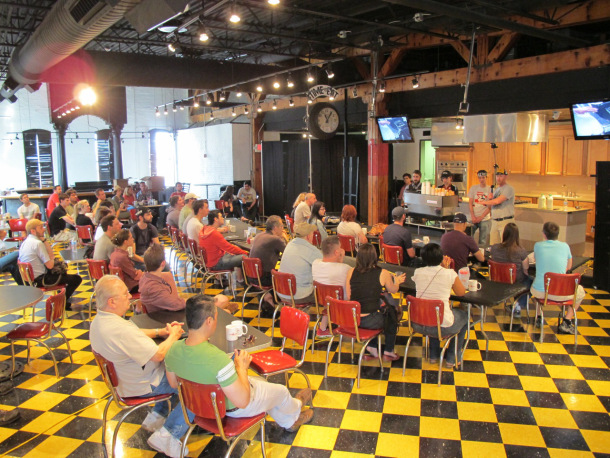 The event space indoors was dedicated to coffee education, with Brioso’s crew kicking off a demonstration of espresso preparation. On the other end of the room, baristas from a mix of shops made espresso drinks for customers.

We couldn’t have had a better day for the event. The move outdoors and to a Sunday (see photos from 2012 and 2013) offered more space and prevented longer lines. The one thing that confused me was the branding of it as a “brunch.” When I hear “brunch” I assume there will be food involved, but what that really meant was “you can go into the market to find food.” Many vendors had special $5 brunch bites, but the market opens at noon on Sundays (the Coffee Roast started at 10), so a majority of the stalls were closed during the first half of the event (although the newly moved and re-branded Taste of Belgium was hopping). I was also a little disappointed that attendees were given generic North Market mugs, and not the fun branded ones with colorful Clinton Reno artwork like years past. I know it’s gimmicky, but I like having a memento that references the specific event.

Aside from those details – it was a wonderful event that really featured Columbus’ great coffee roasters and brewers. We have much to be proud of, and our coffee keeps getting better and better.