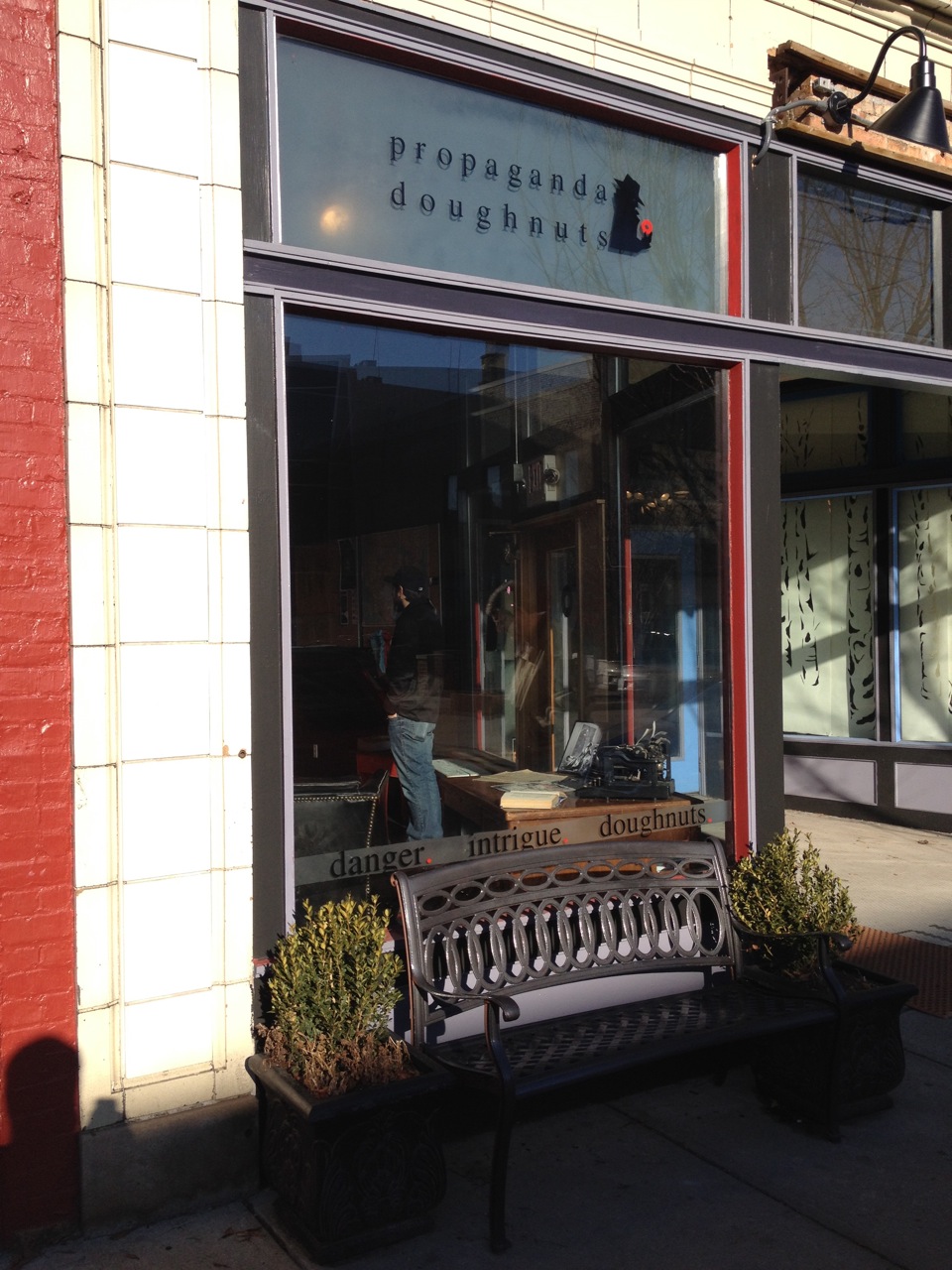 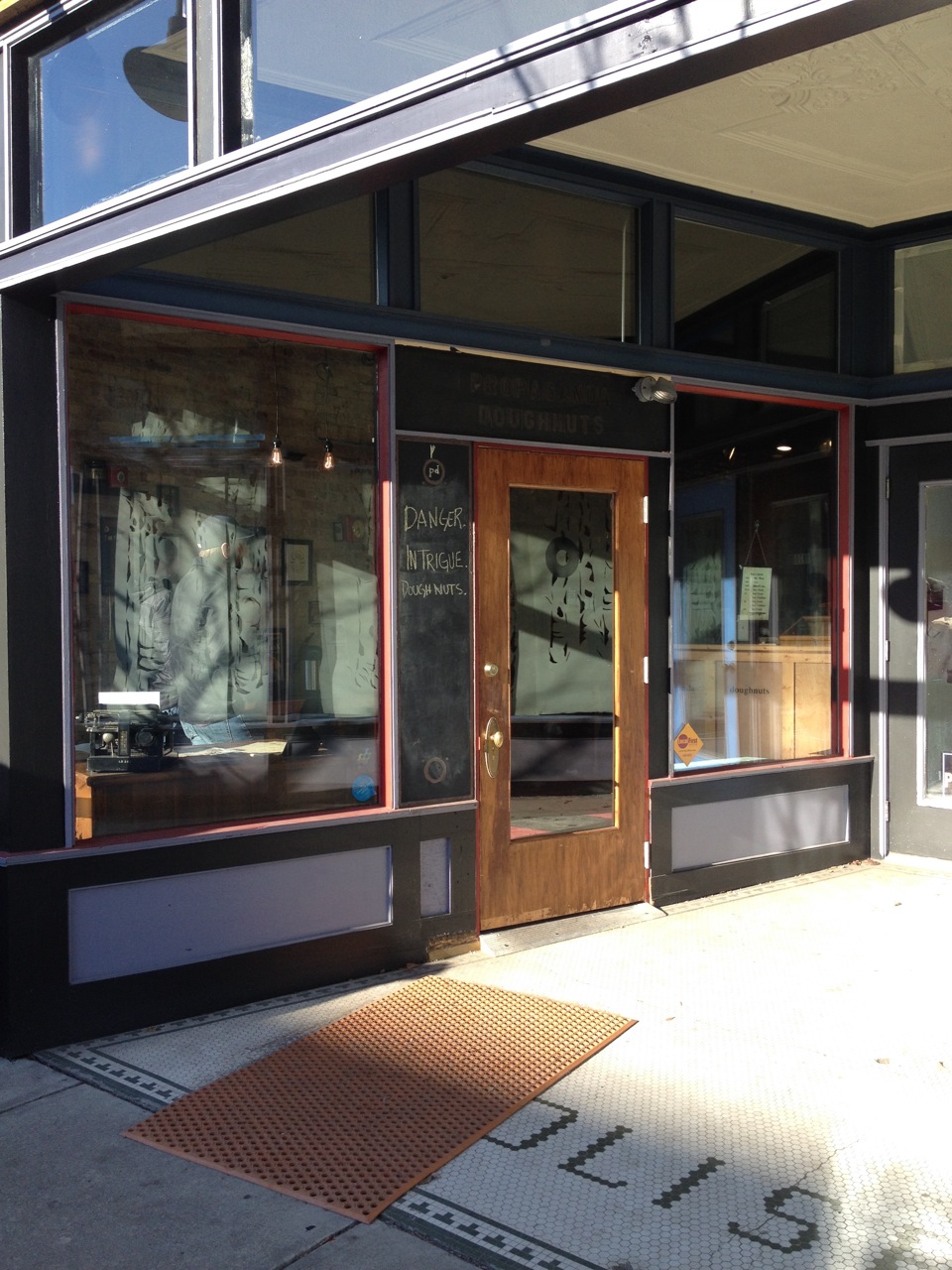 “Danger. Intrigue. Donuts.” That’s the tagline for Propaganda Donuts, a hip new donut shop set up just south of downtown Grand Rapids on Division Avenue. It sets up an air of mystery and curiosity, which is followed through with a location more like a film noir set than a traditional donut shop. The space itself is an old storefront – one I’ve never visited before – with an in-set tiled entryway, a wooden door, and big windows. 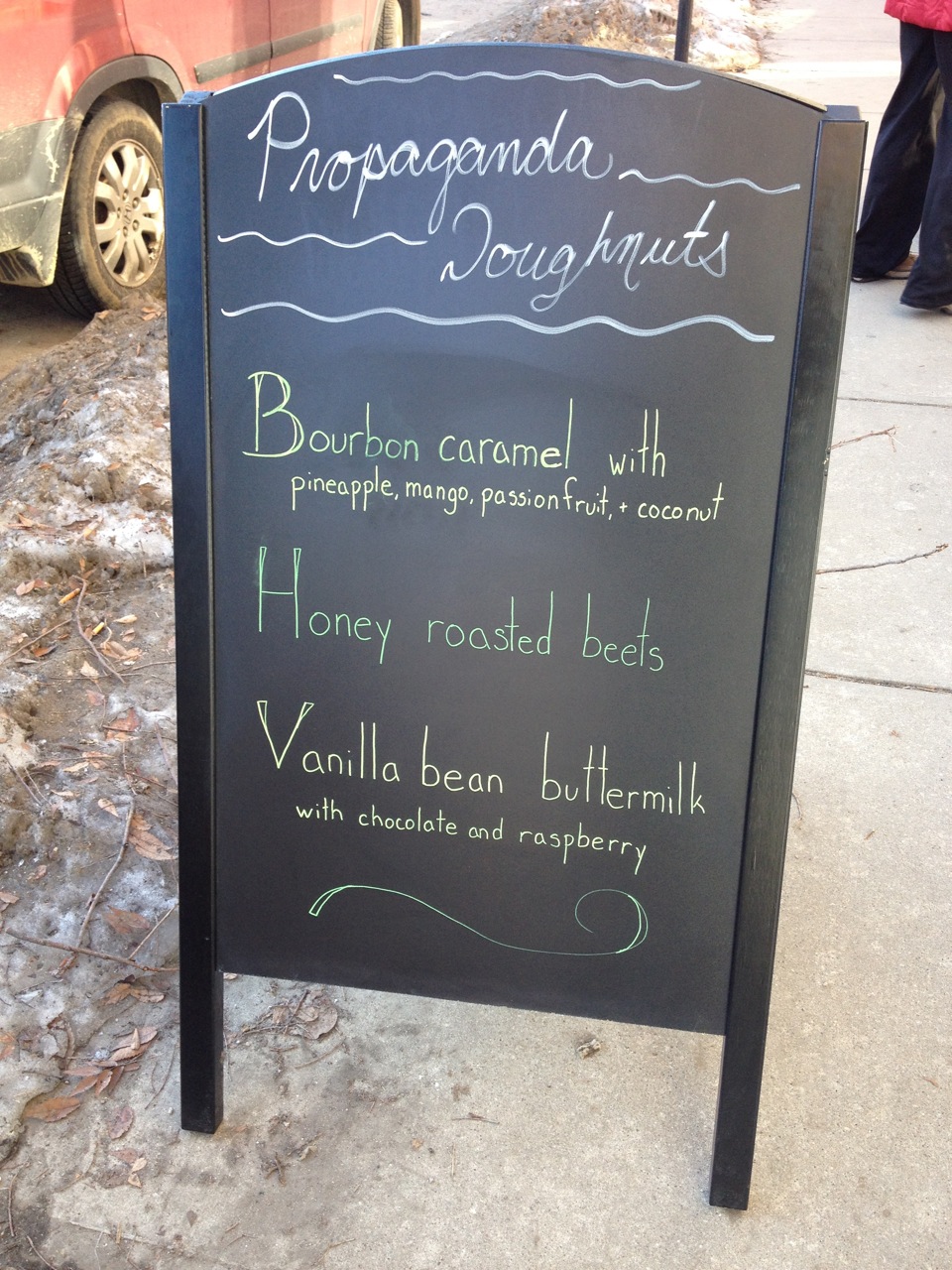 The sandwich board out front gives you another clue that these donuts will be anything but traditional. 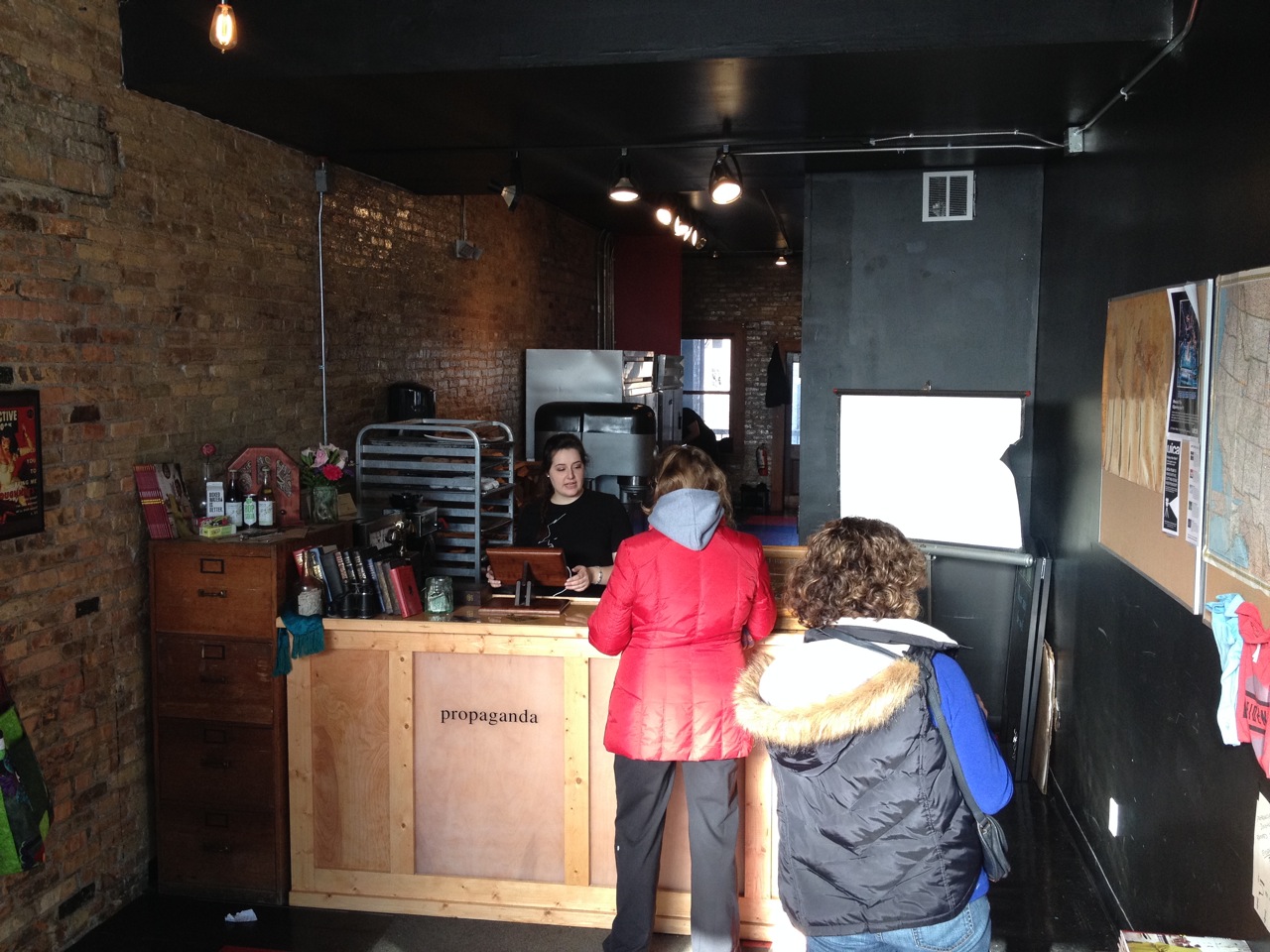 The interior is one long room, the left wall all exposed brick. There’s a small counter, while the rest of the customer space is dedicated to a few seats for waiting and a desk. 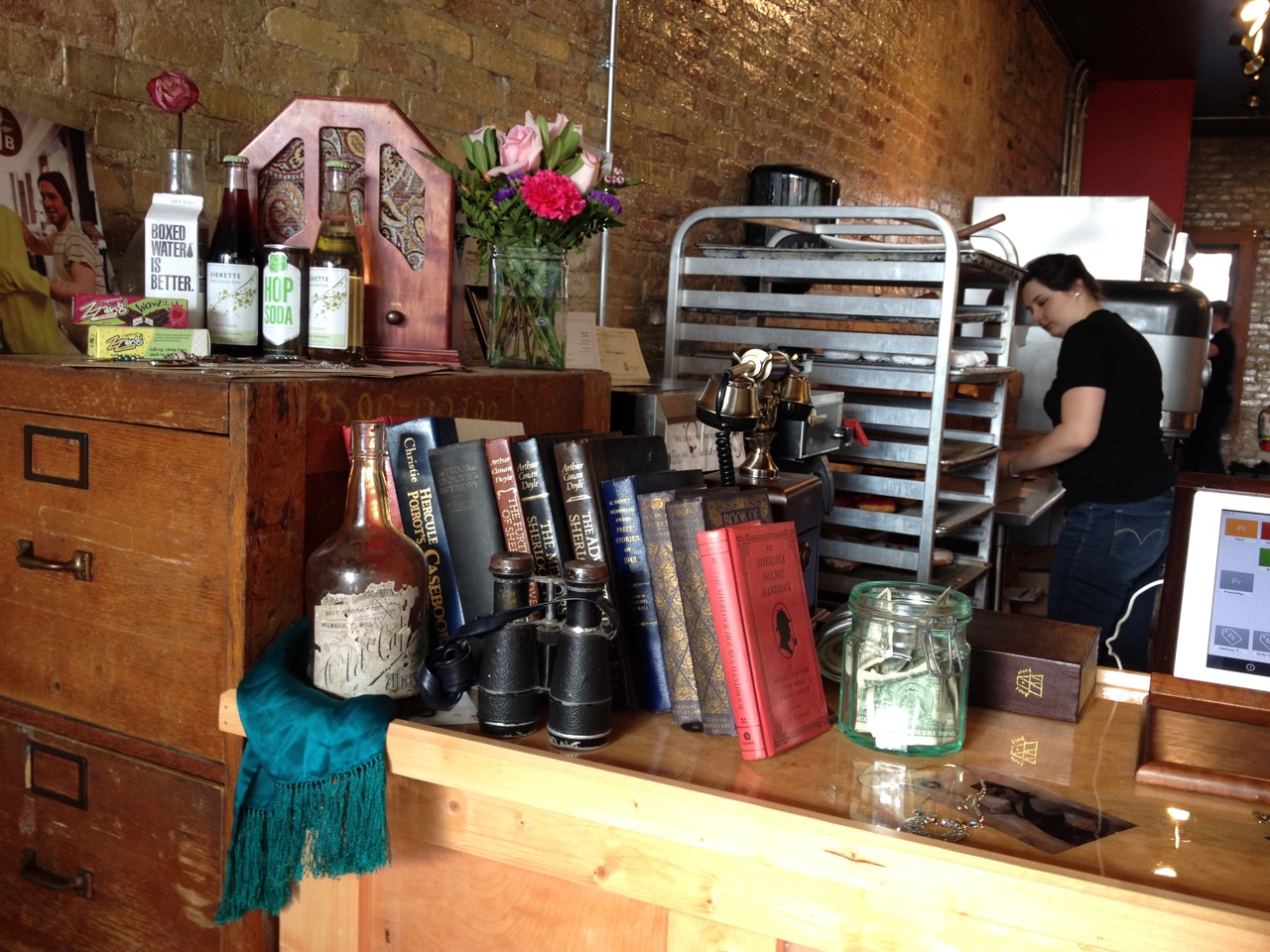 Even the counter itself is stacked with stuff like detective novels, an old wooden filing cabinet, a bottle of moonshine, binoculars. 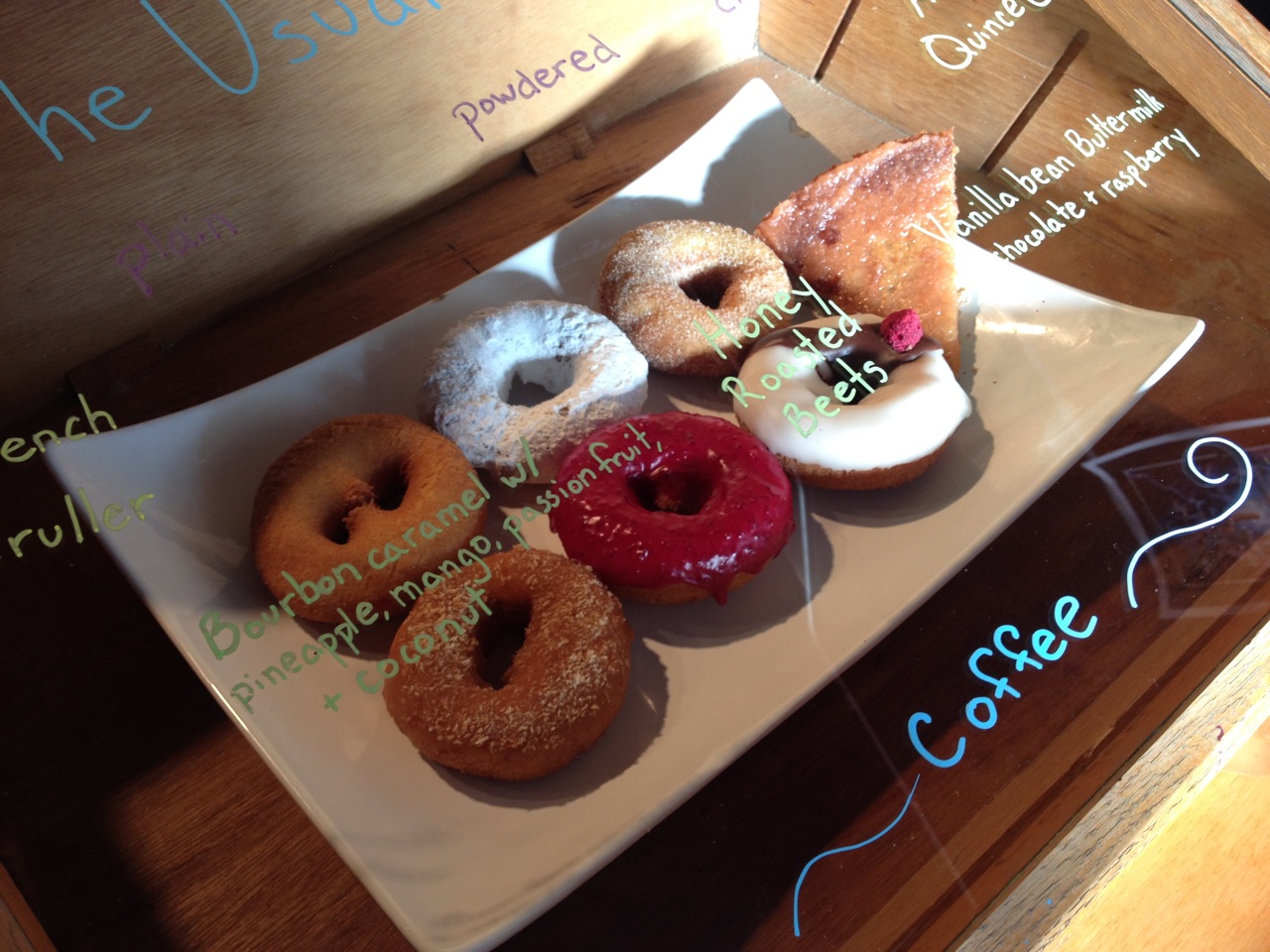 A small display case shows off the offerings for the day. It takes a moment or two to triangulate which sign goes with which donut. 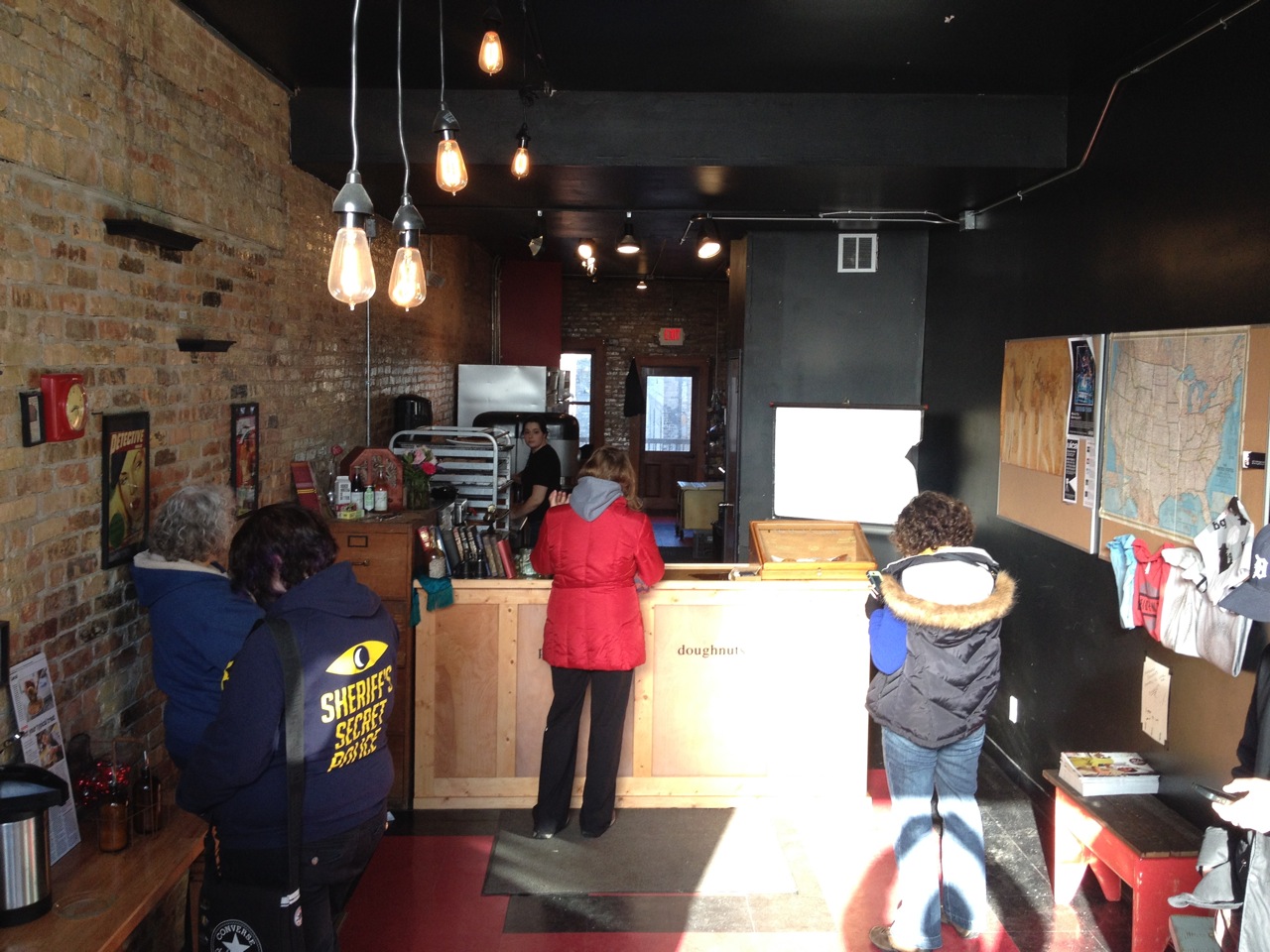 When we visited, 5-6 people were waiting for one of their daily specials – a French cruller – to be made. But we hopped right up to the counter, ordered, and were on our way. 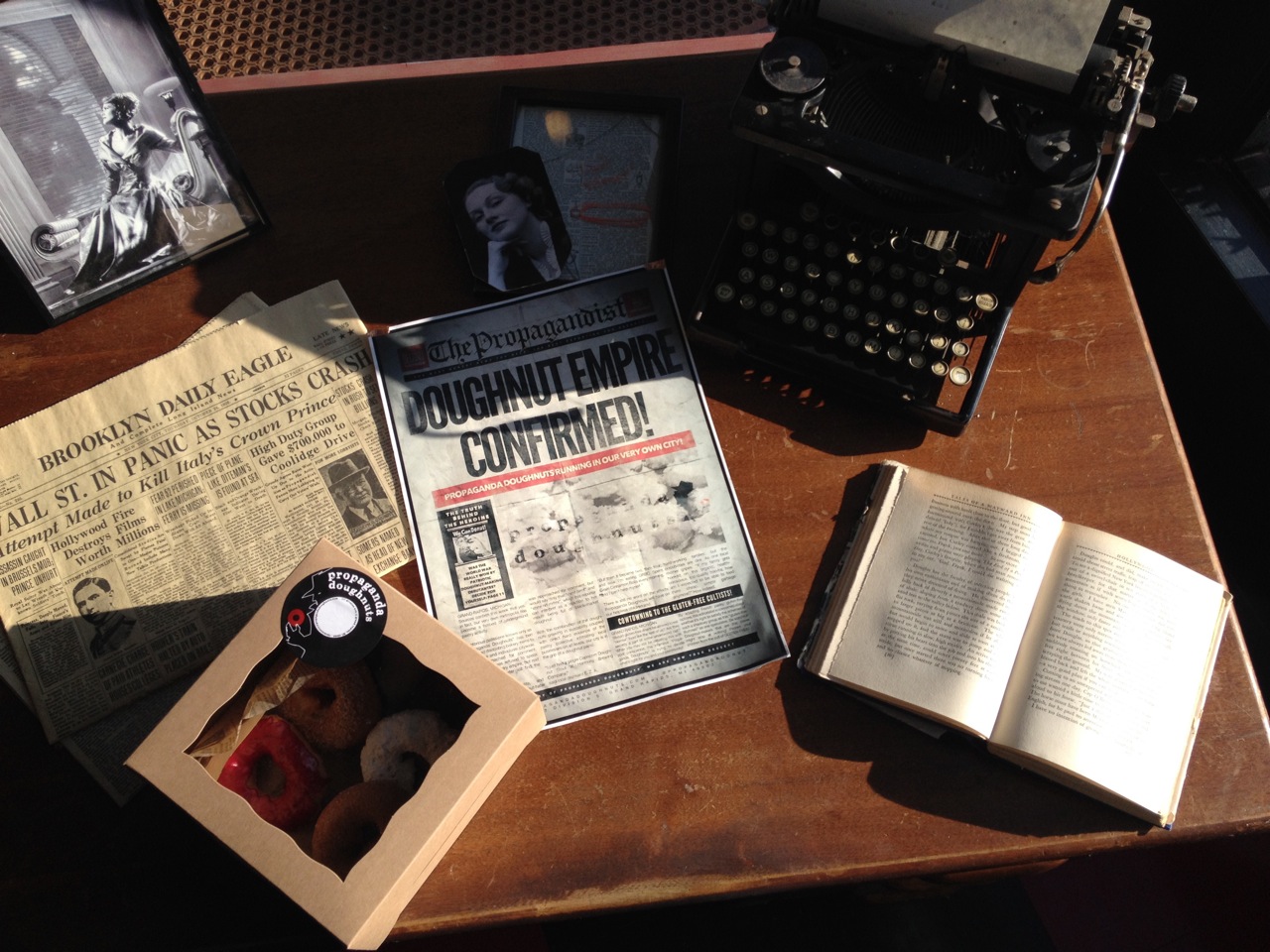 The old desk in the waiting area keeps up the detective theme, with books, a typewriter, newspapers (some real, some fictional), and photos. 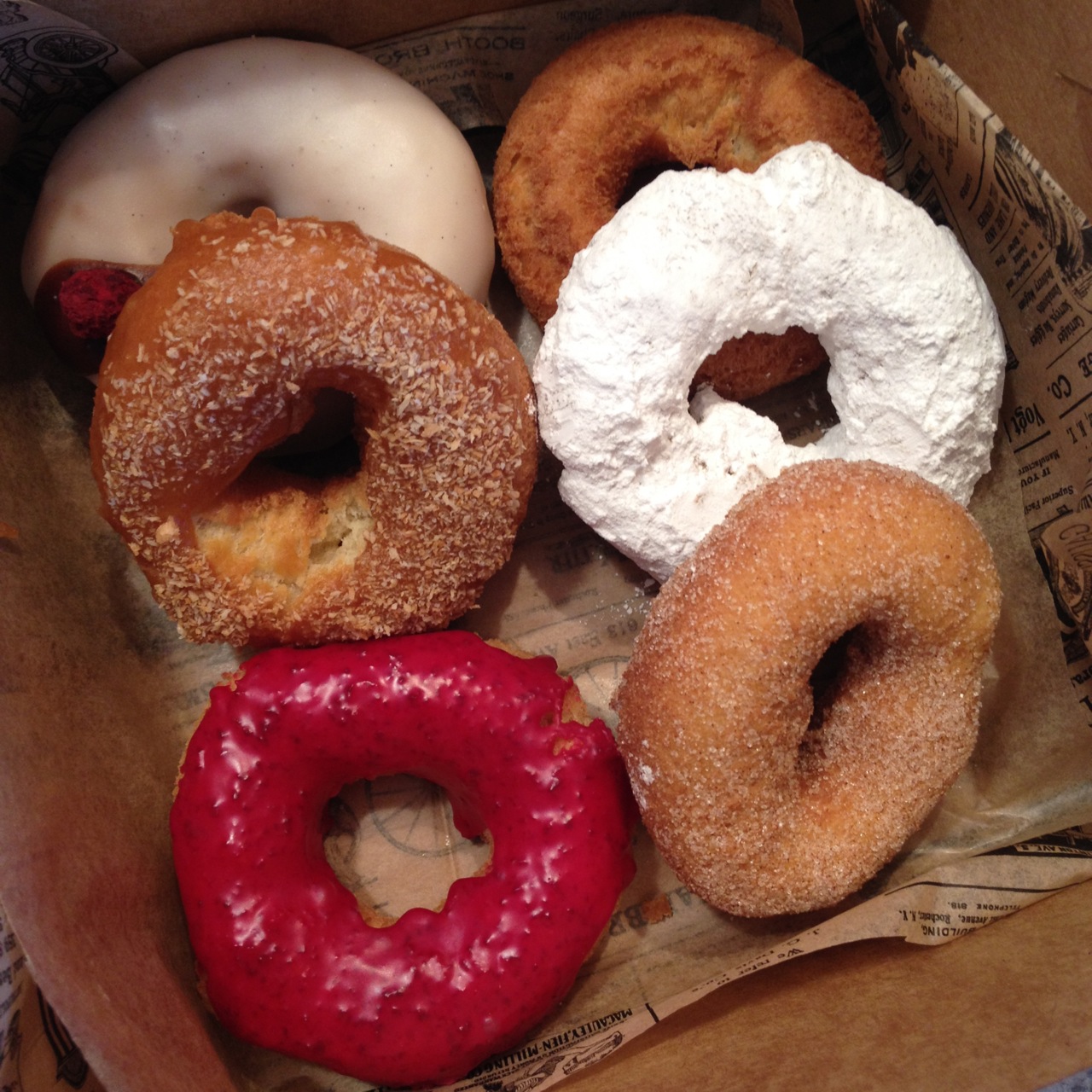 Propaganda is nailing the style, and it’s not without substance. We grabbed one of each of their daily offerings. These ranged from the standards of plain, powdered, and cinnamon sugar to more unique eats like honey roasted beets, vanilla bean buttermilk with chocolate and raspberry, and a bourbon caramel with mango, pineapple, passion fruit, and sprinkled with coconut. There wasn’t a bad donut in the bunch, although our preference was for the three more creative specials. Even the combinations that might seem too funky for some (honey roasted beets, for instance) worked quite well. And clearly they’re catching on, given the waiting crowd and the fact neighborhood folks were stopping in for coffee and a donut while walking their dogs (that’s always a good sign to me).

Downtown Grand Rapids is experiencing a bit of renaissance, with new restaurants, the new market opening, brewpubs, and more. So it’s fitting that it would get an interesting donut place, too, and I deduce (see what I did there?) Propaganda is filling the niche. With some fun flavor combinations, responsible sourcing of ingredients, and supreme dedication to their branding, they could be on track to becoming a destination like places like Voodoo Doughnuts in Portland.