Part of me always feels like BLTs are cheating a bit. I mean, they’re deceptively simple, easy to make, and not ALL that bad for you. But SO delicious! When I saw that there were some bright red ripe tomatoes and some local Bibb lettuce in the Green Bean Delivery box, I realized we were only BACON away from a BLT, so we pretty much had to do it.

Having produced BaconCamp Columbus for a number of years, Nick and I have tried A LOT of local bacon. All of it is good, most of it is great, and a few are out of this world. Weiland’s bacon is one of those treats that we get once in a while, beautifully thick cut and perfectly marbled. 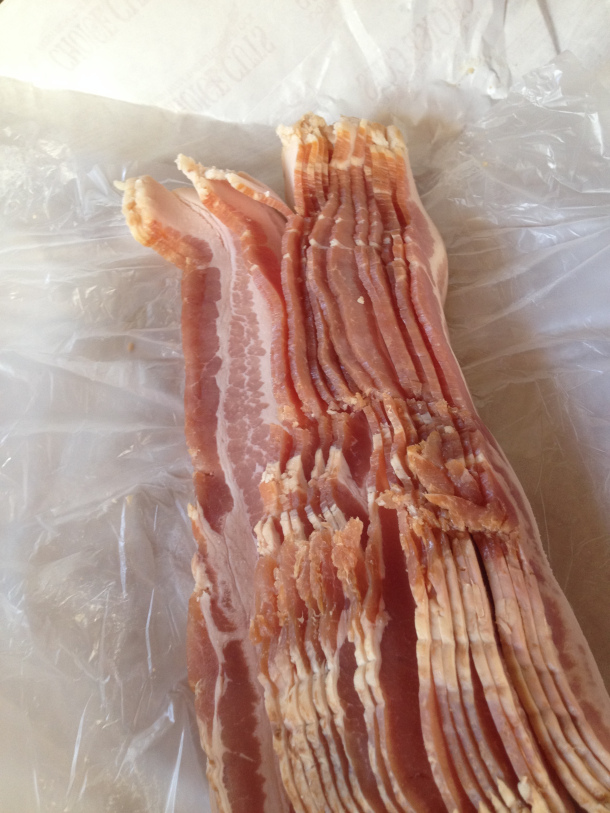 My trusty helper was all about showing off his kitchen skills. He said he wanted me to caption this picture “Long Bacon” as he inexplicably tore one in two. We’ll go with it. 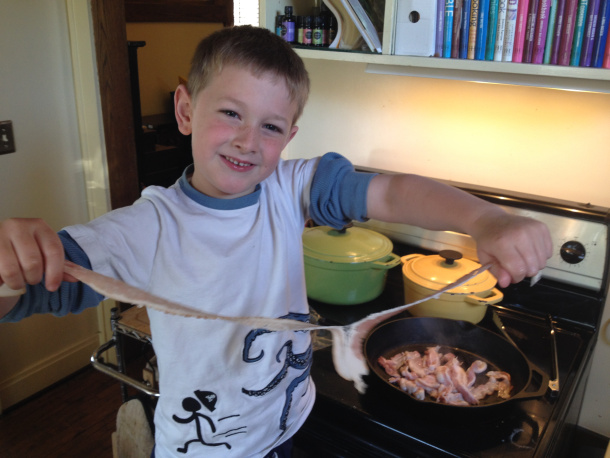 As you can tell, we like using our cast iron skillet to make bacon, and we mess it all up – no careful strips, no flat pieces. Just separate each piece, lay in the pan, and stir with tongs. I know I’m going to catch flack on this, but we just love the caramelization you get with the cast iron, and I have no patience for flat bacon cooking.

I will say, though, when I want to make a lot of bacon for family and friends, or events (we cooked 30 pounds of bacon on the mornings of BaconCamp… in my kitchen… and another 30 at the event itself!), I use parchment paper on rolled aluminum trays in the oven. Doing more than a few pounds in the cast iron skillet builds up a nasty layer on the bottom of the pan that interferes with the cooking process after 2 or 3 rounds. 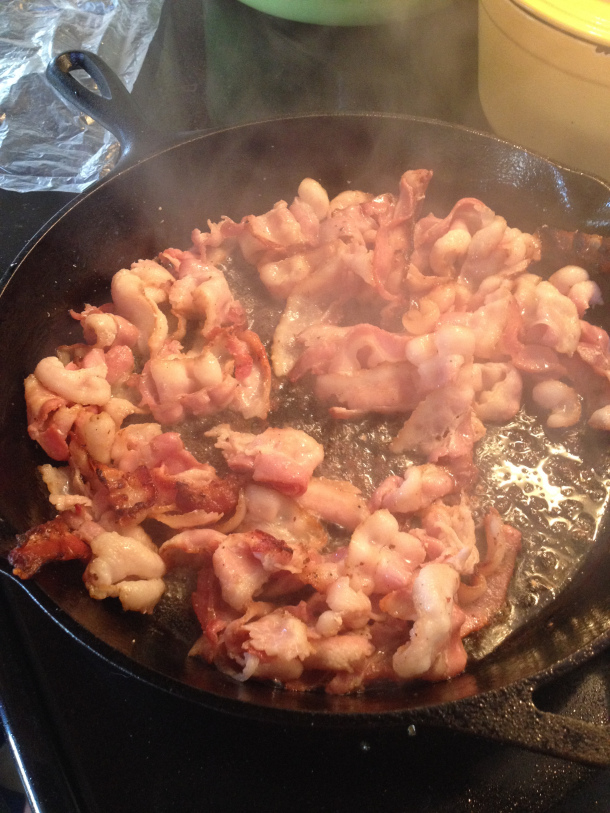 While it’s cooking, slice the tomatoes into thin slices. Aren’t they beautiful? Who is READY for tomato season!? We have 15 tomato plants in the garden ready to burst! 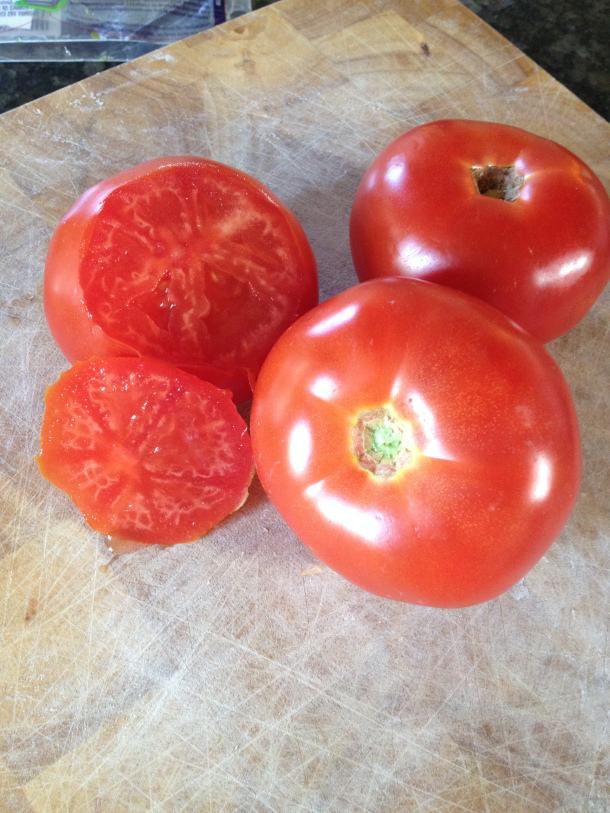 Cook the bacon until it is right before your preferred doneness, which, in our case, crispy dark edges with softer parts, but little light fat areas. I usually pull it out of the pan onto a plate with napkins to let it cool, and it will keep cooking on the plate. (Be sure to save the bacon fat! Let it cool, strain it, and put it in your freezer. You’ll thank me later, when you remember that you have it and that you want to make eggs in it and they are delicious.) 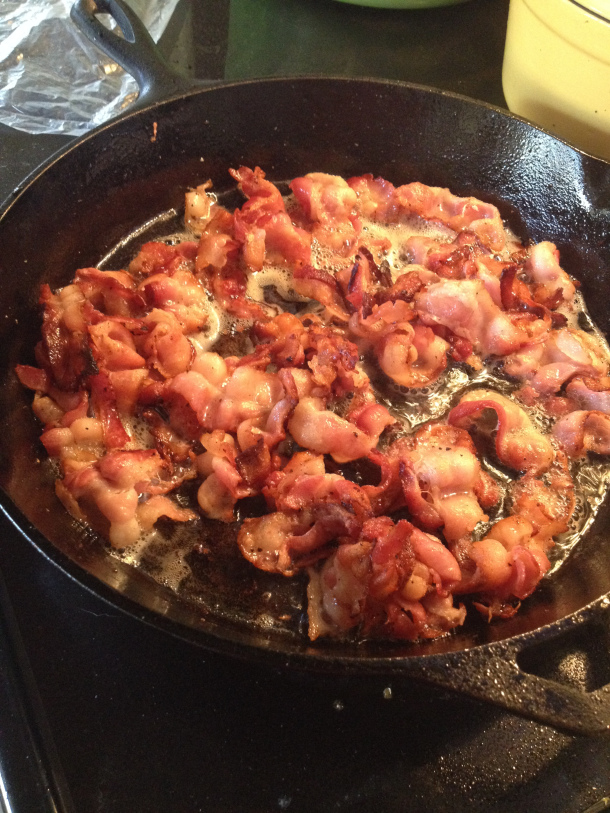 So, even though these aren’t from the Green Bean Delivery box, they were in my fridge… so, I threw together my favorite way to make brussels sprouts. When I have time, or when I make Thanksgiving or Christmas dinners, I roast the sprouts after tossing them in olive oil in a 400 degree oven for 20-30 minutes. They get beautifully dark and crispy. Today, the natives were hungry and impatient, so I decided to steam them by cutting them all in half, adding an inch or so of water in our microwave steamer, and putting it in for 6 minutes. 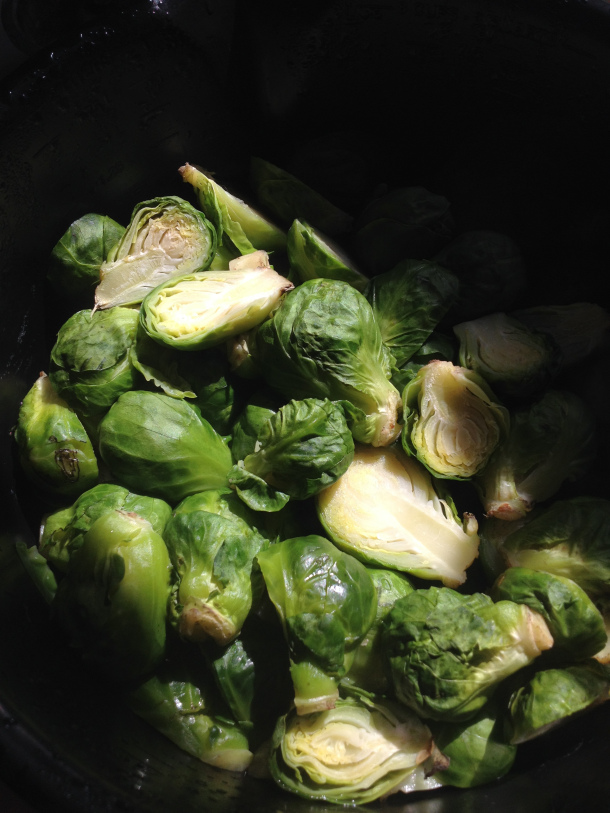 After they come out, bright green and tender, add a handful of blue cheese crumbles, some dried cranberries, cracked pepper, sea salt, and a few shots of balsamic vinegar or balsamic vinegar sauce (which is usually thickened with corn syrup). If you have REAL aged balsamic vinegar, you lucky devil… now invite me to dinner. 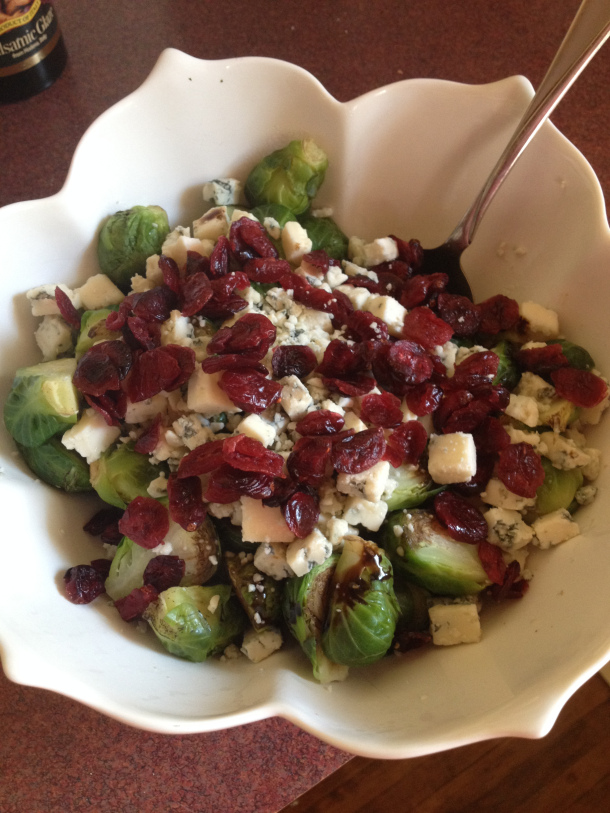 Toss it together, and you get a beautiful sweet salty green side dish in no time. 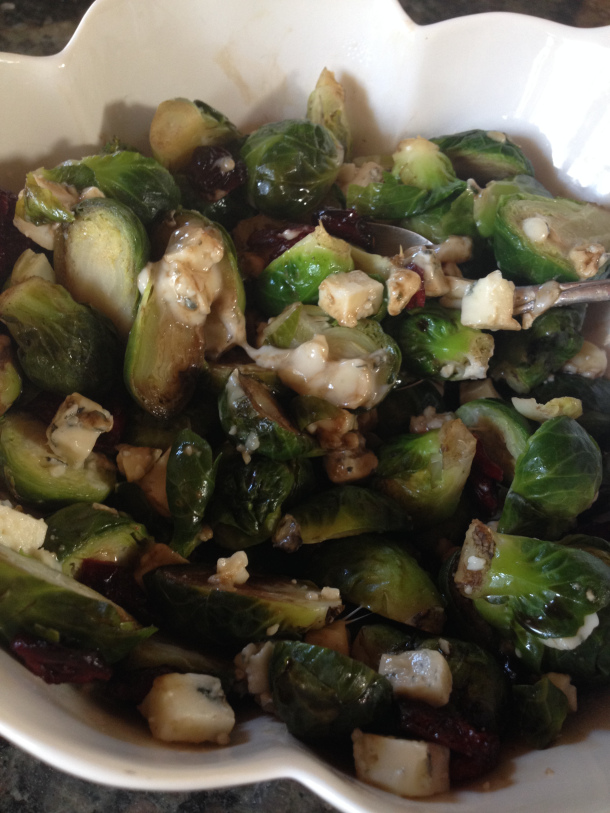 Oh! I also whipped up some peanut-butter celery sticks with sea salt, using the great celery that was in the Green Bean box. I’m assuming you can figure out how to do this, so I won’t insult you with a recipe… but trust me that the sea salt is worth it. 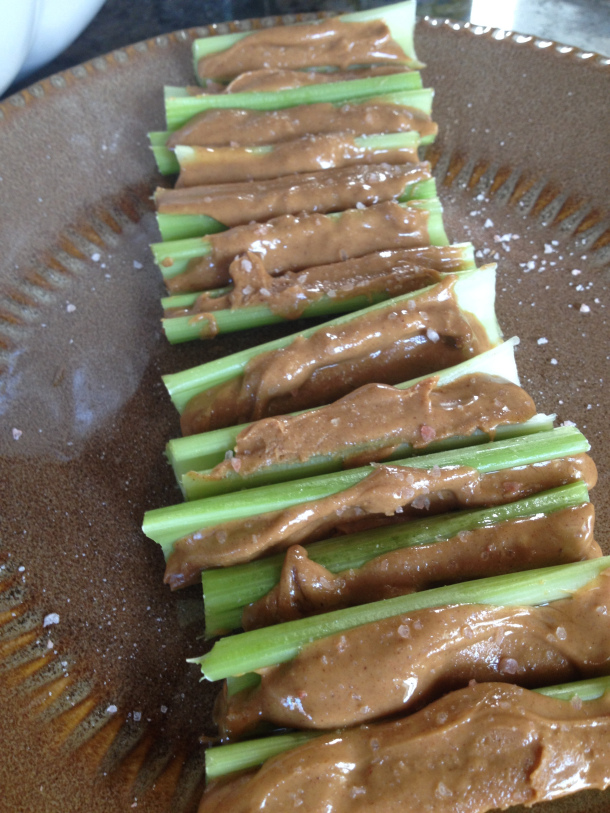 My boys like to eat “picnic-style,” which involves this ridiculously huge wooden tray I’ve had forever. I set everything out on it, and then they can build their meal at the table. We had made a few loaves of bread that day, so it was a perfect fit. 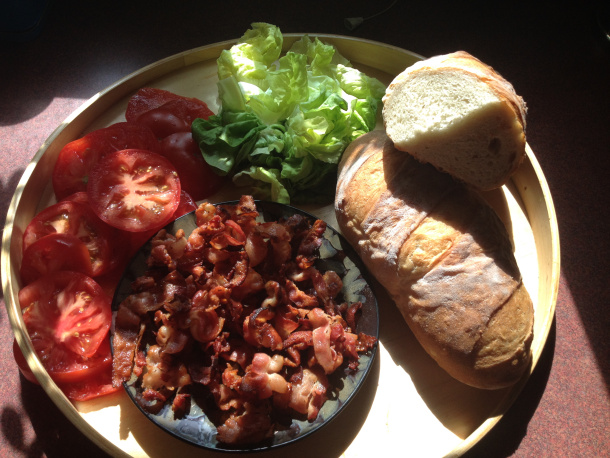 The finished meal! We toasted the bread a bit, added mayo – and kept it simple. It was a perfect summer dinner! 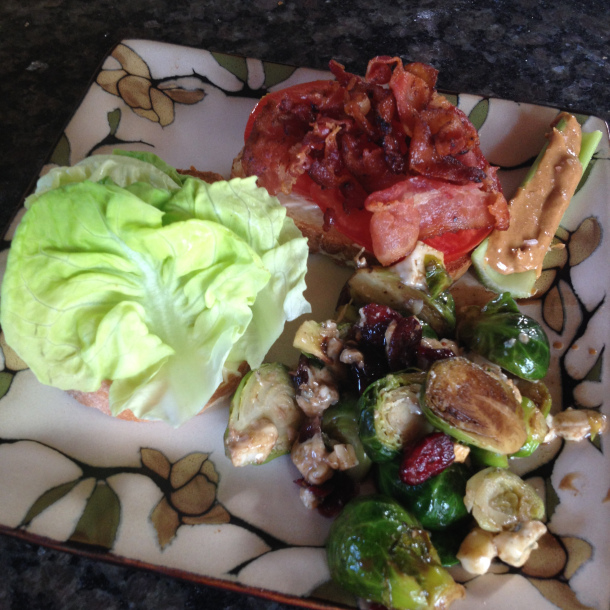 Baking Those Fox in the Snow Biscuits