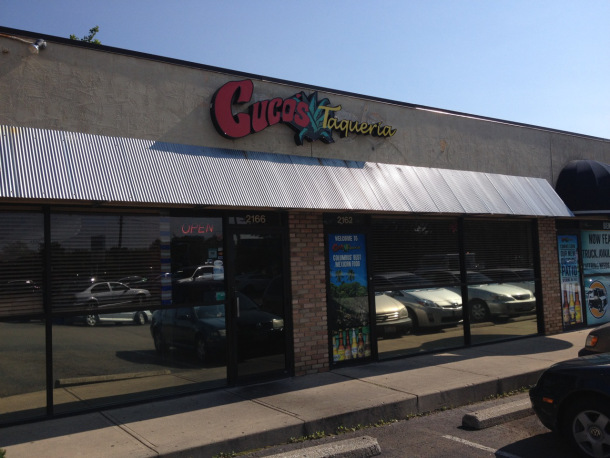 In the world of Columbus Mexican restaurants, Cuco’s has long been an easy go-to. Our tastes in Mexican fare have changed over the years as we’ve gotten to know less Americanized taco trucks and brick-and-mortar restaurants, but Cuco’s little Henderson Road strip mall location is still familiar and cozy. 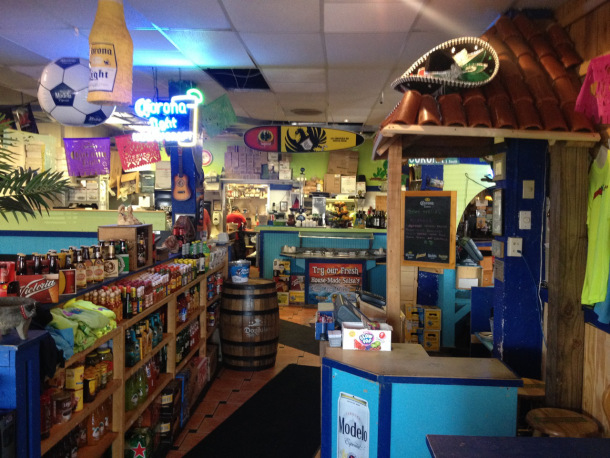 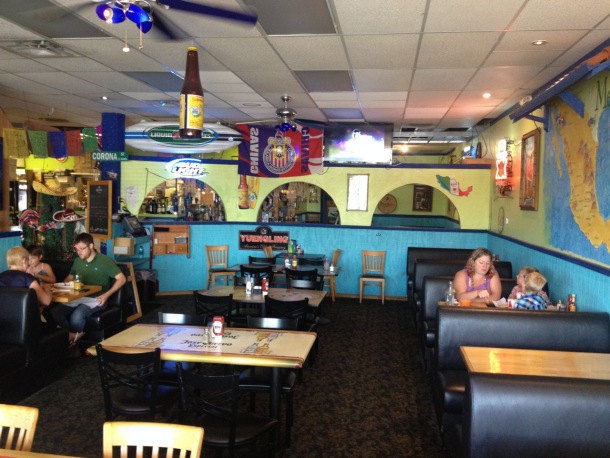 If you’ve been to Cuco’s for dinner, especially on a weekend, you know to expect a wait. The margaritas will be flowing and the salsa bar well stocked. But there’s plenty of room at breakfast. Not to say there aren’t customers – we witnessed a steady stream coming and going – but the early hours are a little more subdued. (Hint: this would make it ideal for a larger group.) 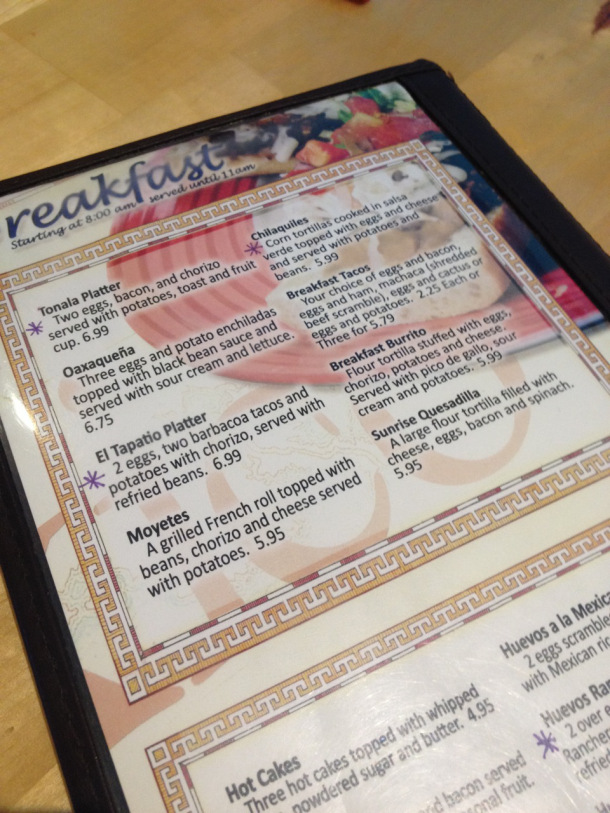 The breakfast menu takes up one page. Asterisks are penned in next to a few items. We didn’t ask why. Popular dishes? Specialties? 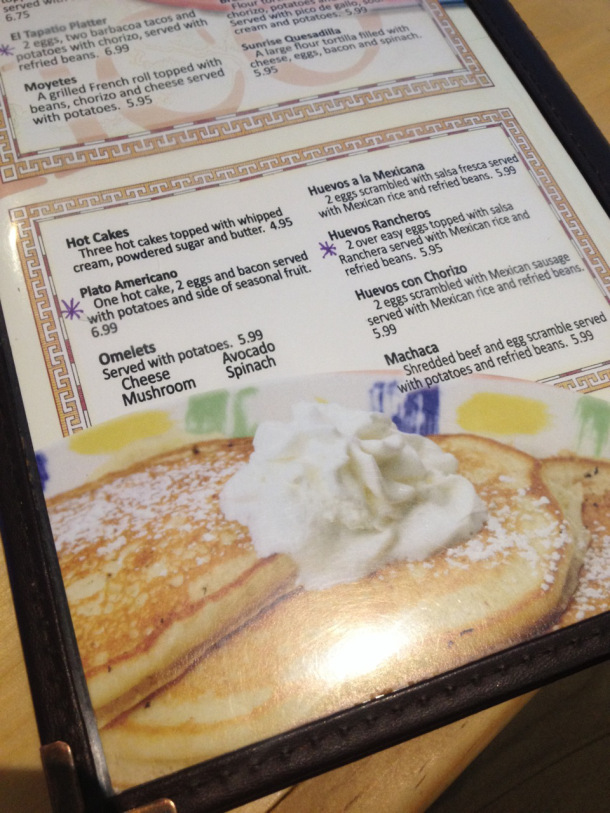 Notice that there are some straightforwardly American breakfasts: omelets, hotcakes, and the Plato Americano. My recommendation, though, is to try something you haven’t had before, like machaca, moyetes, or chilaquiles. Even huevos con chorizo. 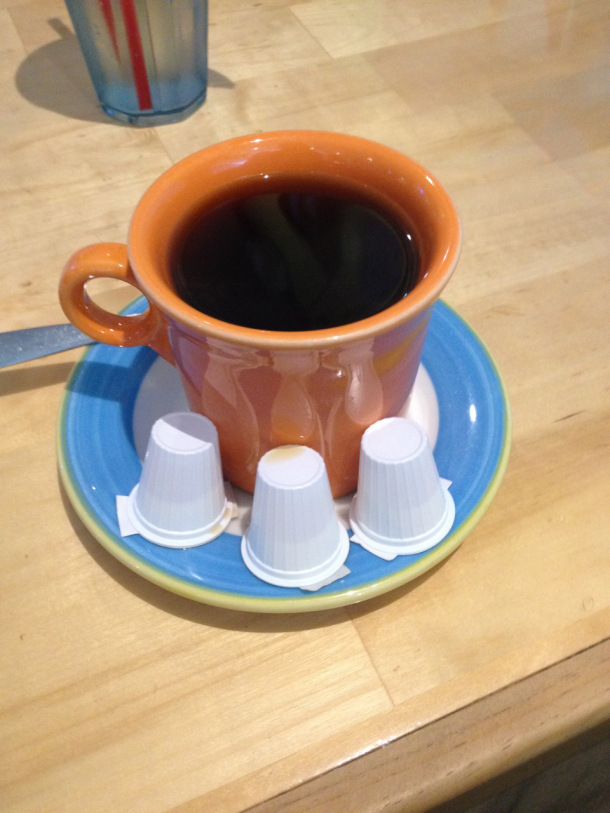 I ordered coffee with my breakfast. It’s basic diner brown. 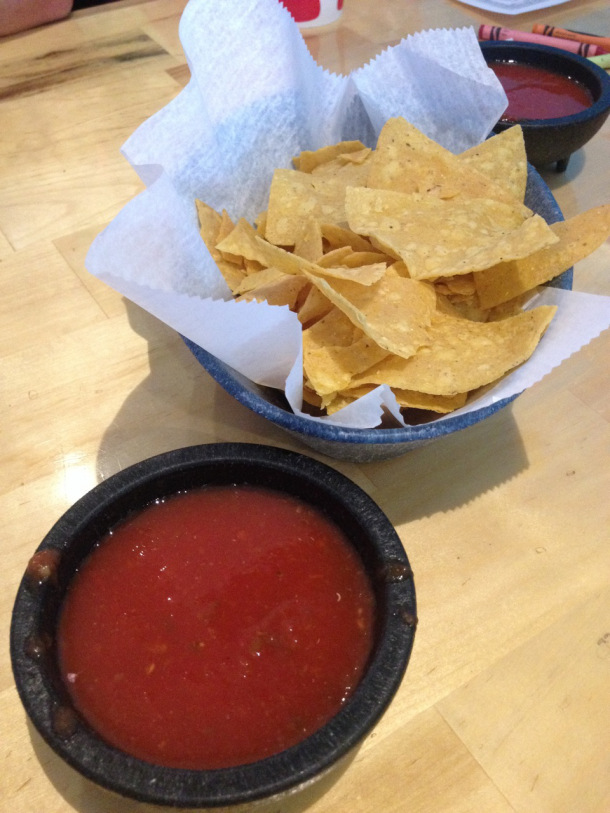 Chips and salsa aren’t normally brought to the table at breakfast, but our server offered to bring some when we asked just for salsa. 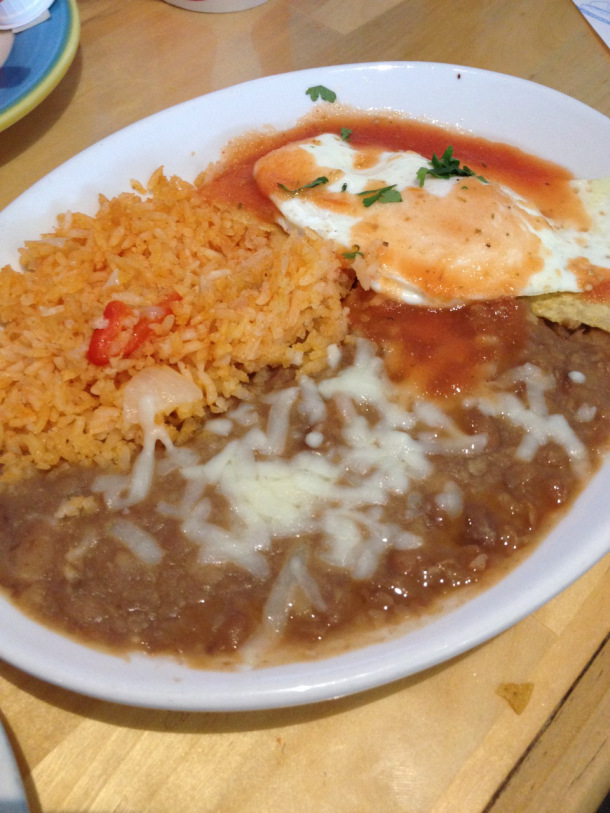 Our boys split the huevos rancheros. Like all the dishes we had, they weren’t as heavily seasoned as we normally prefer, but they’re served in generous portions at a very good price point. The huevos (two fried eggs) are layered onto tortillas and covered with a red ranchero sauce, with rice, refried beans, and cheese. 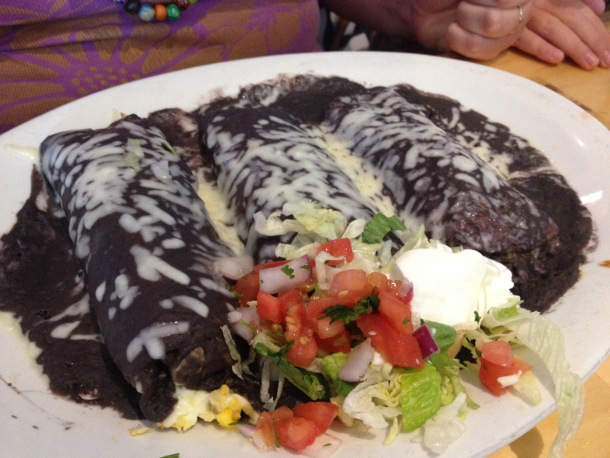 We also chose the oaxaqueña, a platter of three enchiladas stuffed with eggs and potatoes and generously doused with a black bean sauce. They’re big, starchy, and filling. 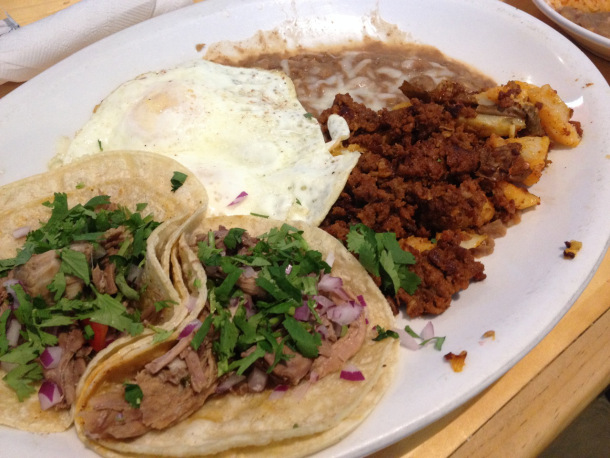 I’m almost always in a mood for chorizo when it comes to Mexican breakfasts, so I eyed El Tapatio Platter. It mixes two barbacoa tacos (served like street tacos on two corn tortillas and topped with fresh onion and cilantro), two eggs, and chorizo mixed with potatoes, plus a side of refried beans. All very likable. The barbacoa wasn’t quite as juicy or as heavily spiced as I prefer it, but the chorizo adds a nice kick to the whole dish. 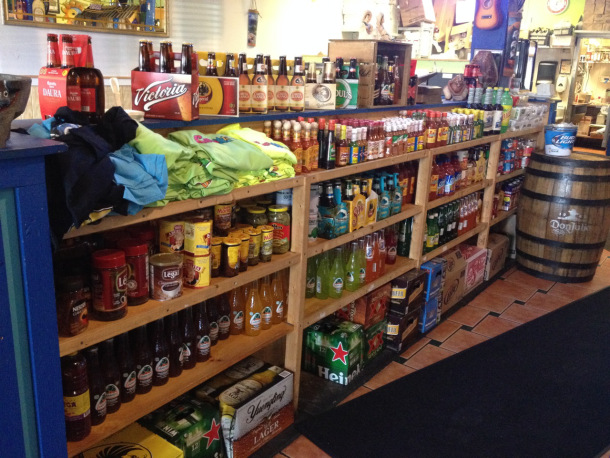 The waiting area of Cuco’s includes market shelves of beer, sodas, hot sauces, and other ingredients to take home. So you get a little sense of a small, local marketplace and the little taqueria.

It’s funny how a place that’s so busy at night can be so quiet in the mornings. Again, this isn’t say Cuco’s isn’t undiscovered for breakfast (I mean, some guy wrote about it in a breakfast book), but it feels like a hidden gem. Which makes it a comfortable place for breakfast, and a flavorful option if you’re looking to change up your routine a bit.