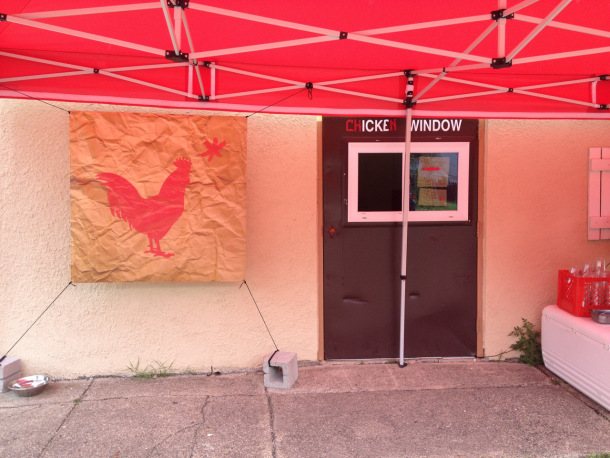 Columbus is going chicken crazy right now, and there’s good reason for it. We’ve got lots of chicken. And it’s mostly fried. Our family has been fans of Mya’s Fried Chicken from the beginning, and being Clintonville residents it’s one of our favorite neighborhood dining spots. However, now we’ve also got reason to trek across town for fried chicken. Three words: Hot Chicken Takeover. 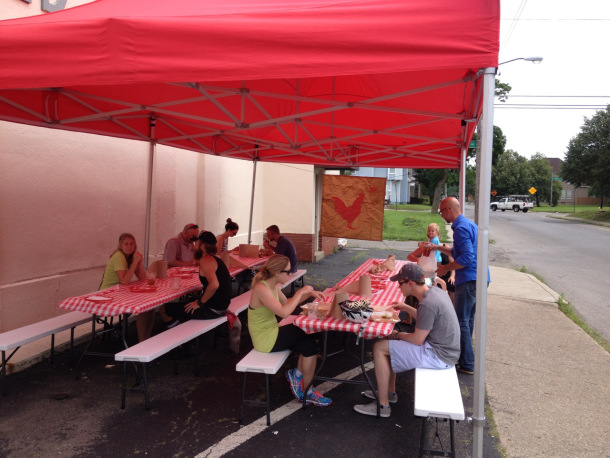 Hot Chicken Takeover is a, well, takeover of the kitchen at the Near East Side Cooperative Market. The Market is on the corner of Oak and Ohio in Olde Towne East, down the street from spots like L’Appat Patisserie and Angry Baker. Joe DeLoss and his crew fry up anywhere from 250-350 meals each weekend day. They’re set up simply with an ordering window (labeled the “chicken window”), long picnic tables under a tent, and a station with sweet tea, water, ranch dressing, and silverware. It’s about as simple as can be, and in my experience, something that is well done and simple can be stellar. 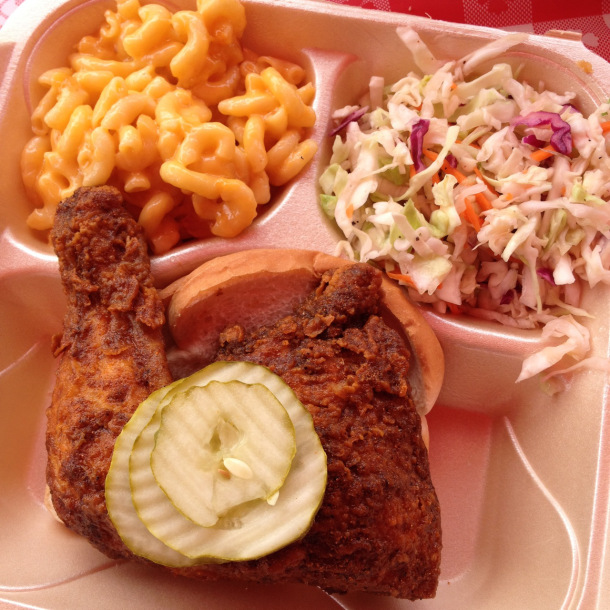 What is hot chicken? I had never heard of it before HCT opened up. Hot chicken is a popular Nashville serving of fried chicken, in which the breading is heavily dosed with spices like cayenne pepper. The chicken is served on a slice of white bread and topped with pickles. I enjoy a good bit of spice, so I relished the burn on my lips. What’s even better, though, is the meat. They’ve brined it and fried it perfectly, so it’s super juicy and a little salty. Joe said the hot chicken clocks in around 60,000 Scovilles, but if you’re a real hot-head, they served the “Holy Chicken,” which boosts the heat to over 100,000. I love some spice, but that’s probably too much for me.

The chicken brings plenty of heat, but there’s balance to it, too. Each meal is served with a creamy mac & cheese and a sweet cole slaw. You also get refills of a lovely sweet tea and access to rich home-made ranch. Every element works together, and each one nails the mark. 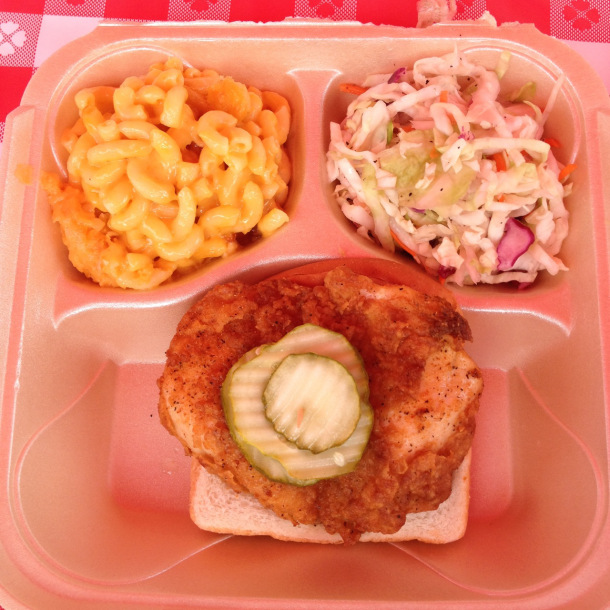 HCT serves “Cold Chicken,” too. Not temperature cold, but similar cuts with less heat. This was helpful when ordering for our boys. They like some heat, but the hot chicken would have overwhelmed them. The cold chicken is just as juicy and it’s served with the same sides. The meals were big enough that got two – one hot and one cold – and split them between the four of us. 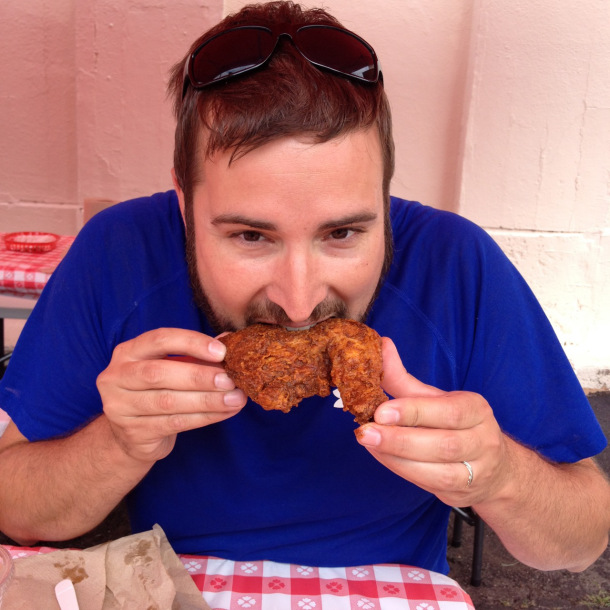 I didn’t know what hot chicken was before, but I know now – and goodness, I’ve been missing out all these years. HCT will become another regular spot for us, for sure, and I’m really excited to see what happens with them in the future.

Important note: as of now the takeover runs Saturday and Sunday from 12-4pm. I’ve heard tell of long lines, but we strolled right up when stopping by mid-afternoon. They close when they sell out, so it’s a good idea to watch their Facebook page for availability. Joe does a good job of providing updates with the number of meals left for the day.

If you want to visit: