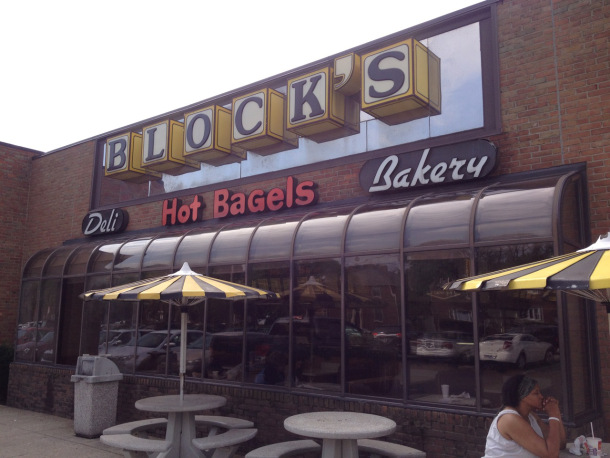 UPDATE: Block’s has moved down the street to 3012 E. Broad Street! Read more about the new Block’s Bagels Bexley.

They say there’s no school like the old school, right? Well, if that’s true, then there’s no bagels like Block’s Bagels. Block’s calls themselves the original bagels to Columbus. The Block family moved here from New York City in the late 1960’s. When friends came to visit from New York, they noticed the lack of real bagels in Columbus. Inspired by the comments, Harold Block opened a small bakery and deli in Bexley. Over the years business grew, and now Block’s is chugging along just like they did in the old days. 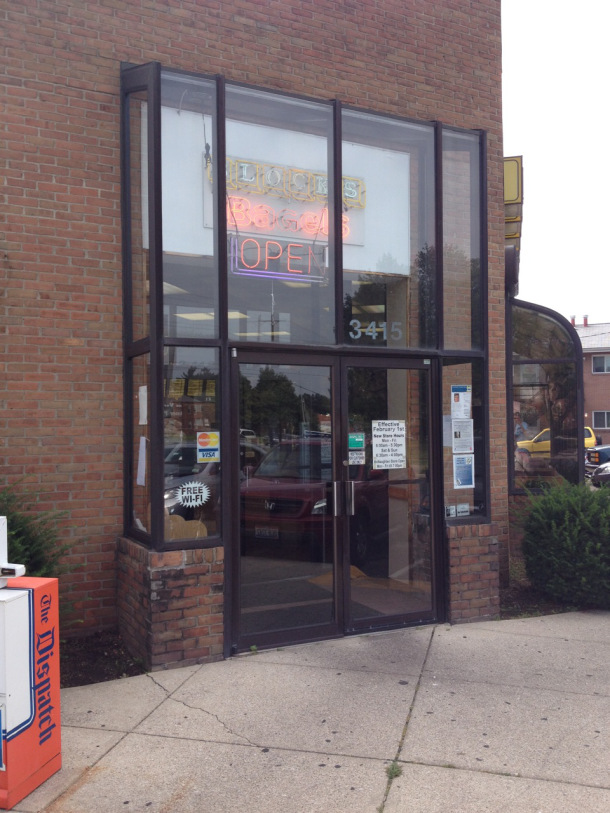 Almost thirty years ago now, they moved to their current location a little east on Broad Street. (Their large production facility further east on McNaughten Center includes a second cafe.) 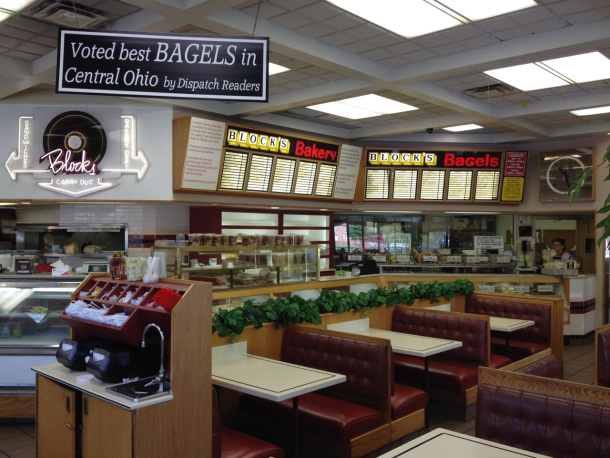 Judging by the location, not much has changed over thirty years. Not to say it looks outdated. Well, okay, maybe it does a little. It’s just that, nothing much has changed in how they make their bagels and how they serve their customers, so why change it? 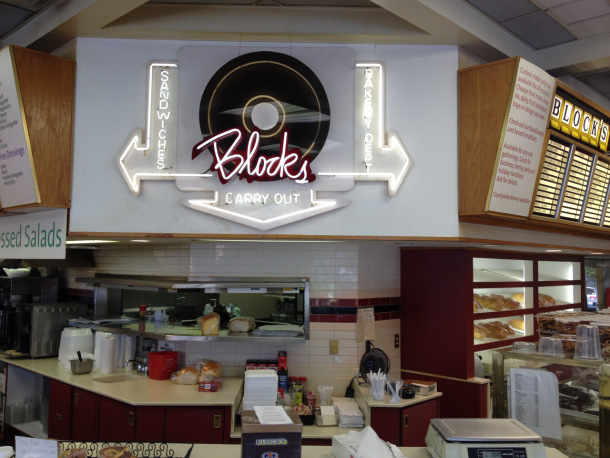 The cafe is fairly large (enough to accommodate bigger groups, hint) and the counters are divided into two sides: deli and bakery. 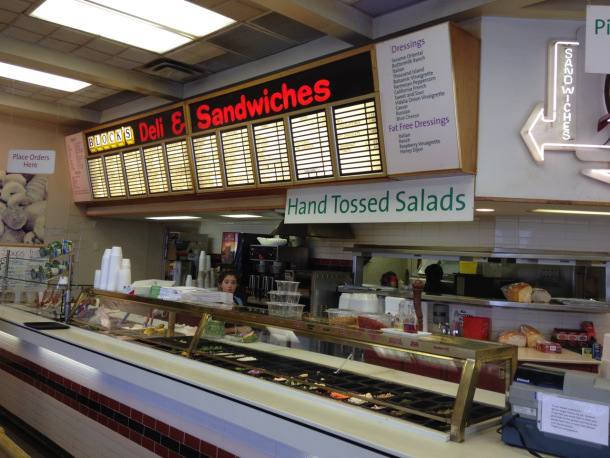 The deli side lets you order breakfast, salads, and sandwiches, as well as bulk meats and salads. Plenty of certified kosher items. 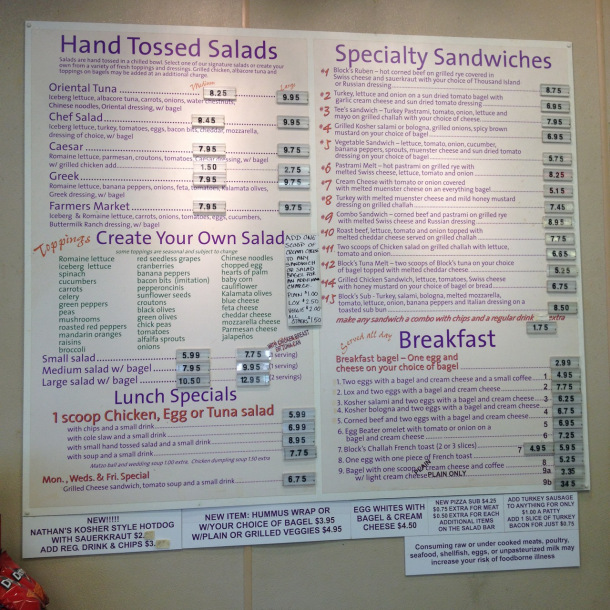 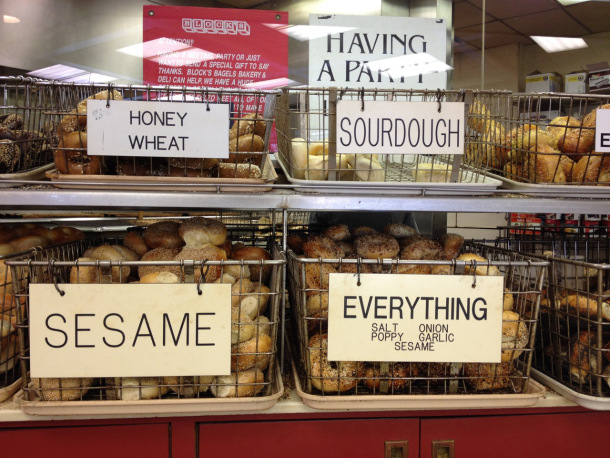 The bakery side features baskets upon baskets of fresh bagels. Although Block’s produces much of their wholesale goods at the McNaughten facility, you’ll still see them boiling and baking bagels at this cafe.

Block’s serves New York style water bagels. A New York water bagel is made from simple ingredients: flour, water, salt, yeast. It’s boiled first, and then baked. The boiling puffs up the bagel and gives it a chewier texture, while the baking gives it a better crust. 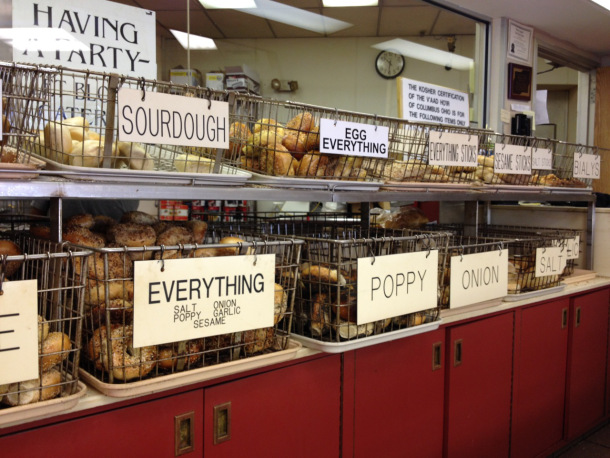 Block’s makes nearly 30 styles of bagels and bagel sticks. Sesame, poppy seed, caraway. Sourdough, rye, whole wheat. Blueberry, cinnamon raisin, chocolate chip. Plain. Or Everything. Get the Everything bagel. It’s the only type you’ll ever need. In my opinion, a deli is only as good as its everything bagel. 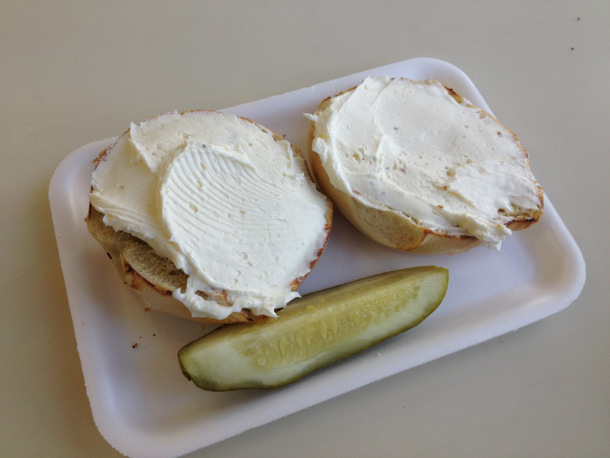 The dine-in service is pretty simple. Order at the counter and the server there will assemble your order one piece at a time. This means you might wait a little longer for bigger groups. We ordered four different things; the server moved quickly to prep a bagel with cream cheese and the lox platter. Then she disappeared in the back to make my eggs and corned beef. She brought that out, then disappeared in the back to make the French toast. It’s nice knowing everything’s made fresh, but it means there’s a short wait.

So here’s the first thing: a plain bagel with cream cheese for the boys. Great bagel. Generous smear of cream cheese. Excellent pickle. 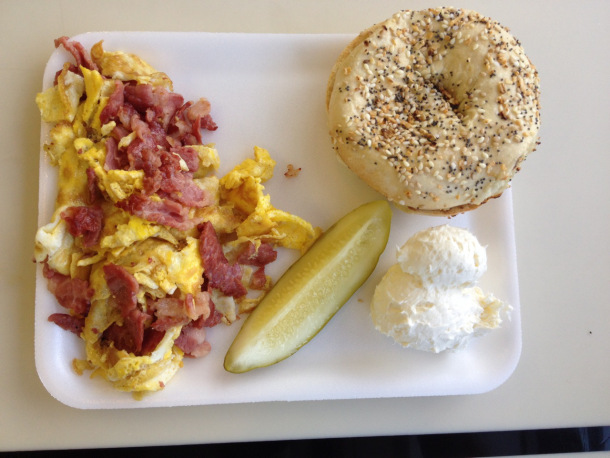 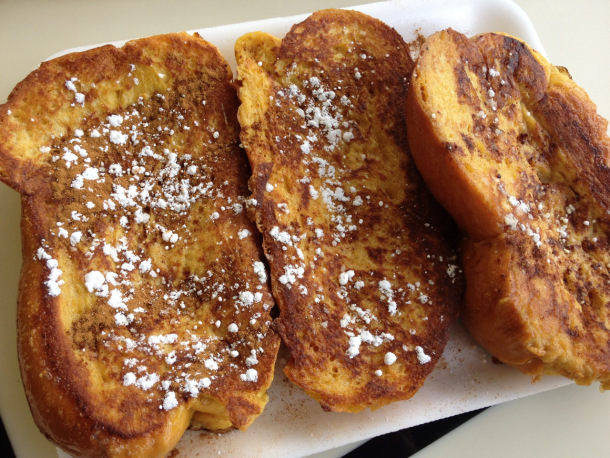 The challah French toast (made using Block’s challah bread – the bakery has a whole shelf of breads), is excellent. Thick slices of fresh challah, eggy and custardy like French toast should be. Dusted with powdered sugar and (a little too generous) coating of cinnamon. 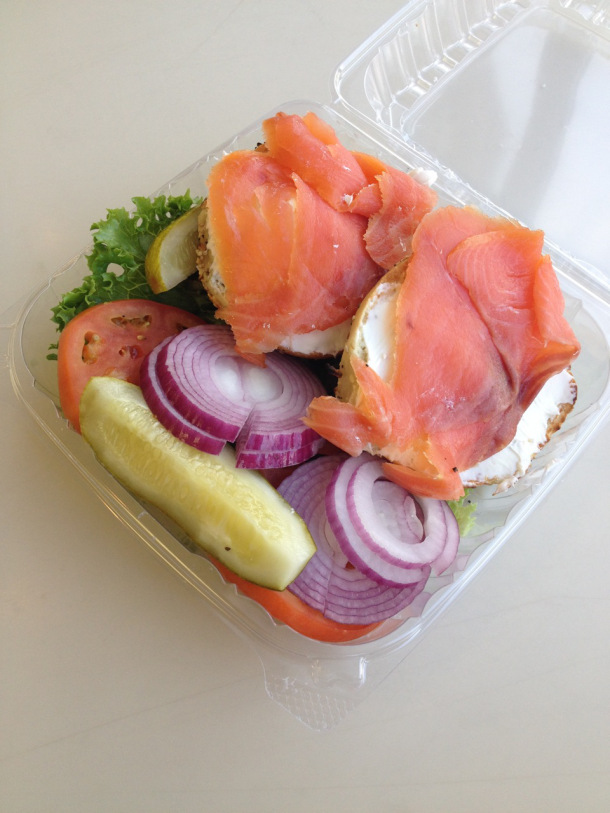 And the piece de resistance, the dish by which we judge all delis: the lox platter with salmon, cream cheese, onions, tomato, lettuce, and an everything bagel (we had to ask for the capers – we like that salty kick). Block’s is as good as you could hope for.

Next time you’re out exploring, stop by Block’s for a quick breakfast. Everything is worth a try (maybe get a sandwich and not the corned beef and eggs), and the bagels are stellar. If there’s no school like the old school, then you need to stick with the old school.

(Pssst… Block’s is the original New York bagel in Columbus, but they’re evenly matched by Sammy’s. Columbus is all the richer for both of them.)