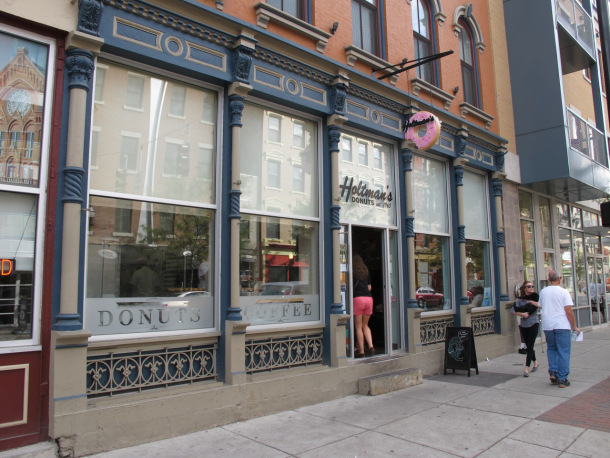 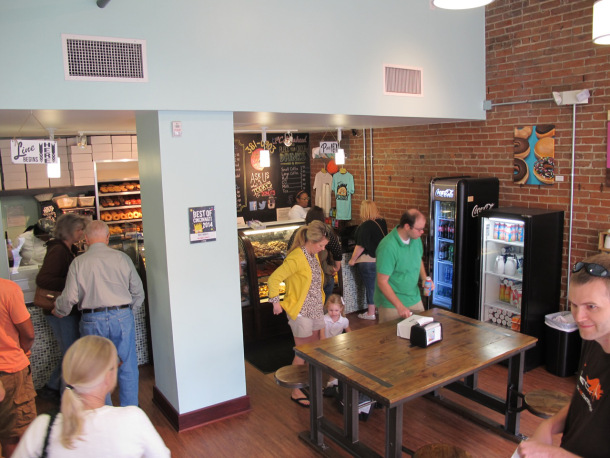 Following an excellent brunch down the street at Taste of Belgium, my brothers and I wandered Cincinnati’s Over-the-Rhine before going on one of the Queen City Underground tours. Of course, after a busy brunch, you need a donut, right? That was our thinking as we wandered into Holtman’s Donuts. 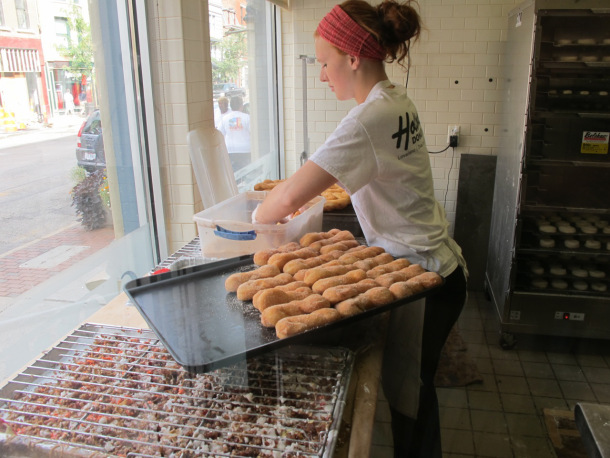 Even though I knew nothing about Holtman’s previously, I could easily spy the old school nature of the shop. Which meant we were in the right place. 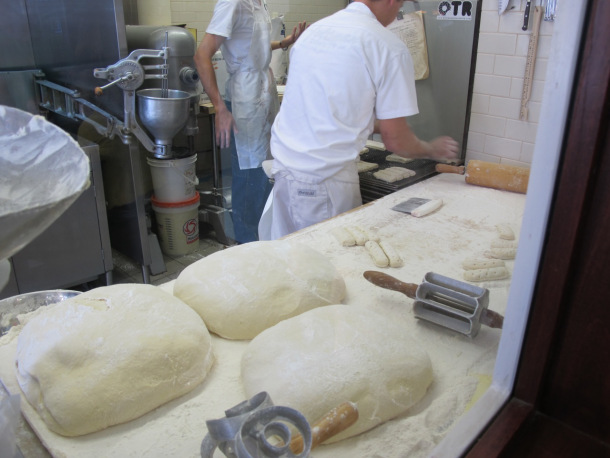 As you’re waiting in line, you can watch through the big windows as the donuts are being made. 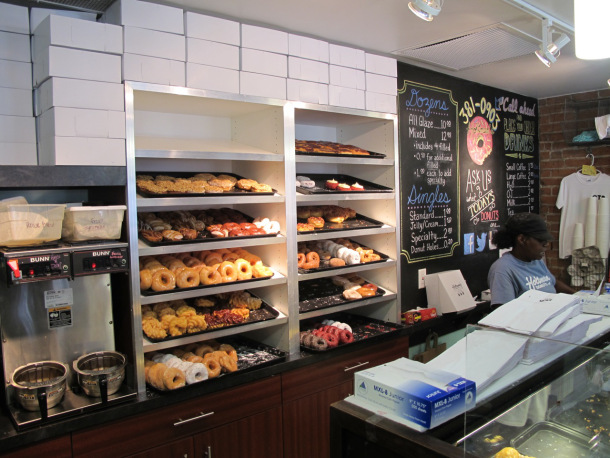 The shop had trays of nearly every type of donut imaginable. 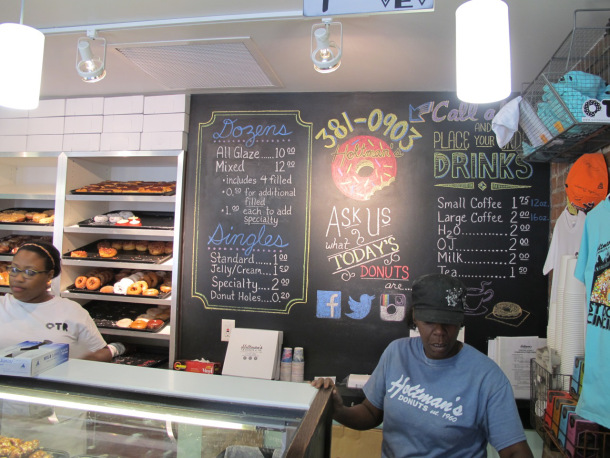 They were honestly so busy I barely got a chance to look through everything. 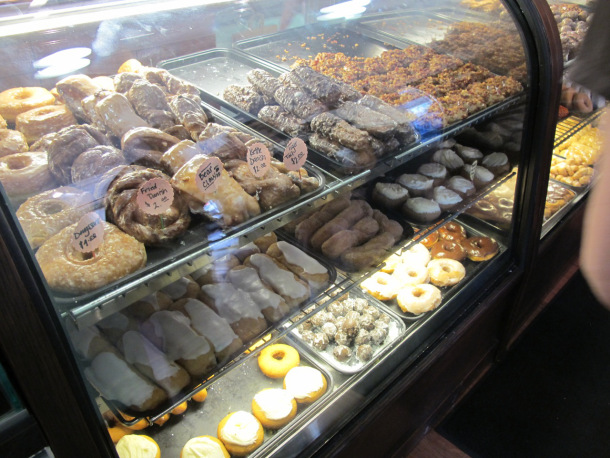 But it’s hard to go wrong when you have a selection like this. 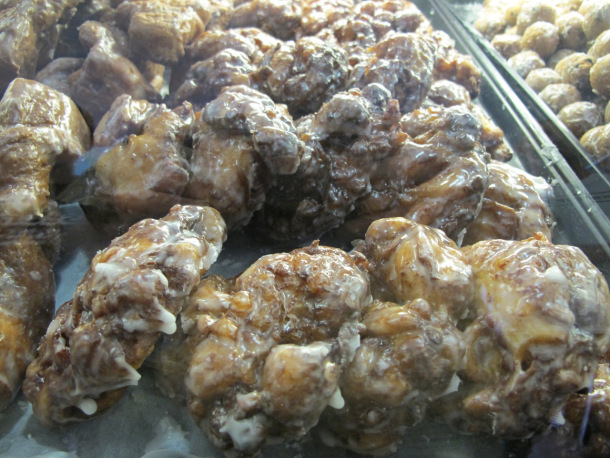 The giant apple fritters stood out. 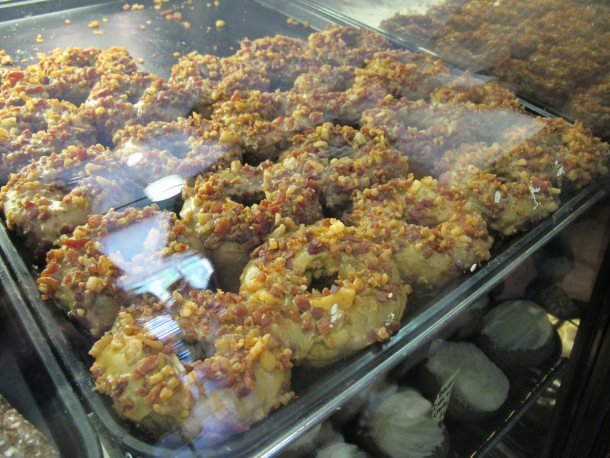 But of course I zeroed in on the bacon and maple glazed donuts. 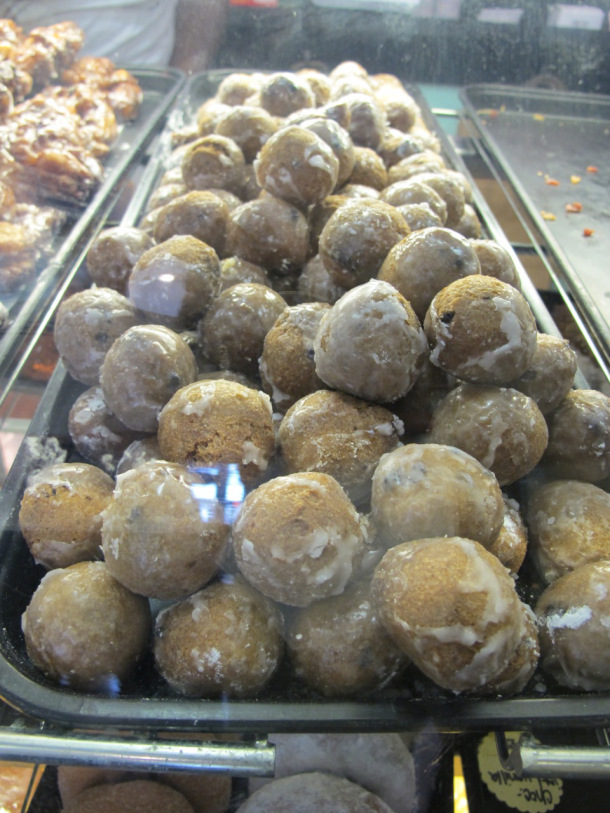 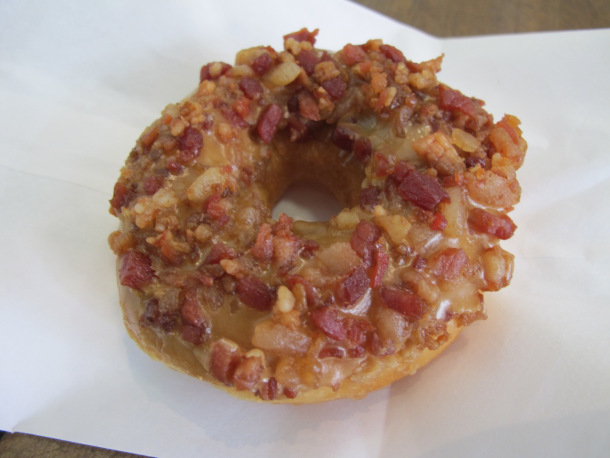 But let’s get back to that maple bacon donut, shall we? This little yeast-raised beauty was soft, warm, and generously sprinkled with bacon.

Our stop at Holtman’s wasn’t long, but it was long enough to enjoy a donut and watch the line of people stroll through. The sign on Holtman’s says it’s been around since 1960, and while I’m guessing the Over-the-Rhine shop isn’t the original location, it’s obviously got a following and a much-loved place in the neighborhood.