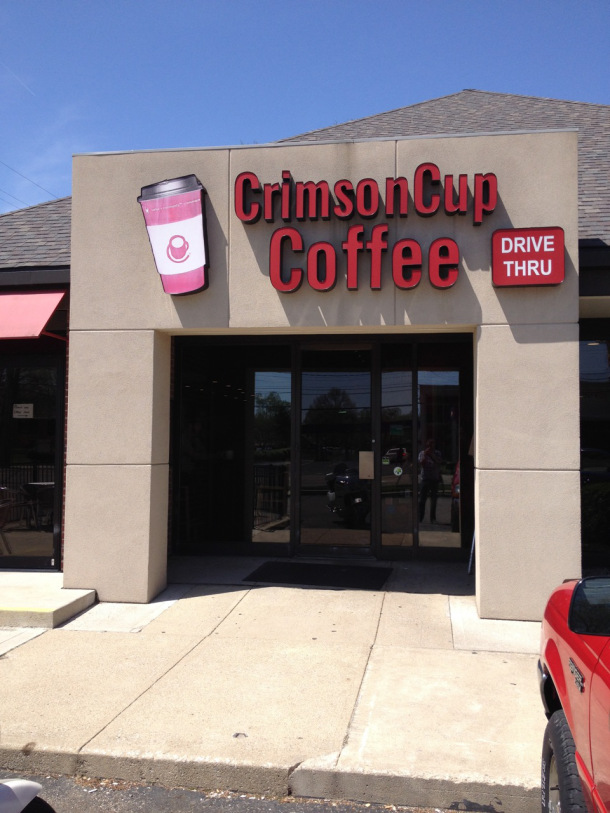 Visited: Many, many times

Anyone familiar with coffee in Columbus – or even if you’re not overtly familiar but just drink coffee – will have run into Crimson Cup and its coffees many times. Crimson Cup is a prolific roaster and wholesaler, with many shops around Columbus and far beyond – even much of Ohio State’s food service – brewing their coffees. 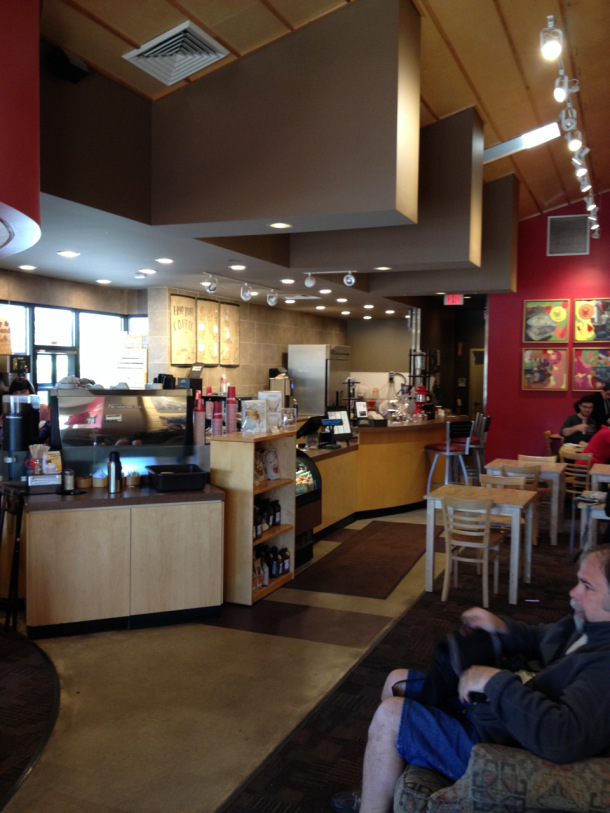 Crimson Cup also has a small tip-of-the-iceberg retail storefront in the form of a Clintonville coffee shop. This shop is a proven mainstay of the neighborhood, and it does well at playing the everything-to-everyone game. First, it has a busy drive-through (they share a building with a credit union) to catch the on-the-go crowd. Then they’ve got the interior space and a small front patio with wifi, tables, couches, and comfy chairs for all those working, meeting, and reading (I’ve been regularly using the coffee shop as a morning writing spot). Finally, they’re delving into the “third wave” coffee shop experience with a full brew bar, experimental brews, and customer education. 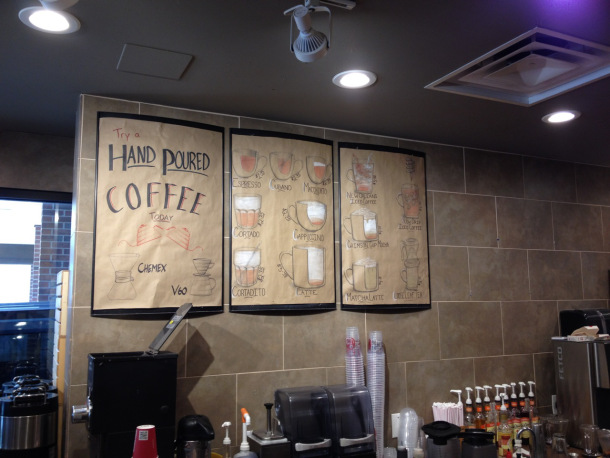 The menus differ between the drive-through and the inside counter (FYI to those of you driving through who don’t want pumpkin spice lattes and flavored ice teas). Clearly they’re playing to the likelihood of what drivers want to order, but if you’re headed into the drive-through, don’t forget you can request nitro-poured cold brew, cappuccinos, and the like. Inside, the brown paper menu provides an updated list of espresso drinks with helpful illustrations of coffee-to-milk ratios. 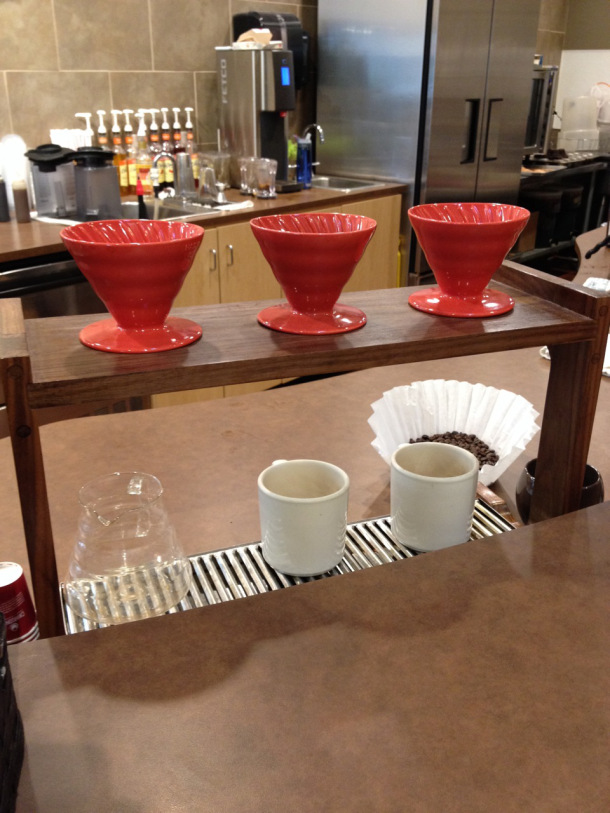 If you’re up for trying out different coffee roasts and preparations, you can take a seat at the brew bar to try V60 pour-overs, Chemex coffee, or the variety of cold brews. 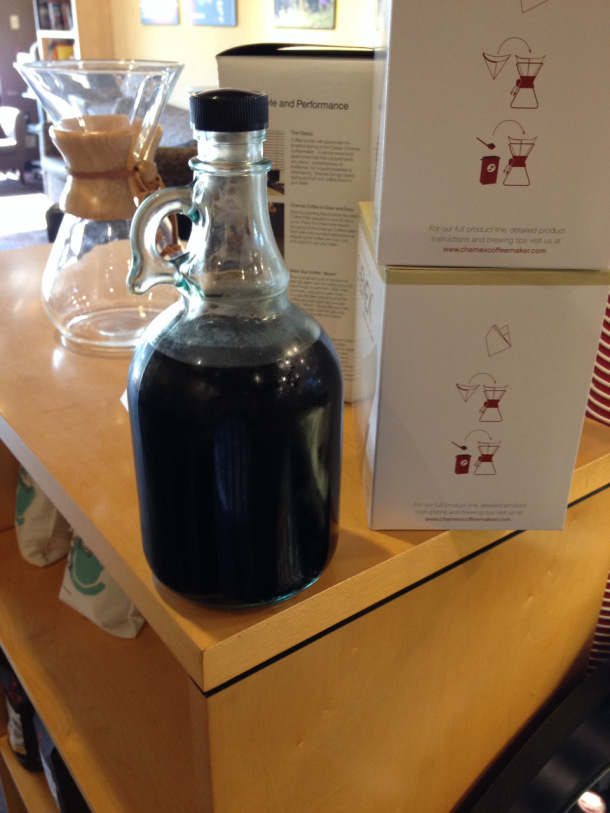 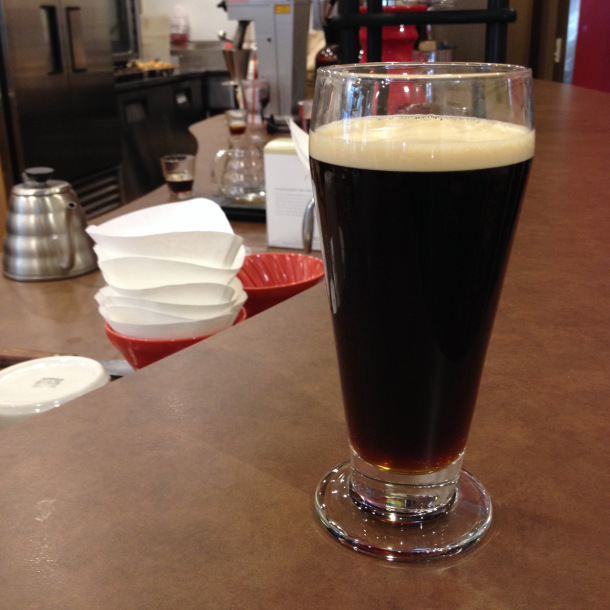 One of their signatures – and as far as I know, the only one you can currently find in town – is their cold brew coffee served on a nitro tap. This is similar to nitro tap beer, where the liquid is infused with nitrogen (rather than the traditional carbon dioxide in beer). Nitrogen bubbles are many times smaller than CO2, so it produces a wonderfully creamy texture. When a properly-made cold brew coffee is served this way, it’s very smooth, full of flavor, and almost devoid of bitterness. It’s a real treat. 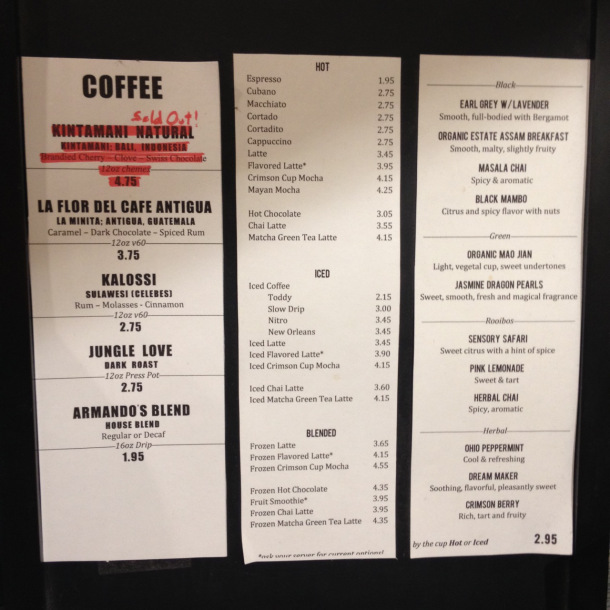 The coffee shop also gives you plenty of options beyond light, medium, dark roasts. The menus list and describe available roasts, plus their wide selection of loose leaf teas. 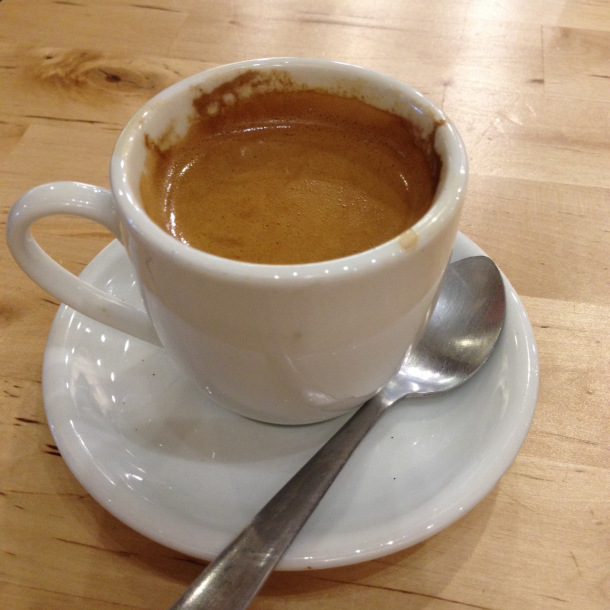 While I usually French press coffee at home, I’ve enjoyed smaller and more potent drinks at coffee shops lately. I’m a fan of a good demitasse of espresso. 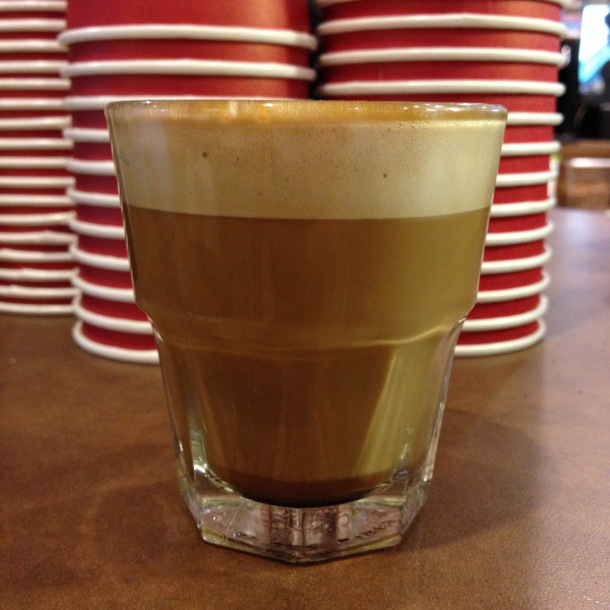 But my real preference of late – and not just at Crimson Cup – is the cortado. The cortado is simply a shot of espresso cut with a little warm milk, usually in a 1:1 ratio. 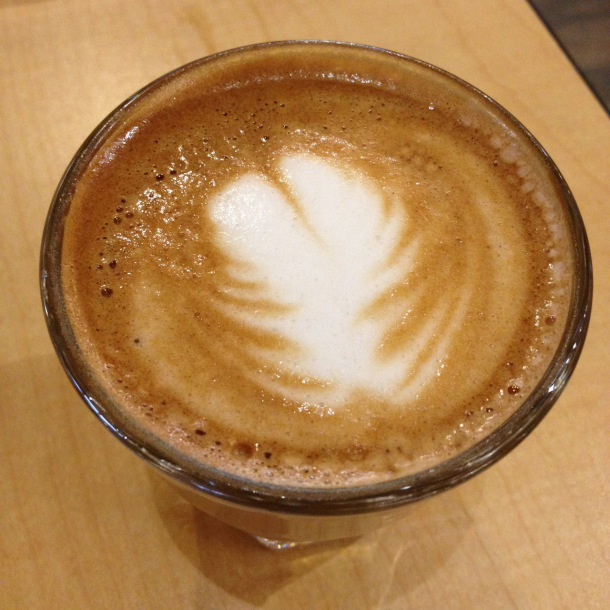 The cortado is efficient. It’s the richness of espresso combined with a little creaminess. Usually there’s enough milk that baristas produce some tiny latte art. 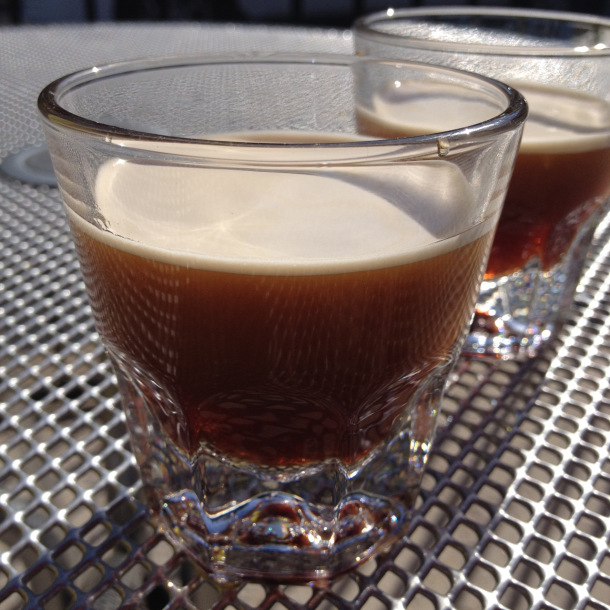 Crimson Cup likes to have some fun with their coffees, too. This month they’ve dry-hopped their cold brew coffee; dry hopping is usually done with beer, and refers to adding hop leaves or cones after the boil. This imparts the flavors and aromas of the hops without boiling out more of the bitter acids. This brew may not be for everyone, but it’s worth trying. The hops aren’t overly strong; think of it more like very light porter.

Crimson Cup’s coffee shop covers all your needs: drive-through fuel up, study space, or coffee bar. It’s good to have them in the neighborhood.