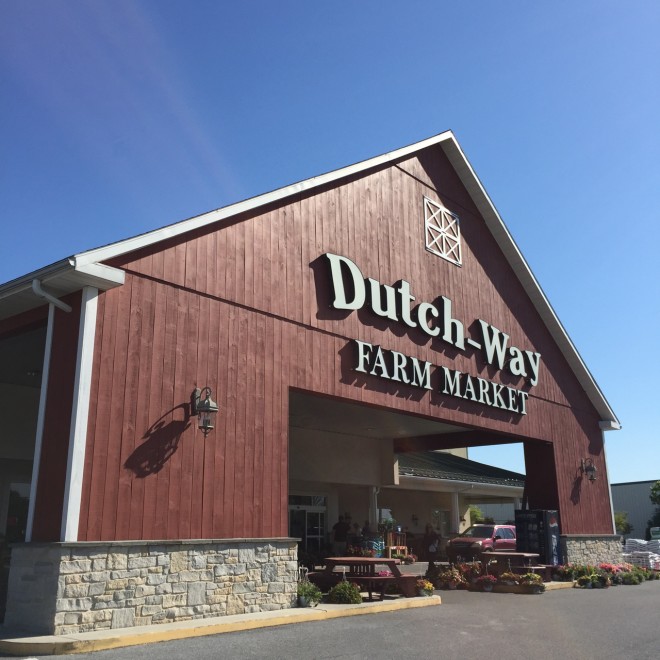 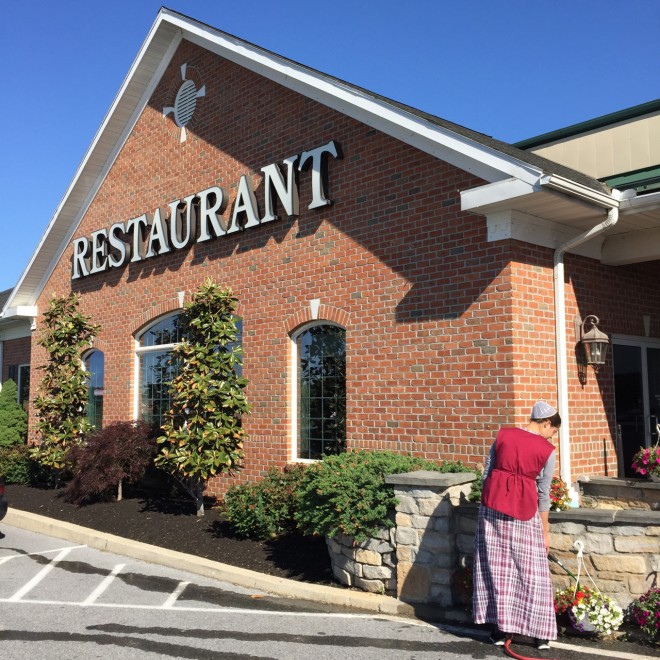 Visiting family in eastern Pennsylvania – Pennsylvania Dutch country – we made a stop for breakfast at the Dutch-Way Farm Market. The Market is a giant grocery story with a just-as-giant restaurant attached. The grocery store itself is a trip – it’s decorated with all sorts of large animals and tableaus around the store. The market is known in the area as a go-to spot for local delicacies, and these items show up in their breakfast buffet, too. 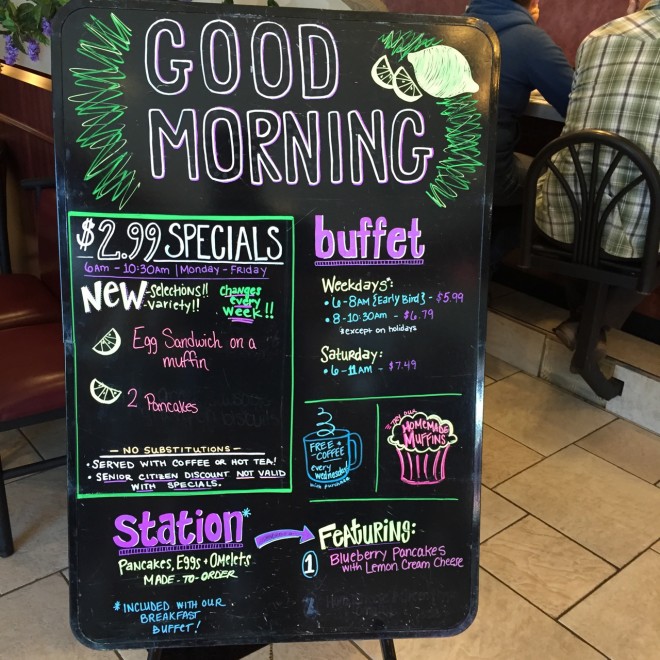 If you’re looking to feed a large group like we were, Dutch-Way is the place to be. It’s a monster of a buffet, and inexpensive to boot. If you’re an early riser on a weekday, you can get it for $5.99! 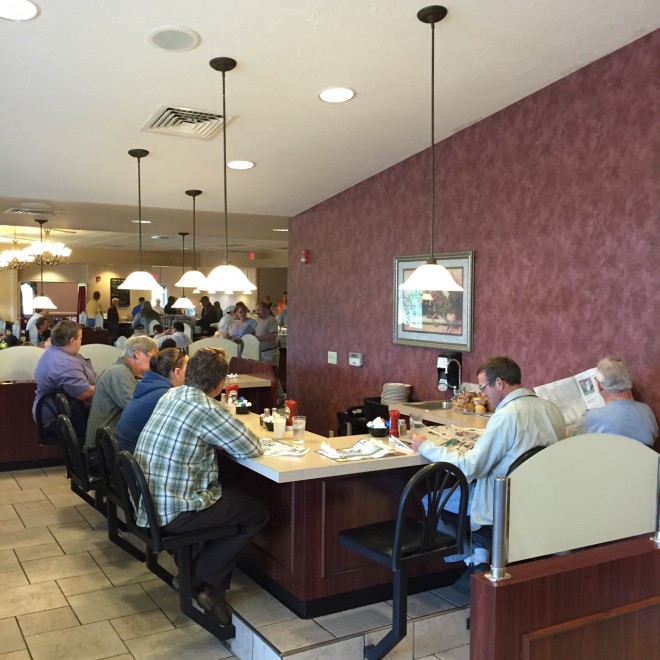 While the restaurant features a larger dining room and a couple private rooms, you can still get the diner counter experience if you so desire. 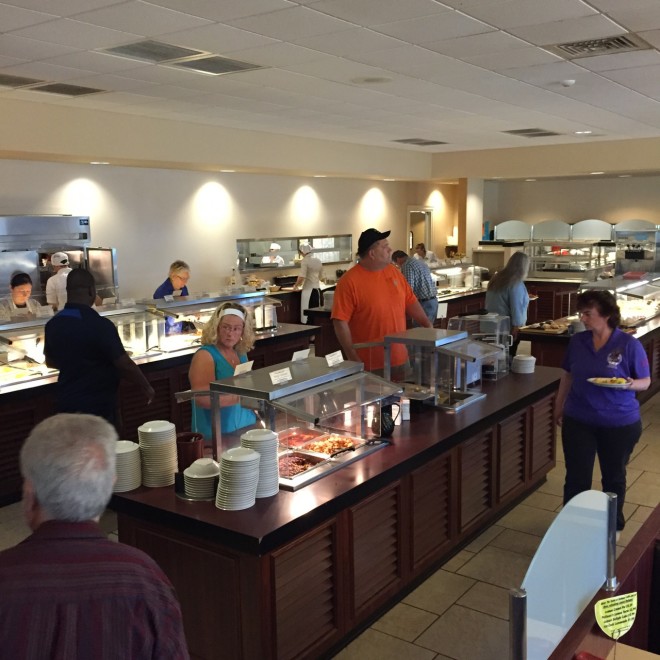 Once our group got settled in, we tackled the buffet. There are four big stations full of items. 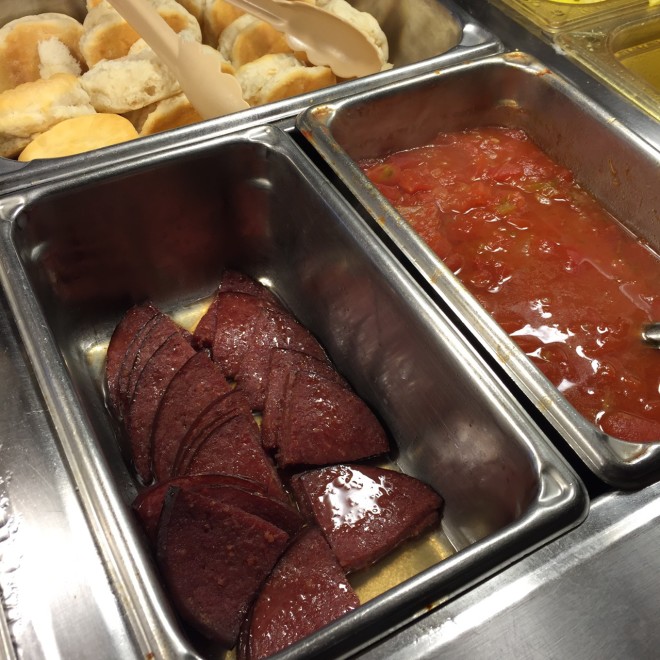 A couple local delicacies: Lebanon bologna and stewed tomatoes. Lebanon bologna (named for the nearby town and county) is darker and a little sweet and tangy. Actually one of my favorite items from the buffet. 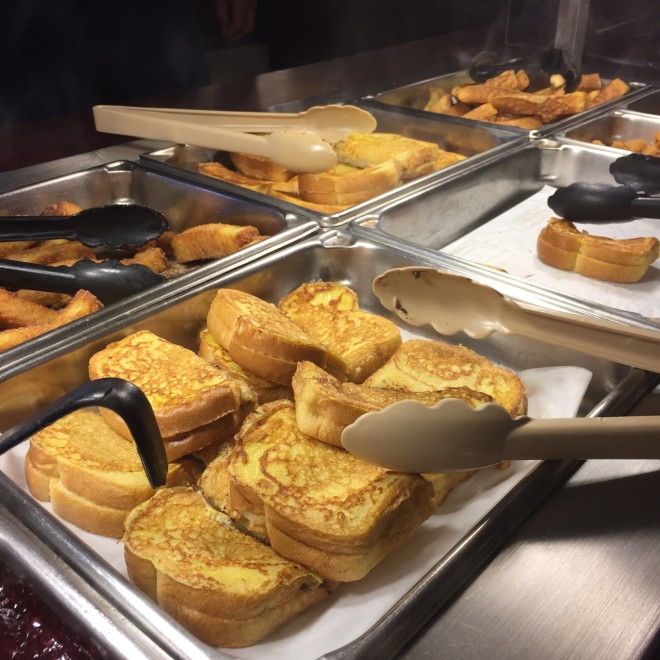 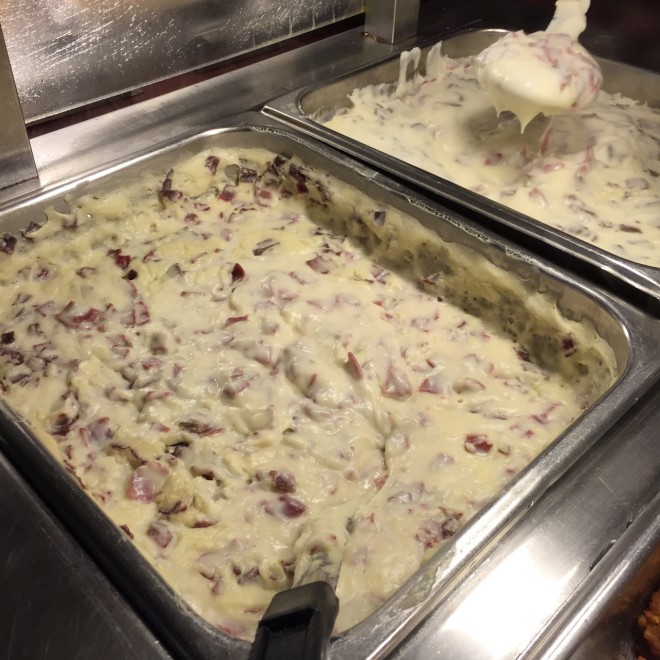 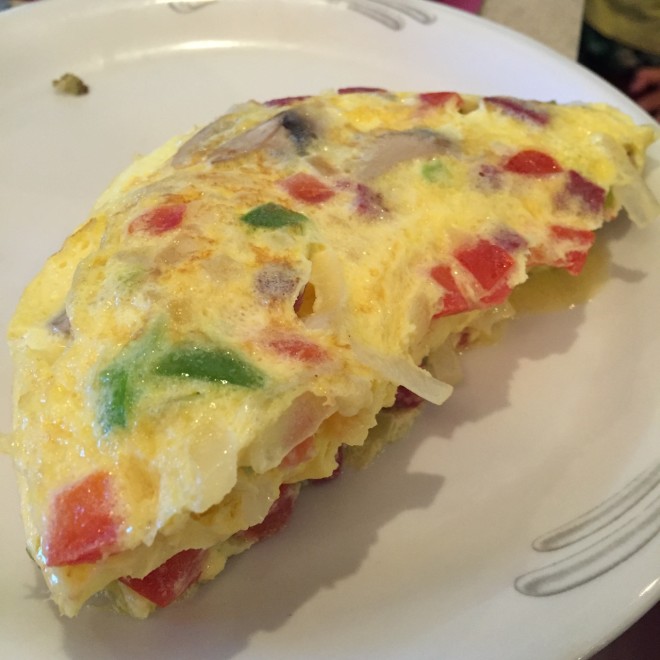 There’s a station where you can order custom-made eggs, omelets, and pancakes. 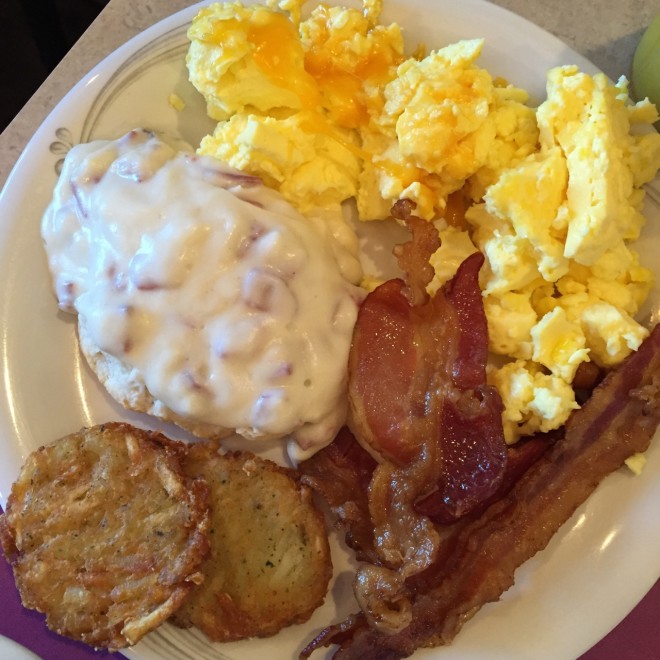 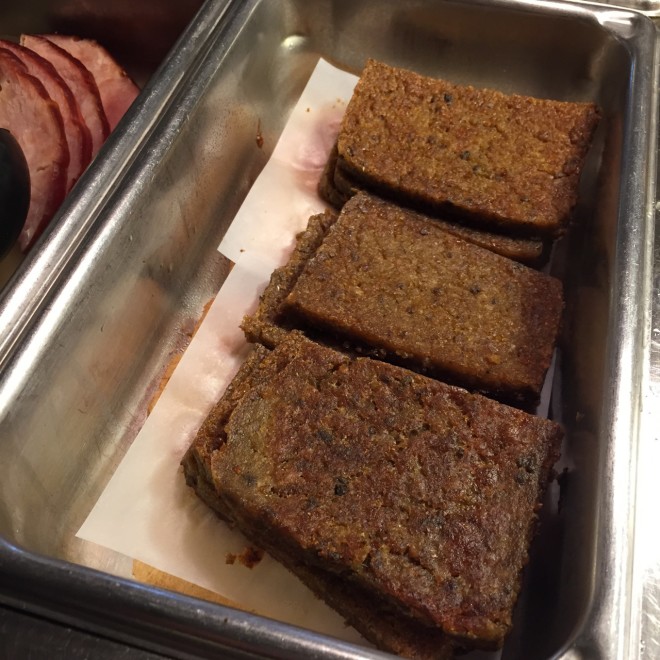 Of course, if you’re in eastern Pennsylvania, you better believe you’ll find scrapple. Dutch-Way serves a very respectable version. For those who don’t know it, scrapple is traditionally made from meat scraps – leftover cuts that are too small to sell – mixed with cornmeal and spices, then fried. Don’t be grossed out by it. Think of it like soft sausage patties. 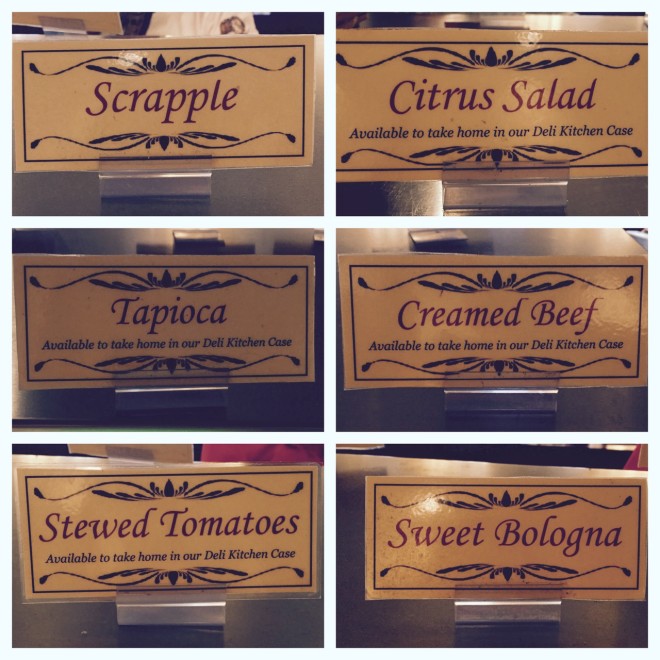 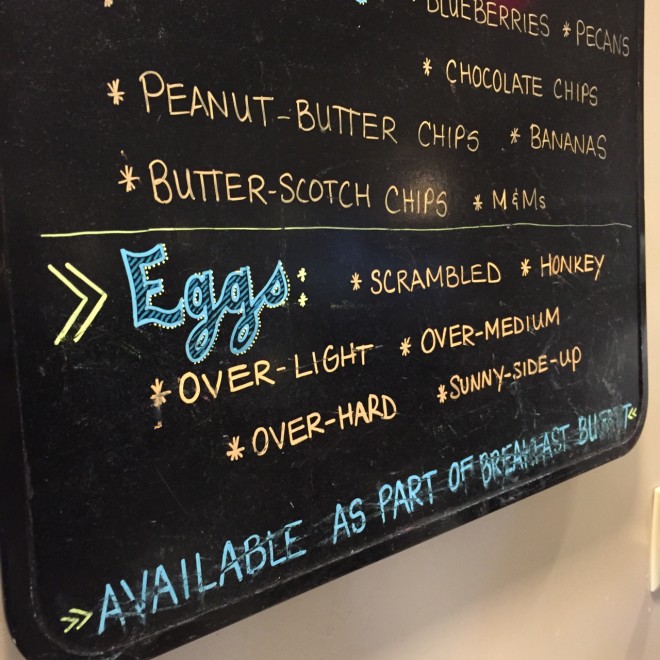 Some of us stopped at the omelet/egg/pancake bar. What specifically caught my eye were the “honkey” eggs. Naturally, I had to ask. Want to know what they are? Scroll down. 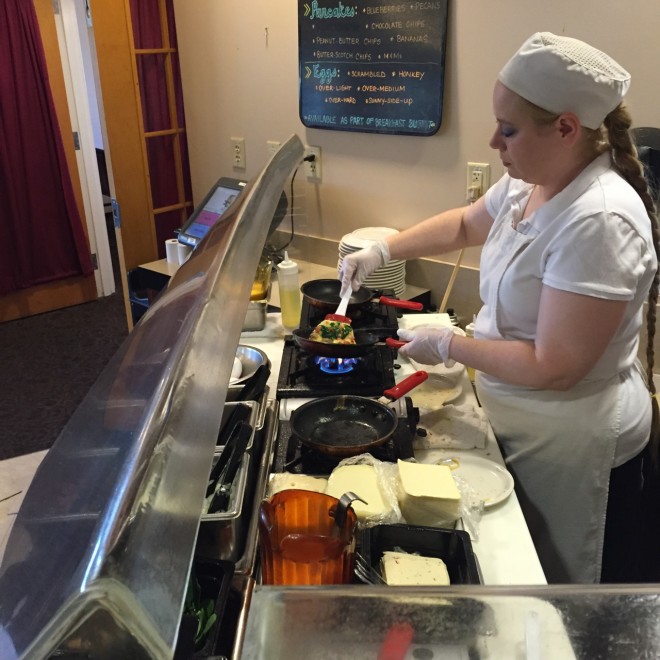 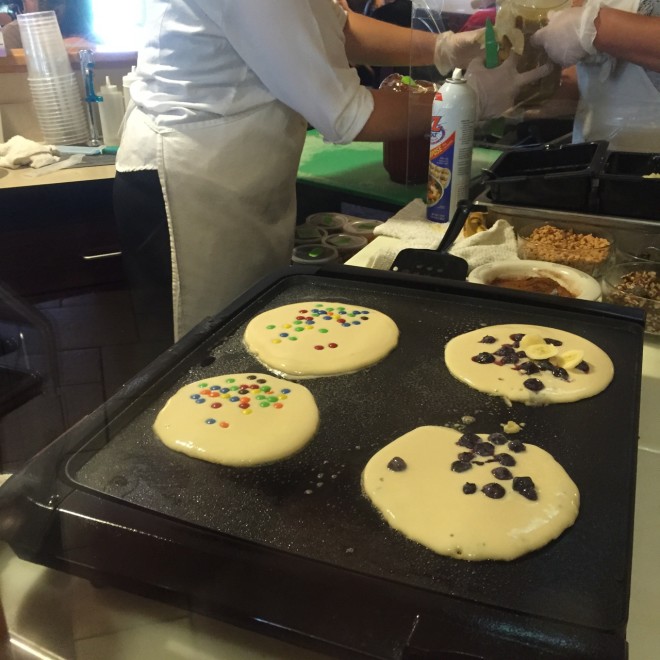 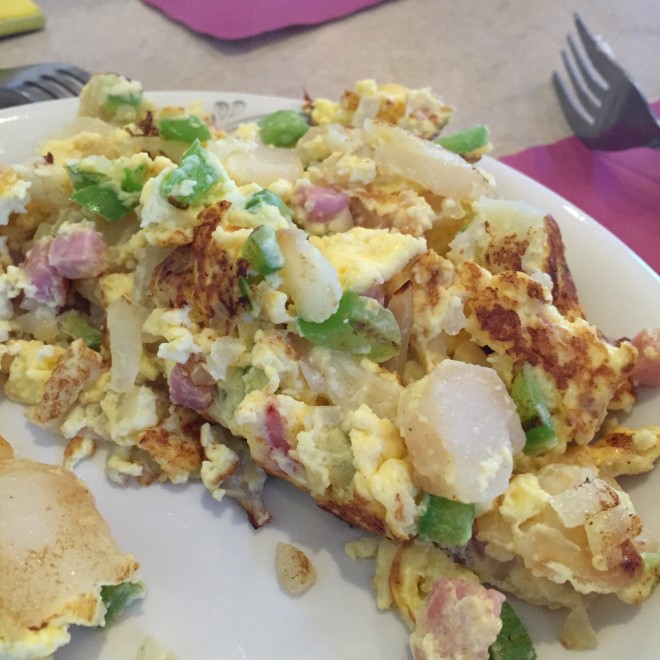 Wondering about the honkey eggs? Here’s your answer: they’re eggs scrambled with potatoes, peppers, onions, and ham. I looked them up, and yes, it’s a thing. 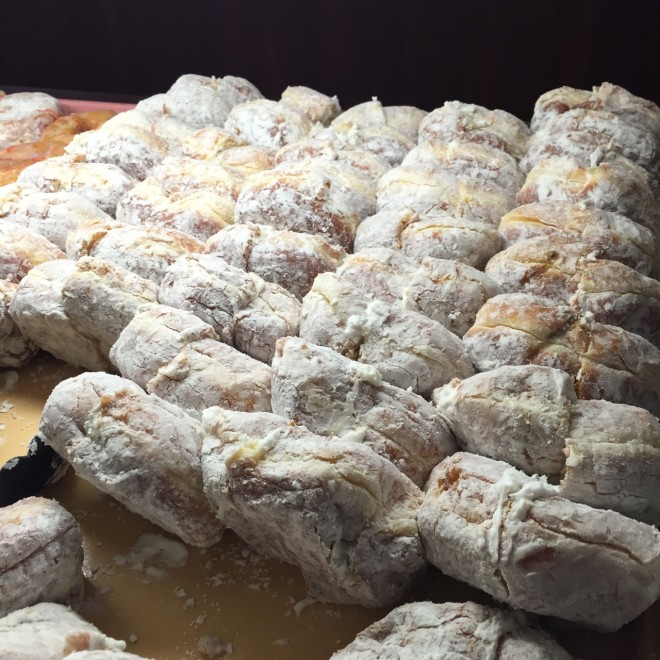 Another benefit to these large Dutch-style restaurants that dot the Midwest and Mid-Atlantic states? DONUTS. 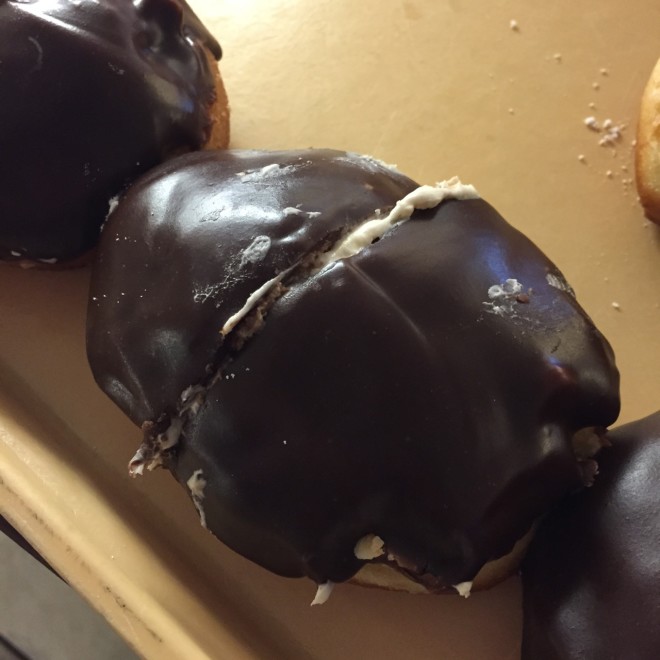 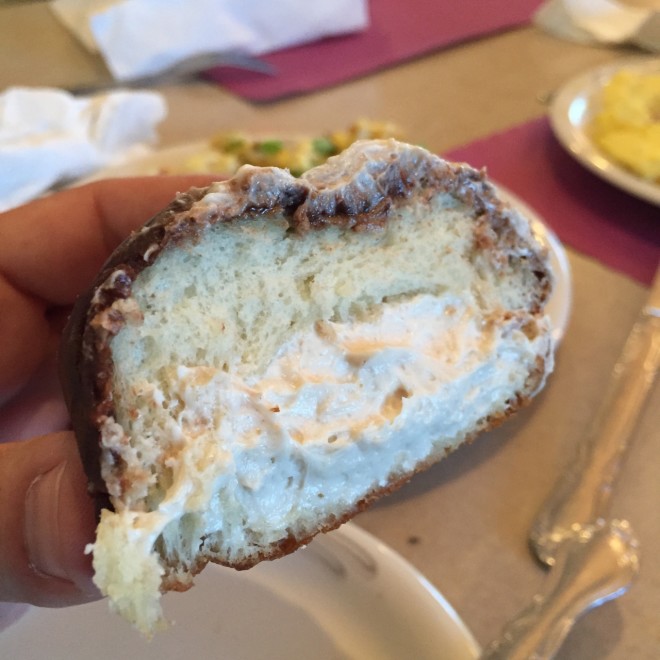 It’d be easy to fill up on a donuts at a buffet like this. Fortunately, they slice donuts in the pieces so you’re not committed to a whole one. But that doesn’t mean you can’t sample one of the excellent peanut butter donuts. 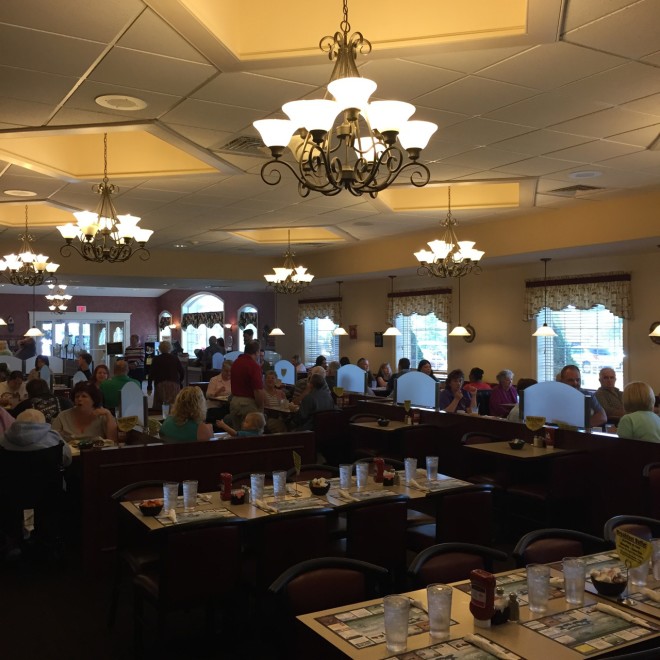 Dutch-Way’s buffet was about as good as you could expect. There were few of the regular buffet pitfalls like slightly dried-out or under-seasoned food. But for the overall selection and price, and the feature of some local and regional dishes, it’s absolutely worth it.