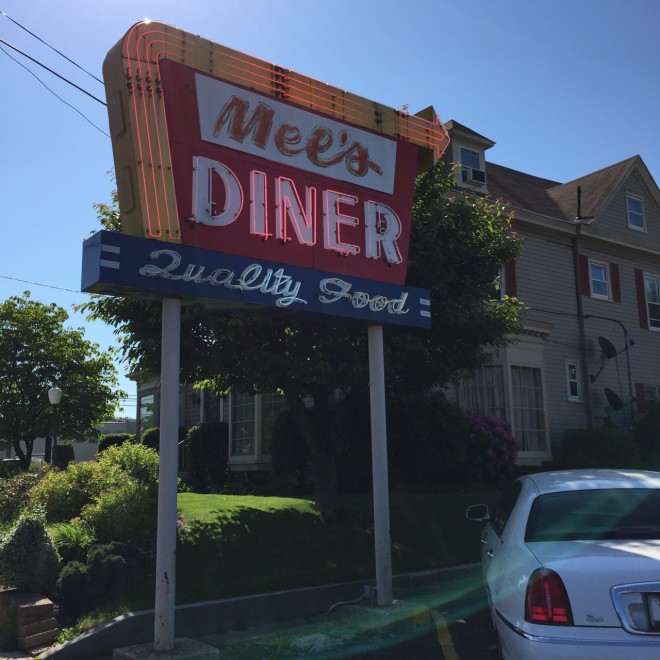 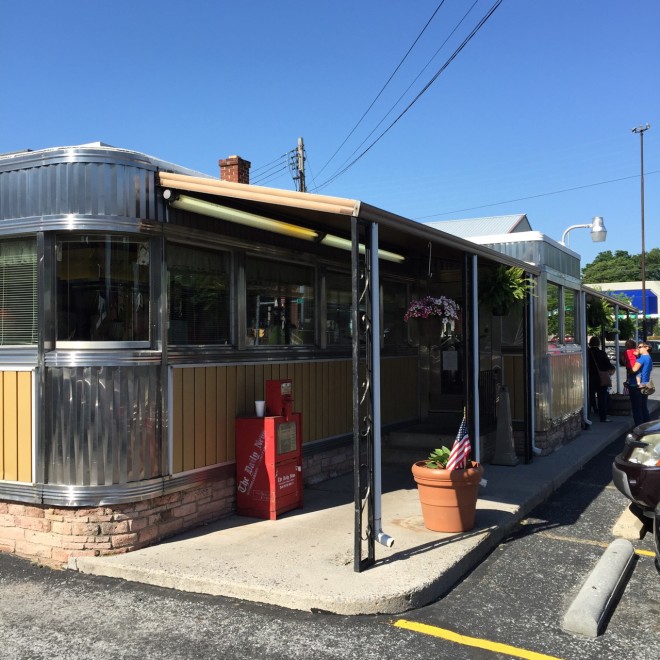 Once in a while a place comes along like Mel’s Diner. It’s the type of place every traveler hopes to find: small, crowded, filled with locals, and feeling like a little piece of home.

Mel’s Diner is probably one of the most common names for American diners, after the TV show Alice. Although I think more than one Mel’s Diner is truthfully named after a Mel. Judging by some of the photos on the wall here, I think a real Mel was or is involved. 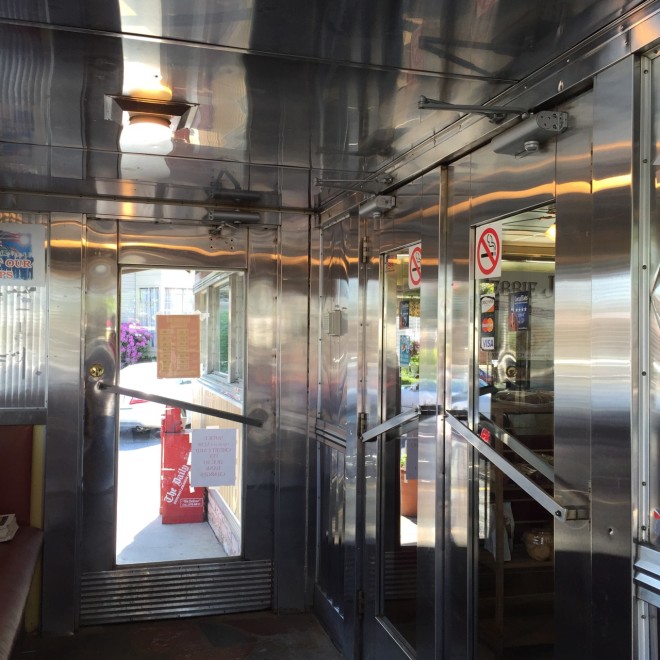 On our way out of eastern Pennsylvania, we were passing through Lebanon. We were actually headed to another restaurant when we passed Mel’s and did an awkward u-turn (read: Nick had to drive down a weird series of one-way streets) to pull into the parking lot. And I’m so glad we did. 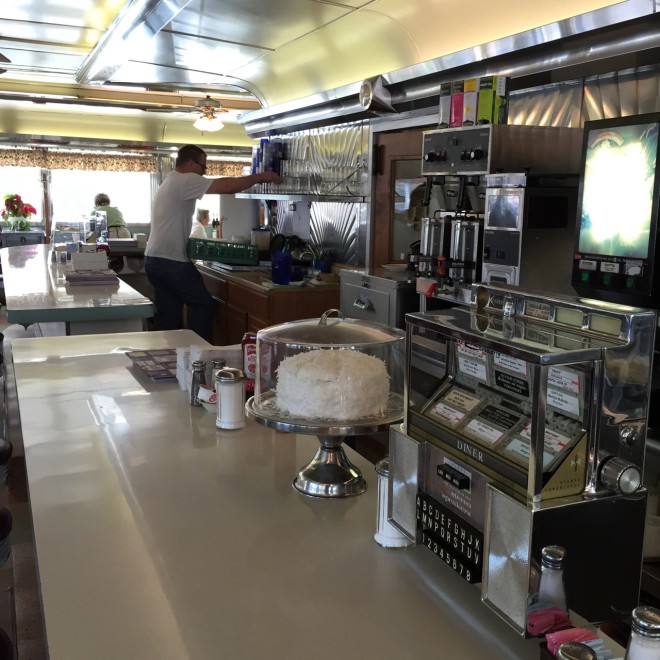 I don’t know how old Mel’s is. I don’t know if it’s an actual diner that’s been serving the community for 50 years, or if someone plunked down a pre-fab chrome-plated eatery a couple years ago, with the sassy waitresses already in place. Regardless, the place feels old. It feels cramped, like older buildings tend to. I found myself ducking my head most of the time, especially in the tiny entryway. 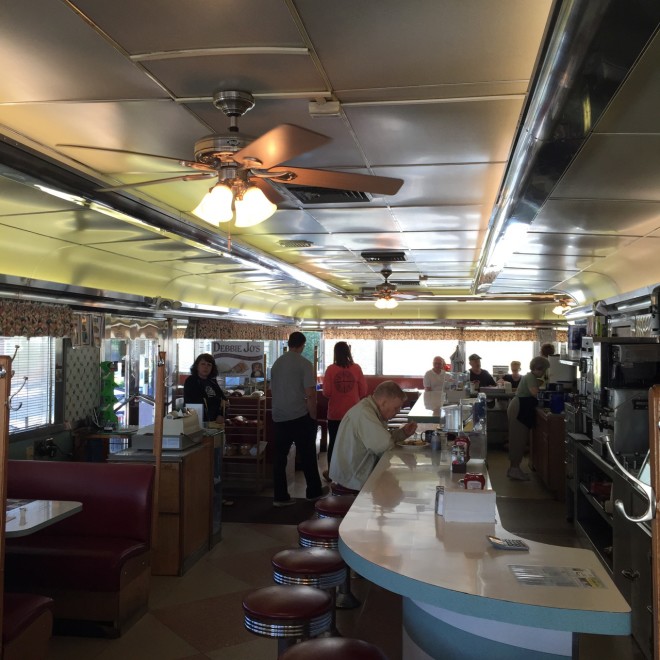 It also feels old because there’s the sense of it being long inhabited by regulars. You can see it in the conversations between the servers and the customers. In the first-name basis interactions. In the fact that customers tell you where the bathrooms are, not the servers. That type of connection doesn’t happen overnight. 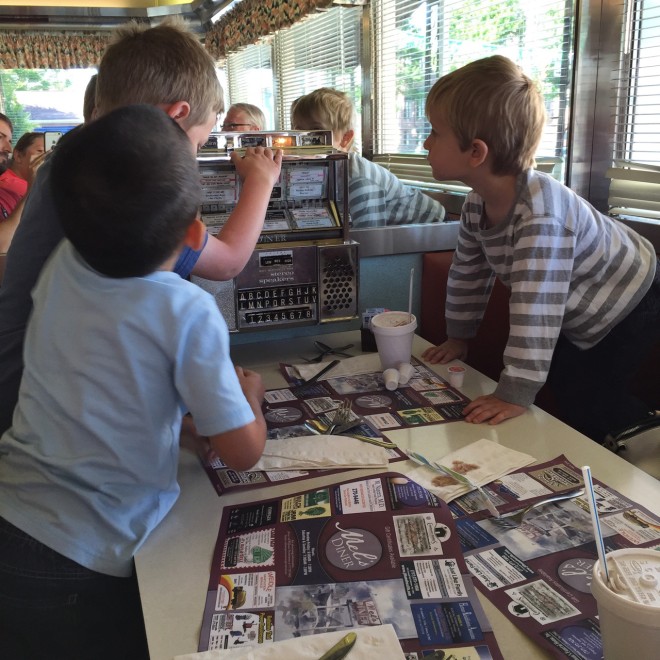 But even if the diner is relatively new, they play the part of the old diner very well. Every table has an old jukebox on it, which all the kids – two generations removed from this technology – struggled to figure out. 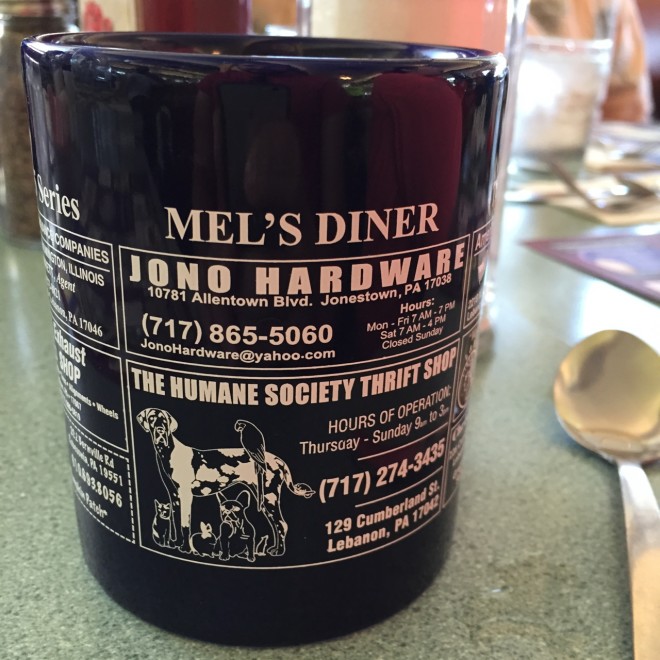 There’s also the sense of the greater community, told through the local ads on the menus and the mugs. 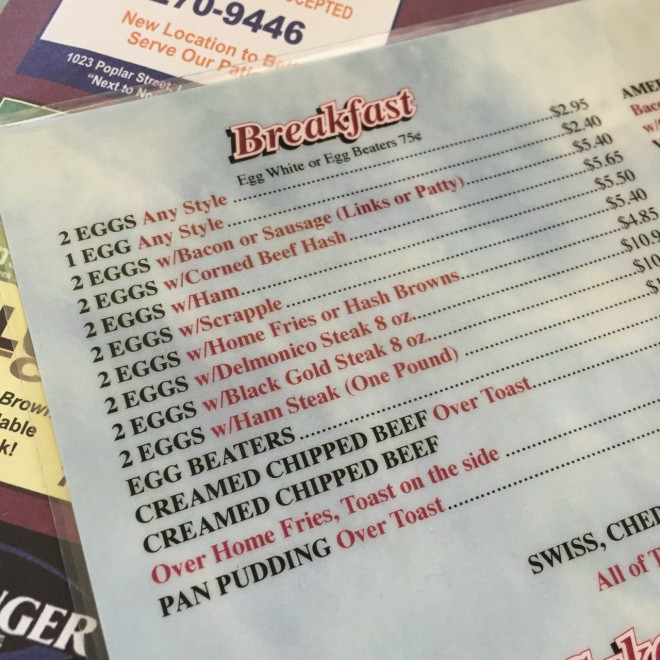 And then there’s the menu, packed with all the diner specialties but also boasting regional specialties. The type that regulars have eaten for years but out-of-towners might to do double take, or politely ask their server what the heck pan pudding and scrapple are. 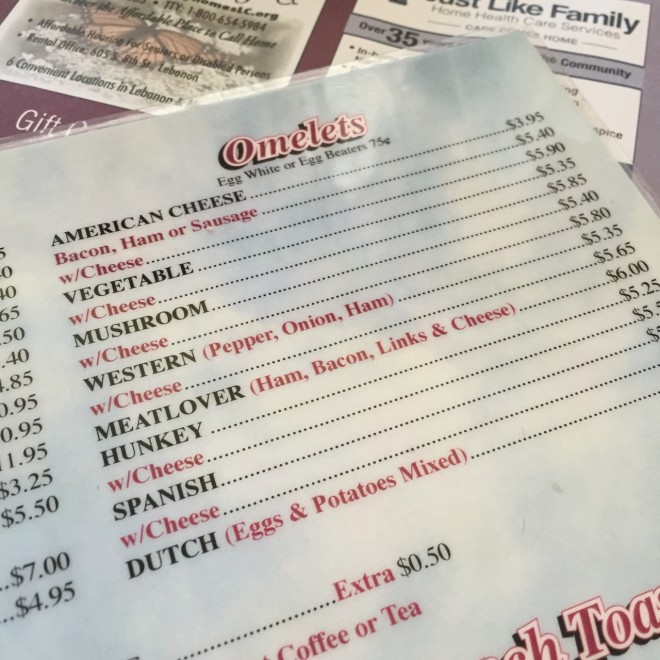 What you need to know, though, is that you’re in for some comfort food. Big plates of it. Comfort food, however, isn’t just about food. It’s about the company, too. 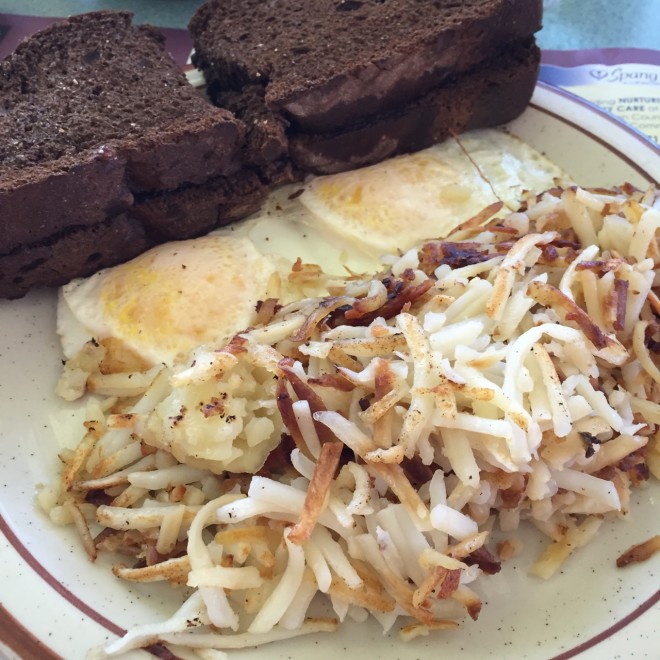 Was the food mind-blowingly amazing? No, certainly not. Was it all well done, portioned generously, and a pleasure to eat? Absolutely yes. Special points all around for toast with homemade bread, crispy hash browns, and really nailing some of the regional specialties. 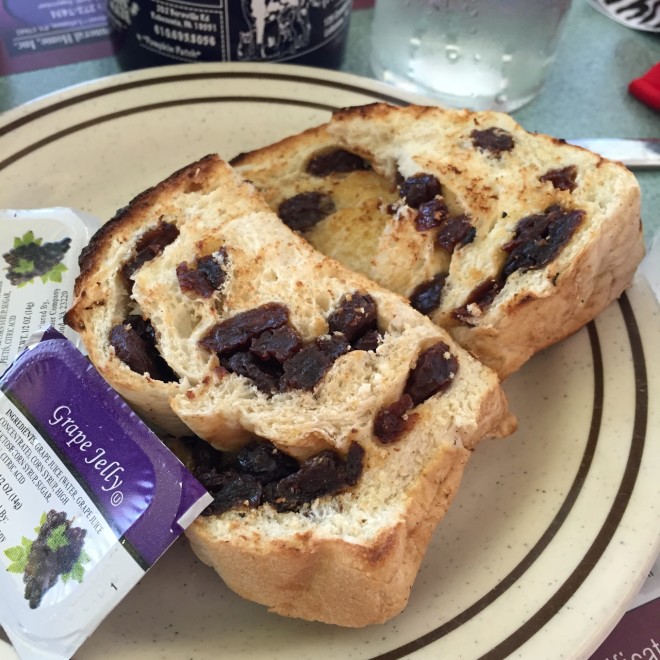 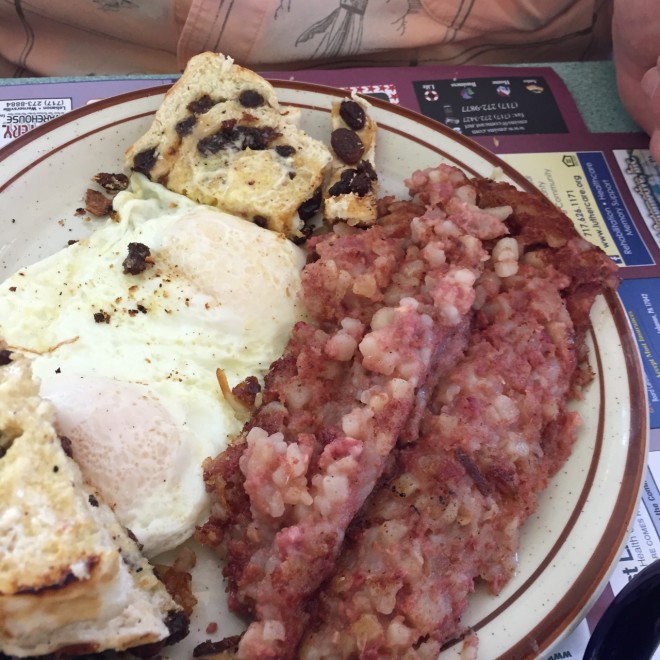 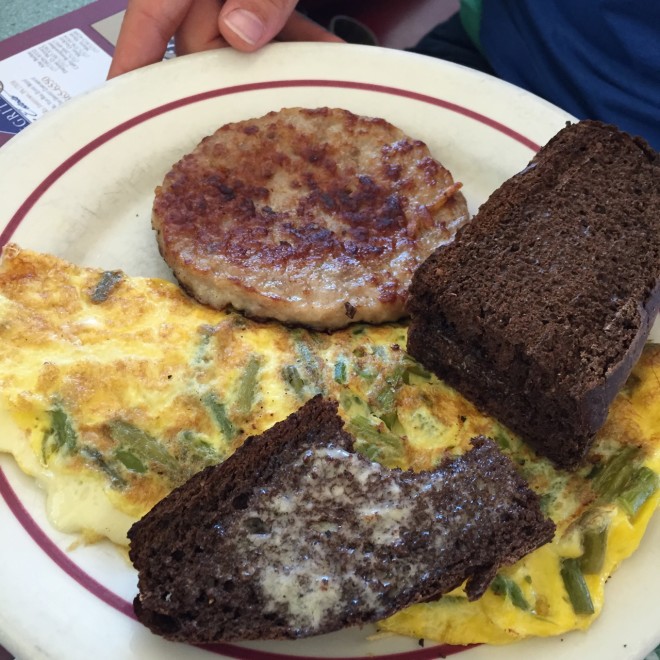 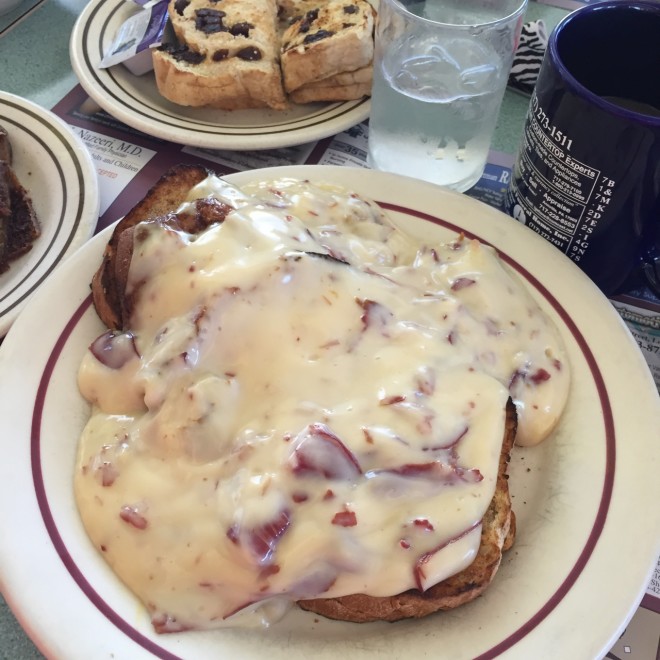 An in-house specialty: creamed chipped beef on toast (known by some as SOS). Rich, salty, creamy. I haven’t had many versions of this, but this is easily the best I’ve had. 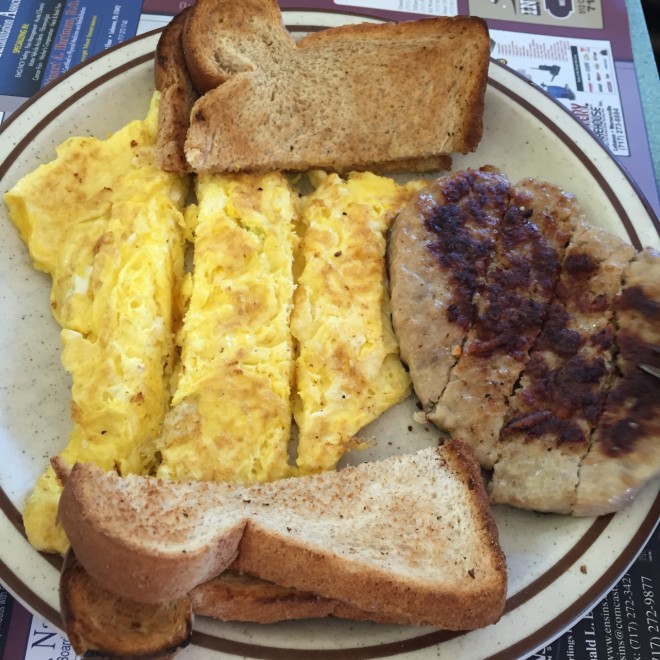 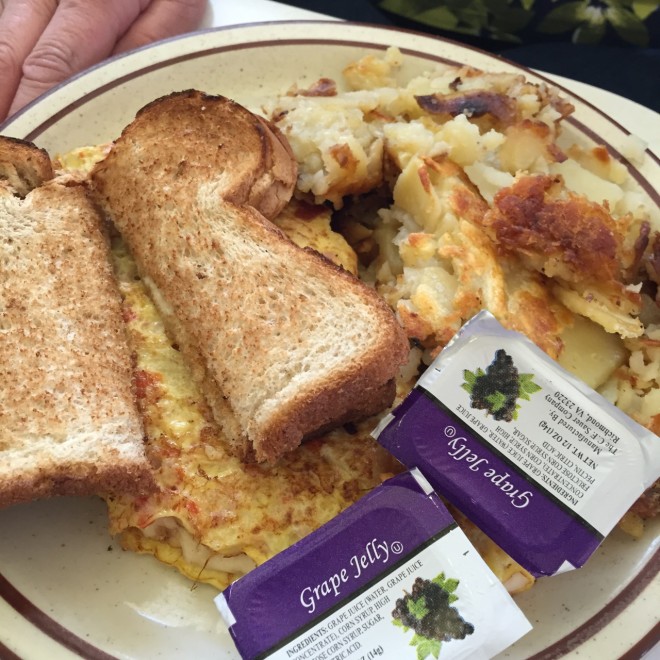 Another omelet with toast and home fries. 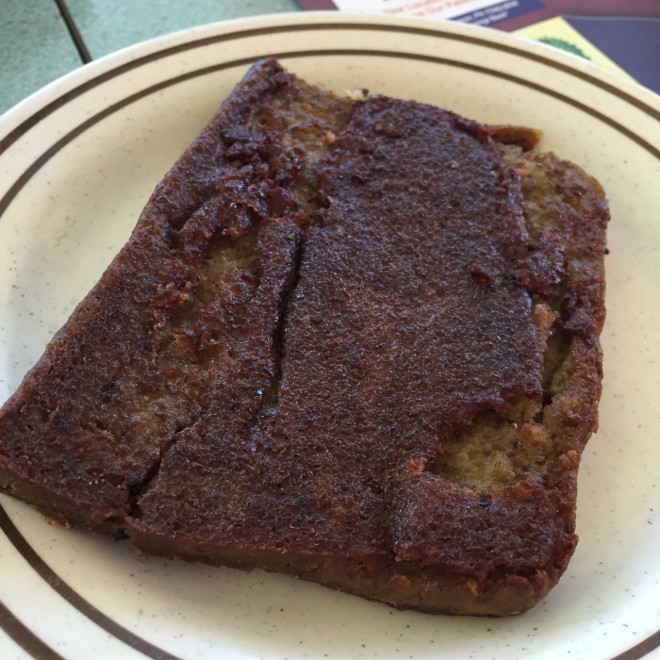 And of course, scrapple. (Meat scraps + cornmeal + spices + fried on the grill, in case you’re not familiar.) Mel’s serves up a very nice version. Crispy on the outside, soft on the inside. Well seasoned. 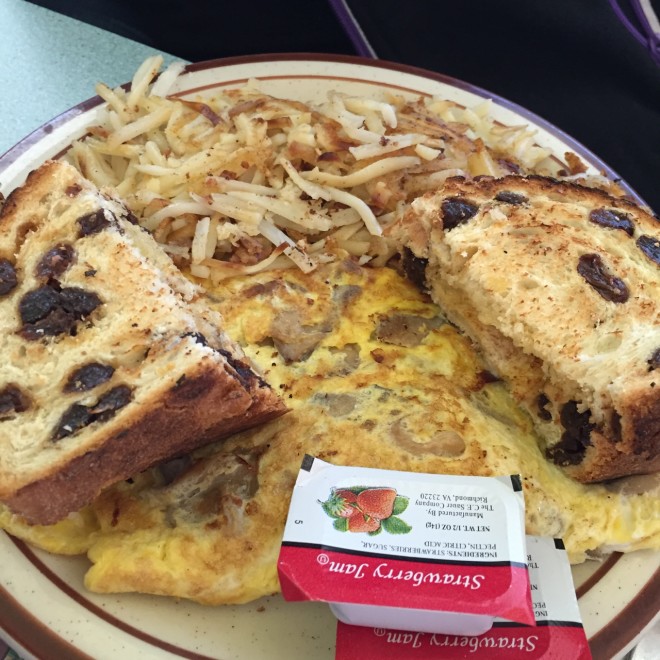 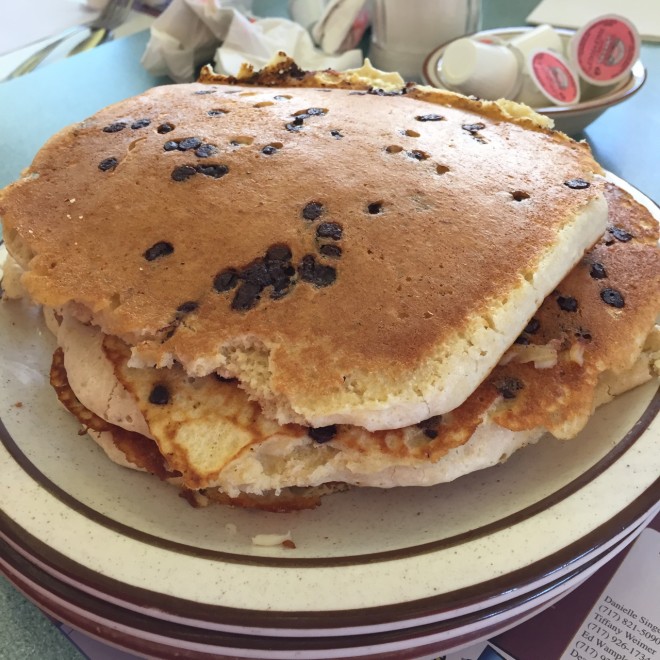 Oh, and did we mention giant chocolate chip pancakes? 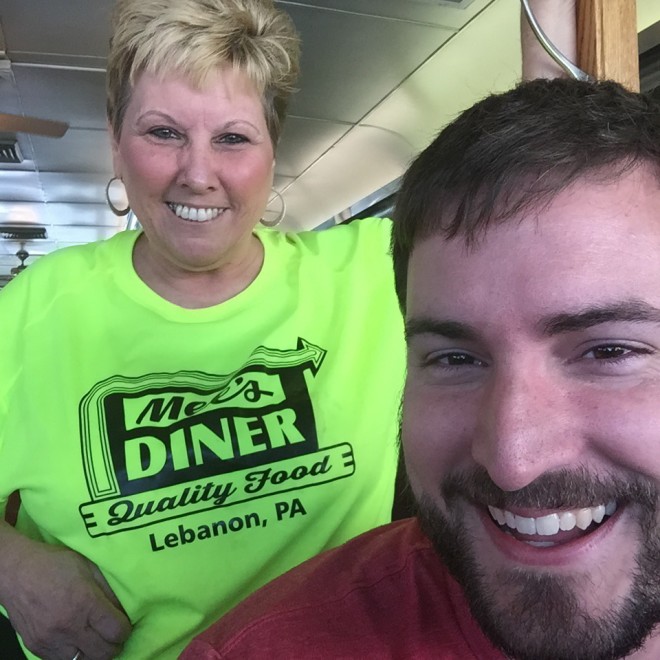 Mel’s Diner serves comfort food, and like I said, comfort food isn’t just about the food. It’s about the people involved – your fellow customers, your server, your friends and family gathered with you. A big part of the positive experience at Mel’s Diner was our server Dana. She was exactly what you’d expect of a diner like Mel’s: straightforward, funny, accommodating, and a good ambassador for the restaurant. She knows the place and she knows it well. Mel’s may be in the name, but when you step through the door, you’re also in Dana’s territory.

If you’re ever passing through Lebanon, stop at Mel’s. (Or if you’re passing through anywhere and find a similar place, please stop.). There aren’t enough places like this anymore.