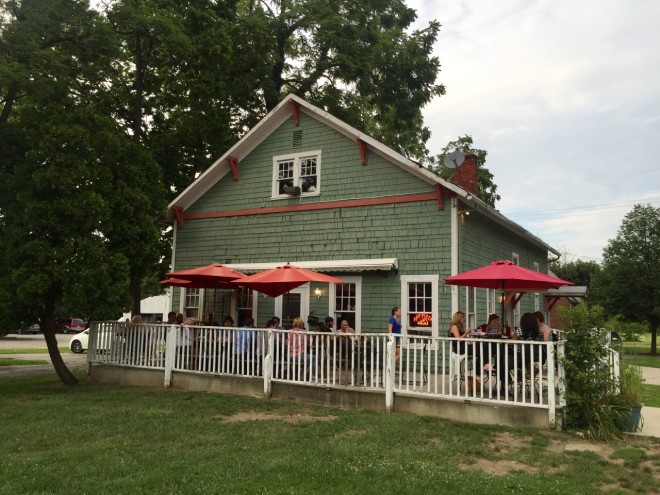 UPDATE: Tristano’s has closed, but they sold their Chicago deep dish recipe to Yellow Brick Pizza in Olde Towne Eat!

As summer has wound down (but it’s not over yet!), we’ve taken advantage of every free afternoon to go exploring, especially with the weather this nice. One Sunday we took the boys down to Darby Creek Park to go hike some trails and chase crawfish (or crayfish or crawdads; I think our part of Ohio calls them crawfish) in the creek. Post-exploration, we were famished, and thanks to CMH Gourmand’s guidance, Tristano’s Pizzeria has long been on my radar.

Look, I’m not going to get into the whole pizza argument here. I like that Columbus has a style (thin crust, edge-to-edge toppings, square cut – think Donato’s or Massey’s or Iacono’s). Sometimes I appreciate smaller pieces; you can try more pizzas, and the individual commitment per bite isn’t that big. I like New York style, too (thinner crust, crispy, traditional wedge slices – Natalie’s is a good example of the coal-fired New York style pizza). But I grew up in Michigan, a mere three-hour drive from Chicago, and while I only frequented the Windy City on an annual-ish basis growing up, I was always, always partial to deep dish Chicago-style pizza. So when CMH Gourmand says “here’s good Chicago style,” I know I’ll end up there eventually.

Okay, so maybe I was going to get into the pizza argument… 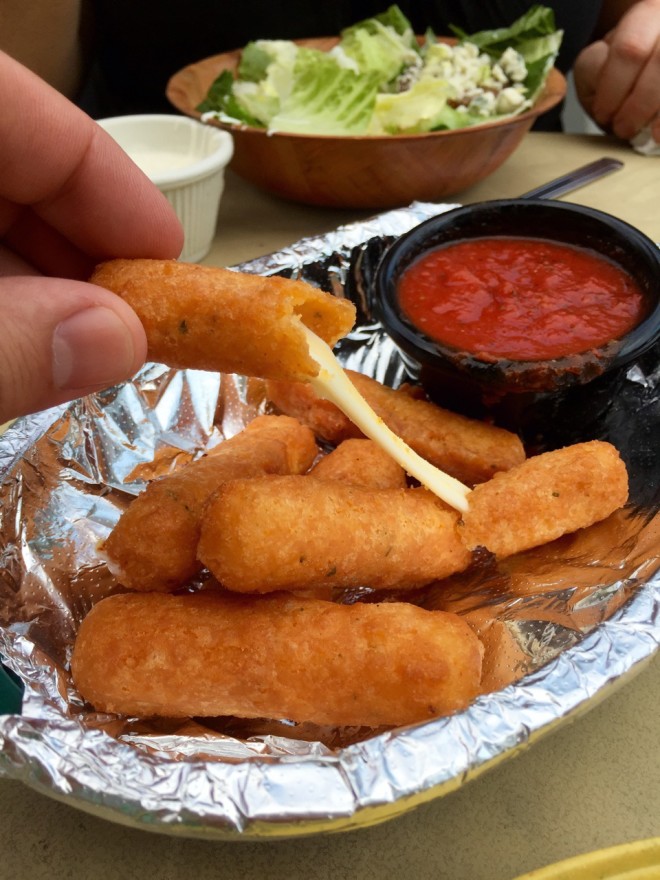 Suffice it to say: we ate at Tristano’s. It’s a funny little house with green wooden siding, down Columbus Street in and amongst other residences. It’s showing a little wear – cobwebs in the corner, some peeling paint, but sometimes that adds character, and given the crowded front patio, Grove City is looking for some character.

We sat outside at a rickety table and worked our way through appetizers like mozzarella sticks with a really great marinara sauce. 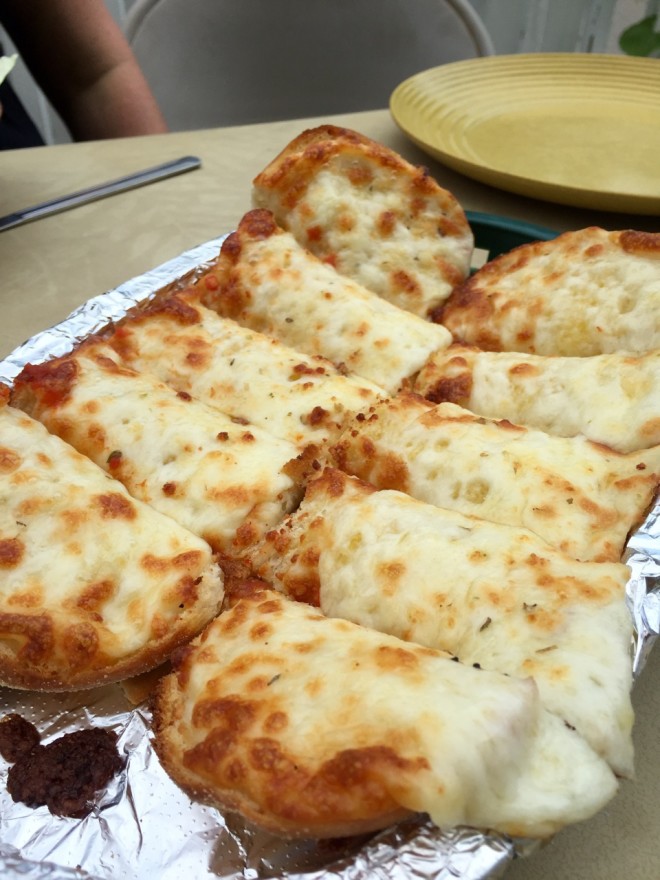 Also cheesy bread, which was surprisingly not greasy. 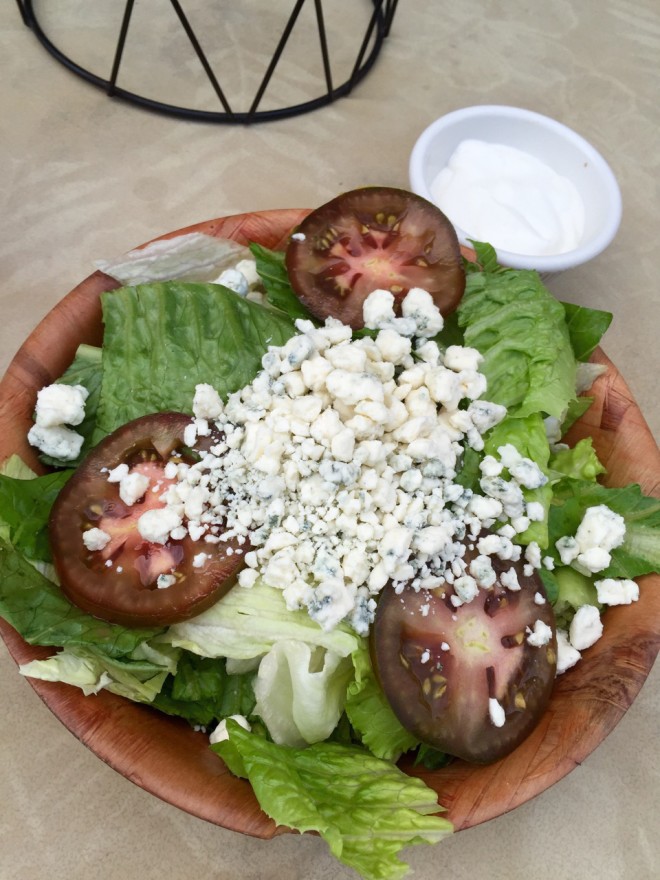 A simple salad with some beautiful tomatoes. 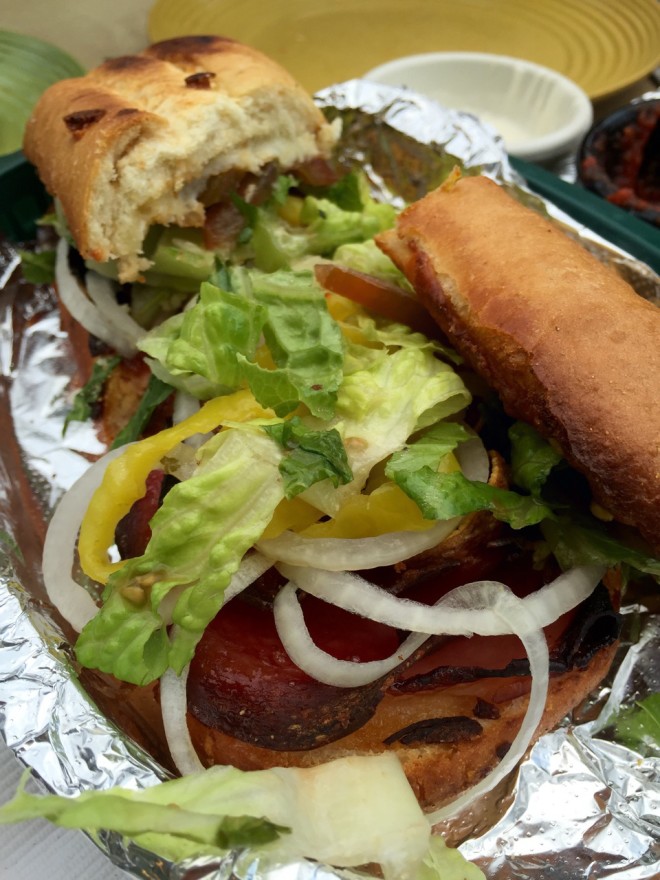 It seems that Tristano’s is also known for their subs. They were all out of their signature Italian beef, but we enjoyed this one all the same. 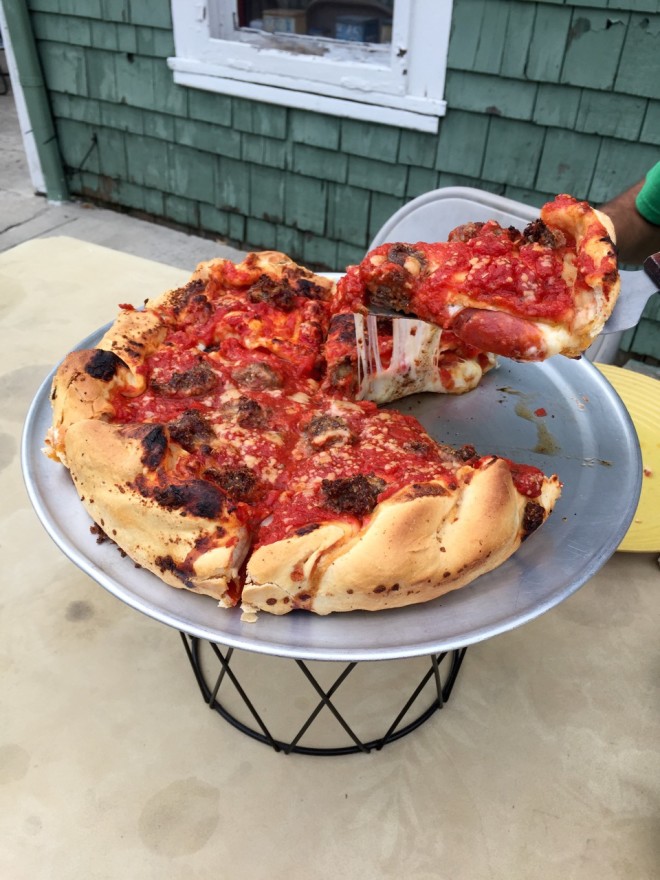 And then the pizza. We ordered one with sausage and pepperoni. It wasn’t the deepest of the deep dishes, but it more than satisfied my craving for Chicago style.

The only downside was sloppy service. One harried server was left to handle the entire restaurant, so the food took longer than expected to arrive, and it often took a few tries to get her attention.

Regardless, I really dug the deep dish. Wherever you stand on the whole pizza debate, I’d say don’t make up your mind until you’ve visited Tristano’s.

Filed Under: Beyond
Tagged With: beyond breakfast, Chicago-style, Grove City, Ohio, pizza