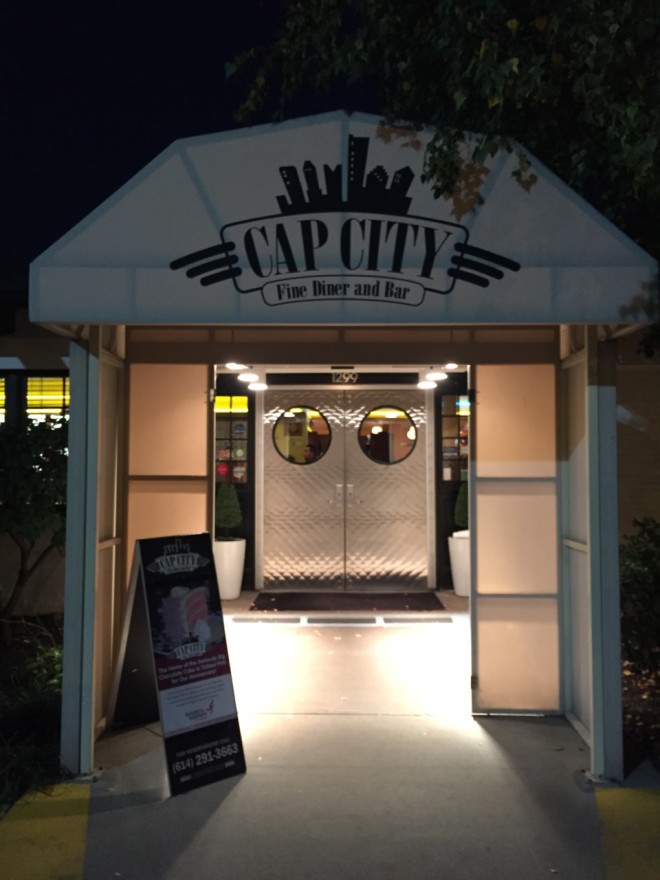 Cap City Fine Diner is celebrating its 20th anniversary this year. Twenty years is a long time for any restaurant, and Cap City keeps rocking and rolling after all that time. 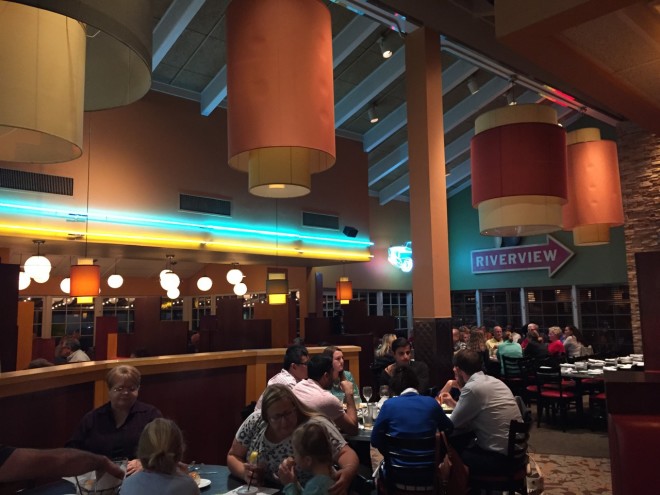 As the name indicates, Cap City is like an upscale diner. They feature all the comfort food classics you’d expect from one of those chrome-plated roadside eateries, but in artful presentations and with adult beverages to boot.

We were invited to stop by Cap City – honestly, it’s been a while since we’ve visited – to help spread the word about their twentieth anniversary. If you’ve never been, or if like us you haven’t been in a long time, here’s what you’re missing! 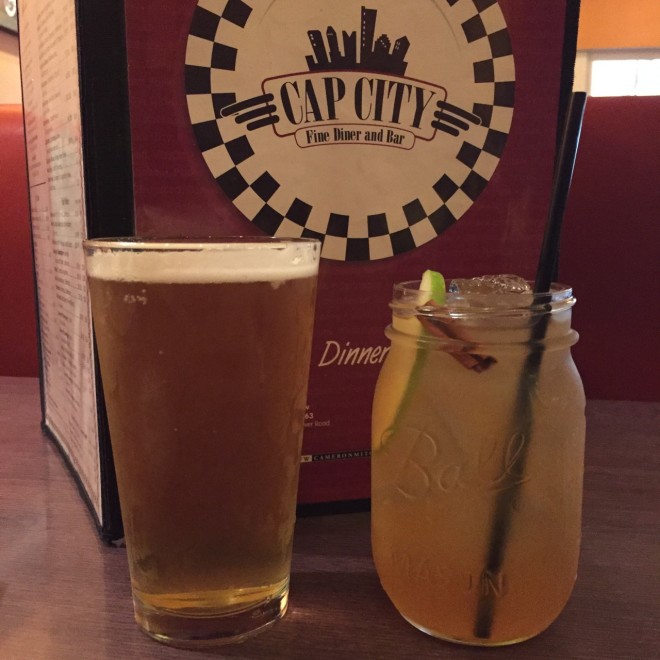 While the kiddos enjoyed some chocolate milk, the adults had their own treats. I found Four String Brewing’s Payback Pilsner on tap, and Mrs. Breakfast With Nick chose a seasonal bourbon apple punch with Bulleit rye, apple cider, spices, and lemon. 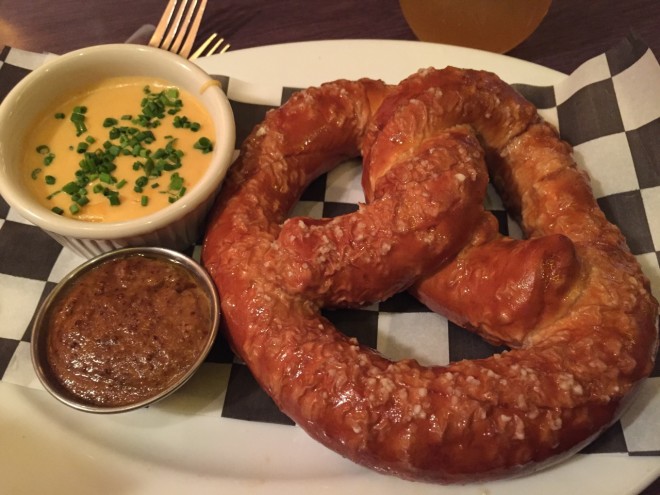 We started out with a warm pretzel. It comes with a beer cheese dipping sauce and a dark honey mustard. 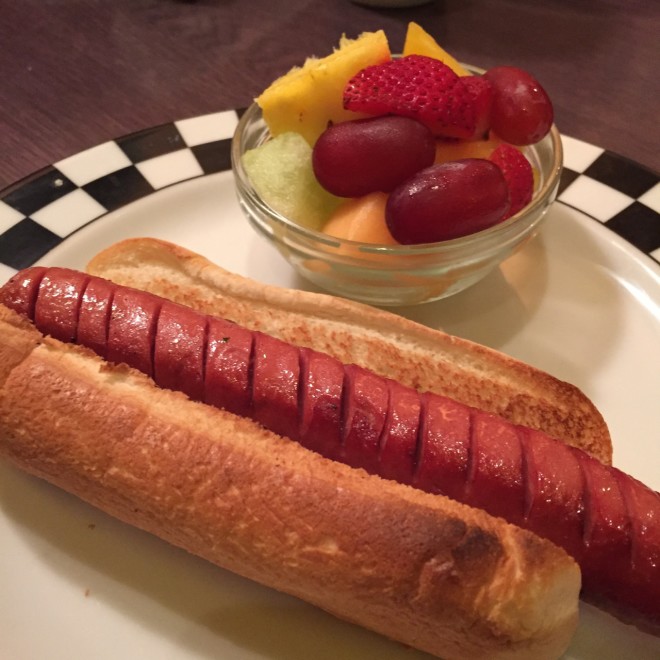 I’ve noticed by and large that Cameron Mitchell restaurants excel at kid’s menus. Cap City’s menu aims at Little Cappers (12 and under) with standards like hot dogs, grilled cheese, butter noodles, etc., and at Big Cappers (young adults) with fish & chips, meatloaf, grilled salmon, etc. Both of our boys kept it simple with hot dogs. The dogs arrived sliced and grilled, and with sides of fruit. 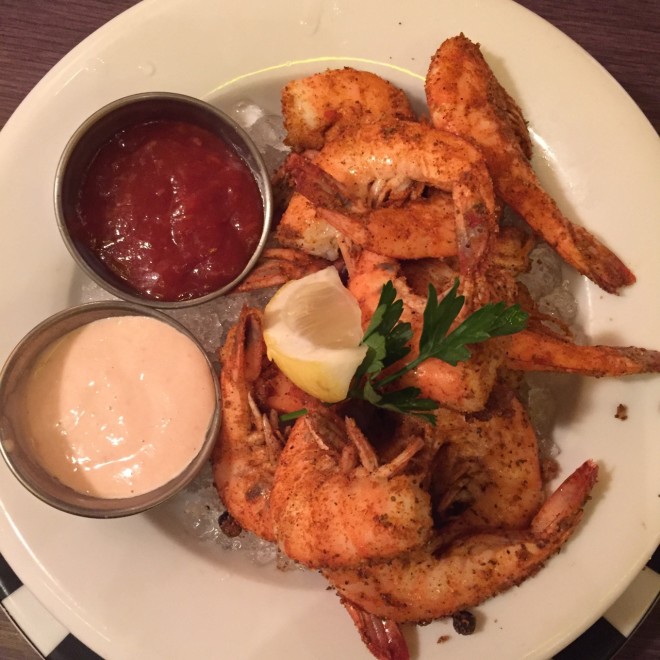 We also kicked things off with a half pound of Old Bay peel-and-eat shrimp. They were plump and well-seasoned. 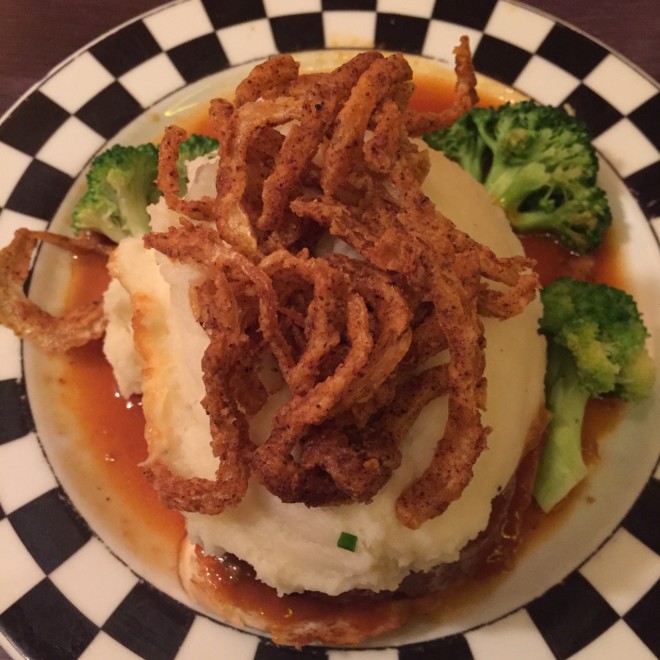 Even before we visited, I knew I was going to order the meatloaf. It’s one of Cap City’s signature dishes, and I had never had it. A thick slice of meatloaf gets served on a slice of bread and topped with butter chive mashed potatoes, crispy onion rings, and a sweet BBQ sauce. 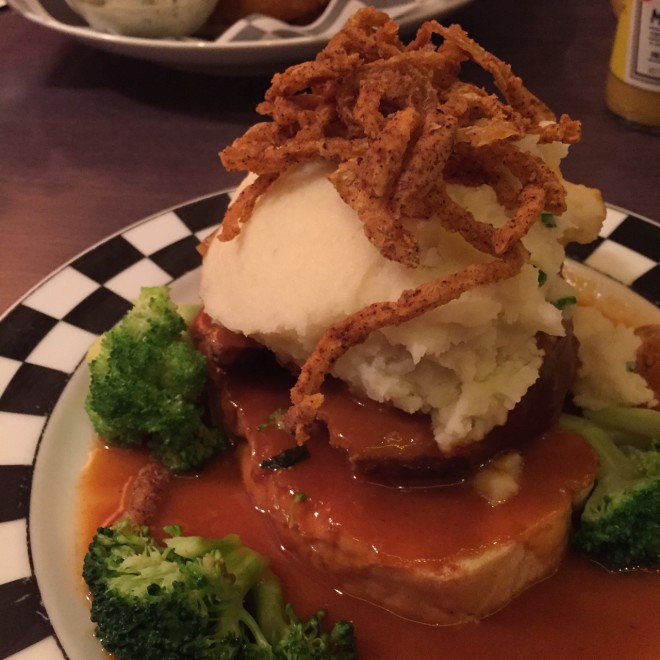 It’s a true meat-and-potatoes dish, and it’s easy to see why it’s become a favorite over twenty years. It epitomizes the comfort food you’re supposed to find at classic diners: it’s simple and easy to like. 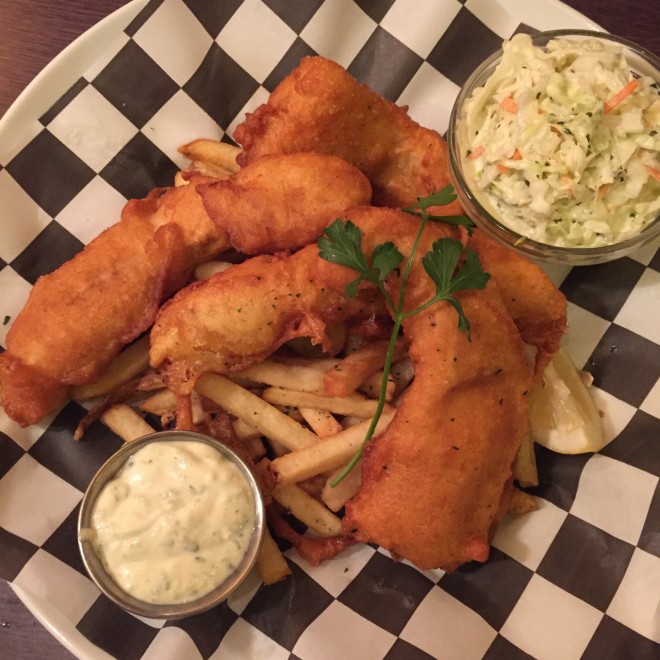 Same with the fish and chips. Simple, but satisfying. 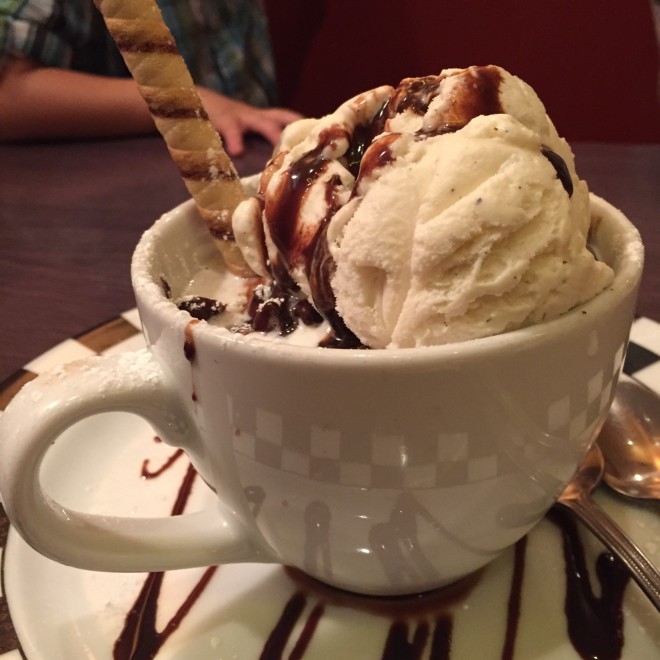 Even though we were pretty stuffed, it’s hard to keep a 4- and 7-year-old at bay when your server starts describing everything. They split the Big Cup O’ Chocolate, a mug of chocolate lava cake topped with Johnson’s triple vanilla ice cream. 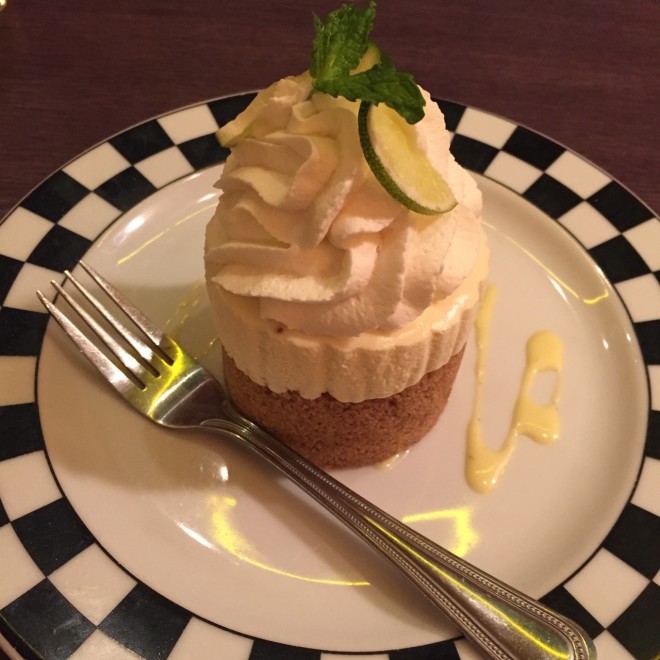 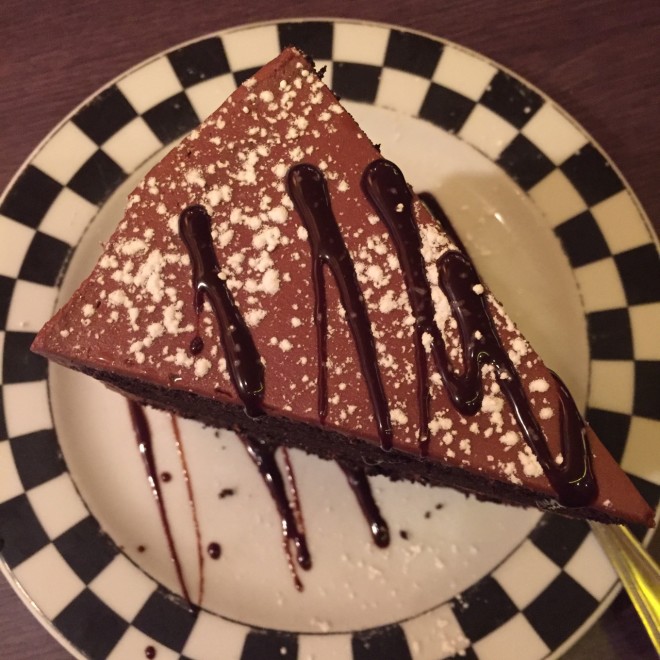 And a slice of the Seriously Big Chocolate Cake. Oh, I’m sorry, does that slice of cake look small? 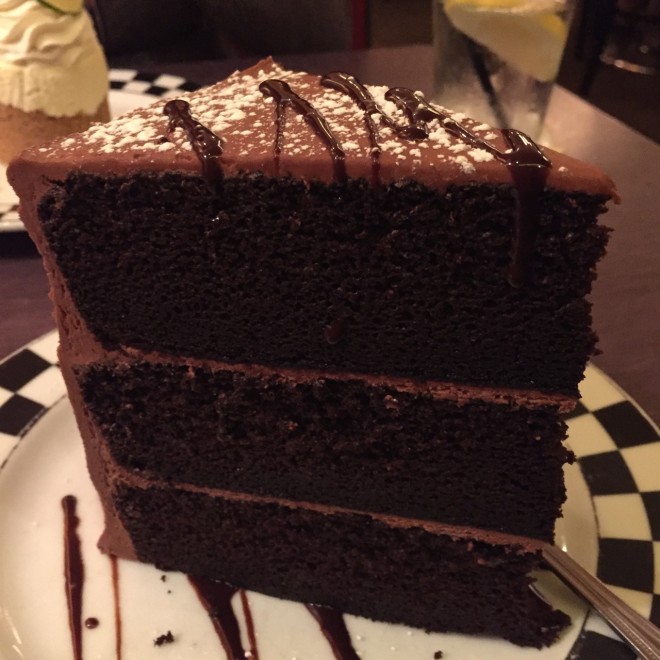 Try this. (Yes, we most definitely had leftovers.) 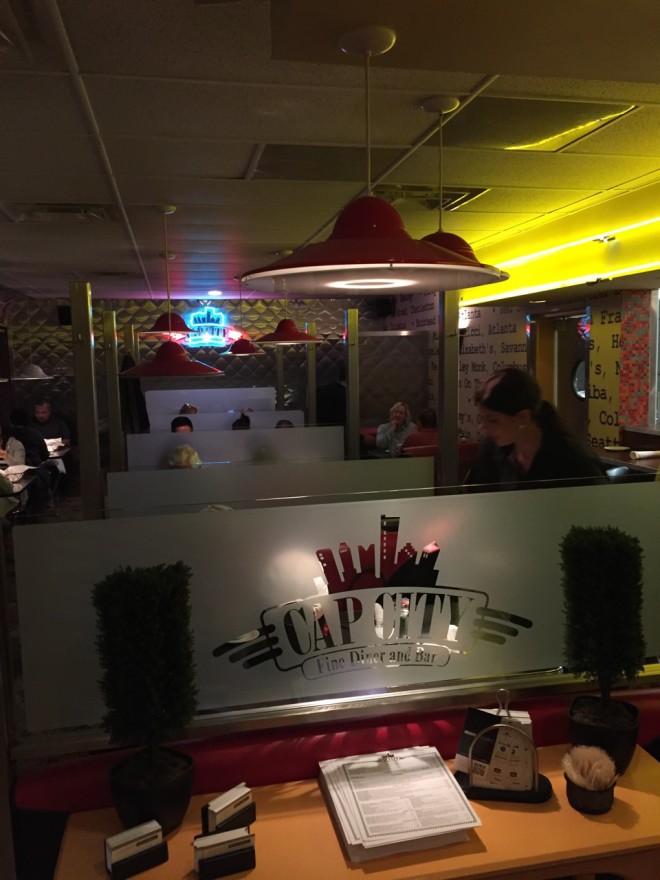 Cap City features several dining rooms and a bar, but if you want the full diner experience, you can also request seating in a booth up front. Great spot for lunch! 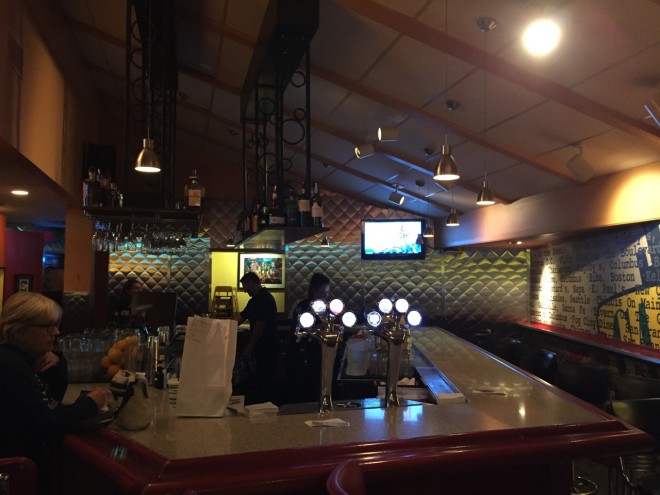 (Disclaimer: this meal was provided by Cameron Mitchell Restaurants. Photos and opinions are my own.)

Filed Under: Beyond
Tagged With: Beyond, diner, fish and chips, Gahanna, Grandview, meatloaf, shrimp