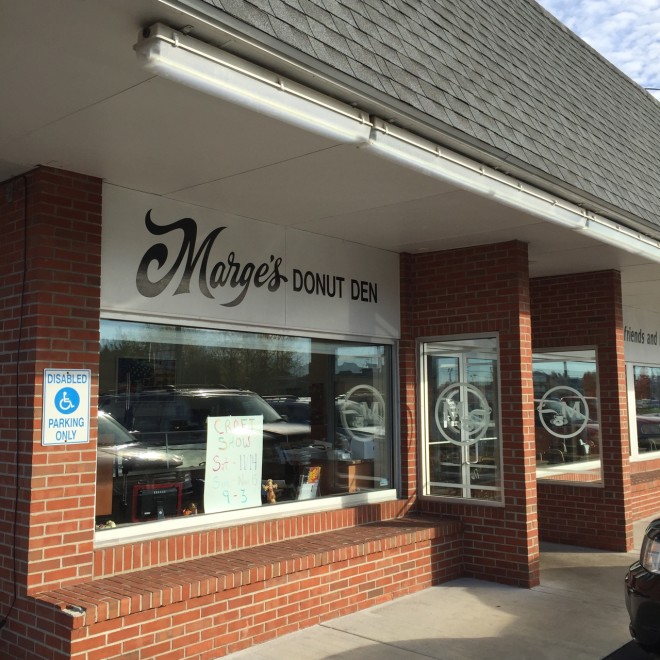 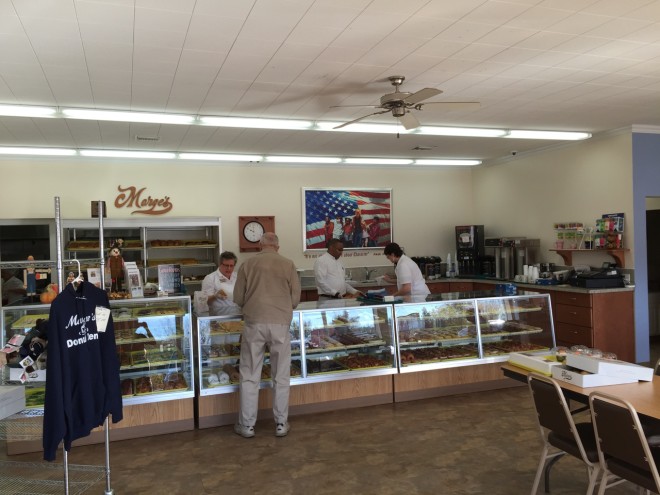 Marge’s is where I learned to love old school donuts. It’s a Grand Rapids classic, where things haven’t changed much since 1975. We stopped by there from time to time when I was a kid. I visited in high school. I went there in college. (Including one time in college when I visited Marge’s TWICE in one night. That was considered wild for me.) 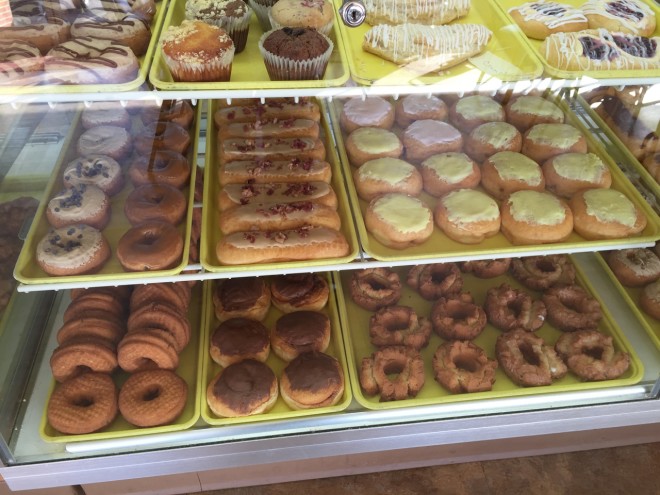 Marge’s – which is actually run by Marge and her husband – has all the markers of the old school donut joint: classic cake and yeast donut styles, giant yellow trays, huge display cases, that all-too-familiar bakery smell. 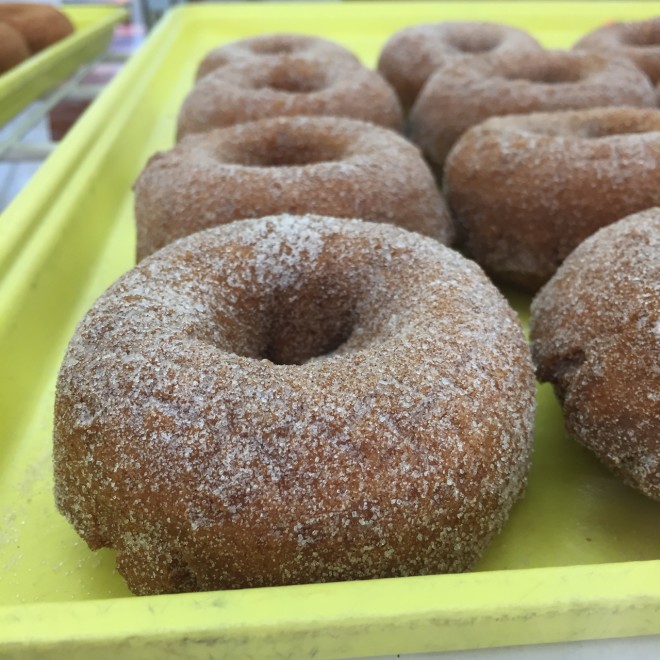 There’s not a bad donut in the bunch. The cake donuts with cinnamon and sugar bring back memories for me. 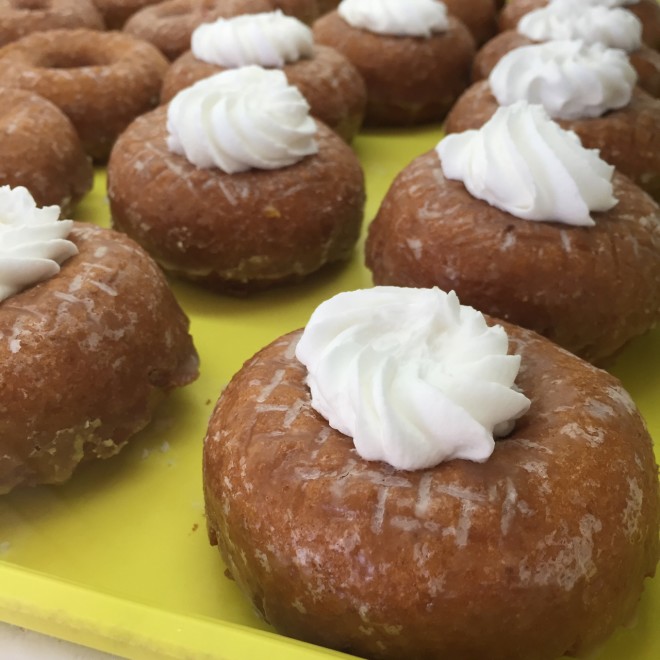 Pumpkin donuts with a dab of frosting. 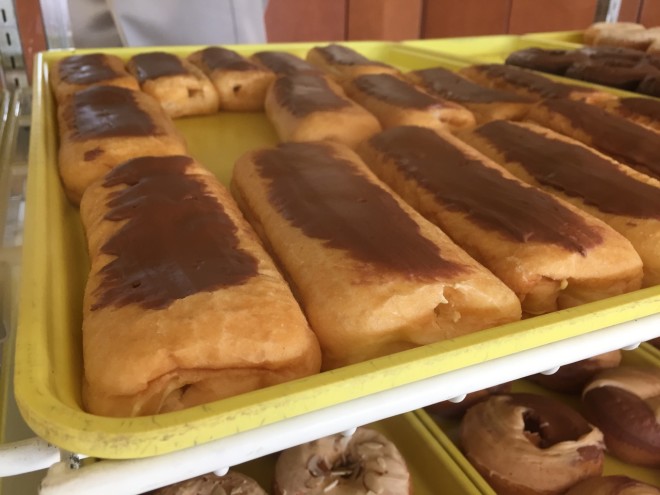 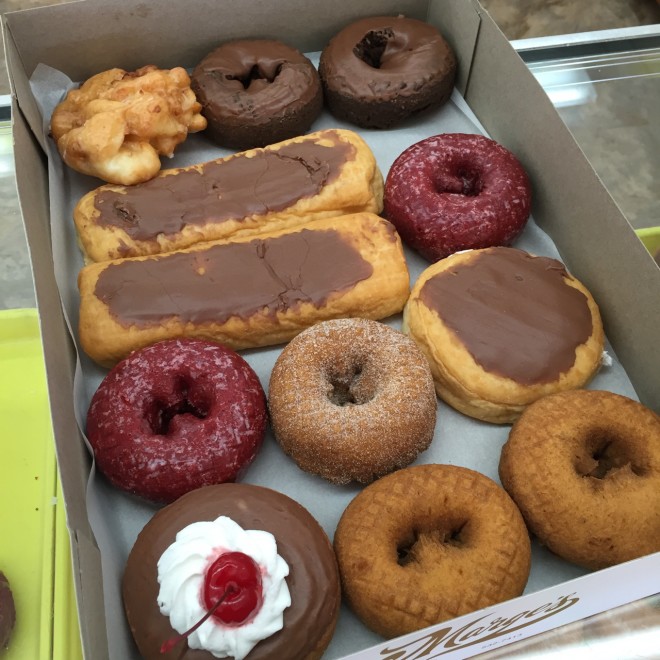 We mixed it up with a dozen. 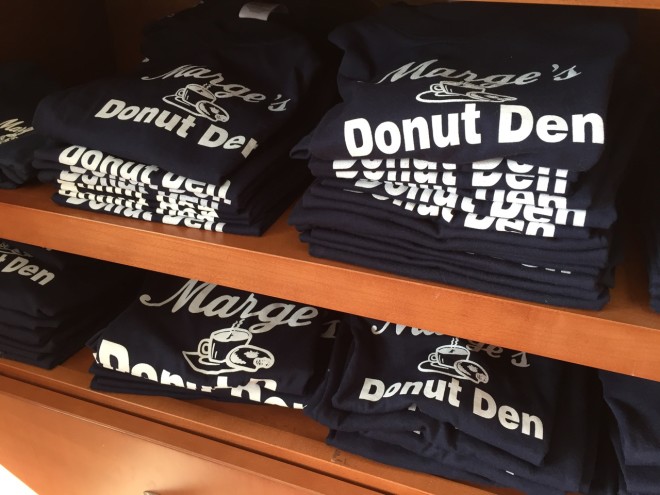 The other thing that stood out to me, after my first visit in years: Marge’s has THE nicest service. The gentleman who took care of us was over-the-top helpful, suggesting flavors and carefully arranging the donuts in the box one-by-one.