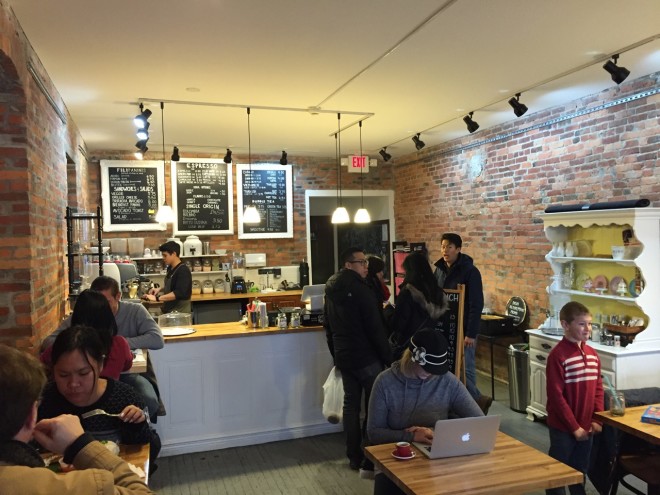 You might recall that last year I wrote about the breakfast at Red Velvet Cafe downtown. Last month I was sent to review their new Filipino weekend brunch for the Dispatch (you can read all about it here!), and I wanted to share more of our thoughts and photos from the visit. 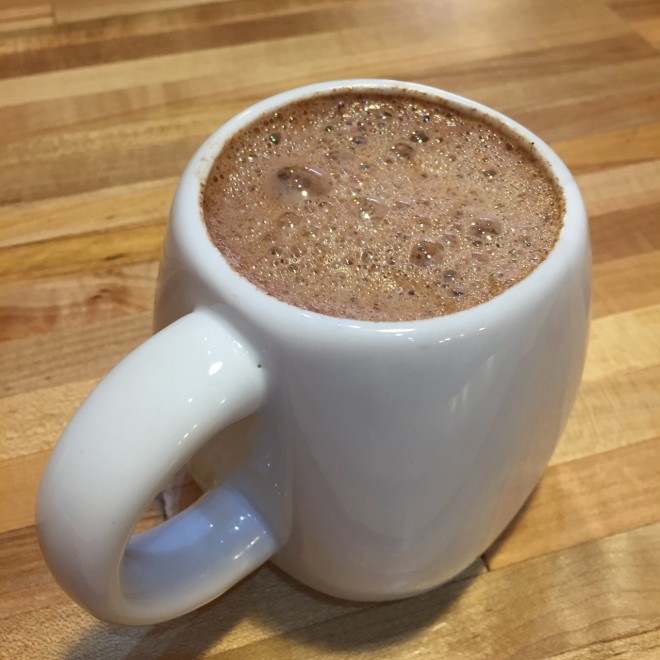 Red Velvet is known first and foremost for their cupcakes and coffee. While they were out of cupcakes that day (or maybe they don’t serve them on Sunday – I’m not sure), the coffee shop aspect is up and running, with espresso drinks, international styles of coffee, and Filipino hot chocolate. 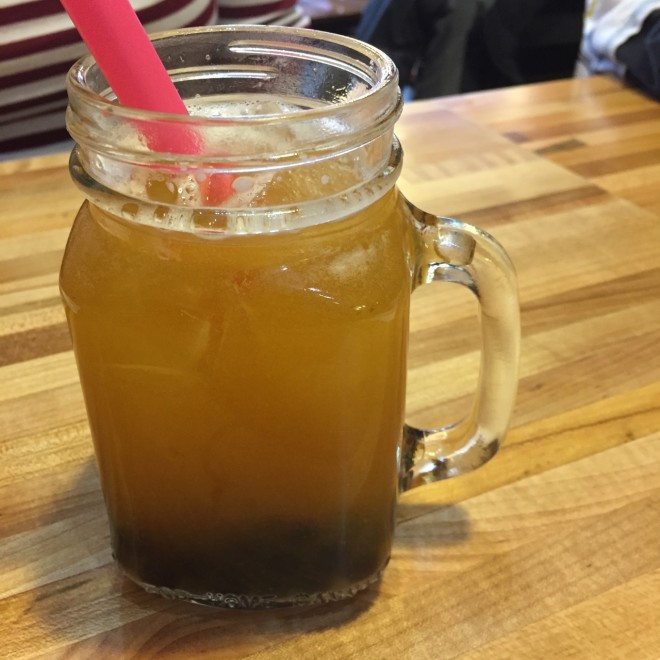 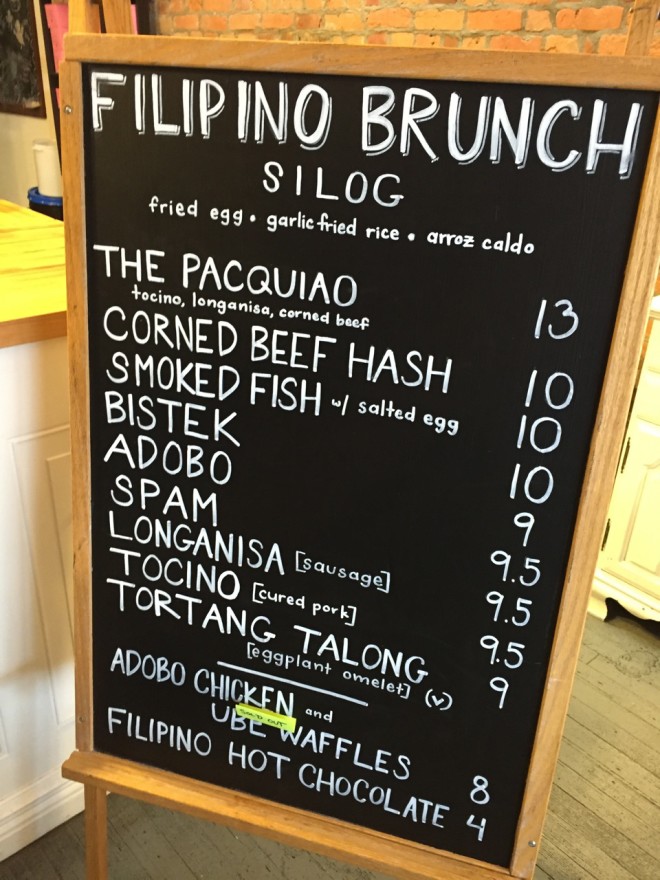 The brunch menu mainly focuses on silog, a dish that features arroz caldo (or congee), garlic fried rice, a fried egg, and a selection of meat. There’s also an eggplant omelet and adobe chicken with ube (a purple yam) waffles. I was bummed the chicken and waffles were sold out by the time we got there (early afternoon), but I guess that means we’ll have to visit again! For the meat-eaters, the silog selections range from ham, spam, pork, beef, and smoked fish. If you have questions about the menu items, be sure to ask. 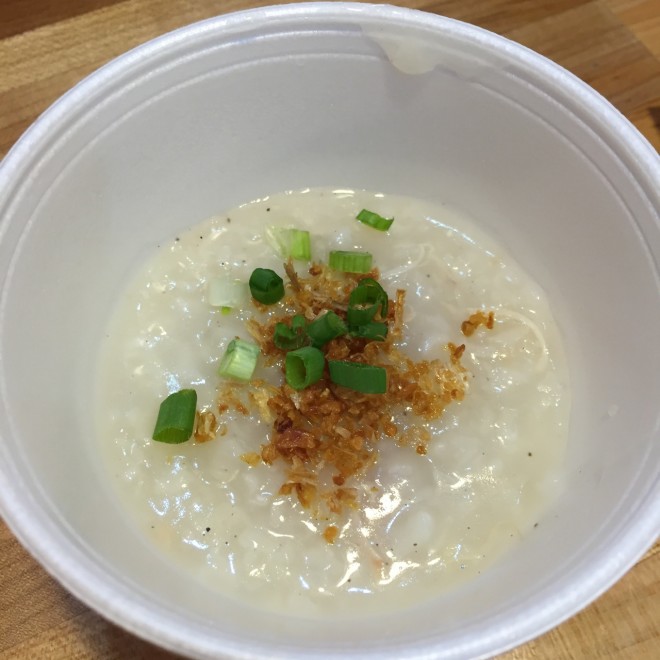 Once we ordered at the counter, we took a number and sat down at a table. The cafe space isn’t huge, and it was at least three quarters full when we visited. A server first brought us styrofoam cups of the arroz caldo (which she called congee when she set it down). It’s a savory rice porridge with shreds of chicken. Think of it like a rice-heavy chicken soup. 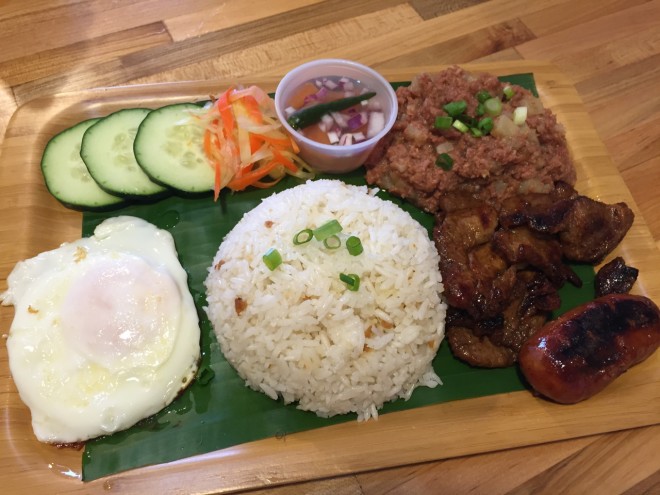 And then the platters of silog began to arrive. We ordered three different ones: the Pacquiao (which I believe has since been renamed, after its namesake Filipino boxer made some less than savory comments), the bistek, and the corned beef hash. The Pacquiao is like a meat sampler, with the corned beef hash, the tocino cured pork, and the longanisa sausage. 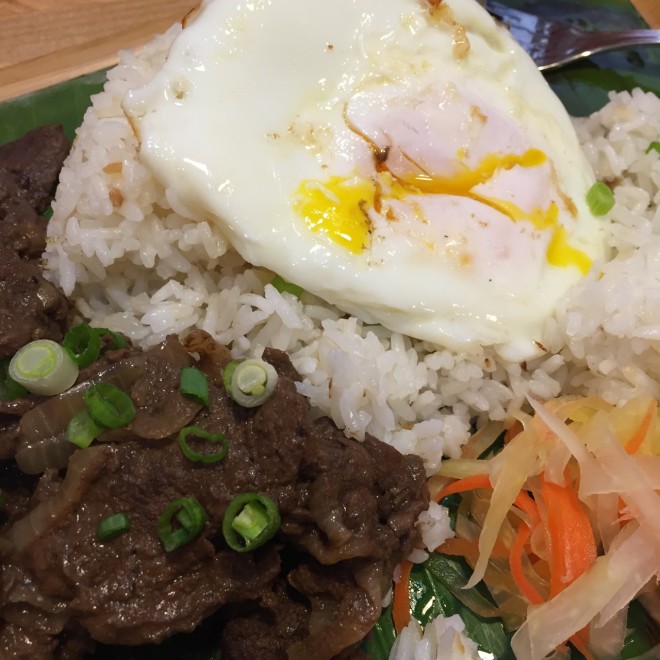 Every dish comes with a slightly runny fried egg, wonderful garlic rice, and some pickled vegetables. It’s good to mix it all together. 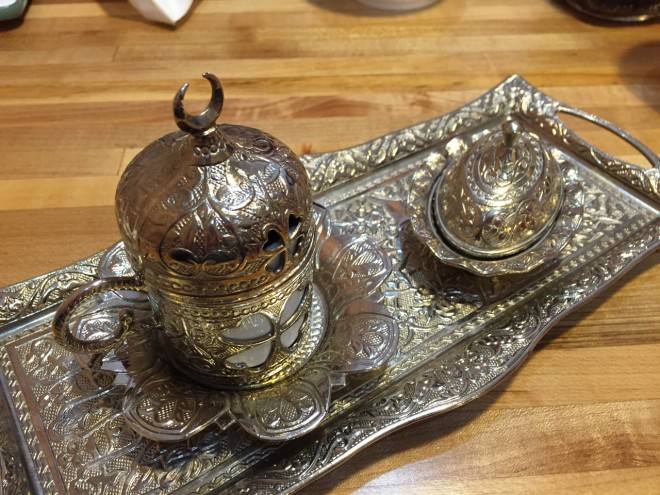 While you’re enjoying your brunch, be sure to try some of the coffee. They have brewed coffee and espresso, if that’s your thing, but you can also branch out to try sweet Vietnamese iced coffee or a strong and bitter Turkish coffee. Think of it as a shot of espresso on steroids; the coffee is very finely ground, so there’s a sludge at the bottom (don’t let that turn you off). It’s served with a bite of Turkish delight, which was perfect because we had been reading The Lion, The Witch, & The Wardrobe to our boys. 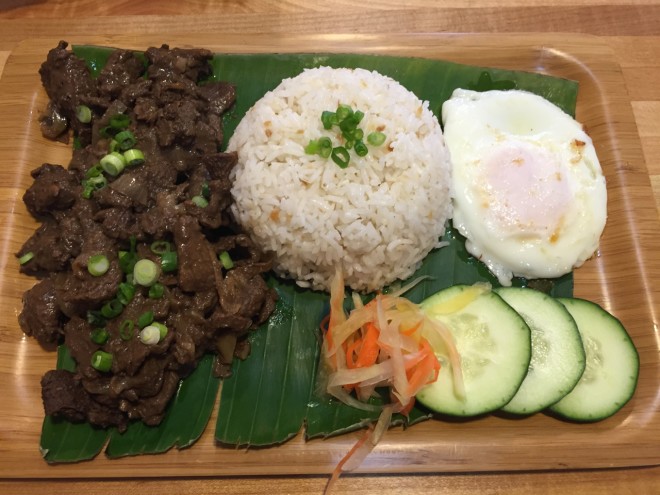 Back to the breakfast. Our favorite meats were the bistek, the tender steak preparation seen above, and the longanisa sausage. Both were very nicely done – very juicy and well seasoned. 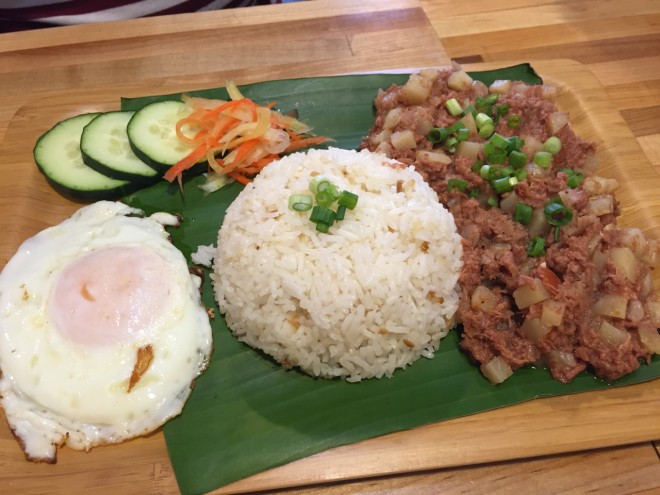 The corned beef hash was good as well. It’s prepped in house, not out of a can (sacrilege!), but it’s not served crispy like most corned beef hashes. It’s also seasoned much sweeter than I’ve had before. Still quite good, just different than what you might expect.

Get yourself to Red Velvet for brunch! They’re filling a really interesting niche, and some of those meats – especially that sausage – has me wanting to return soon.

This meal was covered by the Dispatch as part of a review. Photos and opinions here are my own.