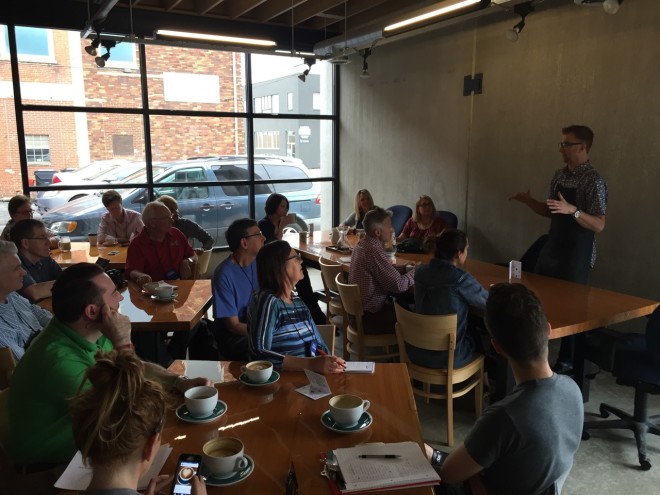 Last week Columbus – and specifically Experience Columbus – hosted the annual meeting of the Midwest Travel Writers Association. The members visited our city for five days and were shown everything from our arts and culture to our parks to fashion and yes, our food and drink scene. I had the pleasure of accompanying a couple of the tours, getting to meet many of the writers and help show off our city. For the first day, I pitched in on a tour that featured – poor me – coffee and beer. Our first stop took us to the Roosevelt Coffeehouse, where founder Kenny Sipes shared his story and their mission to do good. 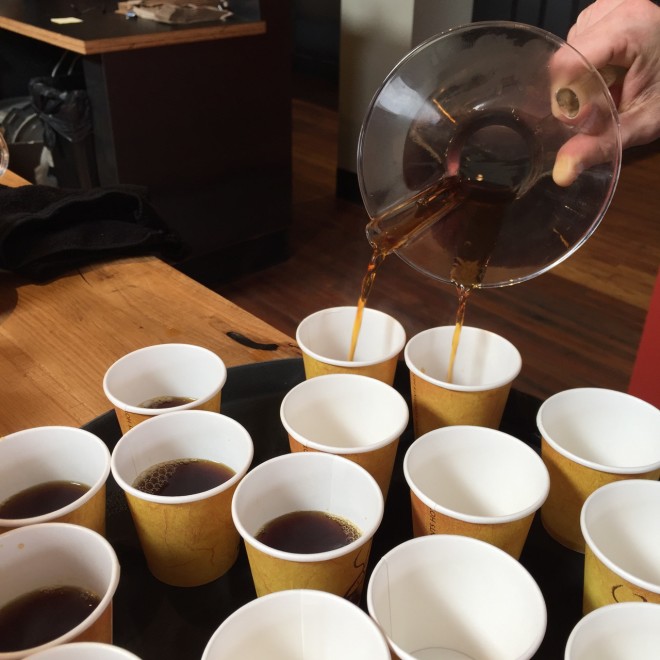 Stop #2 took us across the street to the new Brioso Roastery & Coffee Bar, where owner and roastmaster Jeff Davis took us through a tasting of three coffees. 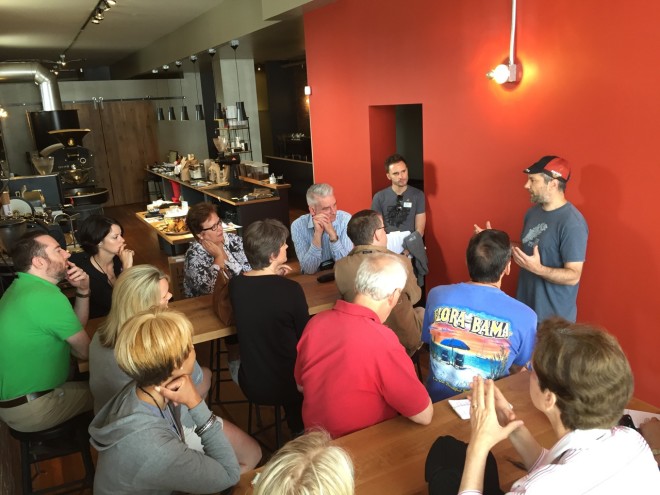 Each coffee Jeff showcased was processed in different ways, from honey process to natural to washed. 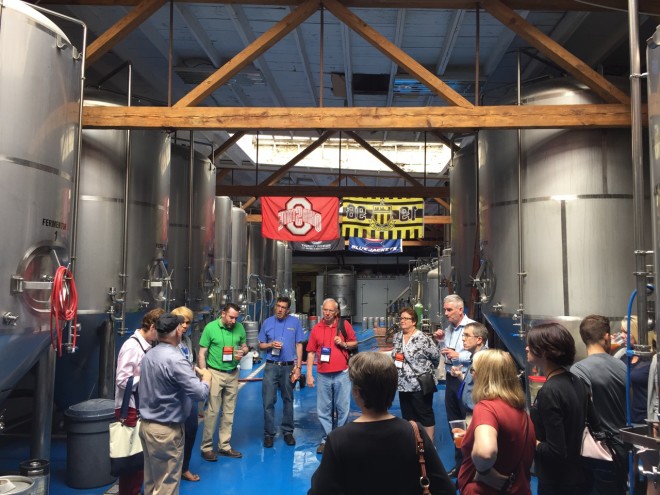 Once we were perked up with caffeine, we brought it down with a touch of alcohol. We stopped in Elevator Brewing’s 13th Floor Taproom, a rustic bar attached to their brewing facility. 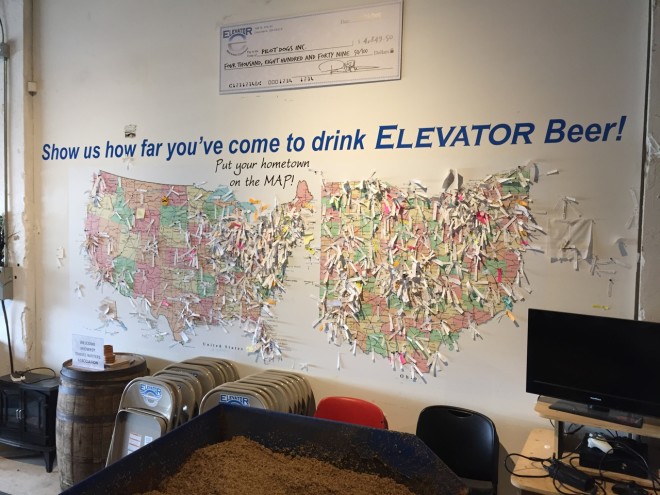 Like many breweries around the city, Elevator opened their taproom a few years ago when state laws relaxed and allowed them to serve directly to customers. The taproom includes a small bar and a collection of tables, plus a few games and a map where you can mark your hometown. 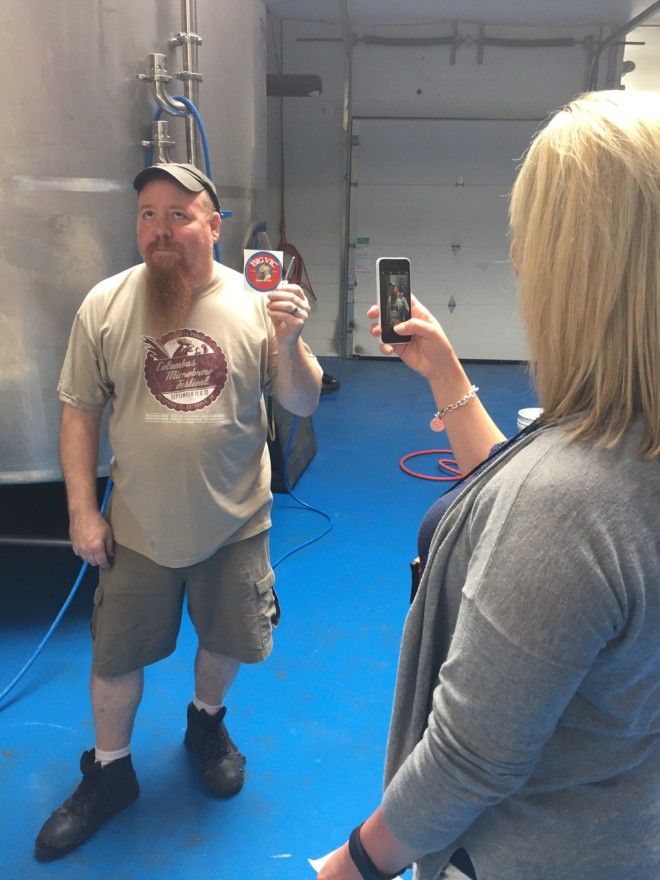 Owner Dick Stevens took us on a tour of the facility, where Brewmaster Vic even posed with his likeness on the label of the Big Vic Imperial IPA. 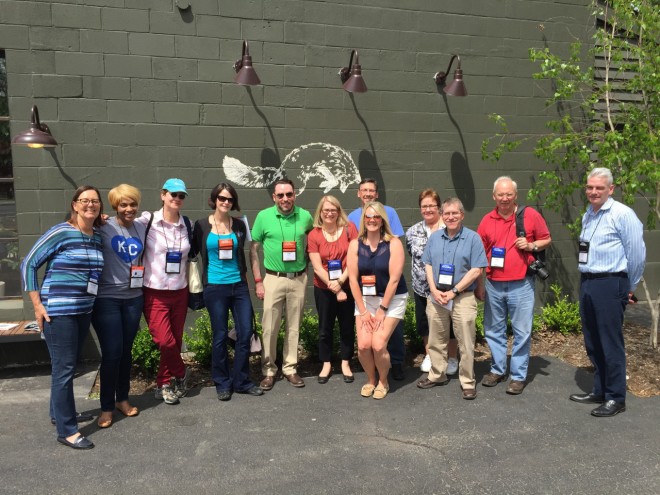 After the taproom, we rode up to Italian Village to sample pastries and iced New Orleans coffee at Fox in the Snow. And of course, the group got their photo in front of the fox. 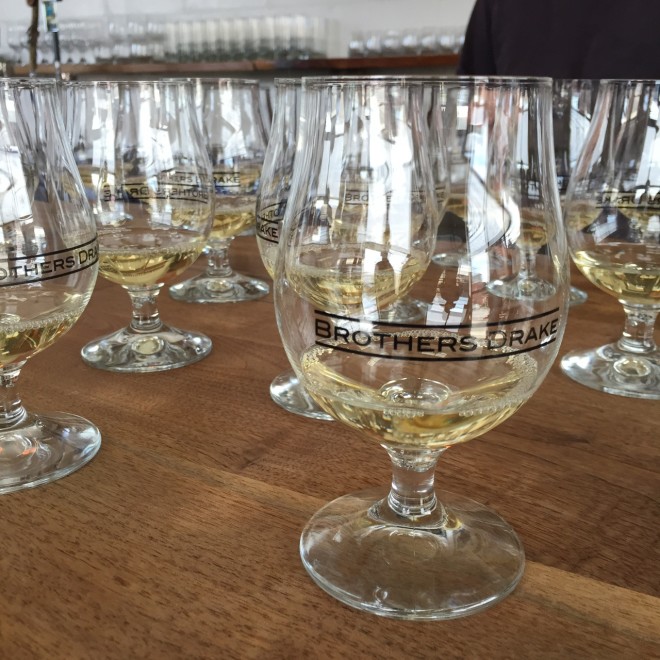 We next stopped into Brothers Drake Meadery, where we took a tour, heard how mead is made, and sampled a couple of their creations. 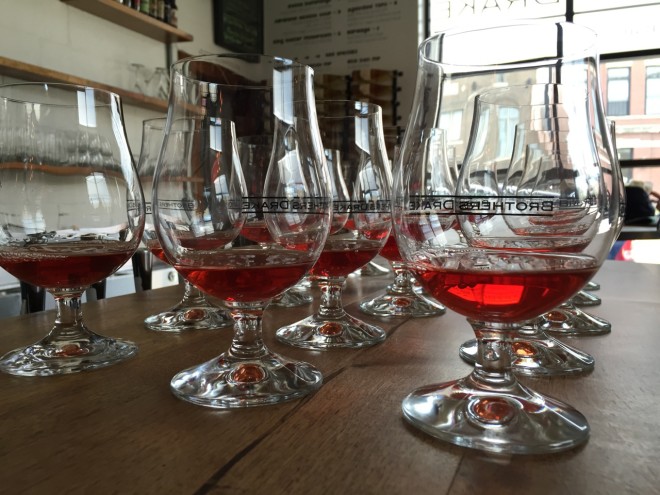 One of their latest meads is the PB&J, made with concord grapes and Krema peanuts. It smells very peanuty, but the taste is pretty balanced, and it certainly tastes like a classic peanut butter and jelly sandwich. 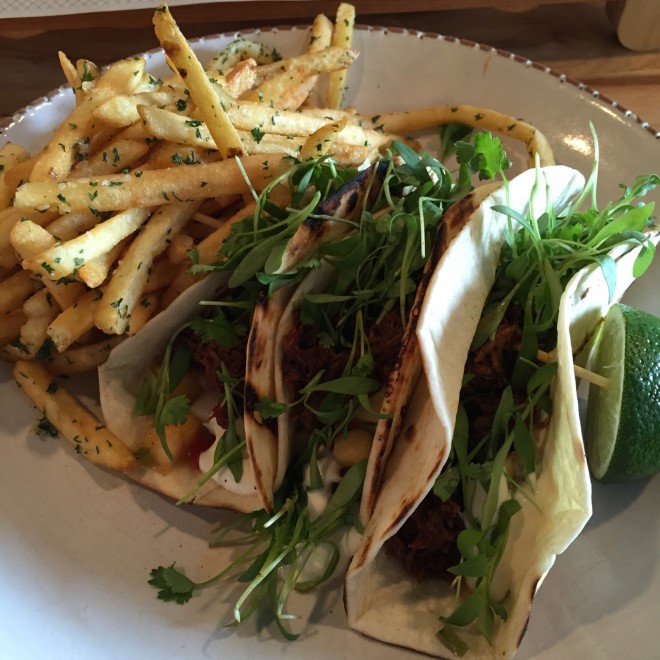 By now it was time for lunch, and the group was slated to visit Wolf’s Ridge Brewing. Their space is big, bright, and beautiful, and the lunch offerings match. I ordered some duck confit tacos with a side of their garlic fries. 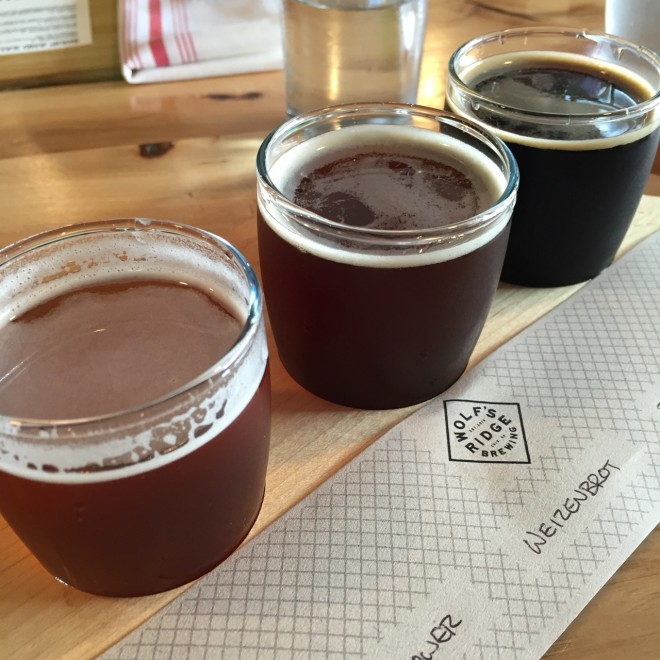 Many of the group members (including myself) sampled a few beers. I tasted the Watchtower ESB, the Weizenbrot bock, and the Dire Wolf imperial stout. 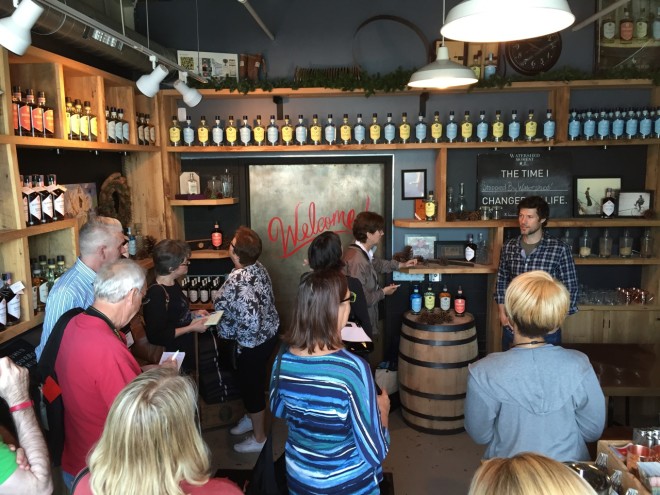 For the final stop of our tour, we visited Watershed Distillery, where co-owner Greg Lehman took us through the facility and let us taste some of their spirits. 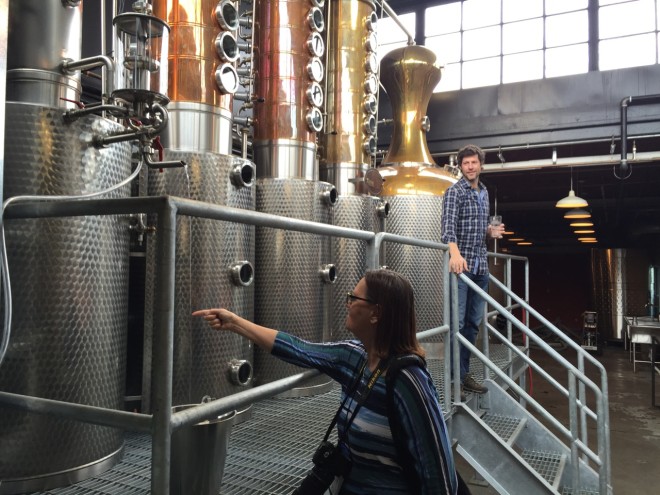 We saw where their new still will be installed (it will quadruple their capacity) and we smelled an apple brandy that’s still in progress (look for it in 2-3 years, Greg said). 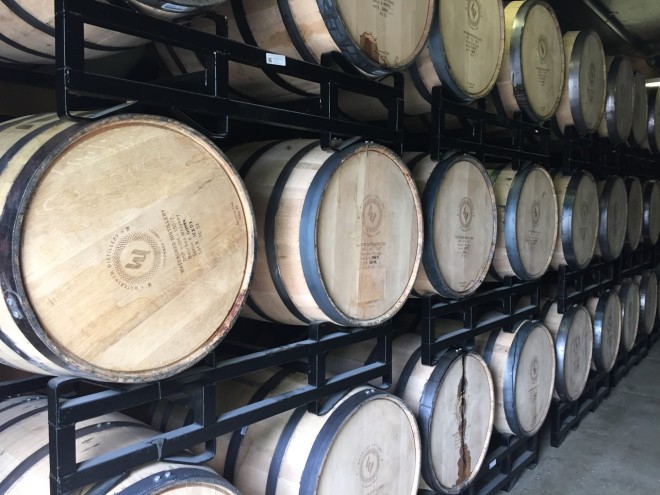 Finally, Greg walked us over to their new storage facility where the barrels are resting. There are rows and rows of bourbon, bourbon-barreled gin, and brandy in the making. The place smells wonderful – that sweet and musty smell of bourbon. I love it!

As you can see, that first day’s tour was a rough one. So much to sample and so much to see. It was exciting to share the stories of our city’s fantastic coffee shops, distilleries, and breweries with the visiting writers. Stay tuned for more details from the trip!