Shipping Out to the Erie Shores & Islands: Part 2 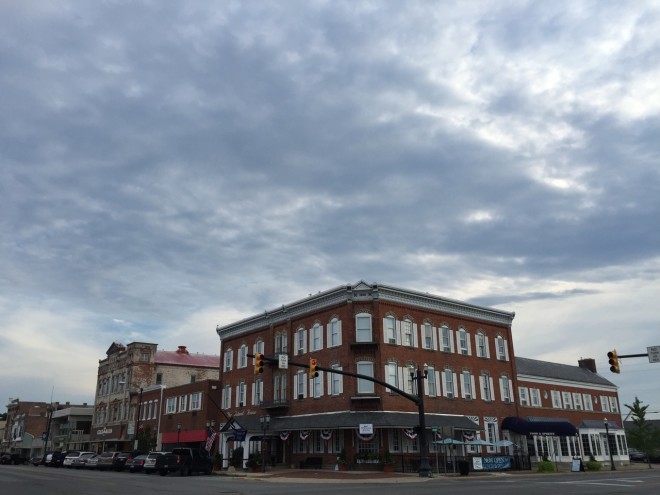 Lake Erie welcomed us a couple weekends ago as we celebrated Owen’s fifth birthday. He’s an avid lighthouse enthusiast, and given there aren’t many lighthouses around central Ohio, we trekked a couple hours north to the nearest major lake. Our day began with lunch at Jolly Roger, seeing Marblehead Lighthouse, snagging smoked gouda at Cheese Haven (or “Heaven,” as Will calls it), then visiting the newly relocated Port Clinton Lighthouse. Read about those early adventures here.

While staying in Port Clinton, we were put up at the Island House Hotel, an historic property right in the middle of town. 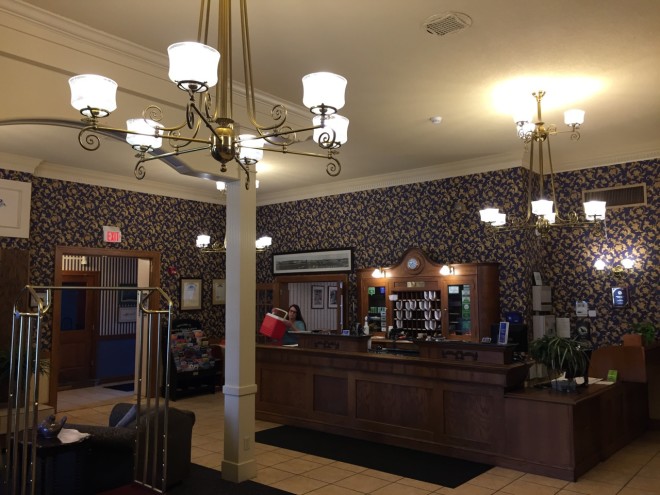 The building has a bit of history behind it; a plaque on the wall lists the famous people who have stayed there over the decades, from movie stars to presidents. 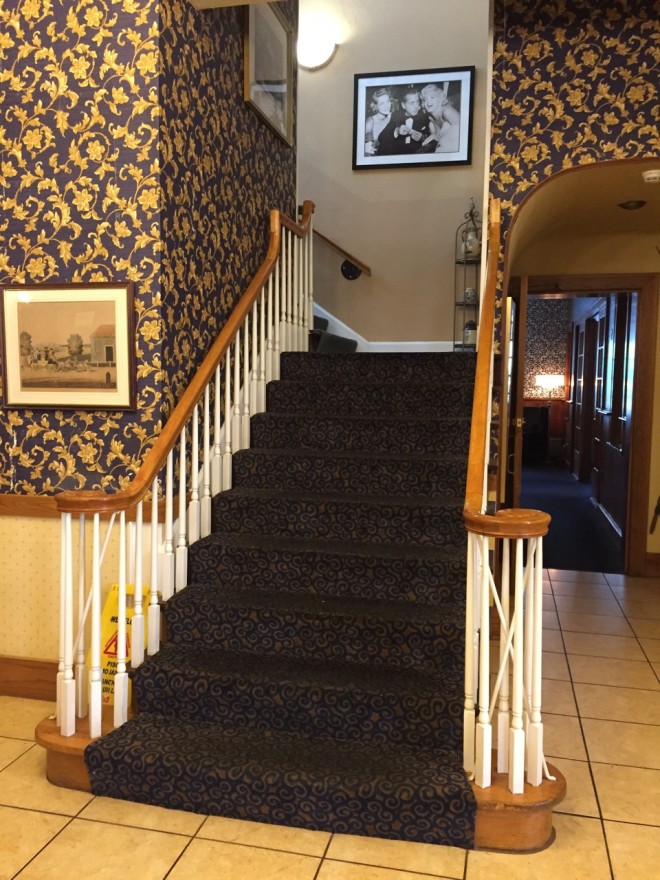 They’ve done a very nice job updating the hotel with modern amenities while keeping the historic feel. It’s got just enough creak in the floors to show off its age, while still being clean and comfortable. 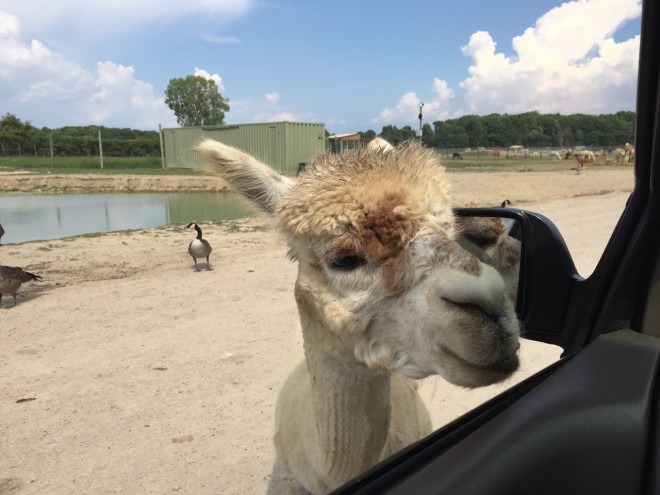 The hotel became our base of operations for the day; after a quick rest-up from our earlier lighthouse and cheese adventures we headed over to the African Safari Wildlife Park. The park includes both walking and drive-through section, where you can see a variety of animals and feed them. The walking section is little a small zoo, with monkeys and turtles and camel rides and games. We opted for the drive-through park, and it turned into one of the funniest and most enjoyable times we’ve had recently.

At the gift shop you pre-purchase containers of pellets and bags of carrots, then you load up at the gate. The animals are used to being fed, obviously, so when a car rolls up they know just want to do. We cruised through with the windows down, and were immediately surrounded by alpacas, llamas, and guanacos. 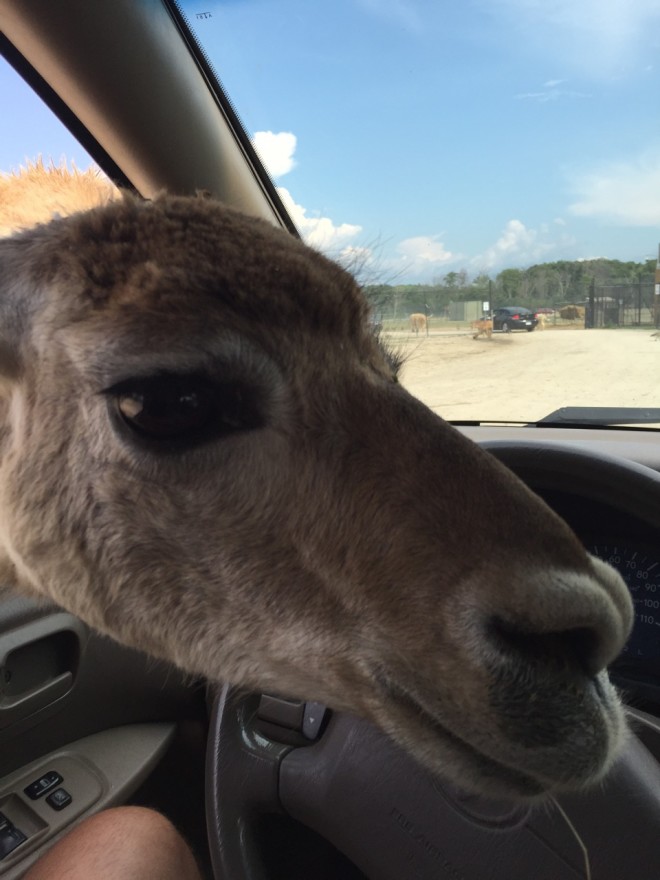 How comfortable are they? They’ll stick their heads all the way into your car looking for snacks. It’s hilarious and a bit intimidating, especially for the kiddos. Will couldn’t stop laughing the whole time. Owen didn’t find the llama sticking its head in the car as funny. 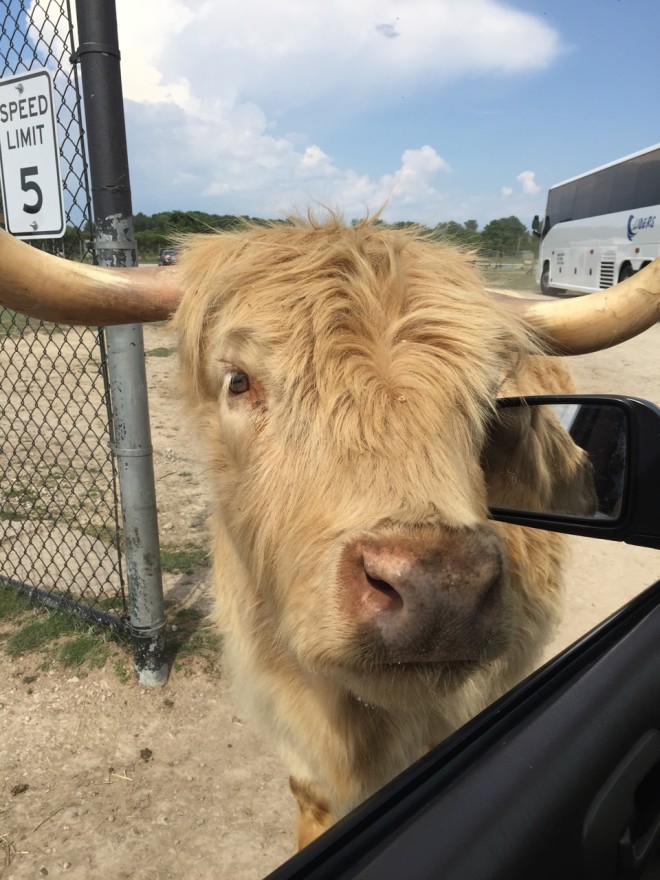 There are also beautiful Scottish Highlanders, although we were concerned about this guy getting his horns inside the car. We opted to toss some food out the window for him. 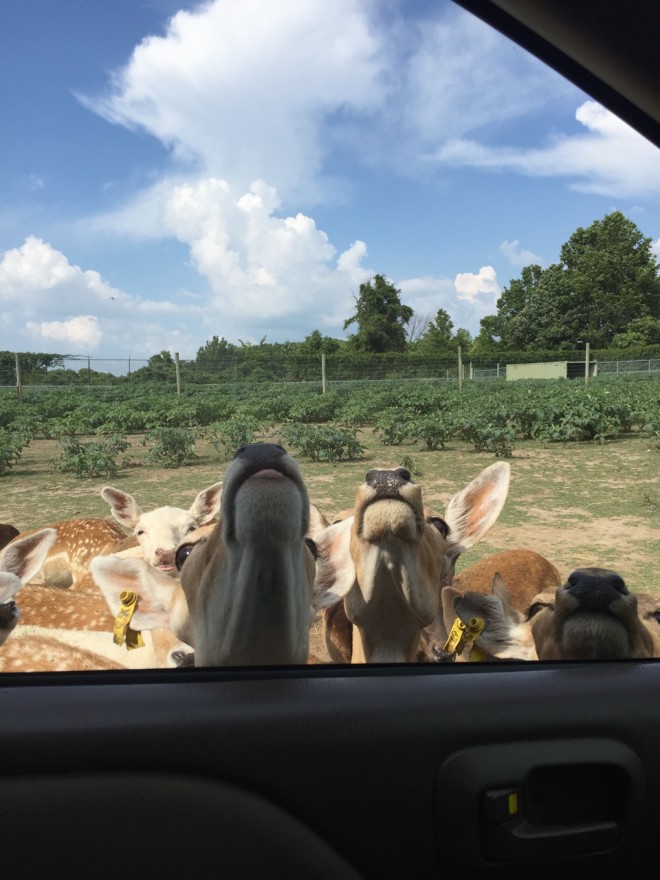 A latter section features a couple different types of deer. They swarm the car looking for treats. Any time we’d stop, they’d all start nudging their noses over the window. 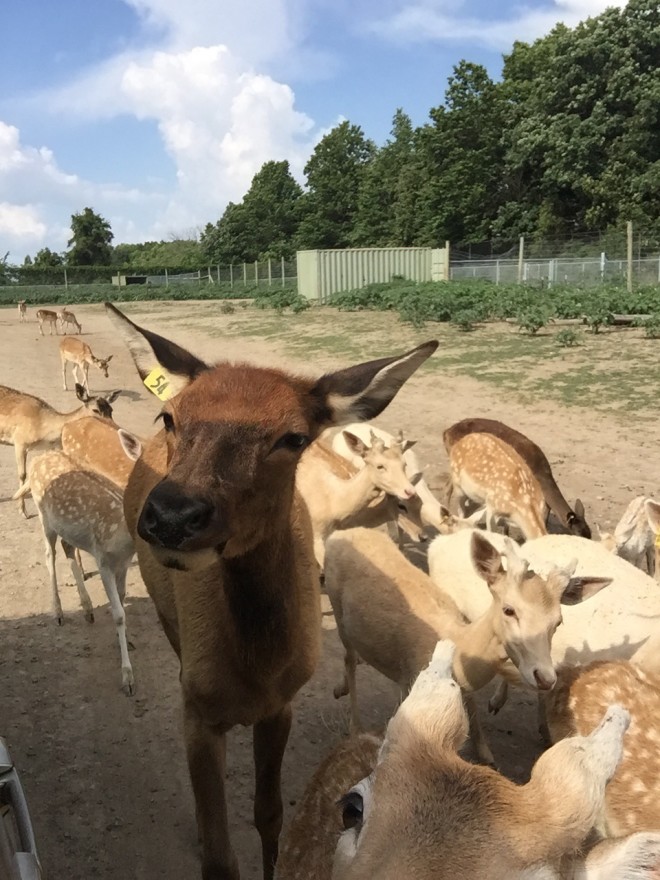 The herd followed us as we cruised slowly. At one point I stopped to take a selfie with all the deer, and the larger brown one pictured here sneezed in my ear. I deserved it for trying to take a selfie. 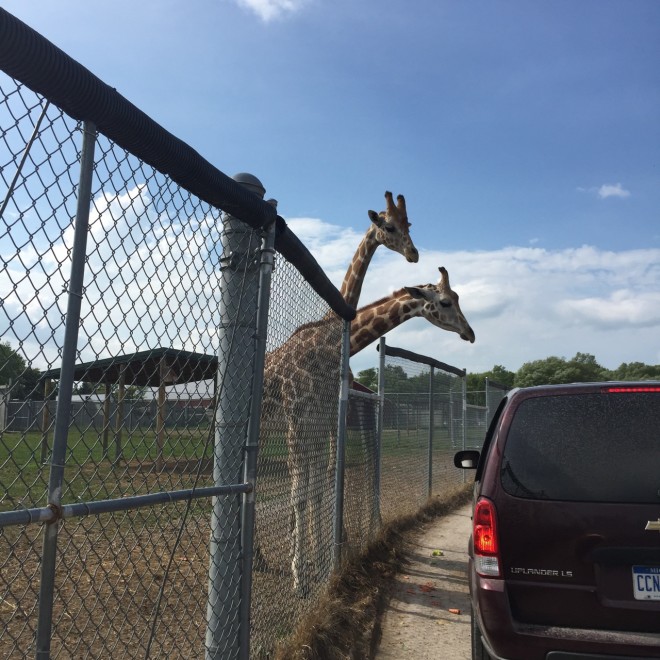 The final segment of the safari drive is feeding lettuce to the giraffes. You stop first to purchase some lettuce, and then they lean down to your car to feed. What an amazing thing to see them so close. 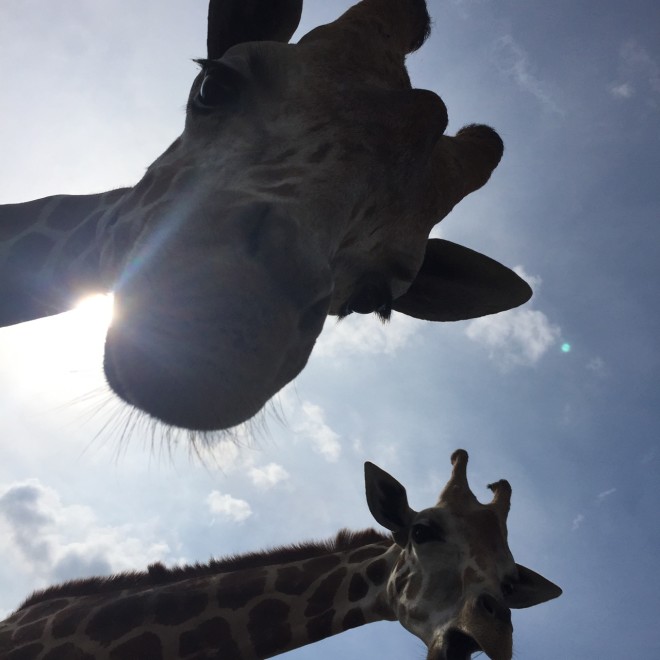 It’s also slightly intimidating to look out your car window and see a giraffe giving you a stare-down. 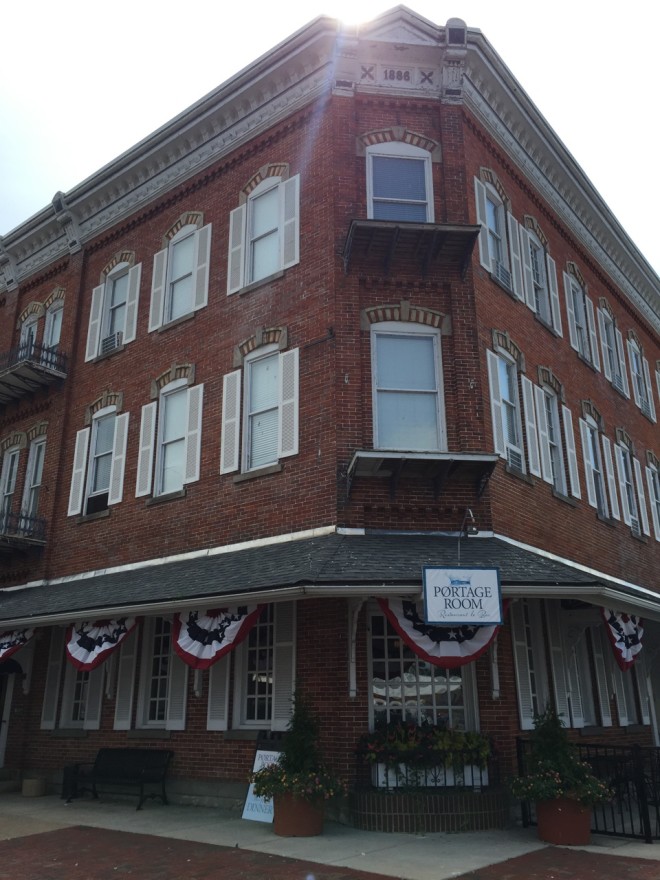 After the excitement of the Wildlife Park, we snuck back to the hotel to rest up a bit, then strolled across the street for snacks and dinner. 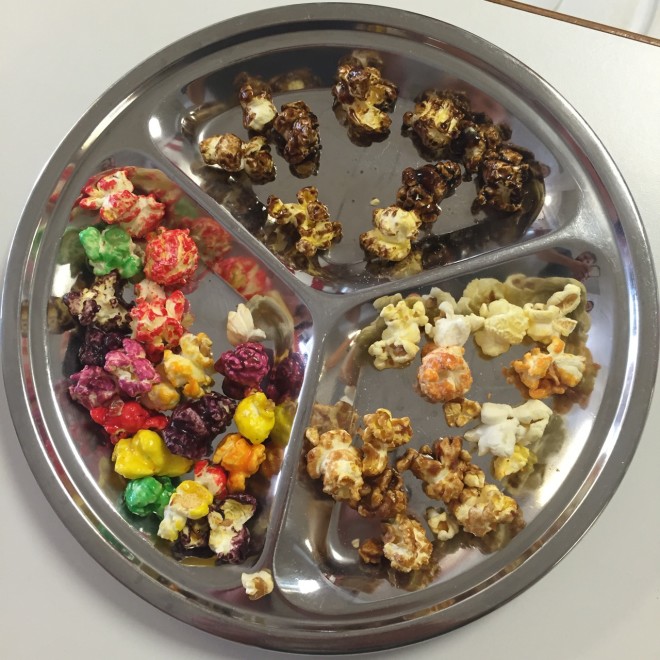 Another stop we remembered from years ago was the Great Lakes Popcorn Co. They moved in recent years to a storefront closer to the water. From there they crank out all sorts of colorful and flavorful popcorn, which you can sample before you snatch up a couple bags to take home. 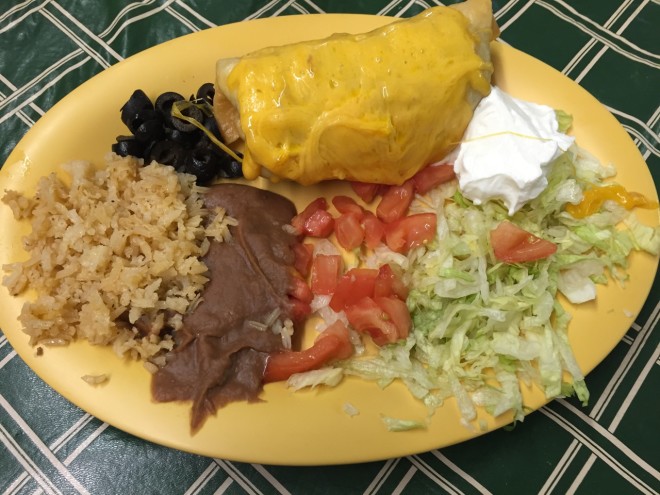 We strolled across the street to Mendoza’s, a simple Mexican eatery serving all the staples, from chimichangas to wet burritos to tacos. The place was quiet; it was a nice spot to relax and refuel a bit. 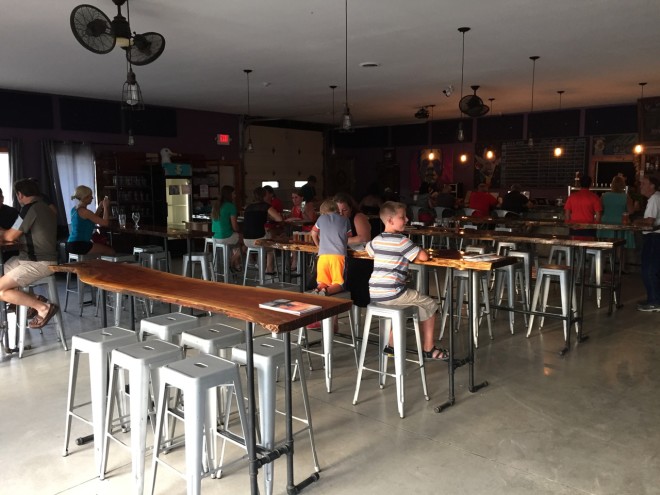 Following dinner we headed down the road to Catawba Island Brewing. Like many small breweries they’ve repurposed older buildings for their brewhouse and taproom. We enjoyed live music, and played some games. Will and I played a giant game of Connect Four; I’m both ashamed and proud that he beat me four out of five games. 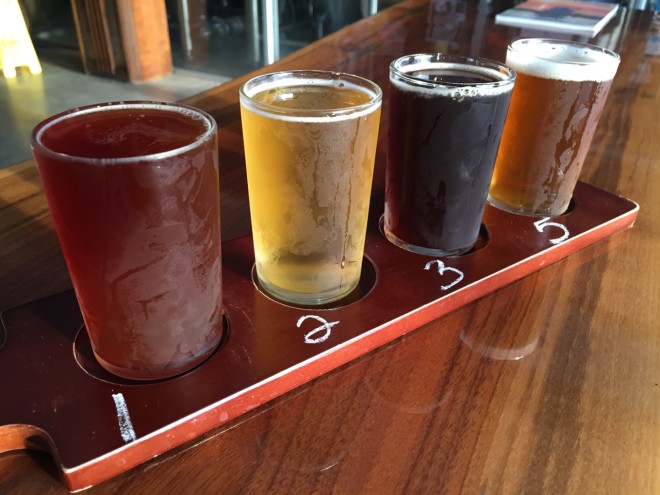 We sampled a few beers, too: a Scottish ale, a kolsch, an imperial red, and an IPA. 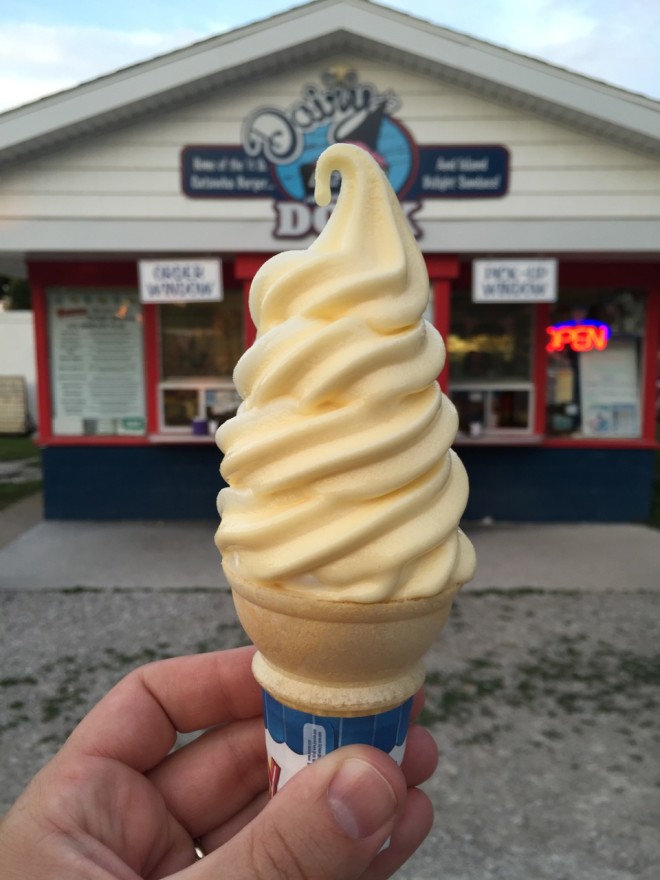 Last stop of the night was Dairy at the Dock, a little ice cream stand near the northern tip of Catawba Island, right next to the Miller Ferry docks. I enjoyed my first pineapple Dole Whip. 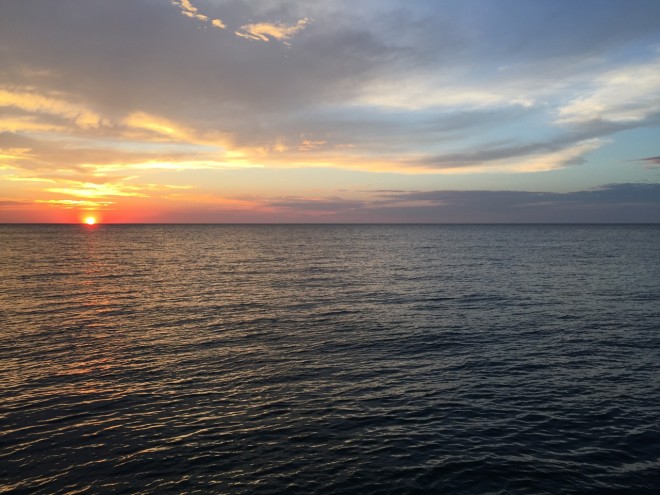 We took our ice cream over to the shoreline to catch a beautiful sunset over Lake Erie. 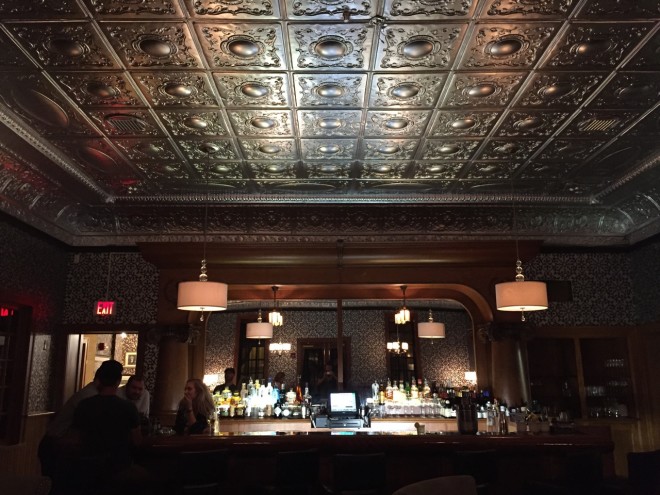 Then it was back to the hotel for some sleep. And to creep down to the beautiful hotel bar for a cocktail…

Full disclosure: Our hotel and safari tickets were provided by Lake Erie Shores & Islands. Opinions and photos are our own.