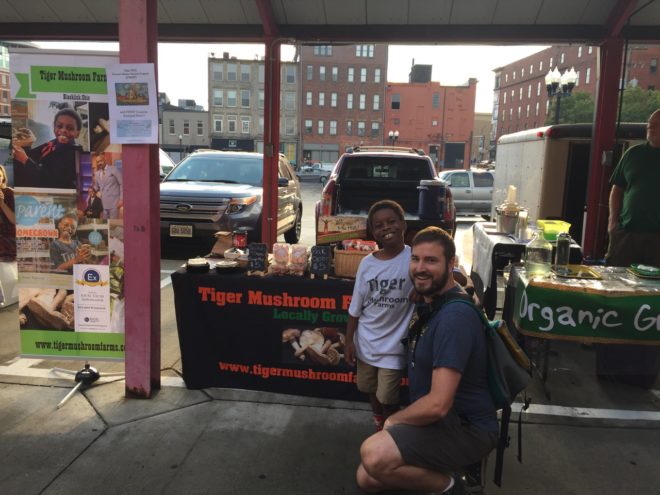 I’m a fan of mushrooms. I don’t say this often enough, but I love them. Sauteed, in a soup, in an omelet, on pizza – I’ll take it all. So of course it piqued my interest when I started seeing a small family mushroom business pop up in my Instagram feed. I followed their story eagerly until I ventured to North Market one Saturday morning to meet Te’Lario Watkins, the brains behind Tiger Mushroom Farms. He’s eight, and last year he started growing mushrooms as a project in Cub Scouts (which is where the “Tiger” comes from). 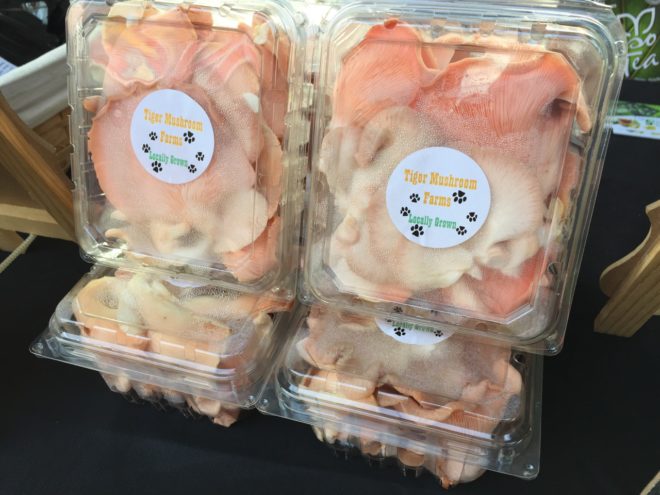 Te’Lario and his dad explained how they started growing mushrooms on the kitchen counter using mail order packages. These usually come with a base of compacted sawdust and the mushroom spores. They soak the base for 12 hours, then spray it a couple times a day after that, and the mushrooms grow surprisingly quickly. Now their whole basement is set up with shelves mainly growing shiitake and oyster mushrooms. As things grew beyond a Tiger Scout project, the family all got involved and formally started a business. 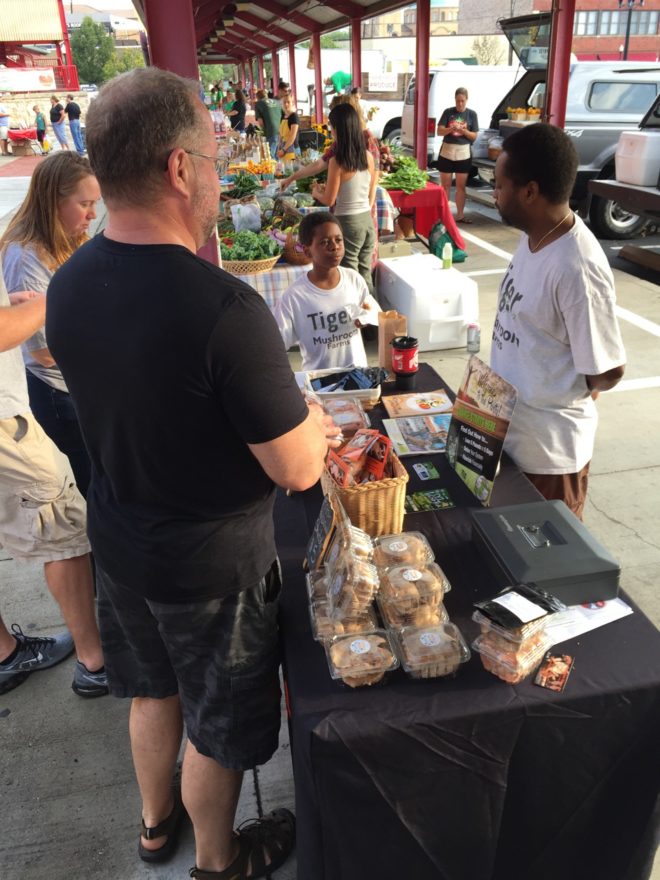 I caught up with Te’Lario and his dad at North Market on a Saturday. They couldn’t have been more welcoming; they told me about the business and how they’re selling at multiple markets through the summer season. Te’Lario was even featured on Steve Harvey’s show last fall – you can watch the segment here. 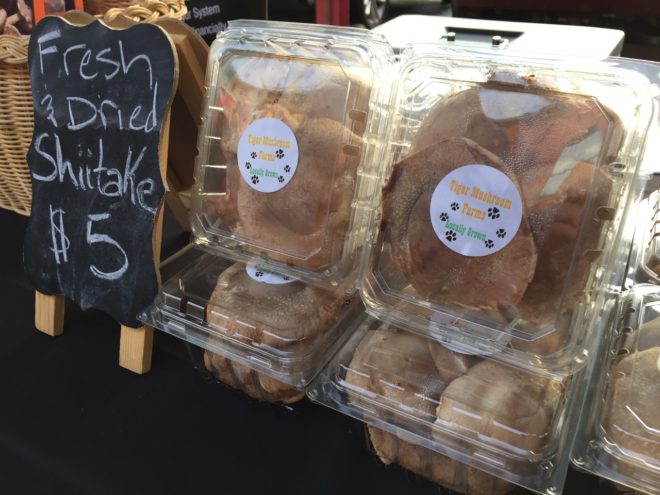 I picked up a box of shiitakes and a box of oysters, plus a package of shiitake and onion soup mix. 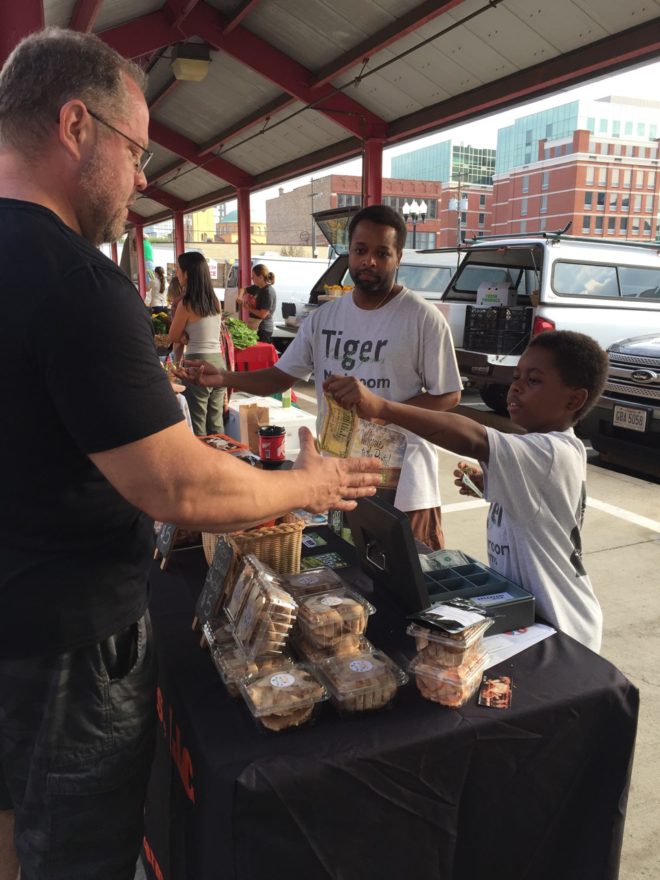 As a father of an eight-year-old myself, I loved seeing everything Te’Lario is doing with his family. I mean, what a great way to learn at a young age how a business works, how to interact with customers, how to handle transactions, and how to create something to sell. Every kid should have a project like this! 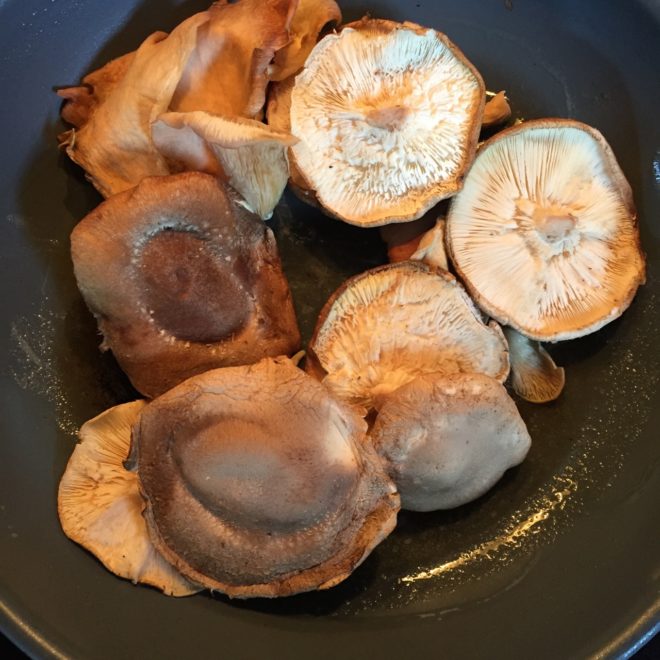 Later that week we made dinner using the mushrooms. We tossed them in a pan to saute with olive oil, salt, and pepper. After the mushrooms cooked down, we tossed in a package of spinach. 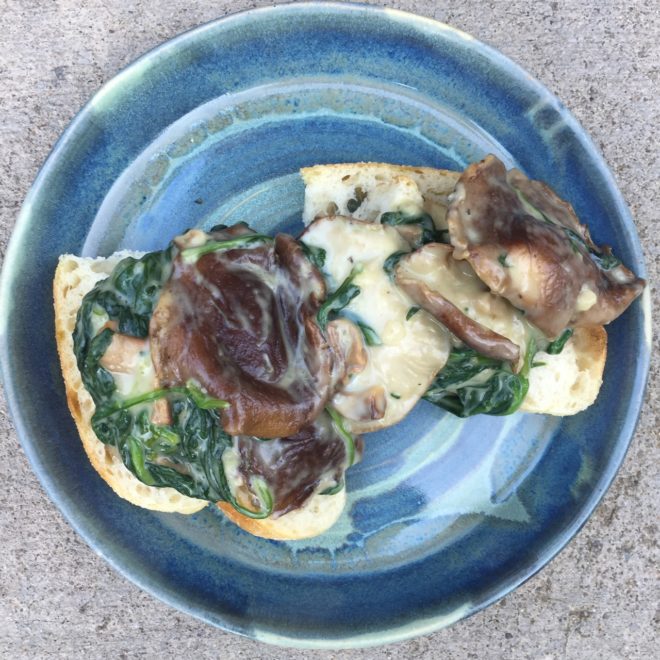 While that cooked down, Beth whipped up a simple gravy, and we poured everything over focaccia. 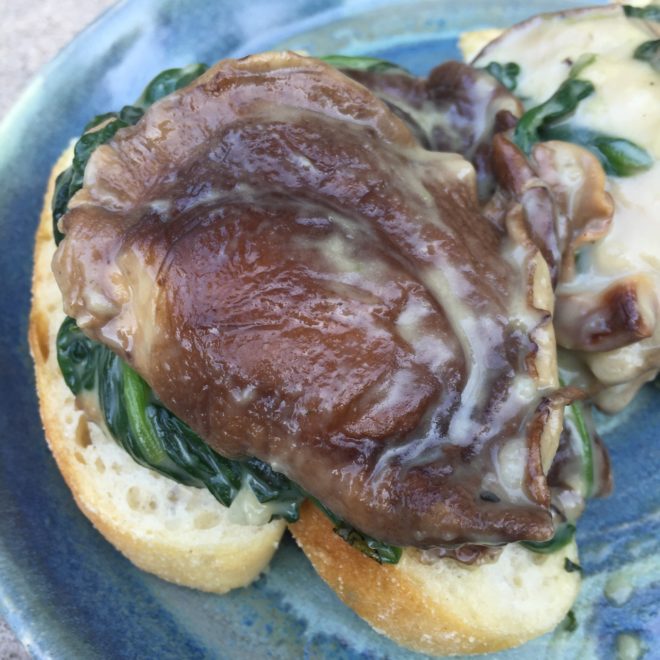 As you can imagine, the mushrooms were stellar. I can’t wait to pick up more mushrooms from them, for soups… or omelets… or to serve on toast… or to put on some pizza.