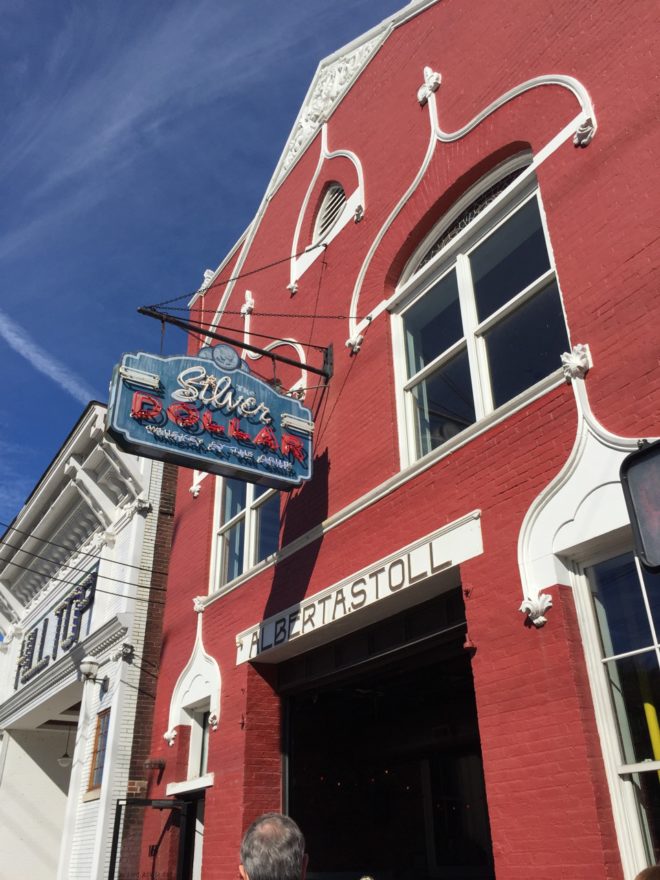 While in Louisville for a cousin’s wedding, we spent the day exploring the city, from coffee to tacos to beer to authentic Kentucky Hot Browns and more. You can read about our adventures here. Of course, the following morning we had to hit up brunch before we left town, and on my cousin Taylor’s suggestions, we gathered at The Silver Dollar. 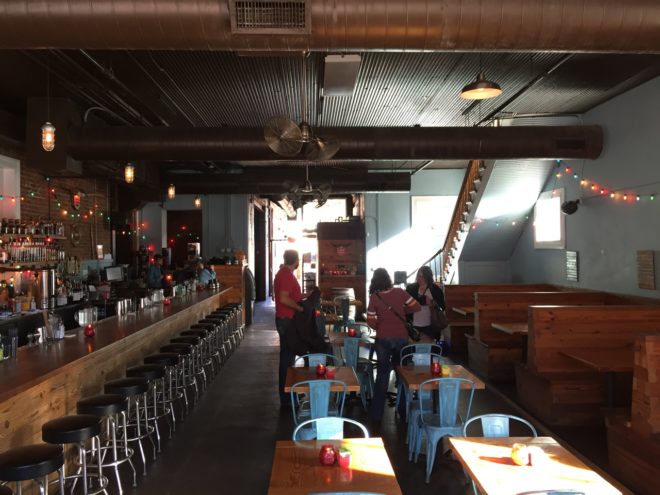 We were lucky to have a beautifully clear November morning, so the restaurant and bar were brightly light, and the doors were thrown wide open. The Silver Dollar’s space is magnificent, with a small gathering of tables out front, a long bar lined with bottles, and rows of tables and booths. 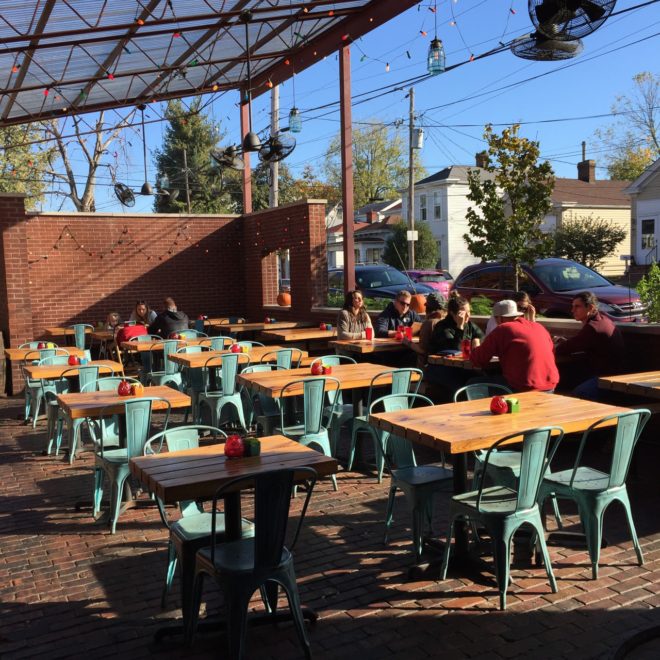 There’s even a second large patio out back. 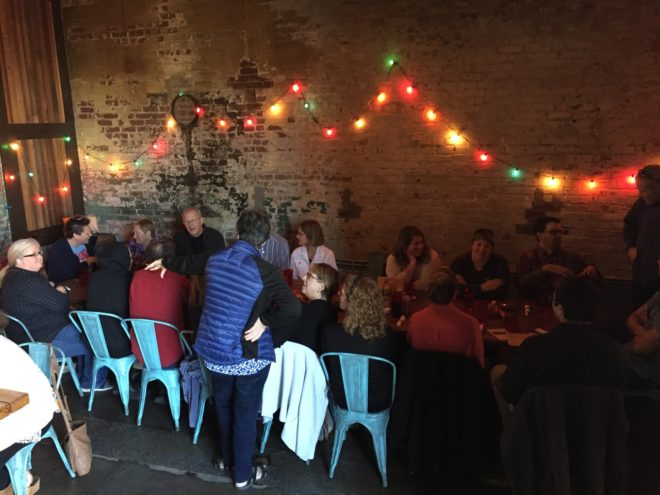 Kudos to the Silver Dollar team for handling such a large group. What started as a smaller group of just me, Mrs. Breakfast w/Nick, and my family grew into a bigger gathering of cousins, aunts and uncles, and extended family. We were able to make a reservation for their large group table near the back, and they were very generous in accommodating us. 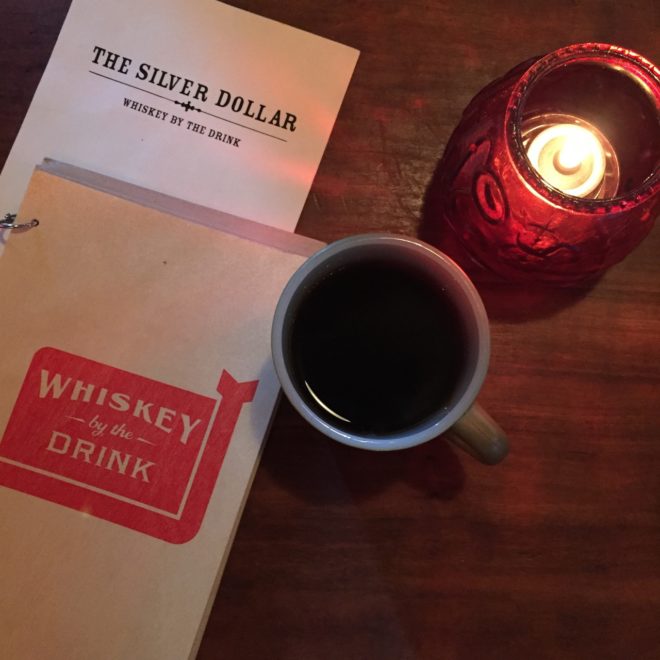 The major theme of The Silver Dollar is whiskey and southwestern-style fare, a potent combination at brunch. 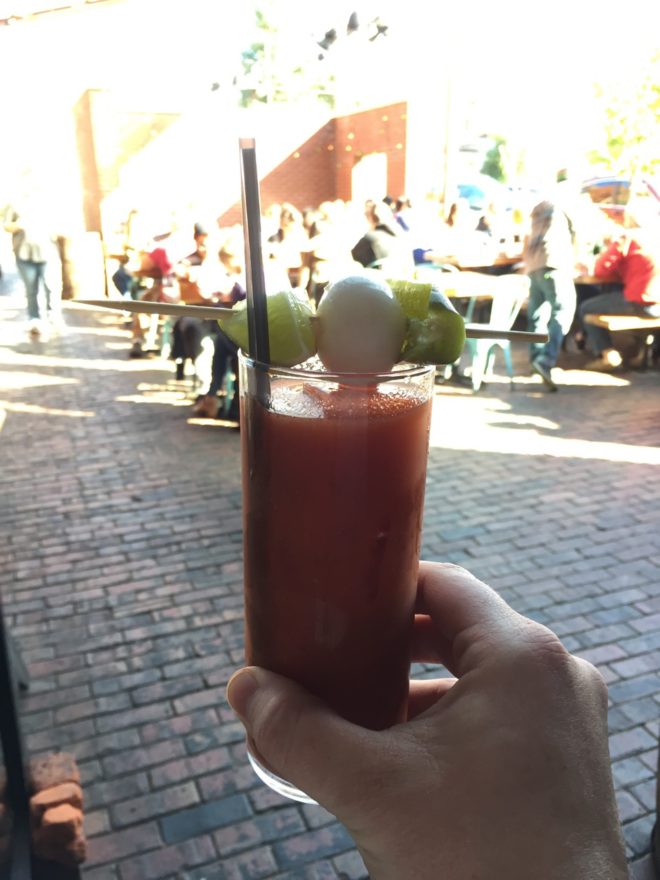 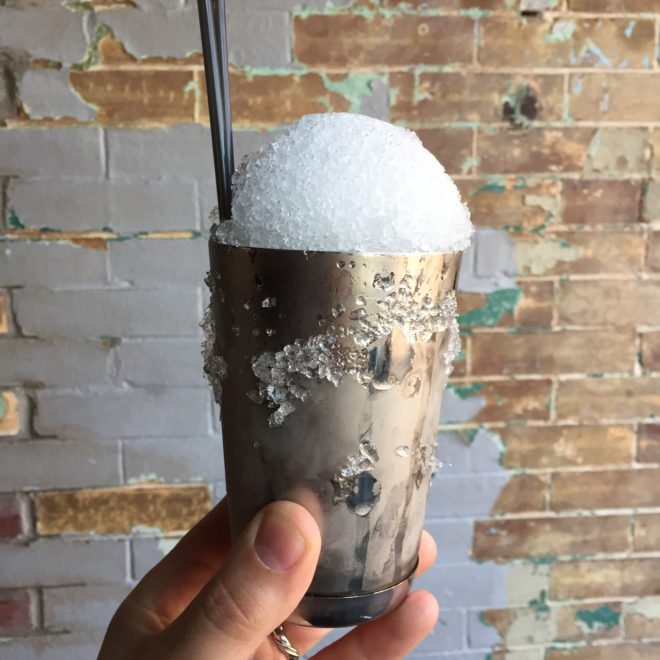 And I tried a Kentucky Mule (a Moscow Mule with bourbon instead of vodka). It arrived in a metal cup, topped like a snow-cone, and it was strong. 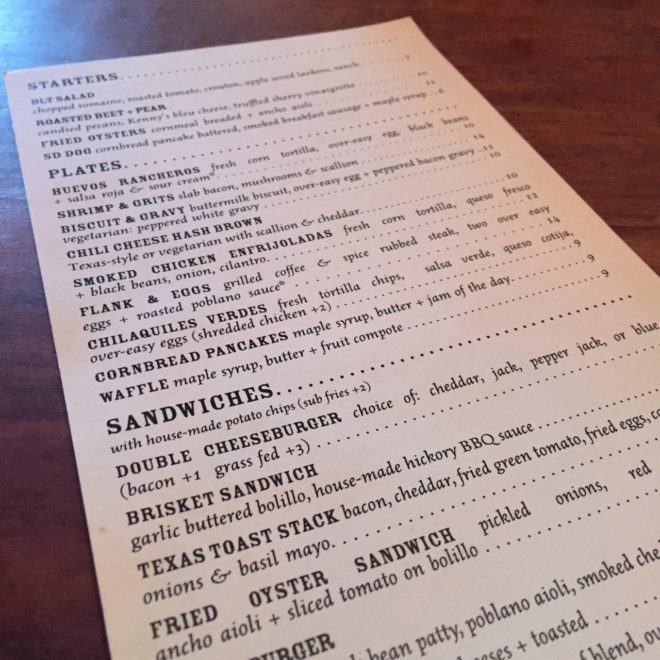 I had eyeballed the menu even before we arrived, so I had a sense of what we were in for. 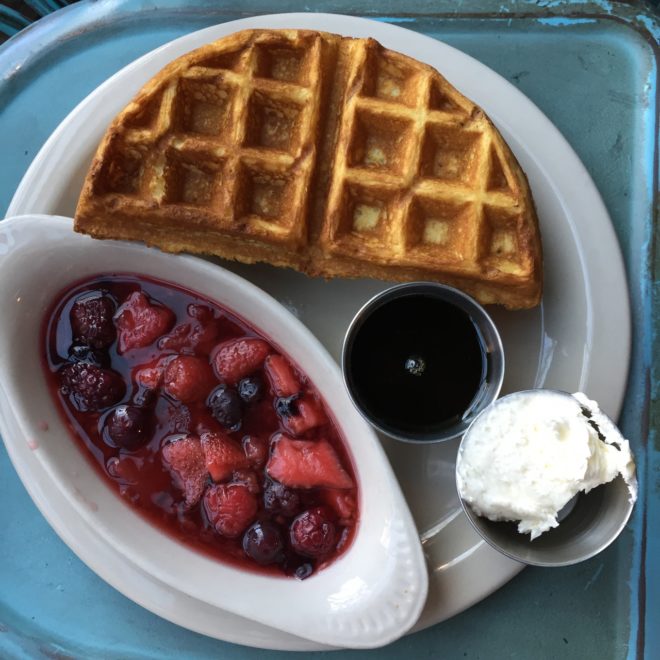 Because there was such a big group of us, we ordered a lot of different things, and there followed a veritable parade of dishes. There were waffles with a fruit compote. 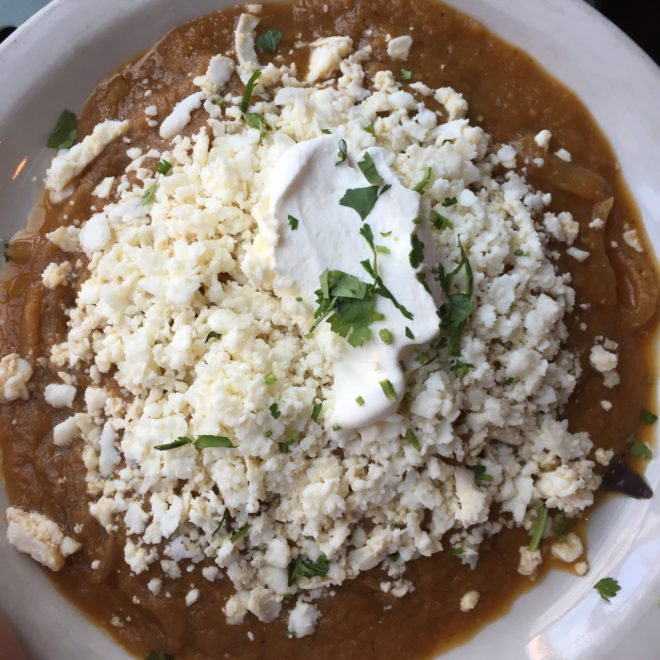 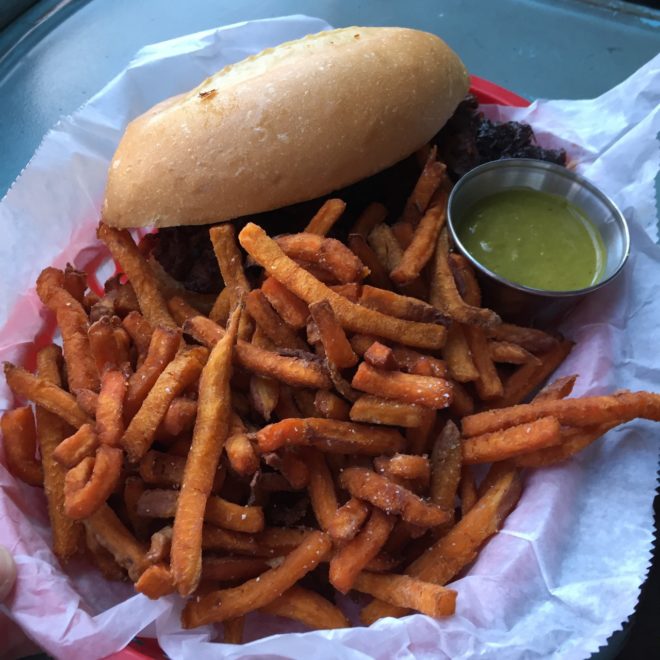 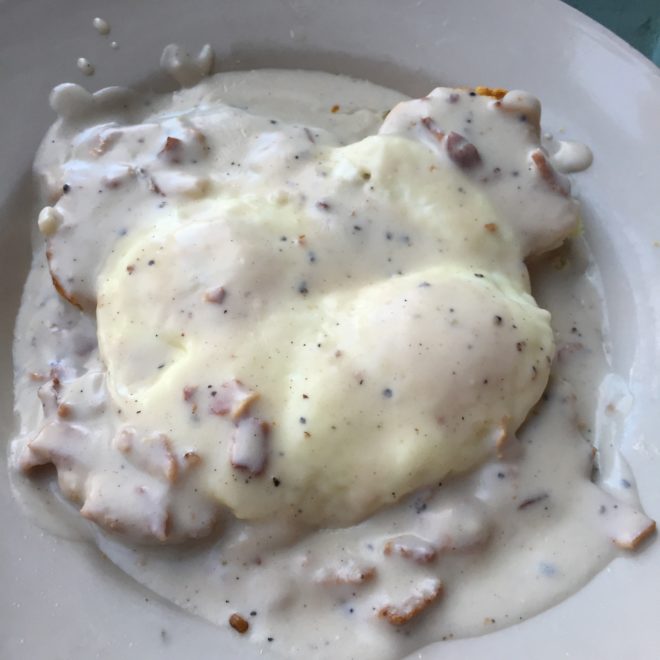 Biscuits and gravy with a peppered bacon gravy. 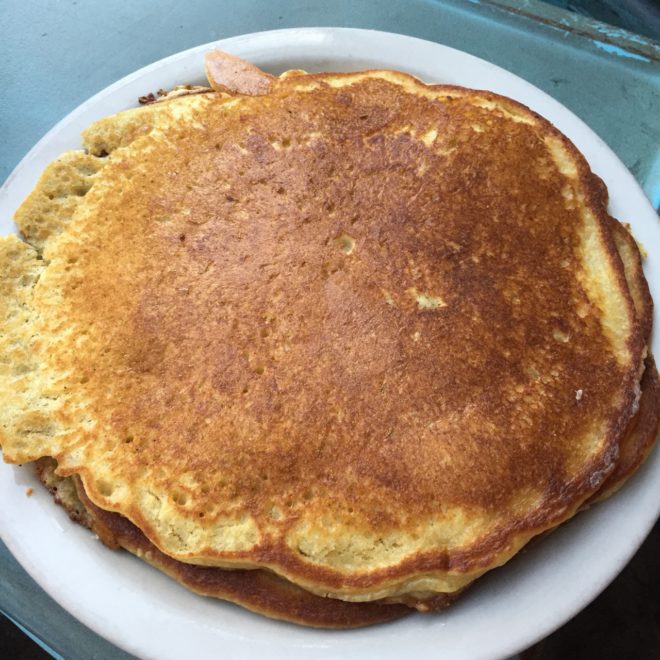 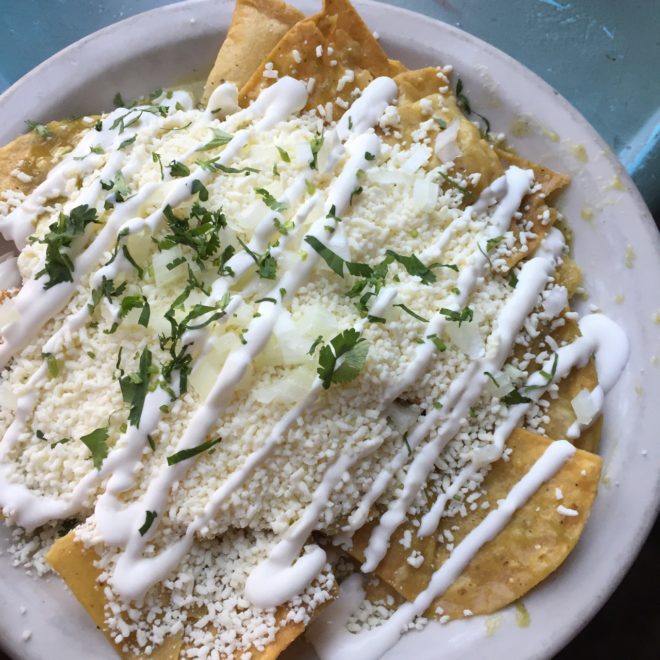 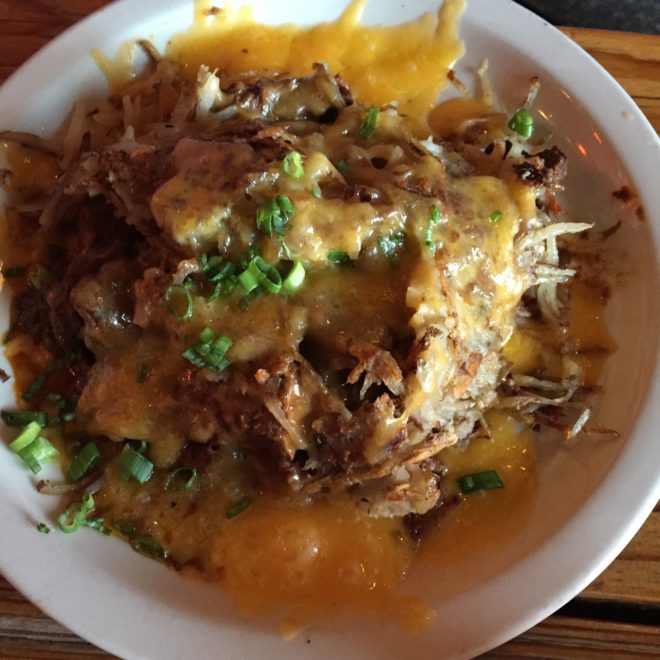 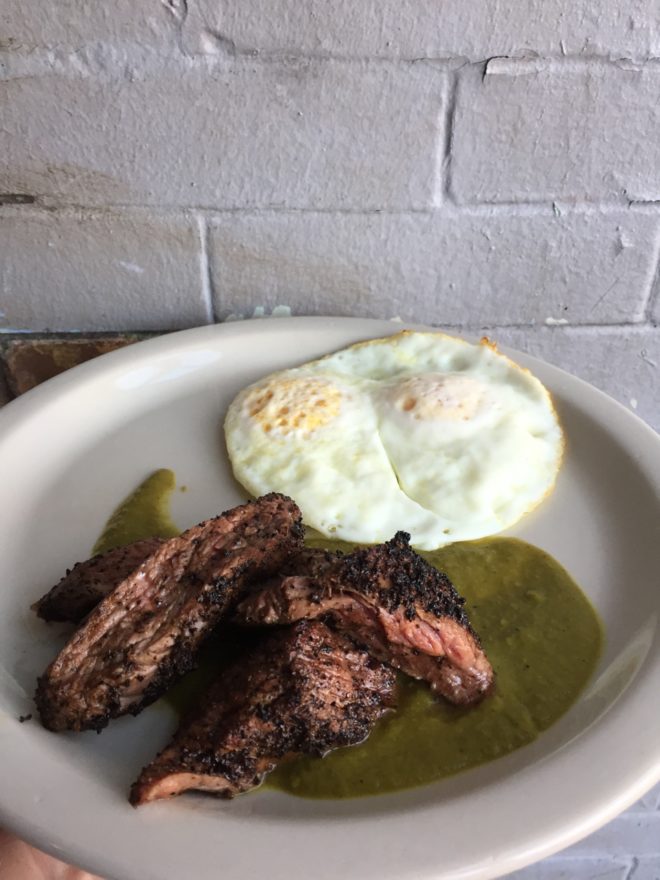 The flank and eggs with a coffee and spice rub and a roasted poblano sauce. 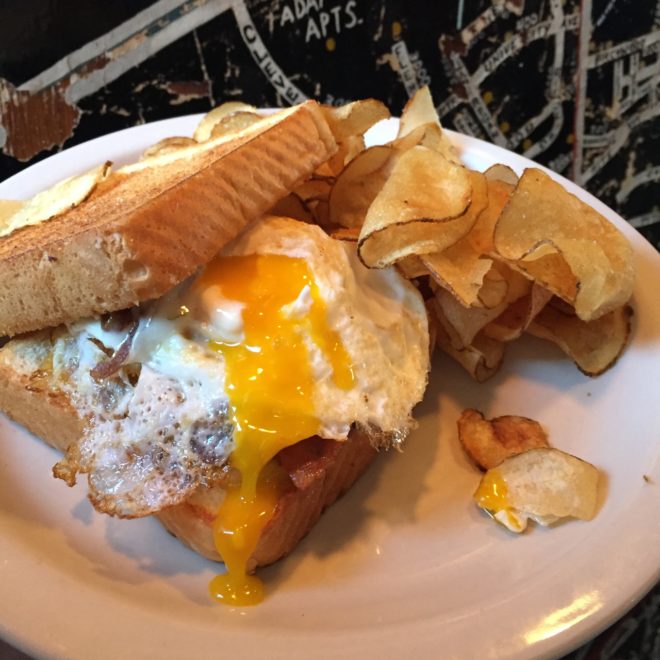 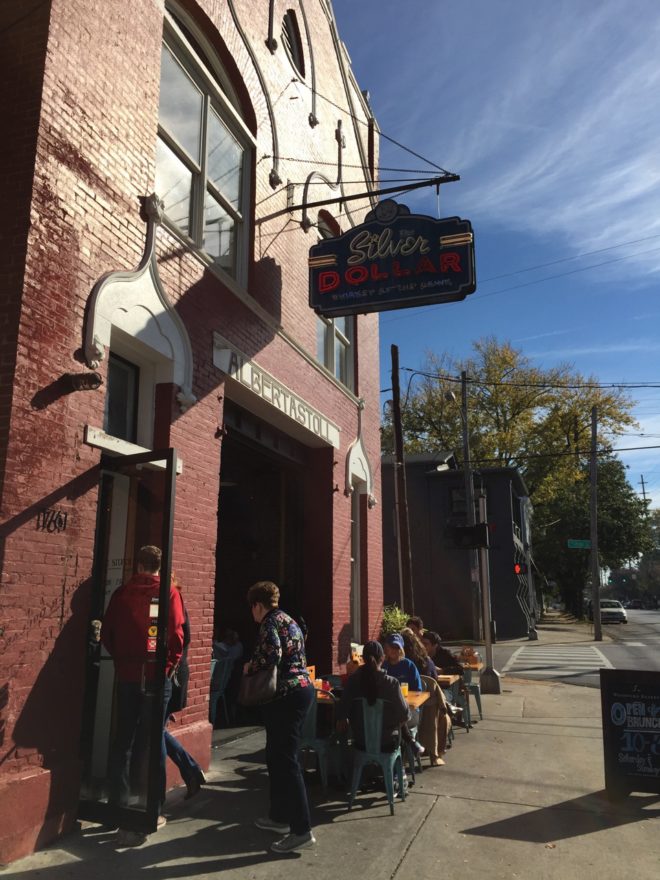 I loved the Silver Dollar’s building especially. Of course, me being the brilliant person I am, I kept saying “this must have been a firehouse” the whole time, and as we’re leaving someone finally points out the fireman’s pole in the corner.

An absolute thumbs up for the Silver Dollar’s brunch. Beautiful space, big range of creative dishes, very attentive service. A must if you’re traveling to Louisville.