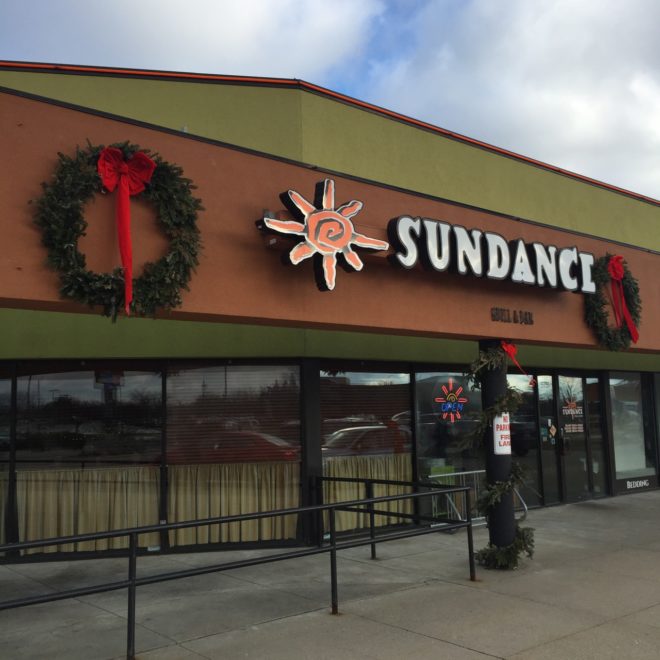 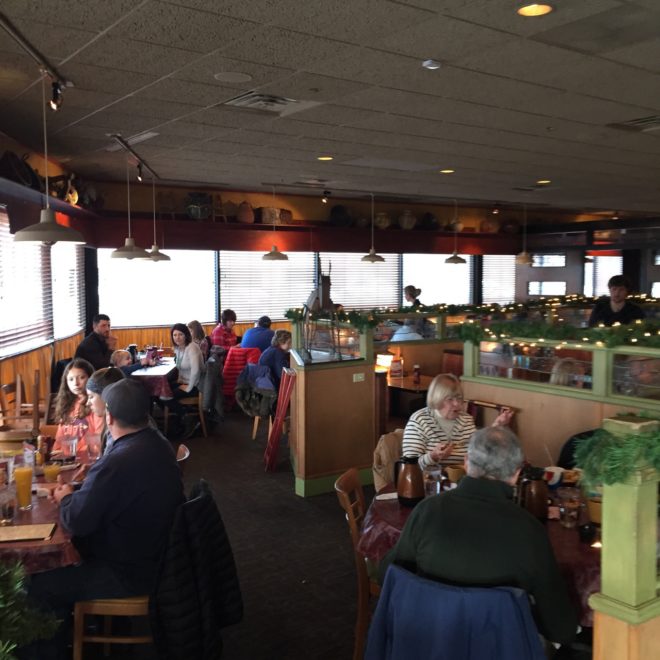 While up in Grand Rapids over the holidays, a big part of the family went to breakfast to celebrate my grandmother’s 92nd birthday (clearly my kind of my celebration!) at the Sundance Grill & Bar. Sundance has two locations around Grand Rapids; we visited the one on 28th Street. The grill and bar features breakfast, lunch, and dinner, with a Mexican-theme running throughout the menu. 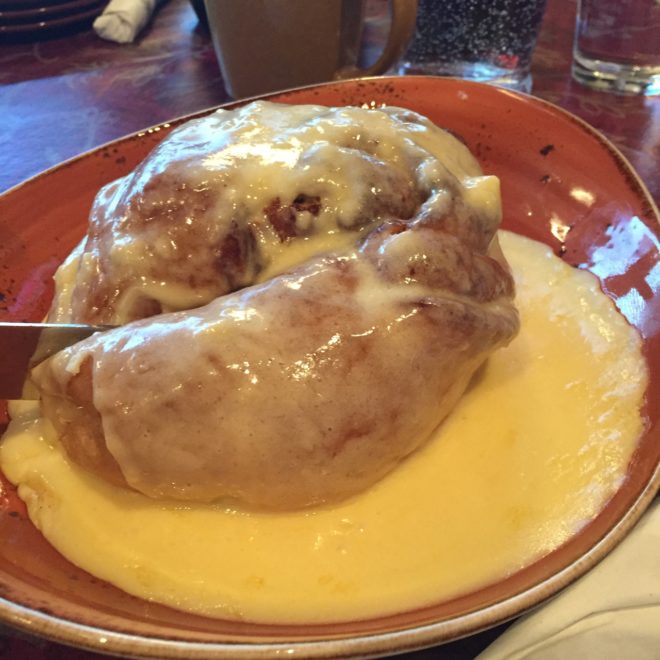 Amongst the table, we ordered a variety of dishes. The first to arrive was the massive cinnamon roll, covered in frosting and served with a giant steak knife. It was quickly dissected and passed around the table, and proved big enough to feed everyone a substantial bite. 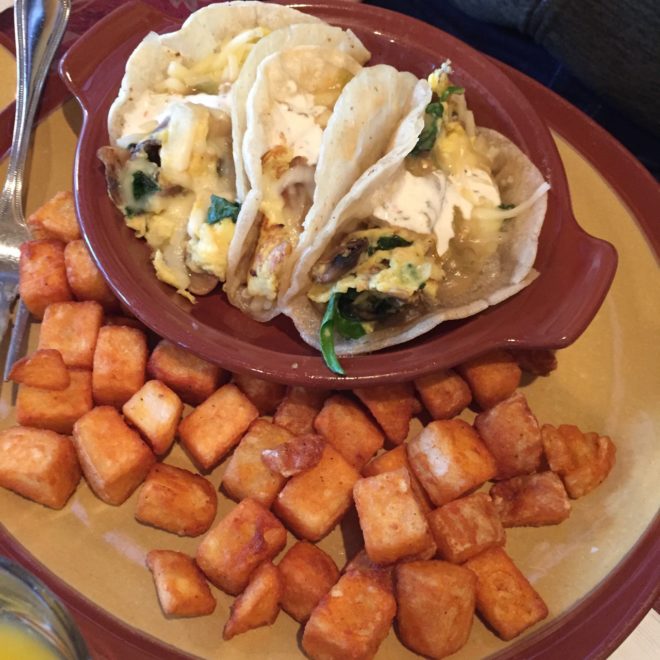 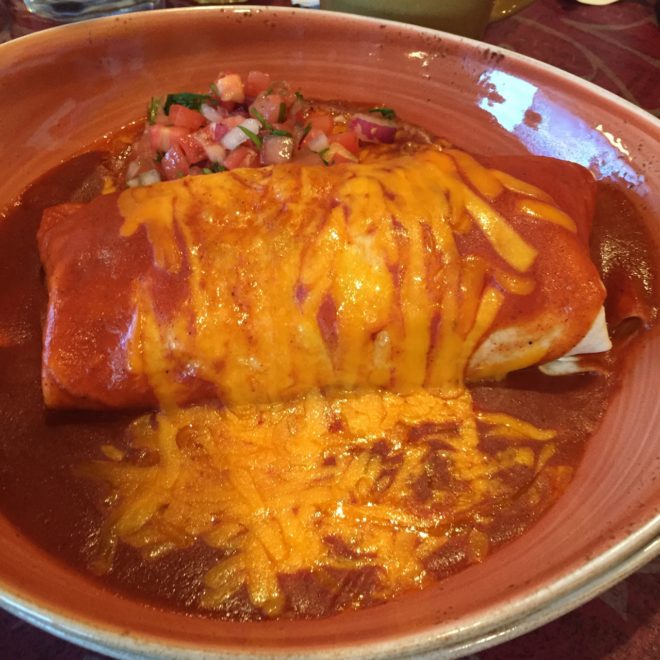 I ordered the huevos wet burrito, a giant flour tortilla filled with scrambled eggs, chorizo, hash browns, and green chilies, then topped with cheese and a sauce referred to as “burrito sauce.” We joked that it was pureed burritos (mmm… burrito smoothie), but it turned out to be a red ranchero sauce. 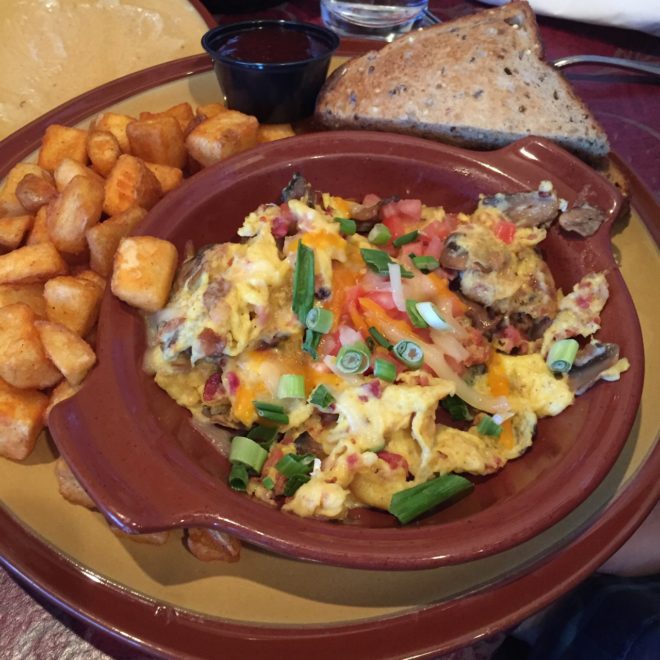 Amongst the burritos and huevos rancheros, quesadillas and tacos, there’s a menu of scrambles and omelets, too. 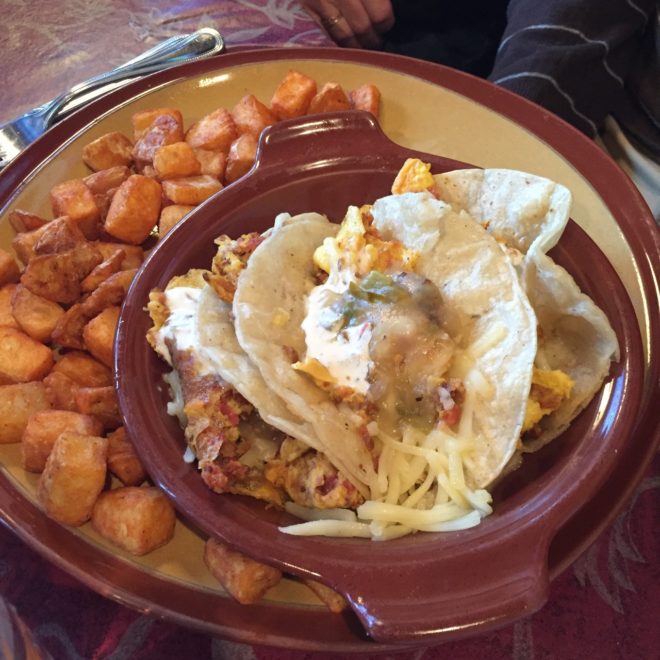 And more tacos, of course. All in big portions, colorful plating, and with decent seasoning. A fun place to fill up with a hearty breakfast if you’re in GR.