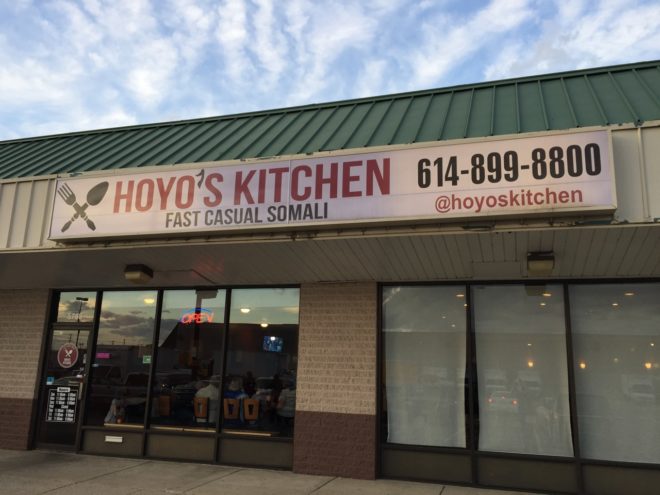 This shouldn’t come as a surprise, but over my birthday weekend, I wanted to celebrate with food, especially by going to places we hadn’t been before. Hoyo’s Kitchen has long been on my list – a lot of friends have gone there, and it’s a regular stop on the Columbus Food Adventures Alt Eats Ethnic Tour – and when my birthday rolled around, I declared it was time. 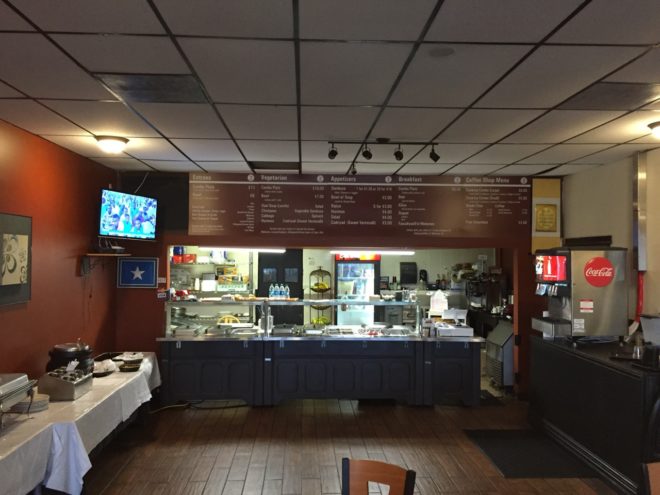 Hoyo’s can be found in the Columbus Square shopping center, off Cleveland Avenue just north of Route 161, an area dense with wonderful ethnic eateries representing every continent. The restaurant bills itself as a fast casual, and inside you’ll find a welcoming dining room decorated in light browns and reds. 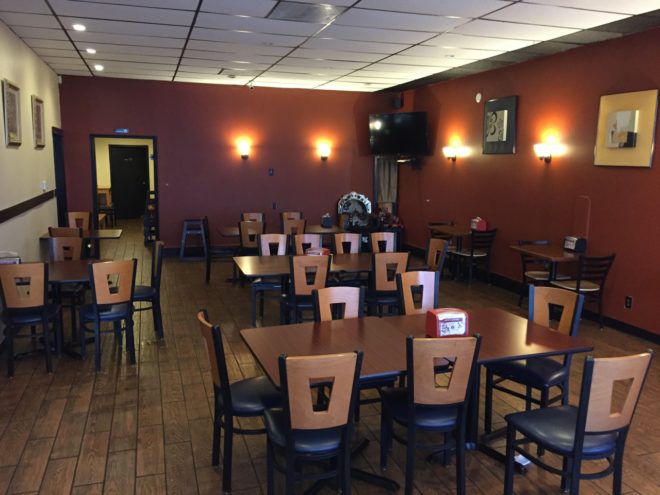 There are two dining rooms, so there’s enough room if you visit with a large group like we did. 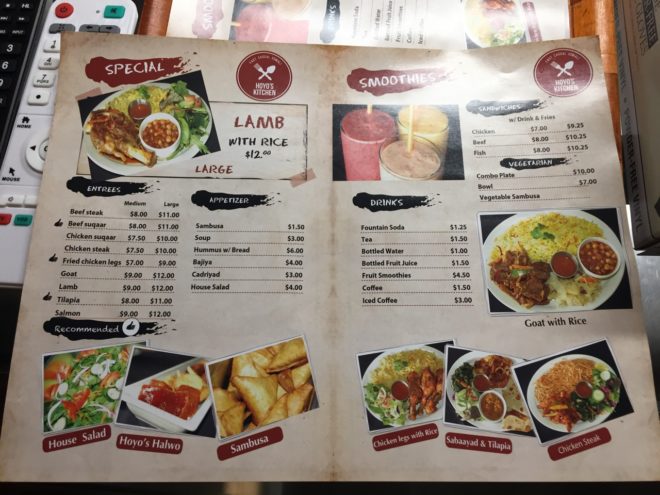 Our host told us to call him “A B.” He directed us to the paper menus at the counter and made some suggestions of what to order. Since we were a large group, we put ourselves in his hands and asked for a few orders of sambusas and a couple platters mixing the meats from the entrees. 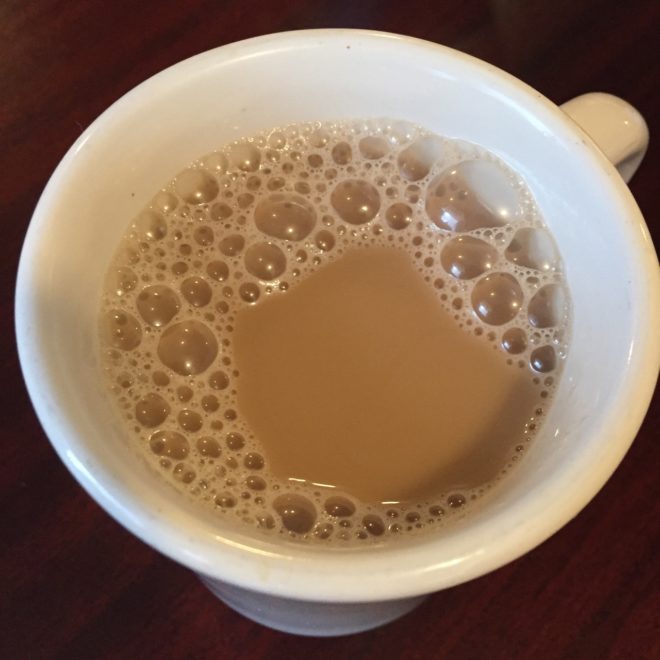 We  also ordered a few mugs of chai tea, which was rich and sweet with cinnamon, cloves, cardamom, and a touch of pepper. 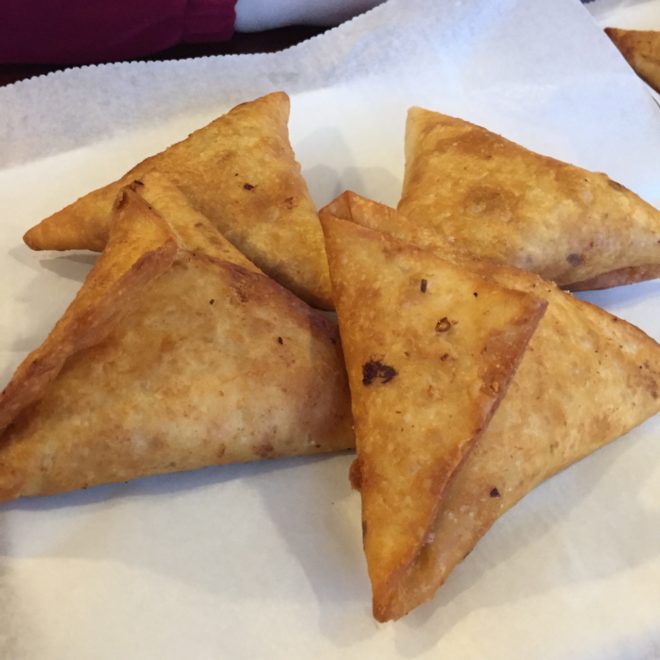 The sambusas arrived first and were swiftly polished off. Sambusas are triangular pastries filled with meats, veggies, and spices then fried up. It’s safe to say every culture has some version of fried dough wrapped about seasoned meats and vegetables. 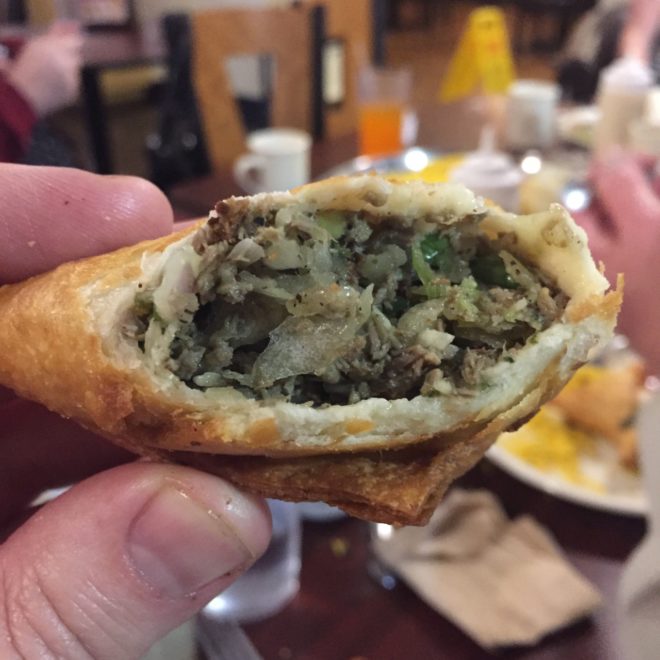 We ordered three different versions filled with chicken, beef, and veggies, each one finely minced into a nice even texture. 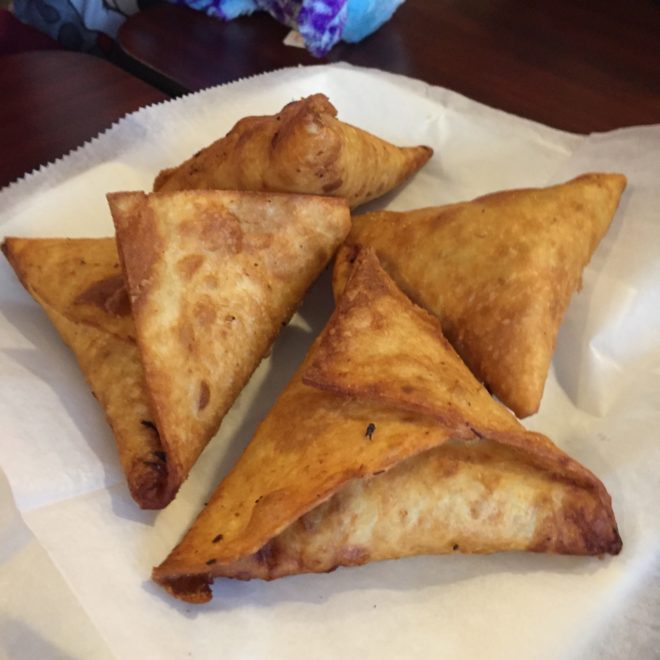 They’re all wonderfully crispy and well-seasoned. We could have made a meal just of those. 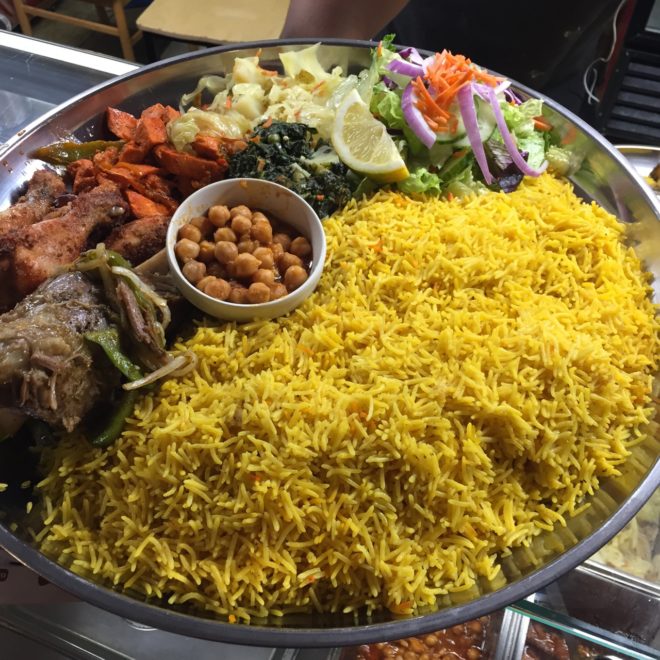 And after we devoured our sambusas and sipped our tea, our platters were ready. 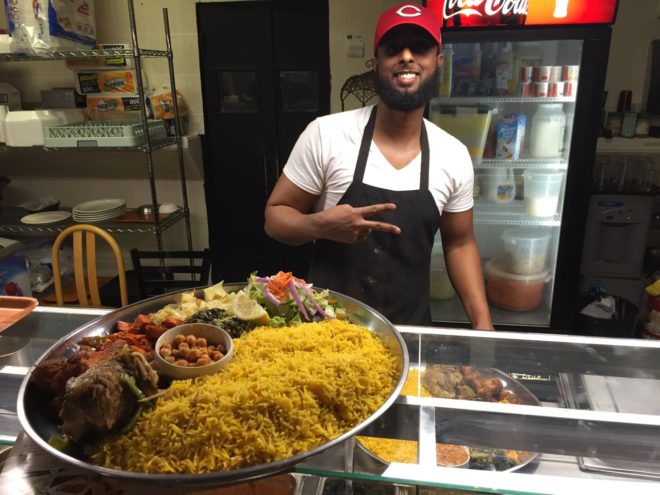 A B was a wonderful host. He answered all our questions and guided us through the menu. He counted heads and then created two platters that would feed the group. 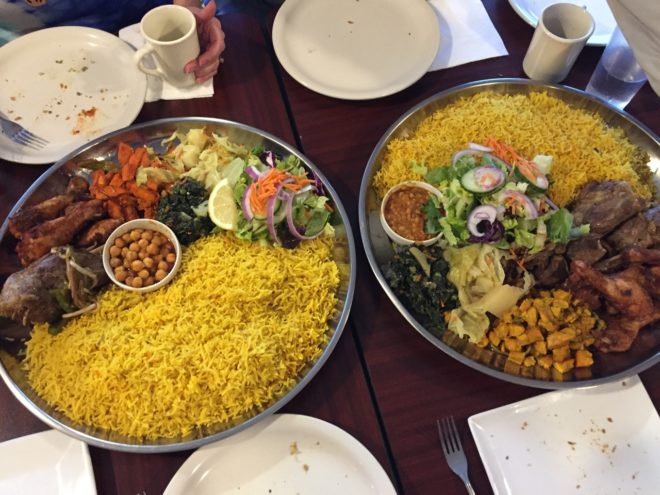 I can’t quite describe everything we had. The platters were full of saffron rice, a couple different types of diced chicken (one curried), chicken drumsticks, lamb shanks, and pieces of goat (for which they are known). There were sides of salad and cups of chickpeas and lentils. All of it was beautifully seasoned and tender.

“Hoyo” is the Somali word for “mother,” and that idea rang true for our visit. It was like discovering a new type of home cooking. Given the warm welcome and the rich variety of food, we’re already planning return visits.

Filed Under: Beyond
Tagged With: beyond breakfast, Columbus, Ohio, Somali