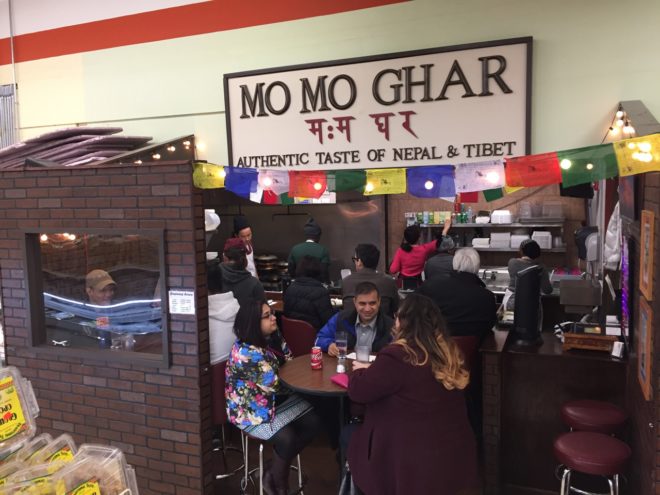 If you’re tapped into the food scene in Columbus, you’ve probably heard of Momo Ghar. Or maybe not. The tiny Himalayan food stall has garnered a huge amount of press, including top ratings on Yelp Columbus and being named a Best New Restaurant in Columbus Monthly, but it’s still quite the hidden gem. Momo Ghar is one of several stalls inside Saraga Market on Morse Road. It seats all of 10 people, putting it generously. We first learned about it late last year when Andy and Bethia from Columbus Food Adventures wrote about it for Columbus Monthly and then on Alt.Eats.Cbus. 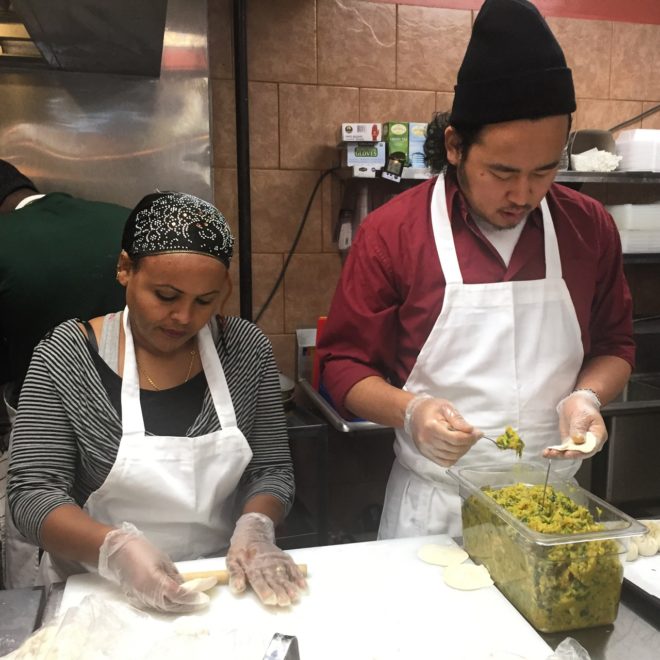 The food is worthy of all the accolades it’s been given, but the real draw is the experience of sitting – almost face-to-face – with the creators. It’s fascinating to watch the crew (we saw five people the last time we went) bustling around the tiny kitchen, rolling and filling the momos by hand. 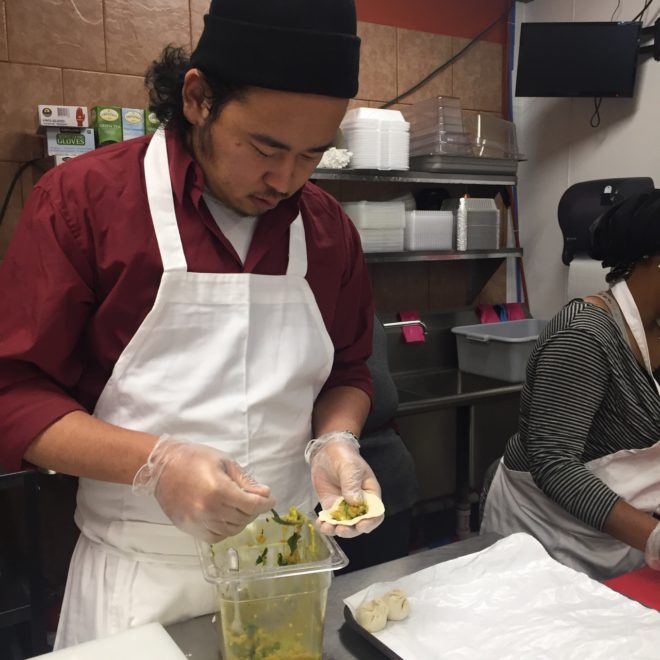 Momos, for the uninitiated, are Himalayan dumplings. Momo Ghar features a variety of steamed and fried dumplings from Nepal and Tibet. They’re one of those foods, much like the handpie/pasty/samosa/sambusa, that’s an international language itself. Every culture cooks some version of the dumpling. 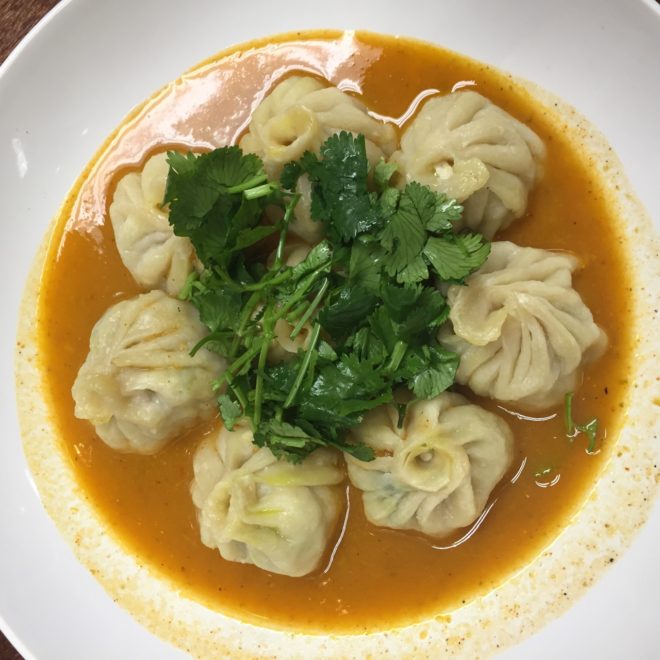 The menu features about 9-10 dumplings plus a couple sides. The main feature are the jhol momo. You’ve probably seen them popping up on Instagram. They’re a Kathmandu Valley style momo, according to the menu, and are filled with chicken and spices, then served in a spicy broth. They’re a must-try. 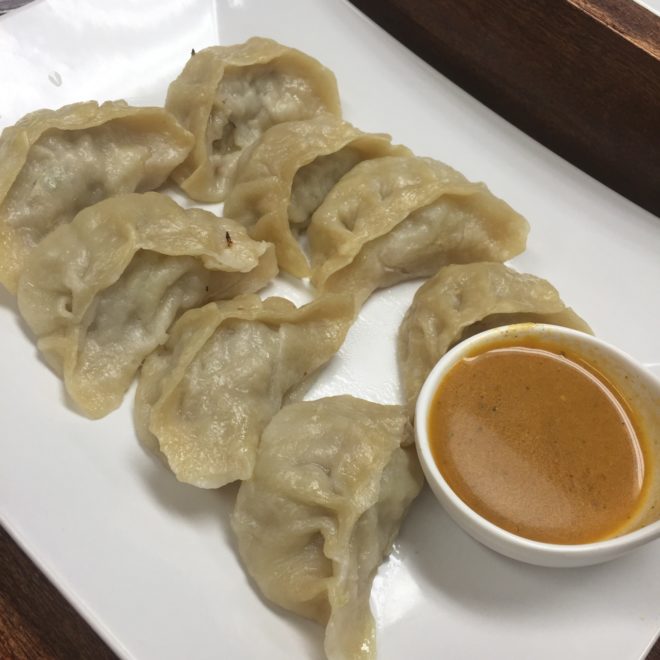 We also tried the Tibetan momo, which are filled with pork and served steamed. 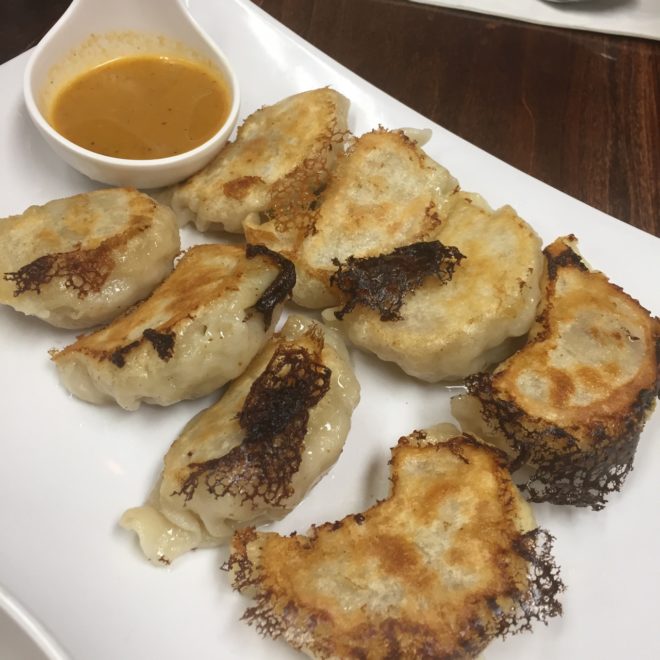 Plus the Kothey momos, which are similar to the Tibetan style but served fried. All excellent, and again – all made even more amazing by the joy of watching them make the dumplings and interacting with them. I think we need more culinary experiences like this, ones where we can explore a new type of food and come face-to-face with the wonderful people creating it.

If you go, understand the stall is very small and you may have to wait for a seat (you can also order carryout). They do sell out sometimes, too, so call ahead or keep an eye on their social media.

And leave yourself time to shop at Saraga Market, too. Maybe pick up a few pastries from Panaderia Mi Pueblo on the way out…