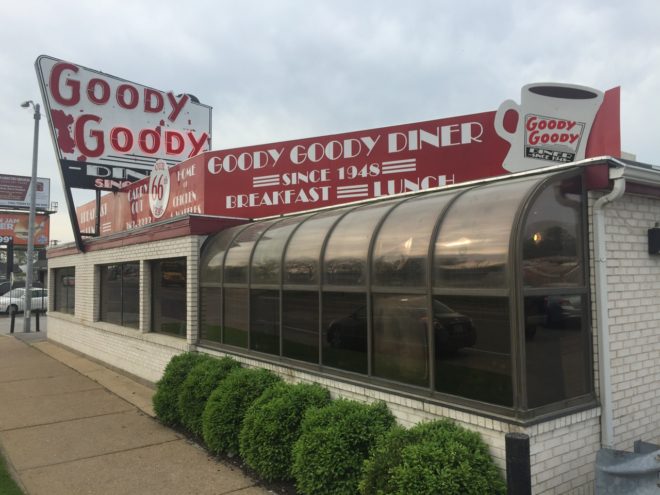 Goodness, how I love diners. They’re all the same, but they’re all completely different. Diners have owners, yes, but they’re owned by their cities, their neighborhoods, the generations of families who have visited them.

On a spring break trip to St. Louis, we got a taste of the city through one of their diners: the Goody Goody. 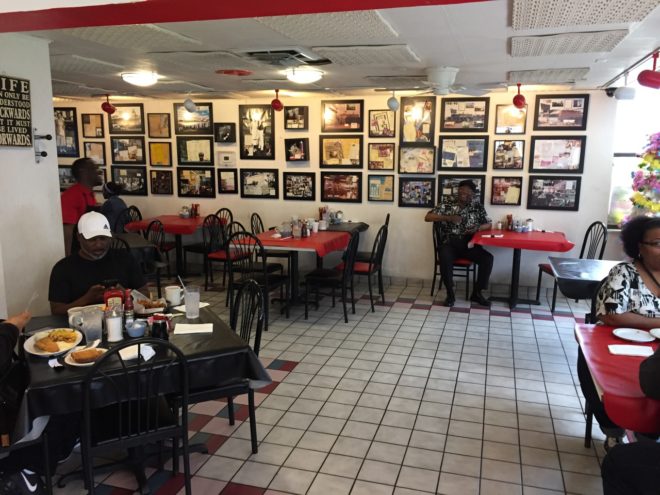 Goody Goody has all the markings of a diner: tile floors, splashes of red, booths and tables lining the walls… 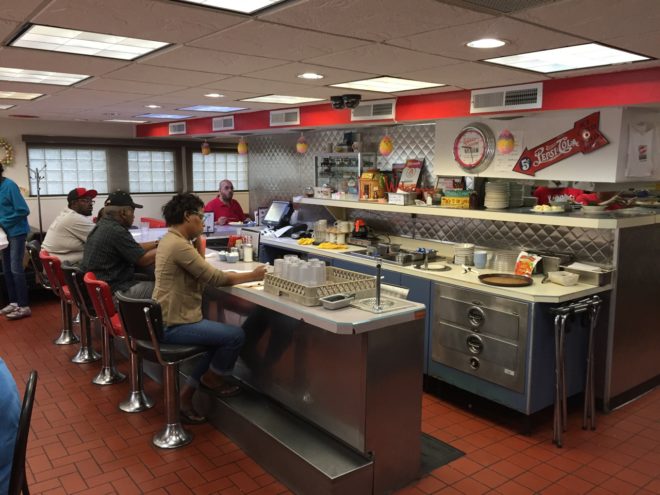 …a counter with swiveling chairs. 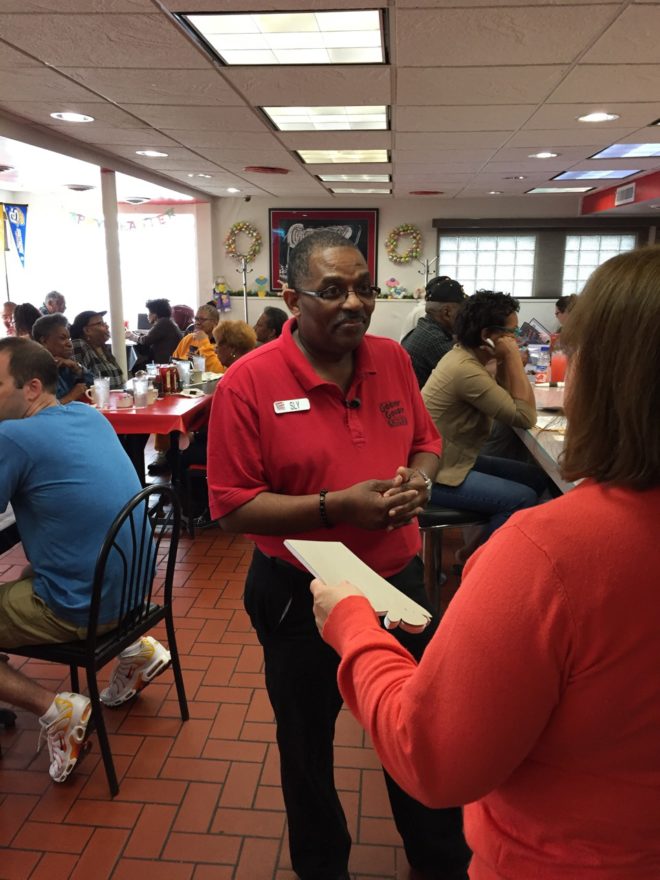 And first and foremost: a hospitable welcome. We were greeted at the door by Sly. Here he is getting interviewed by a local TV station. Sly extended a warm welcome and before leading us to our table, composed a poem for us on the spot, an improvised verse ending with “our chicken and waffles are killer.” 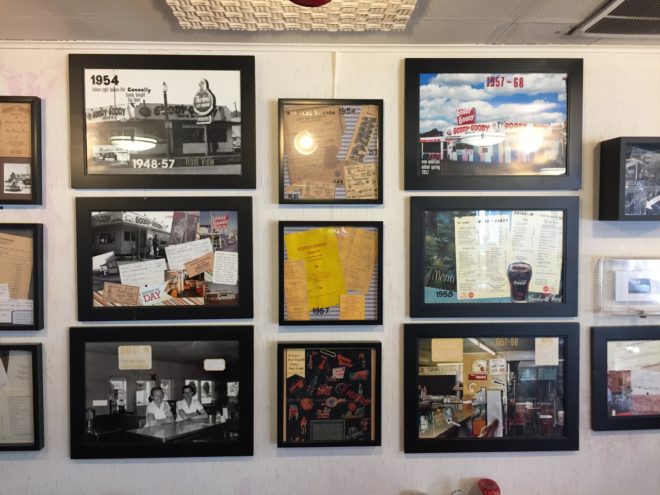 While we waited for our food we admired the wall of old photographs, menus, and articles. The current owners have owned the diner since 1954. 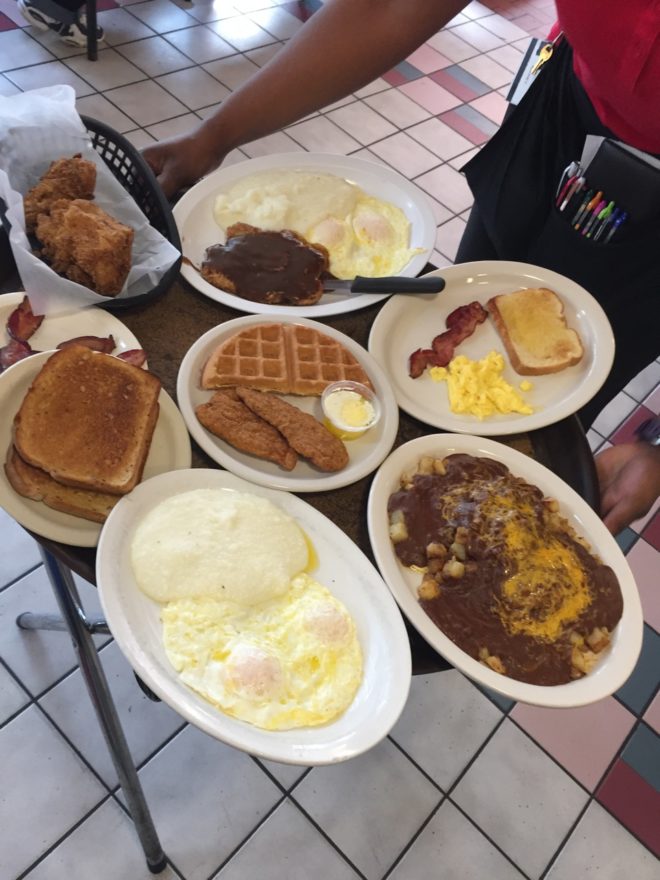 And then our food arrived! Another diner notable: big platters of comfort foods. 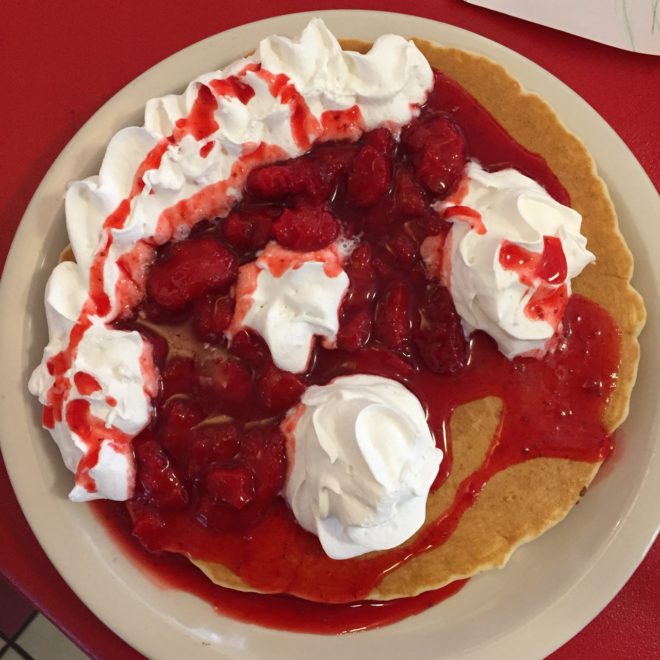 Many of the kids ordered the pancakes with strawberries. 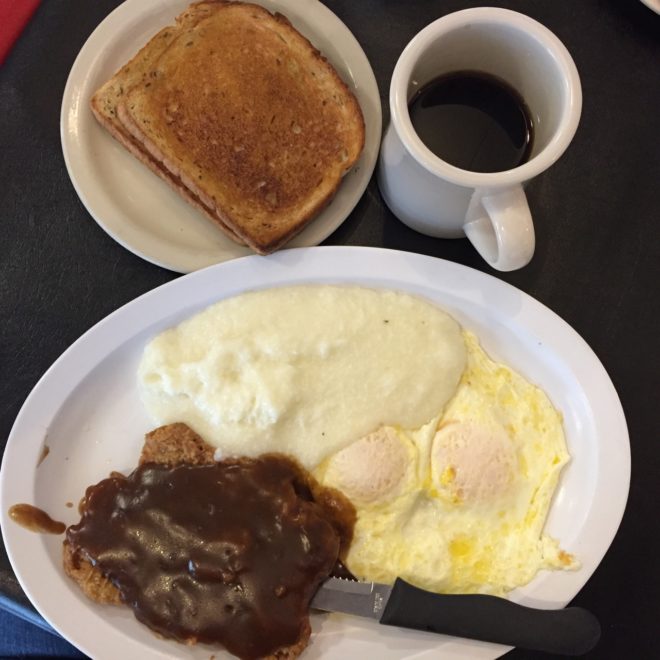 There’s the country fried steak with your choice of brown, country, or sausage gray. 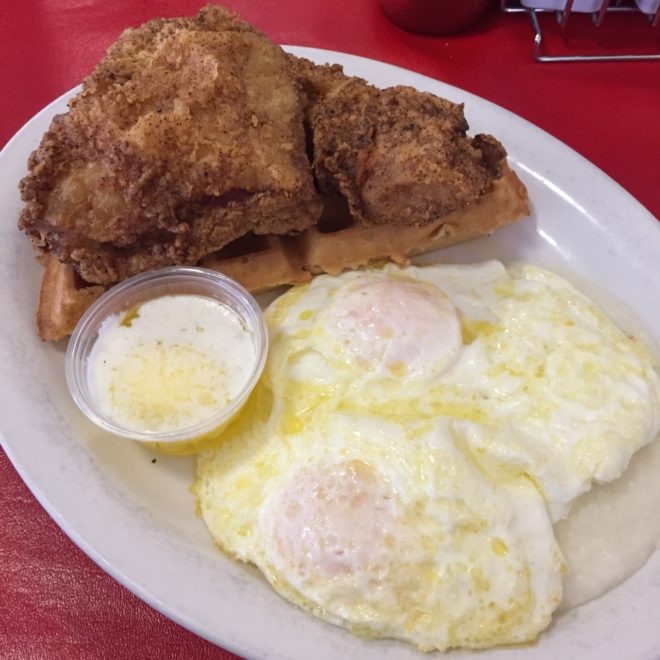 The chicken and waffles which were, as Sly promised, “killer.” 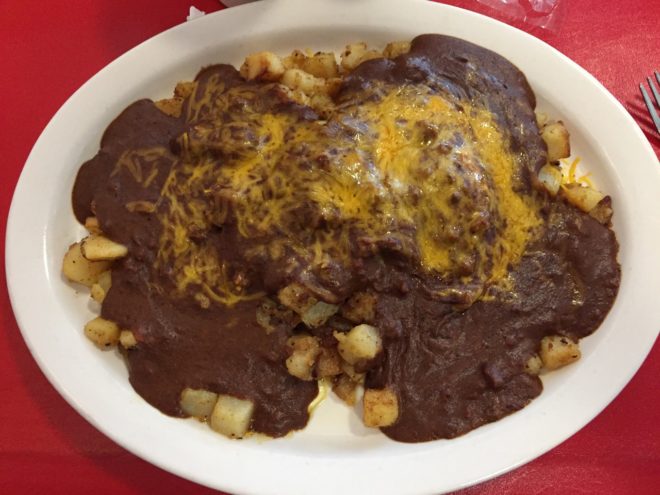 The evening before we had watched the St. Louis episode of Andrew Zimmern’s Delicious Destinations, where he featured a St. Louis breakfast dish known as The Slinger. So when I saw it on the menu… I had to order it. For research purposes. 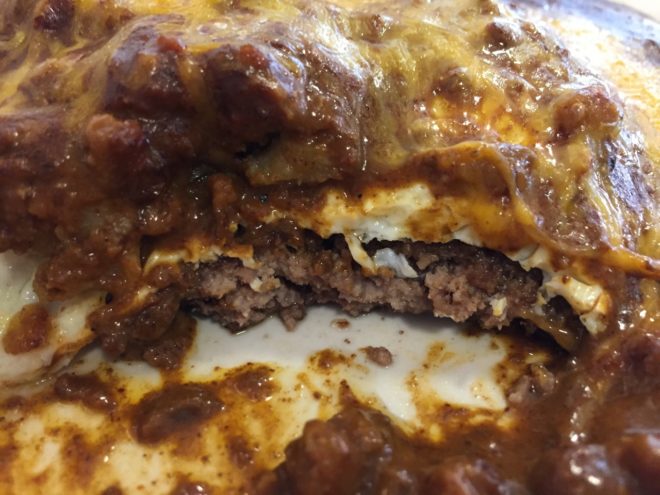 The Slinger is one of the heartiest breakfast I’ve had in a long while. It’s built on two hamburger patties, two eggs, potatoes, chili, and cheese. The dish could be a bland mess if the chili wasn’t done properly, but Goody Goody’s version was well seasoned. The dish is exactly what you’d expect to it be, and like the whole diner, it was a filling delight.

Filed Under: Breakfast, Travel
Tagged With: