A Taste of Ohio – The Top Five 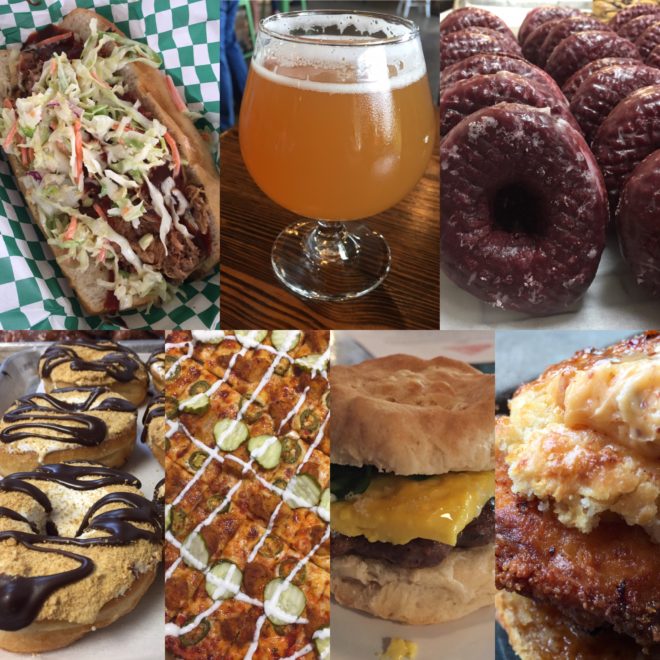 This October St. Louis will play host to Flavored Nation, what’s certain to be the most talked about food event experience since the 1904 St. Louis World’s Fair. The event will feature tastes from every state in the country, and I have the pleasure of seeking out the signature taste of Ohio.

I asked people on Facebook and Instagram their thoughts on the iconic flavor of Ohio and got a variety of responses, including:

It’s a curious mix of things. Definitely some German and Eastern European flavors, as a nod to early settlers of the region. There are a lot of meats on that list, especially prepared ones like bacon, goetta (a Cincinnati staple of meat, oats, and spices), chili, bologna. Some regional fast food chains. Some home-made recipes. And some sweet flavors like ice cream and our favorite chocolate-and-peanut butter combo.

The challenge for Ohio, as many pointed out, is that the state is a collection of regions, from old industrial cities along Lake Erie, to cities dotting on the Ohio River, to small towns set amongst farmland, to the rolling hills of the southeast, to the planned capital of Columbus.

1. Chili: There are regional differences in style, but chili seems to be a common comfort food across the state. We serve up hearty bowls of it in the winter, and we top our hot dogs with it in the summer.

2. Ice cream: I have to agree with Kylie’s sentiment: Ohio is big on ice cream. It helps that our state features farmland with plenty of dairy producers to supply everything from classic heritage brands to newer boutique shops. From Jeni’s in Columbus to Velvet Ice Cream in Utica to Young’s in Yellow Springs, we make these ice cream shops a destination.

4. Bacon: Bacon had multiple proponents, and I think you could make a strong argument for it. Ohio pork producers have blessed us with the best part of breakfast for decades. Bacon can be down-home or artisanal. It’s another nod to our agricultural strength, and speaks to our skill at producing, curing, and smoking meats. Also, you can put it in/on anything, and it automatically makes the dish better.

5. I’m going to make my own addition here: Donuts. We’ve discovered so many old school donut shops across the state, in every big city and every small town. There are family-owned donut shops that have served their communities for decades. Everyone measures all other donut places against their hometown shop – just like the neighborhood diner.

Disclaimer: this post is sponsored by Flavored Nation. Opinions are my own.