A Stay Under the Stars at the Hotel LeVeque 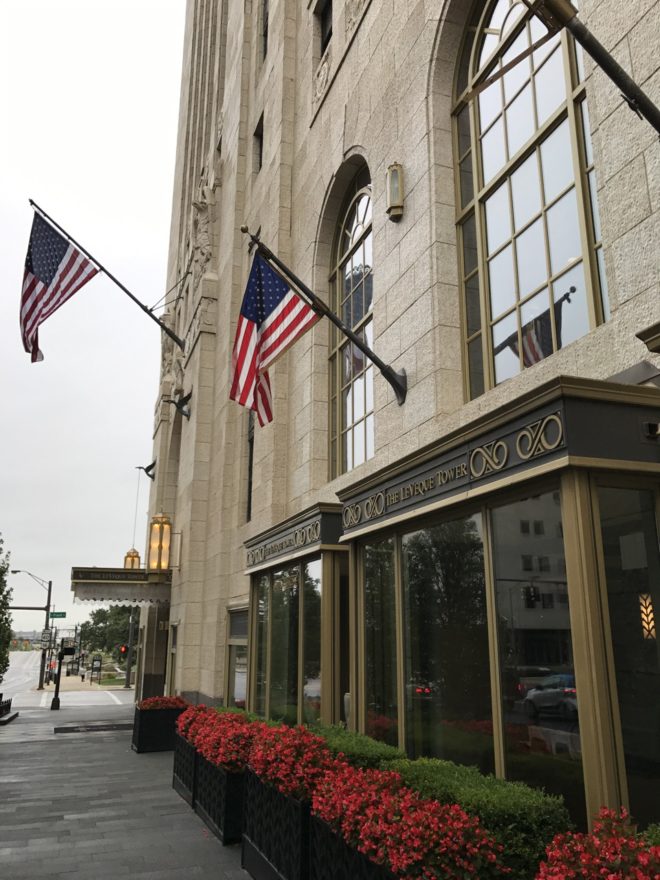 After living in Columbus for nearly 15 years, I set foot inside the LeVeque Tower for the first time this past January. That was the day of a hard hat tour of the under-construction Hotel LeVeque, a complete overhaul of the first 10 floors of the building into an event space, restaurant, cocktail lounge, and one of the Marriott’s Autograph Collection of boutique hotels. The renovations have long since been completed and the hotel opened this spring, and over Labor Day weekend Beth and I were able to celebrate our 16th wedding with an invited stay and dinner at the hotel! 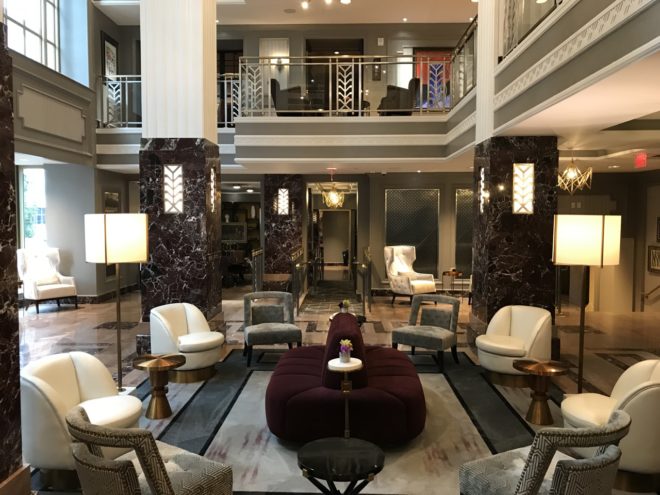 The hotel’s design has effectively married the existing Art Deco touches of the tower (it was built in 1924) to a theme of stars and constellations. Entry from the main doors on Broad Street brings you into the building’s lobby, where you’ll find a Starbucks, the building’s original elevators, stairs to The Keep, and a walkway leading to the hotel lobby. 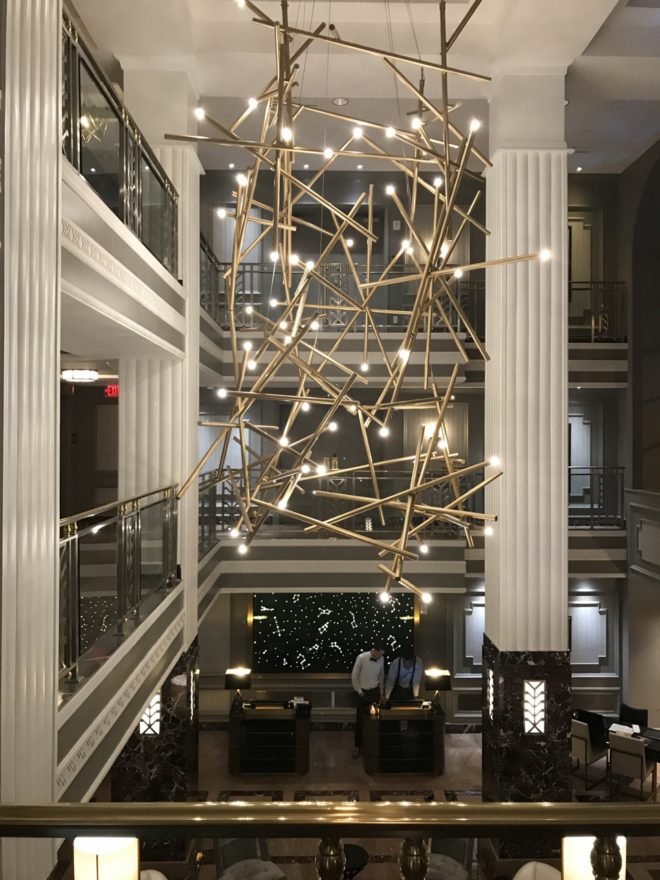 Hanging in the lobby is a two-story chandelier that establishes a sense of sitting under the stars. 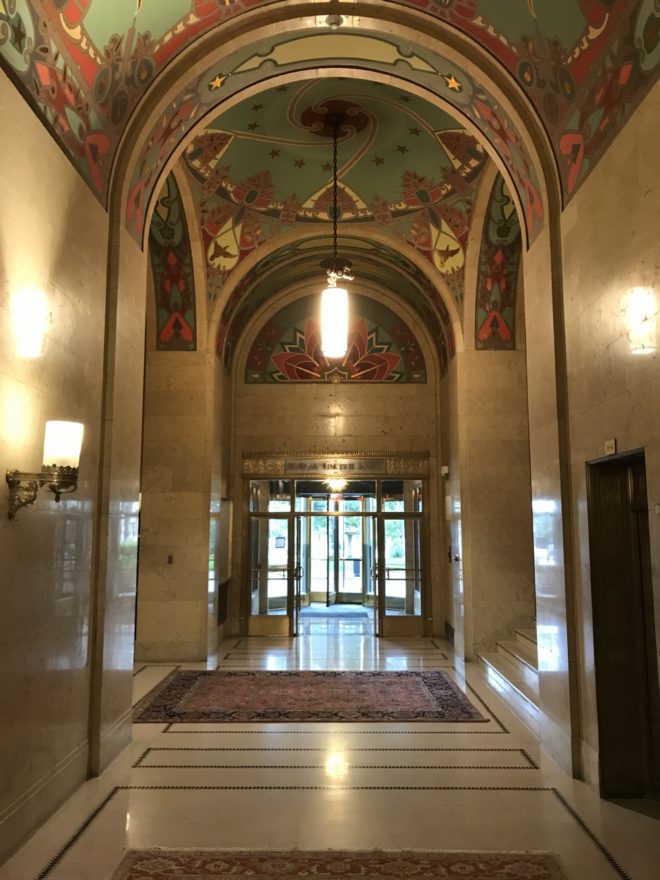 Take time to stroll into the LeVeque Tower’s lobby to see the original decorations, all restored in recent years. 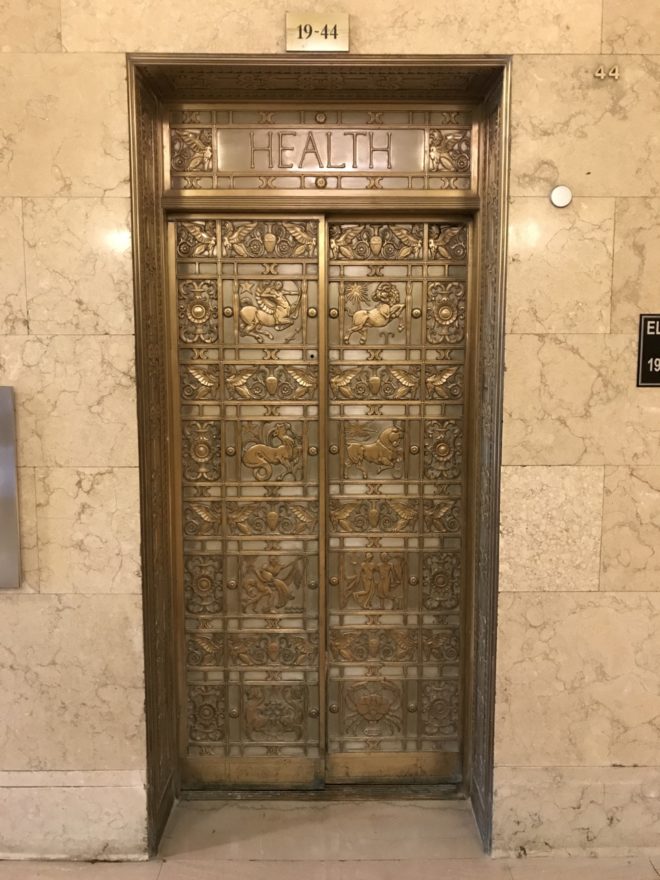 And note the old elevators labeled with Health, Prosperity, and Happiness. 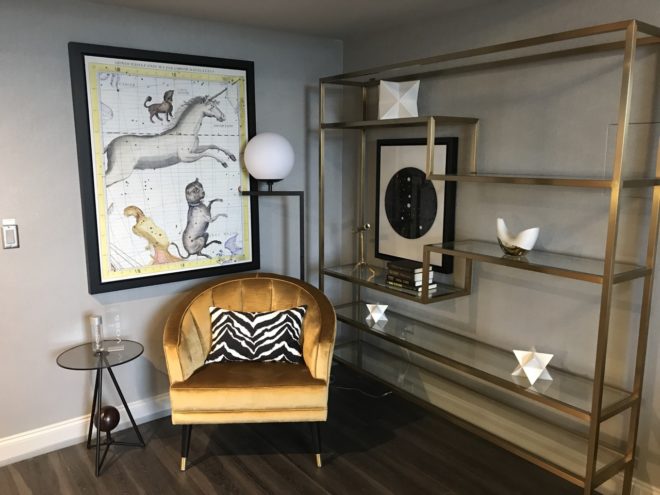 A set of modern elevators branches off the hotel lobby; they’ll take you up to your room. Each room is beautifully appointed, comfortable yet with a sense of elegance. And you’ll note the celestial theme in details large and small throughout. 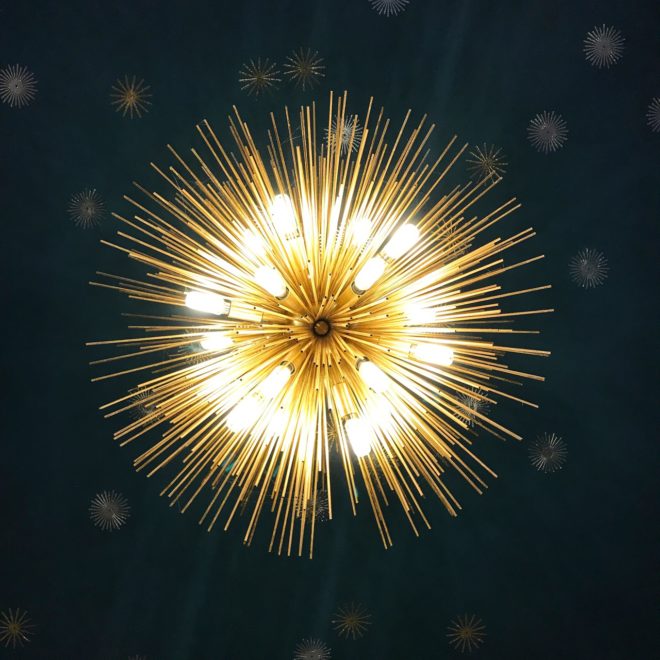 Most notable are the lighting fixtures overhead. 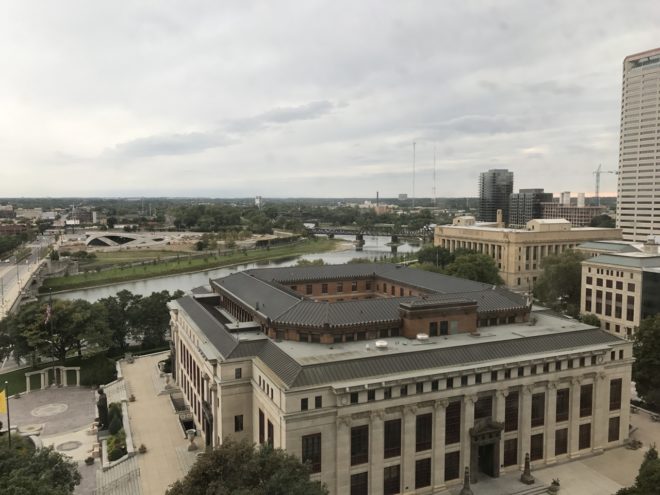 The hotel also offers lovely views of downtown and the riverfront. Our room looked west over COSI, City Hall, North Bank Park, and beyond. The skyline will look even more beautiful once Vet’s Memorial is completed across the river. We love that they preserved the original windows to the building; rather than taking them out completely, they’ve added modern windows over them, so as you’re gazing outside you can see both sets. 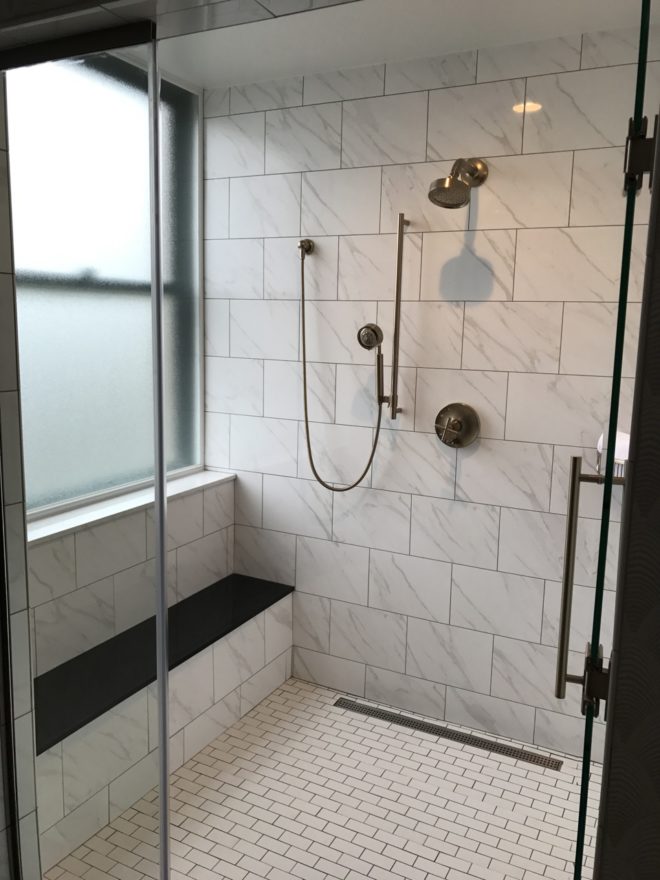 And the bathrooms! They’re decorated in white tile, and they seem to sprawl on and on. Our cameras couldn’t capture their size, even just of the shower stall. The shower itself is bigger than most of the bathrooms in our house. 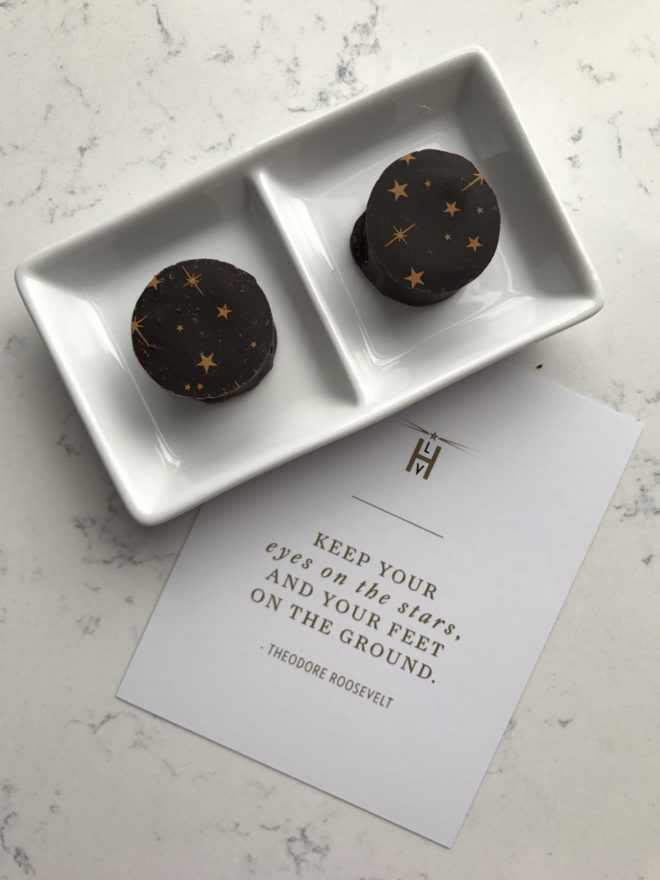 The little details matter, like the welcoming chocolates and the meaningful quotations… 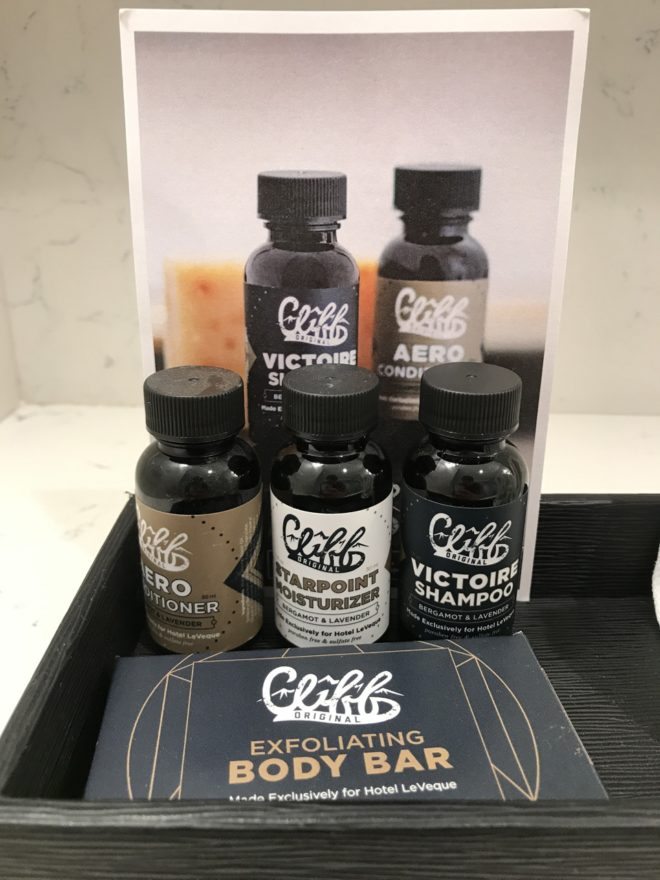 …and the use of local products like Cliff Original soap, shampoos, and moisturizers. 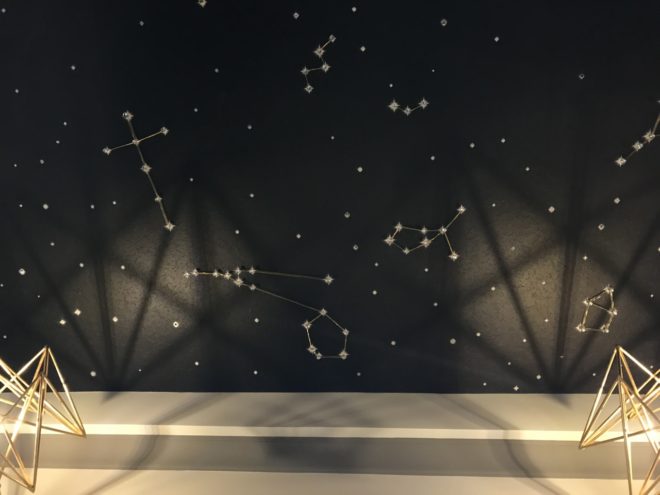 Everywhere you look you’ll spot the star theme. Each room is equipped with a star lamp that, when you dim the lights, projects the night sky across the ceiling. You can even set it so the occasional shooting star scoots across the sky. 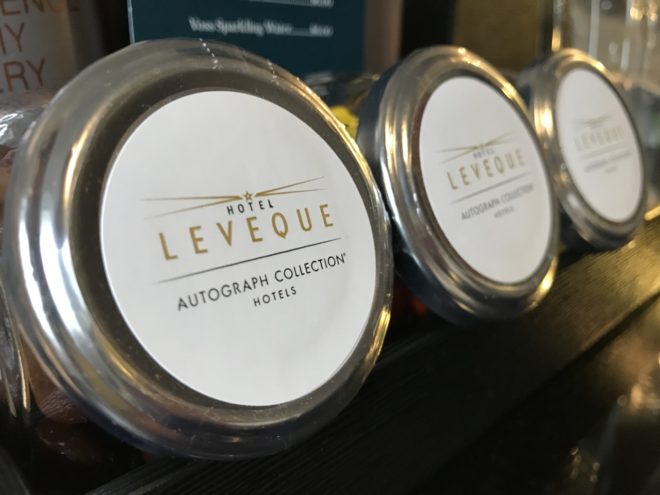 Each room comes with complimentary bottled water, and the mini bar is well stocked. 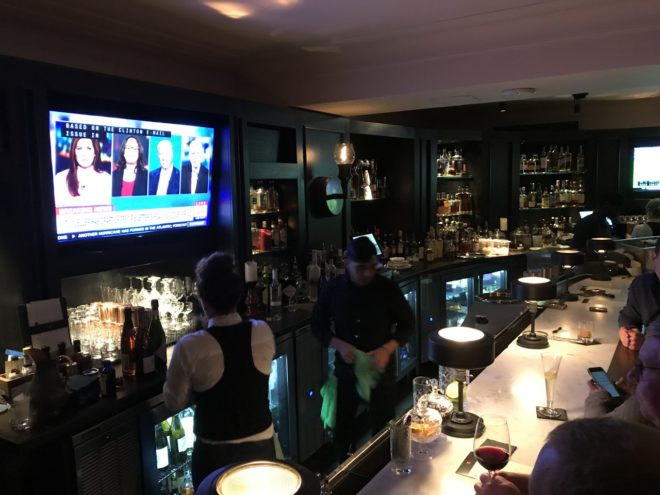 It’s pretty much mandatory that a stay at the LeVeque includes at least one visit to the The Keep brasserie and cocktail bar on the second floor. 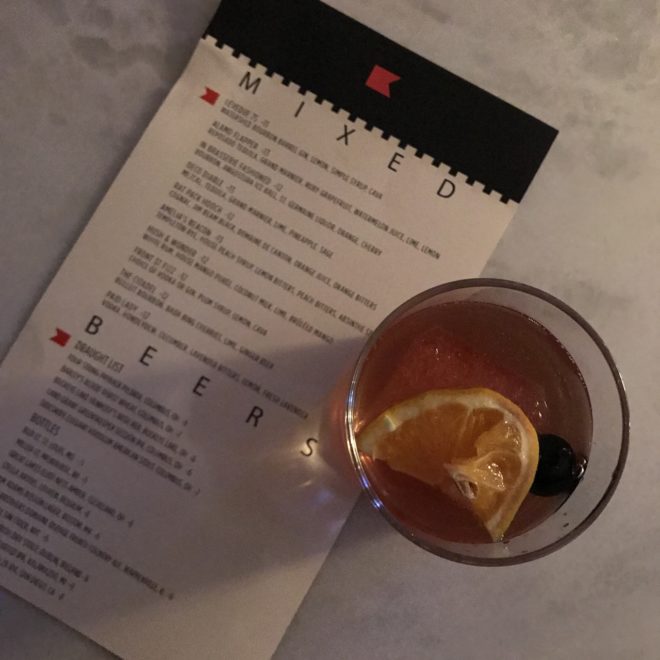 The full restaurant at The Keep just launched, although the cocktail bar has been open since late spring. 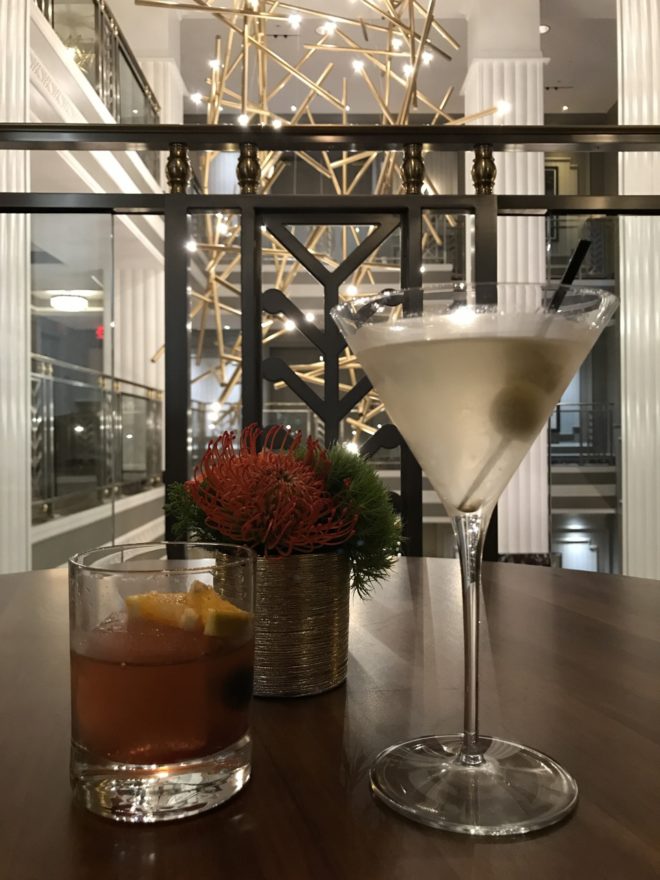 The Keep’s bar section includes an L-shaped bar with marble countertops, plus a collection of large and small tables, comfy chairs, and couches throughout the long, narrow space. The bar opens onto the mezzanine, where you can lounge in the chairs and look out over the hotel lobby. 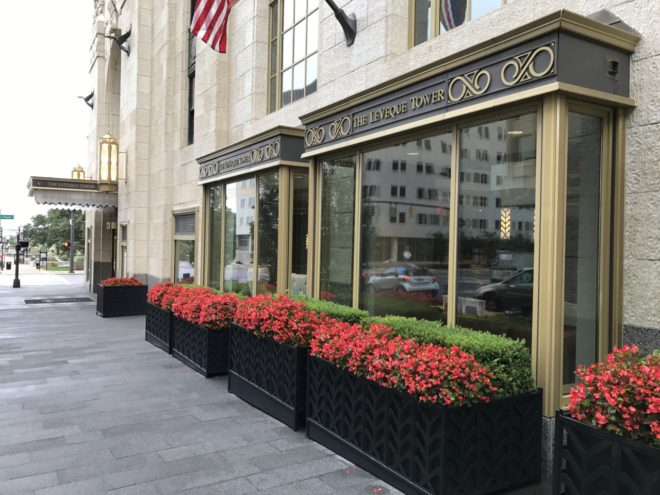 It’s lovely to see this Columbus icon restored and reborn in a new way. Even better that it’s not just offices and private residences, but that it’s a hotel and bar/restaurant that’s open to the public. We’re certainly excited for our next stay there!

Check out their dinner offerings at The Keep here.

Disclaimer: our hotel stay and dinner at The Keep were provided by the Hotel LeVeque. Photos and opinions are our own.