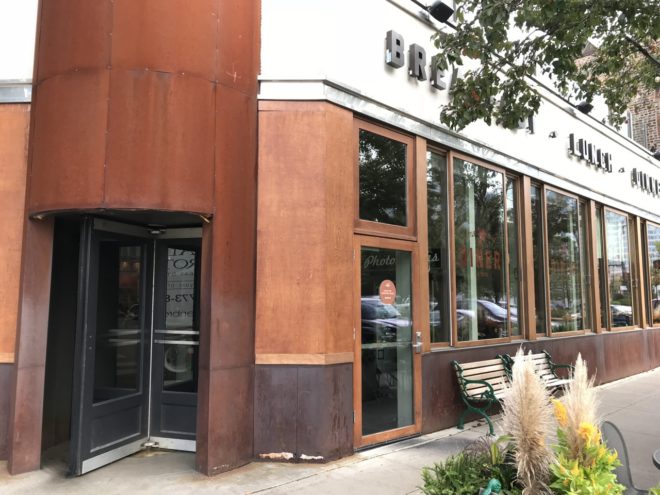 On our recent re-discoveries of Chicago (read part one here!), we spent some time exploring the West Loop, with a focus on a couple of the restaurants of Stephanie Izard. We’ve been fans of hers since she won season four of Top Chef back in 2008, so our Friday morning breakfast led us to her Little Goat Diner. 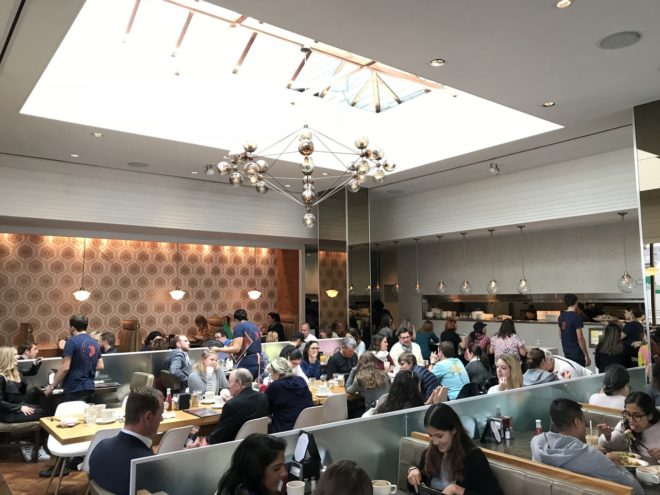 The physical space of Little Goat has all the trappings of the classic diner paired with some upscale touches. There are the obligatory booths, a long counter that gets a narrow view into the kitchen, giant mugs of coffee, little napkin dispensers and Heinz ketchup bottles. 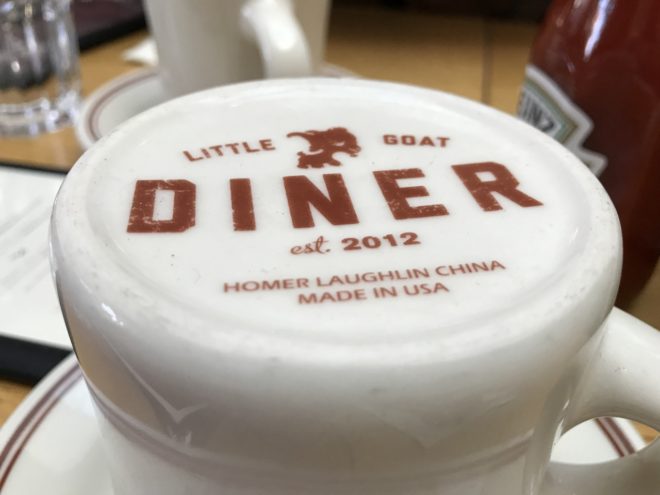 If you order coffee, your server will flip over your giant ceramic mug, on its own diner-appropriate ceramic saucer with brown edging. 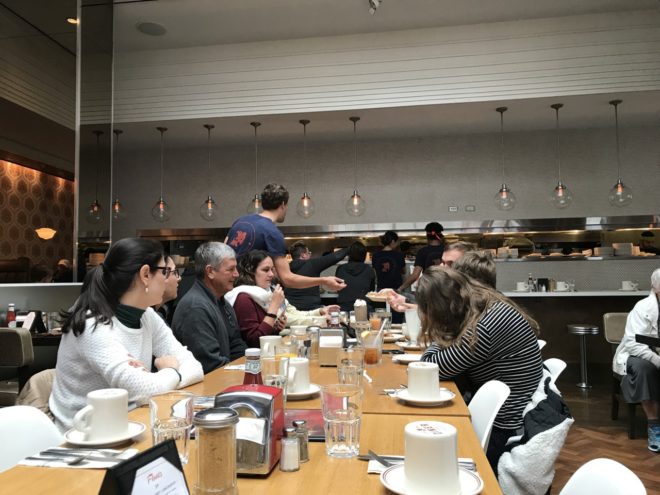 In the center of the restaurant, sitting under a triangular skylight and a funky chandelier, is a long community table. The four of us were seated at one end. 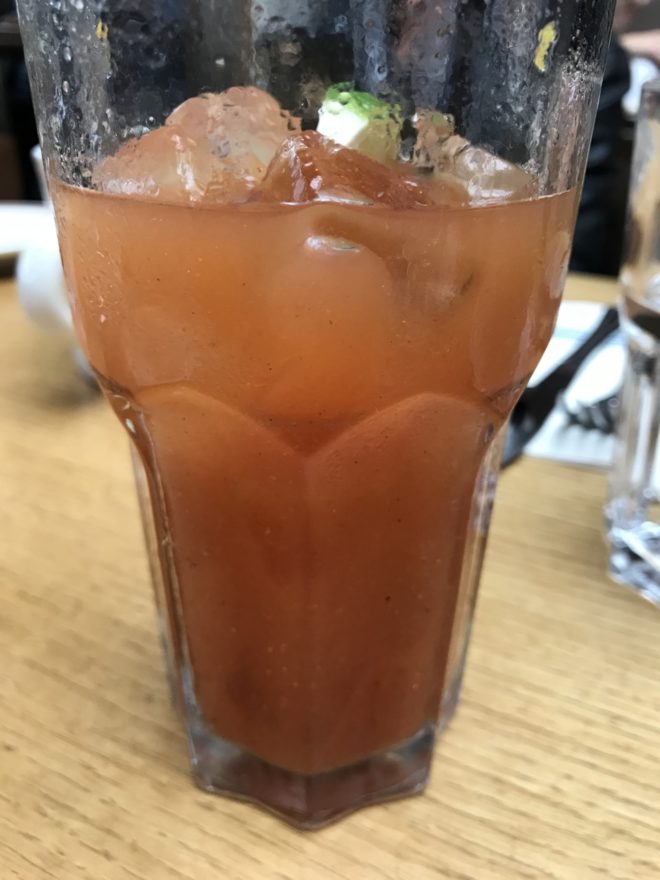 We began breakfast with a little coffee and a little (but not little) Bloody Mary, which was nicely balanced and medium-bodied. 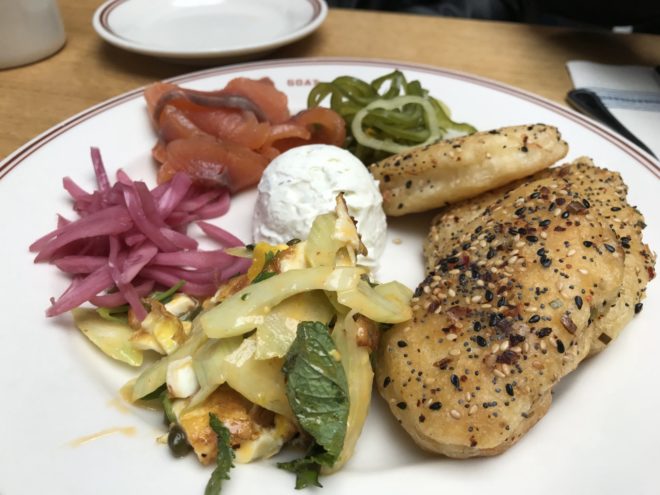 After relaxing and sipping our beverages, a parade of breakfast dishes rolled out, and we were introduced to one of the richest breakfasts we’ve ever had.

Case in point: the Everything is Everything Crumpets. A collection of super-buttery house-made crumpets with everything seasoning on a platter of lox, pickled veggies, a tzatziki cream cheese, and a fried egg salad. 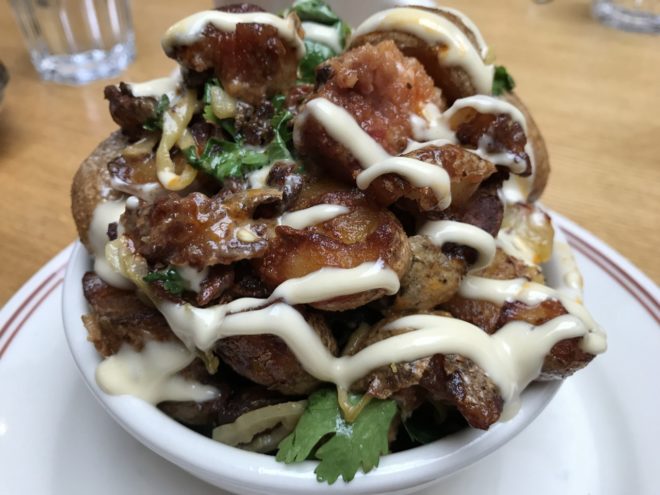 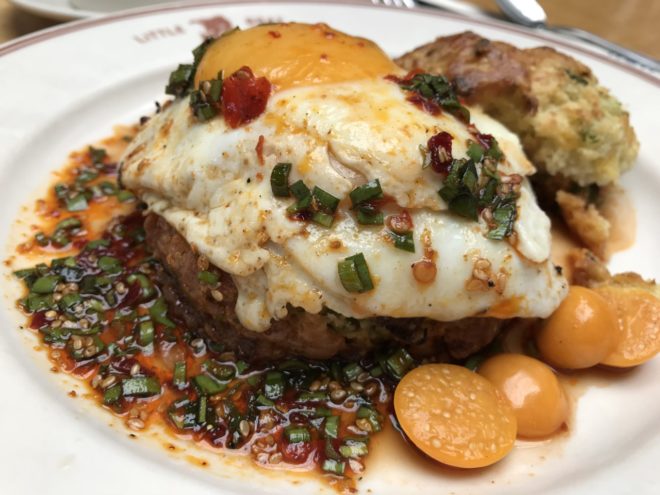 Our main course was called This Little Piggy Went to China. It’s essentially eggs, sausage, and biscuits, with marked with distinctive Szechuan flavors. The two sunny side up eggs sit on a tangy Szechuan pork sausage patty and a sesame cheddar biscuit. It’s all dowsed with a rich chili garlic chive sauce and accompanied by sweet and tart gooseberries. Each bite is a little burst of sweet, salty, savory, and a kick of spice all rolled together. 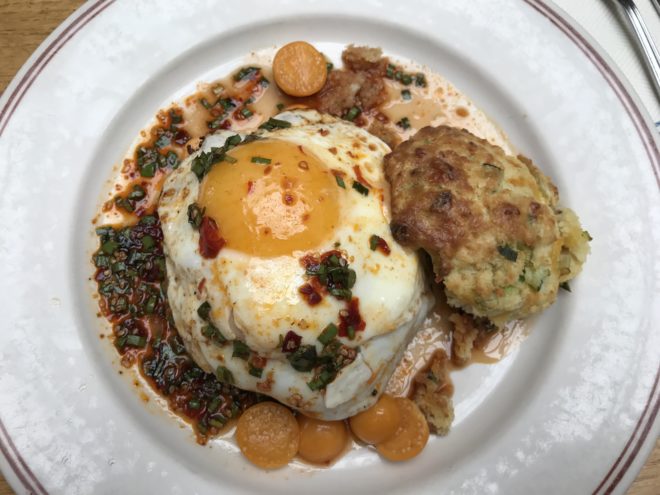 The portions were big, to be sure, but it was overwhelming (in a good way) more so in its richness. Beth and I split the side of hash browns and the Szechuan egg dish and we still couldn’t finish them, they were so loaded with flavor. 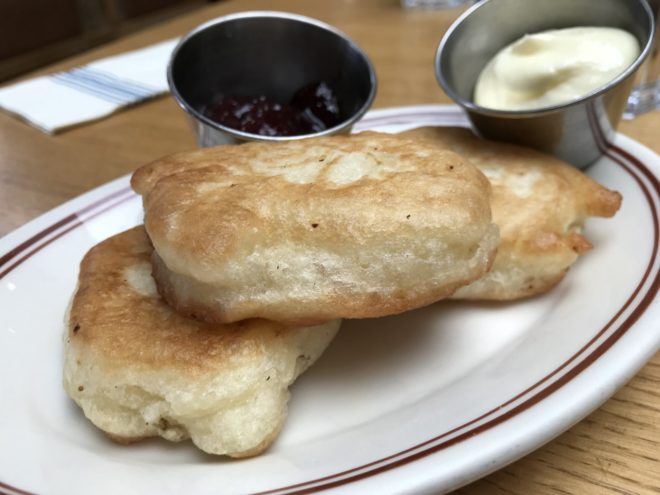 Even the side of crumpets (there’s a bakery and coffee shop attached to the diner) was incredibly rich and buttery. 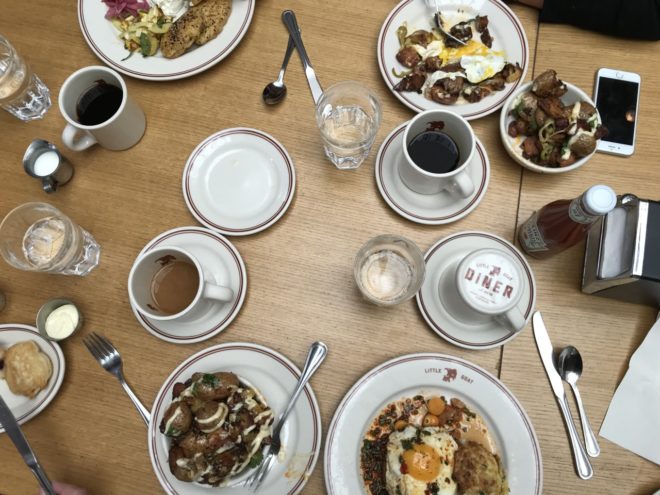 None of this is a complaint, to be clear. It was one of the more interesting breakfasts we’ve had recently, and I can’t wait to get back and work our way through the menu. 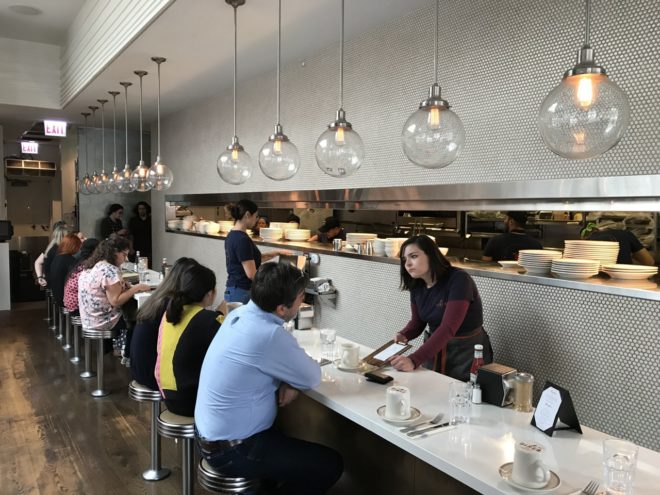 Maybe next time we’ll snag a seat the counter. 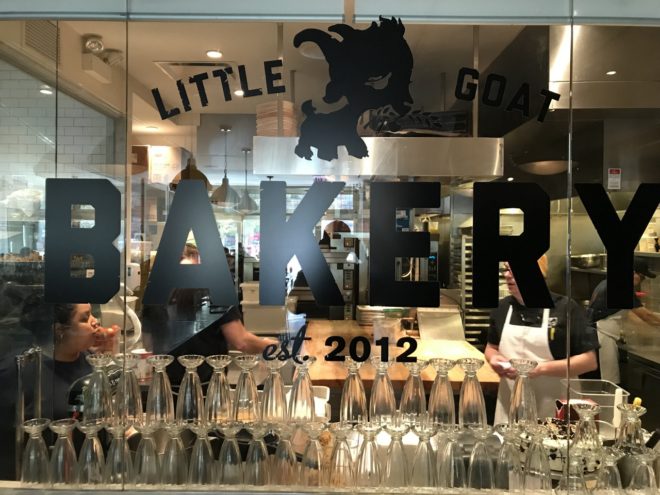 And linger a bit at the bakery and coffee shop.

We hung out there a little bit afterwards, and were afforded the bonus of briefly meeting Stephanie Izard herself!

You can keep reading our other Chicago adventures, and stay tuned for our visit to one of her other restaurants.