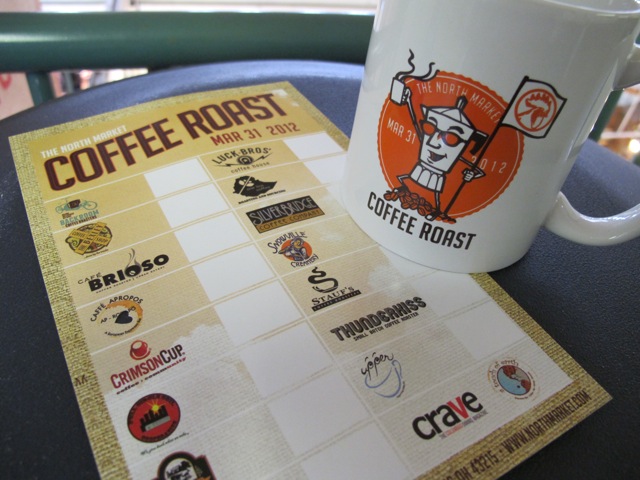 In case you weren’t one of the 1500 people who descended on the North Market this past weekend, I snapped some pictures of their first (hopefully of many) Coffee Roast. The Coffee Roast was designed to feature over a dozen Columbus roasters (plus two Ohio dairies). Many people have been championing the excellence of Columbus coffee culture, and this event went a long ways towards exposing our incredible roasters, brewers, and baristas to new audiences. 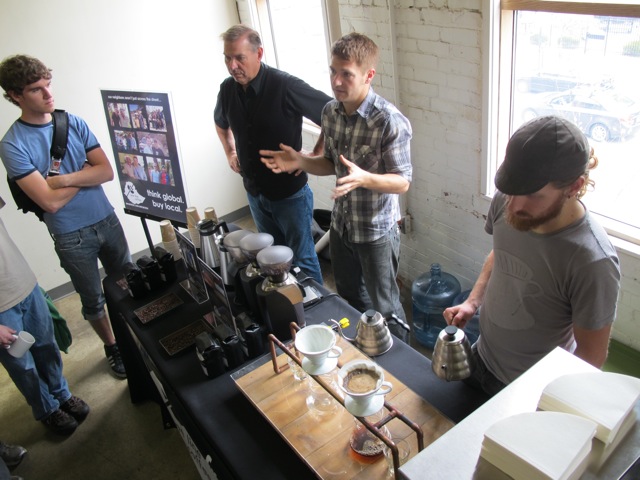 The excitement of the roasters and brewers was palpable. Every single table was run by people passionate about what they’re doing. They spoke with customers. They described flavor profiles. They demonstrated brewing techniques. They advocated. I ran into J.J. from Cafe Brioso, and when I asked him how he was doing, he said he was right in the middle of what he always wanted to do. 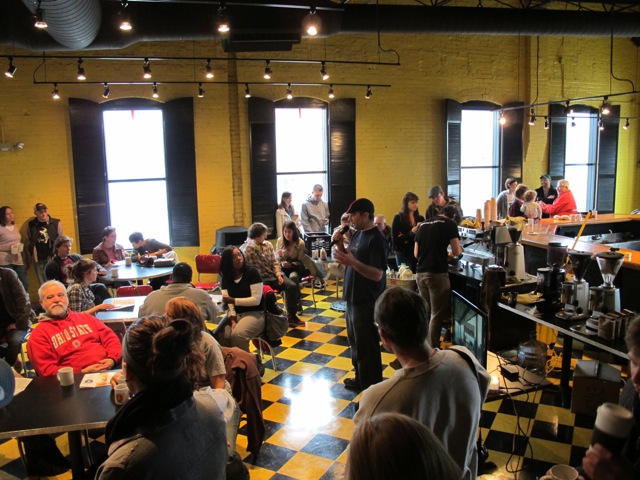 The event took place on the upper floor of the Market. In the main event area, a series of speakers discussed and demonstrated coffee brewing techniques, origins, and roasting. A handful of roasters were situated there, too, along with the home roasting competition. Pictured here is head roaster Jeff Davis from Brioso speaking. 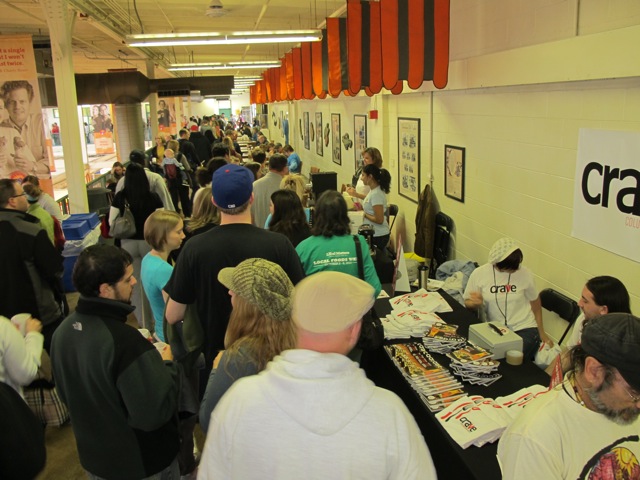 The rest of the roasters were spread out around the upper floor. There were some long lines, but that’s to be expected with an event like this. Especially the first time around. 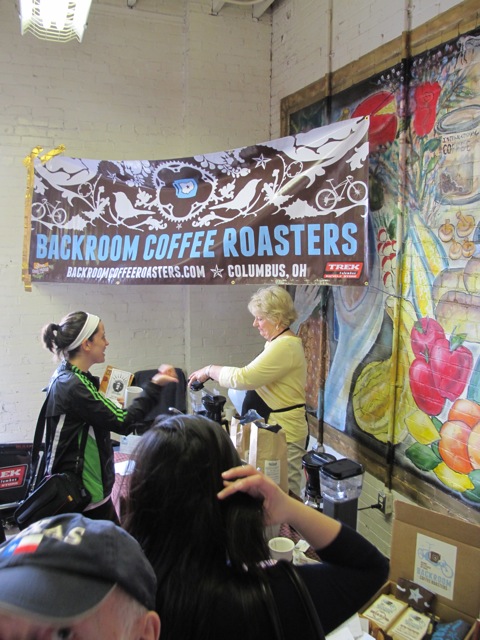 Each roaster had a table. All of them sampled their coffee, mostly hot, some iced. Some were selling whole beans as well. Here’s Backroom Coffee Roasters tucked into a corner. 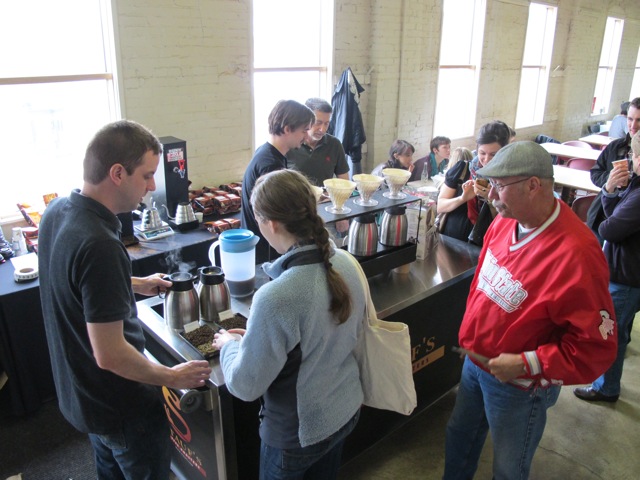 The joy, of course, was getting to sample so many different brews. This is the brew bar from Stauf’s. 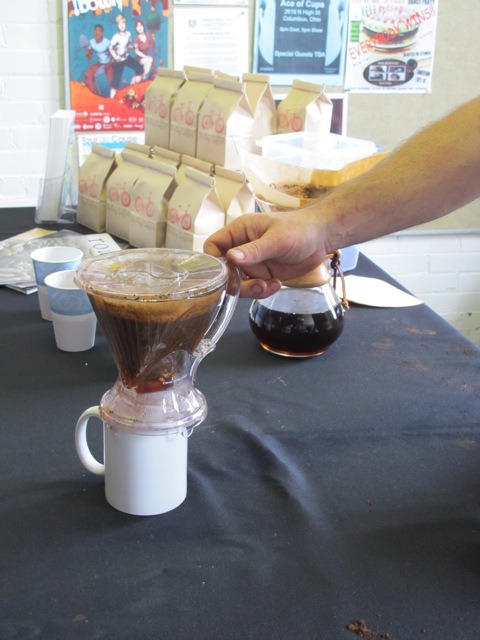 Most of them were serving pour-over coffee. This generally meant smaller batches of coffee (and slower lines), but it also meant that guests got to taste coffee properly. This sample above is from the Bexley Coffee Shop. 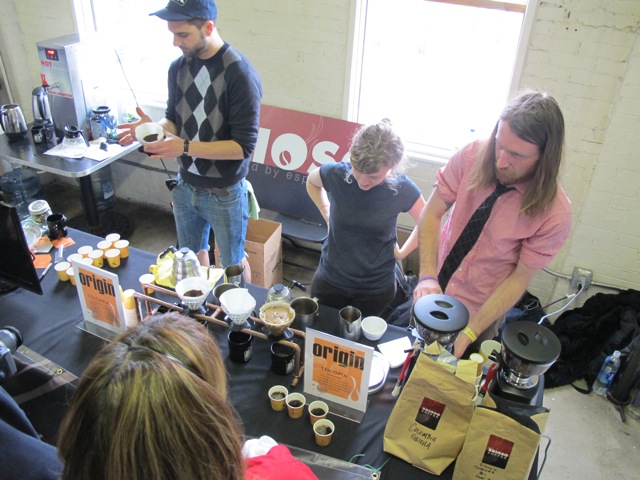 Here’s the crew from Brioso sampling both a Columbian and an Ethiopian blend. 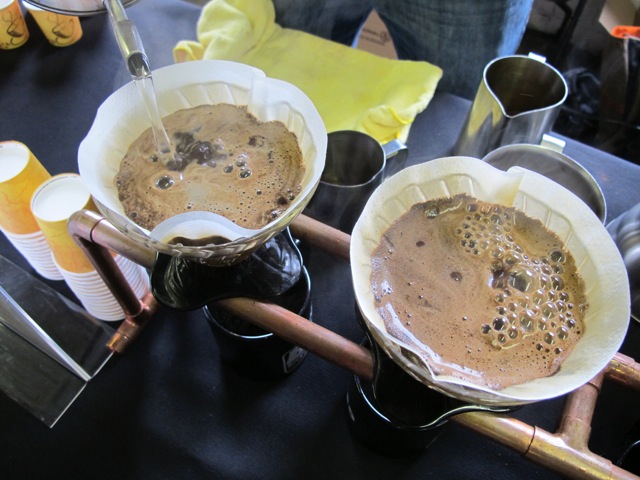 They kept the coffee a-flowing. 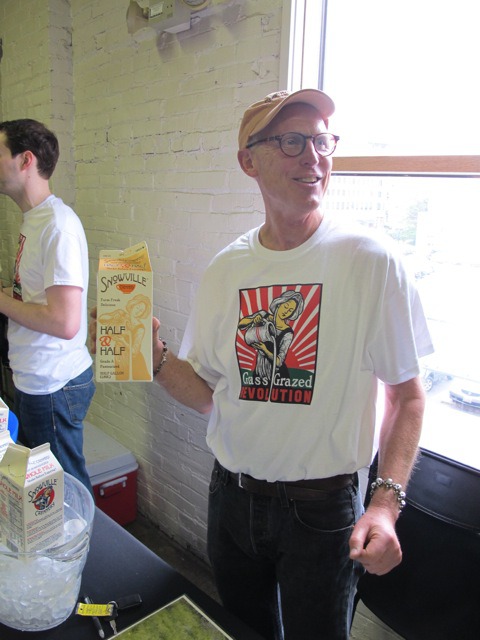 Of course, milk goes well with coffee. And if we’re talking milk in Ohio, of course you’d expect Snowville Creamery’s Warren Taylor to be there. He was preaching the Snowville gospel. 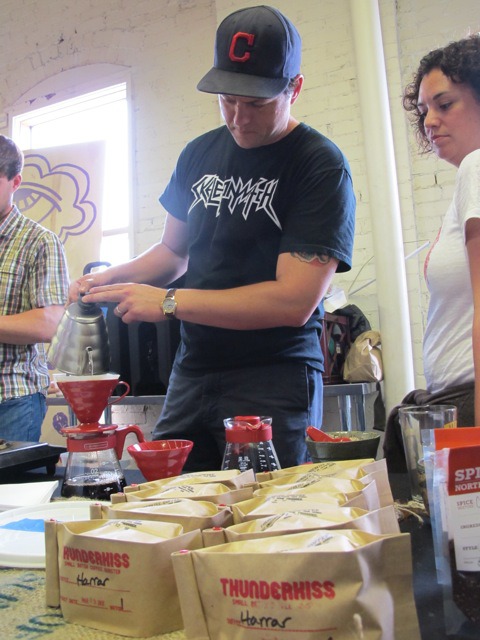 Jason Valentine from Thunderkiss Coffee was there, too, serving up the good stuff and selling small batches of his coffee. His story is a great example of the strength of our coffee scene. In addition to our established coffee shops, small roasters are working hard, many of them without storefronts to sell their beans, and yet they are succeeding admirably. 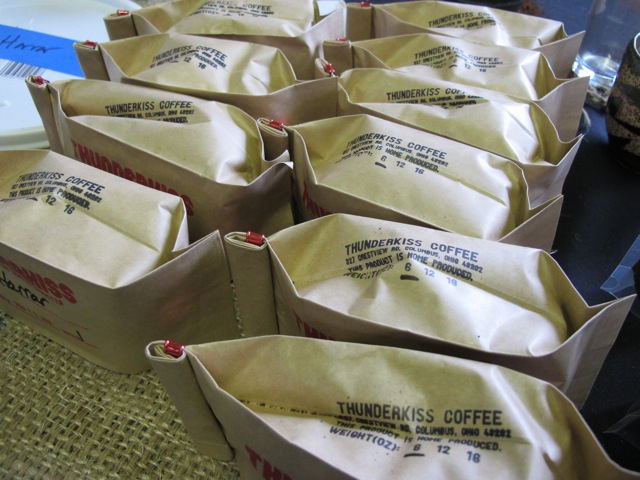 And if you’ve tasted their coffee, you know why. 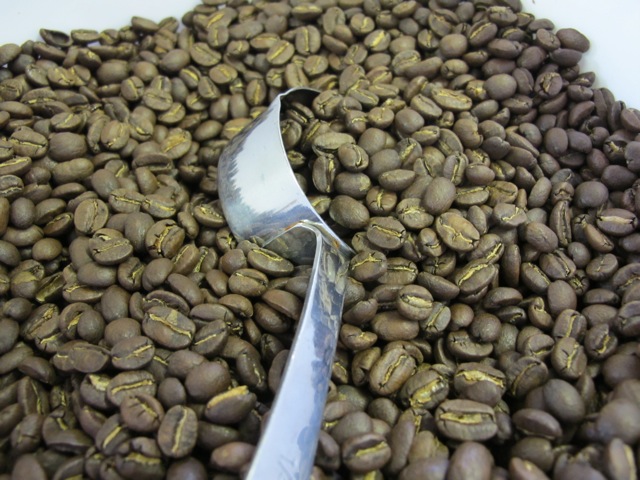 Overall, this event amounted to more than a hill of beans (sorry, had to). The crowds were big, but that just showed that Columbus loves its coffee and is willing to get to know it better. I hope that the festival was successful for all of the roasters and brewers, and that they see a rise (not just a spike) in sales from it. And I know for sure I’m looking forward to next year’s event, too!