Breakfast at the Ohio State Fair 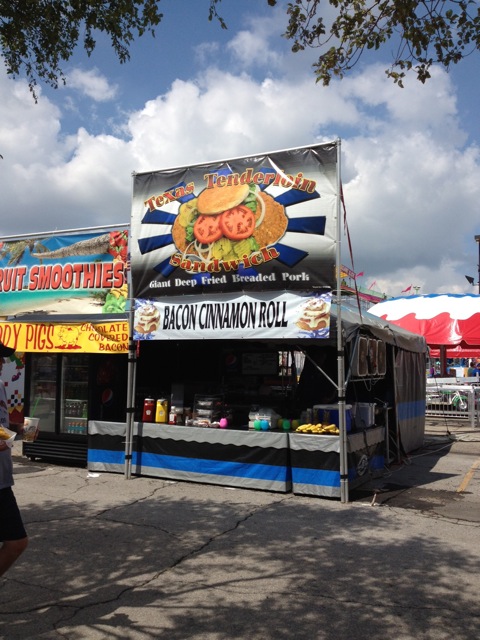 The Ohio State Fair is in full swing, showcasing all of the best that Ohio has to offer. While I was judging the Ultimate Breakfast Competition last Saturday, Mrs. Breakfast With Nick did some recon on the Fair’s breakfast offerings. Although the Fair focuses on visitors who come later in the day, there are still some delicious finds if you’re willing to arrive early. Notice, for instance, that you can sample a bacon cinnamon roll. 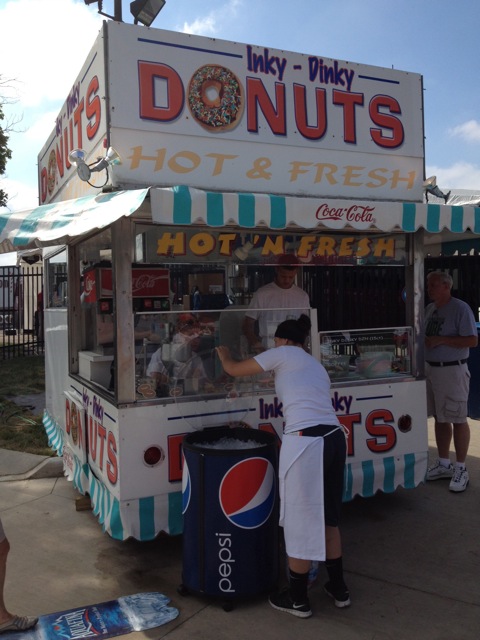 Apparently one of the big attractions are the mini donuts. It’s not a complete visit to the Fair without some fried food! 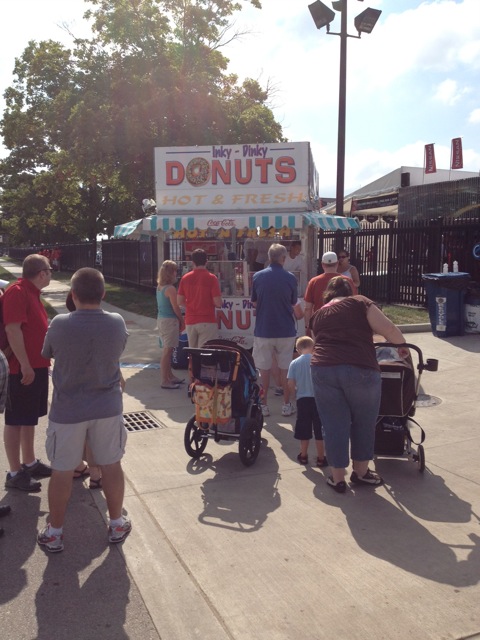 Even when there’s no one wandering the fairgrounds, you’ll still find a line for mini donuts. 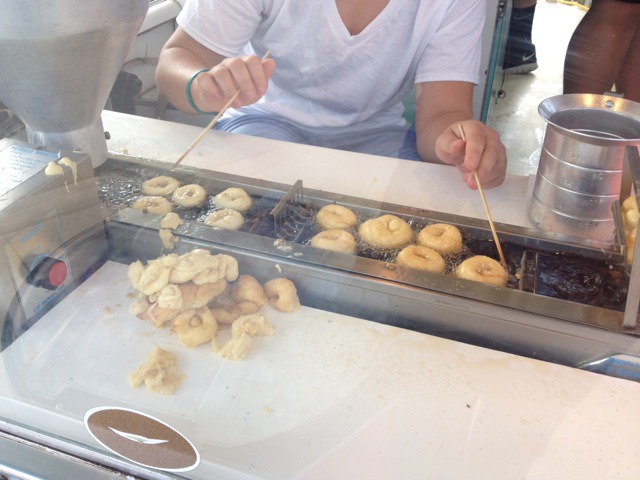 The donuts are fried fresh, then topped with cinnamon and sugar or powdered sugar. They’re simple but likable. 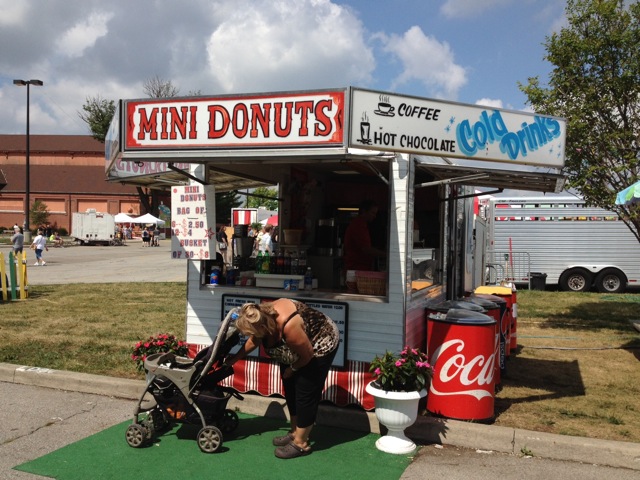 There are two booths, one near each entrance on 11th and 17th Avenues. 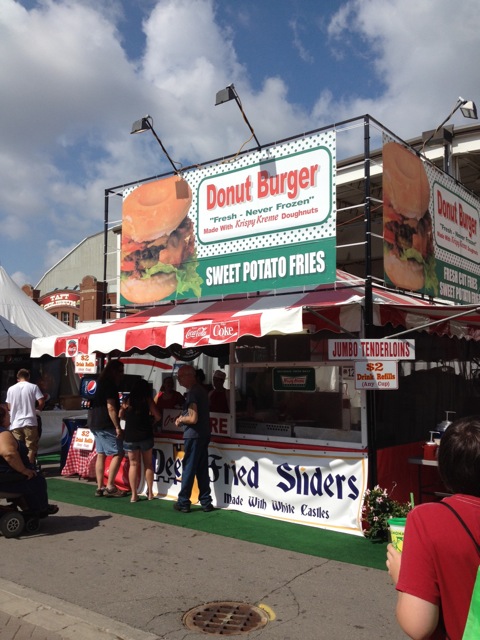 Of course, if you want to take your donut love to the next level, stop by the Krispy Kreme booth and try a donut burger. 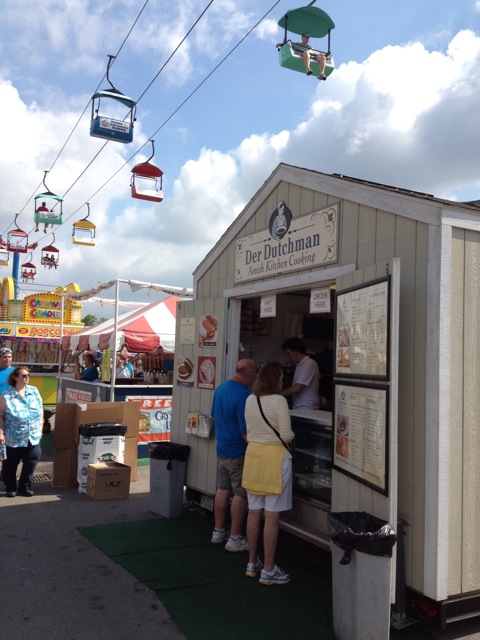 Or you can get some local pastries from good ole Der Dutchman. 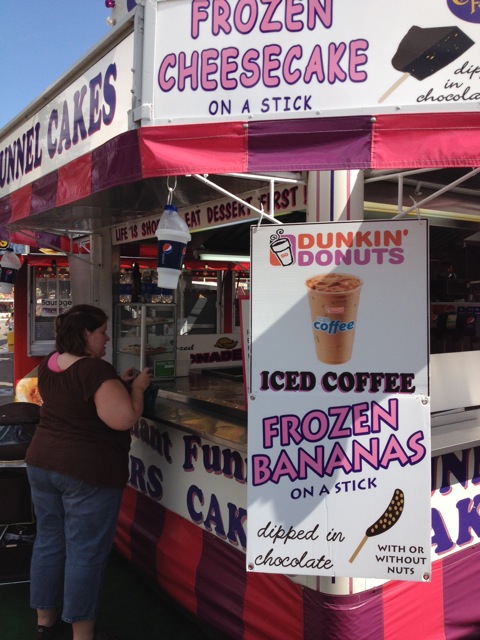 If you need something caffeinated, Dunkin Donuts is on hand… 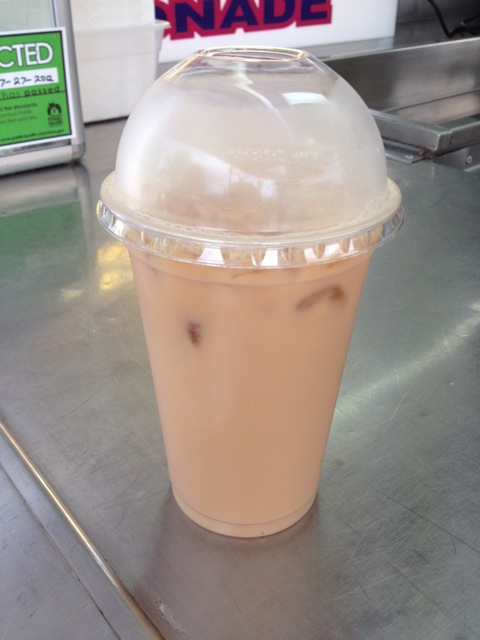 …with some iced coffee. 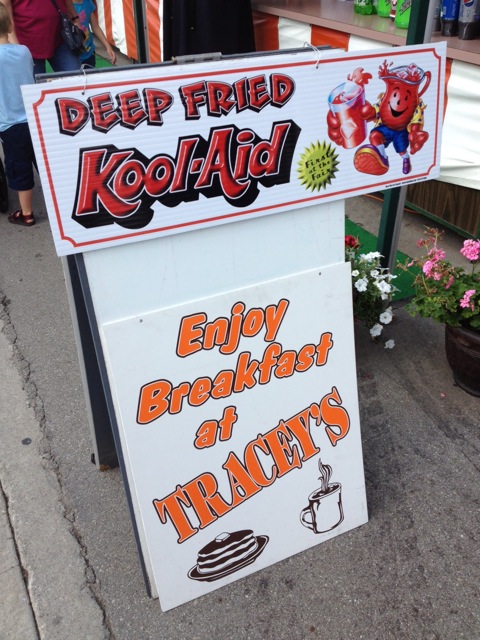 A few of the stands serve full, sit-down breakfasts, like Tracey’s. 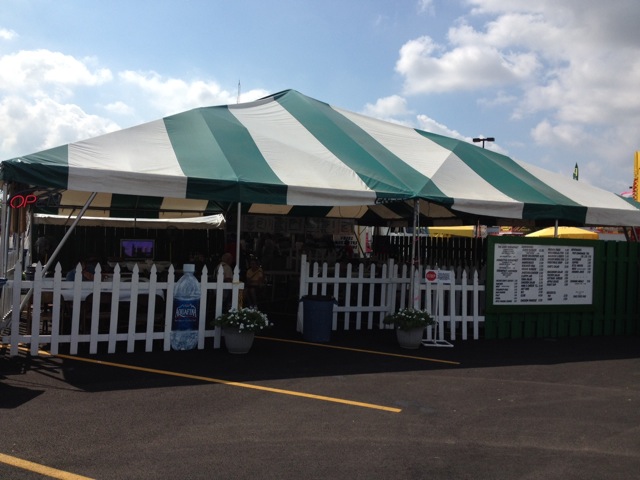 A lot of people will tell you to look for the big green-and-white striped tent. 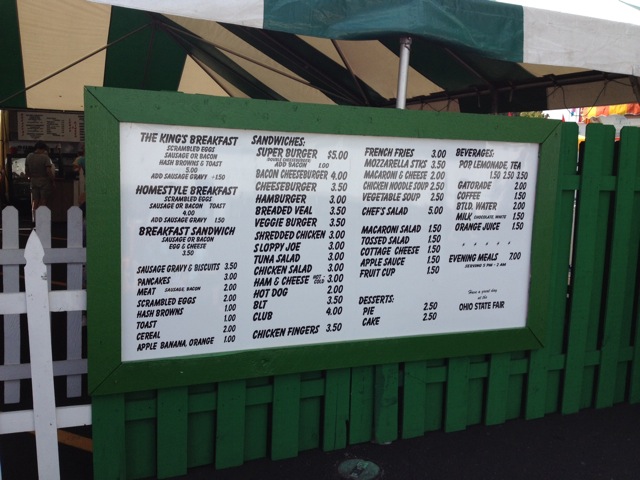 The stand doesn’t have an identifiable name, but they have a full menu: sausage gravy and biscuits, pancakes, scrambled eggs, bacon, and the like. If you’re in the mood for a hot breakfast before the Fair. 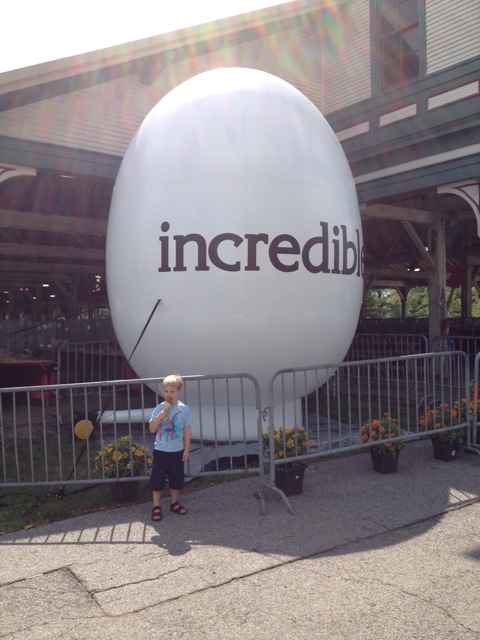 Of course, we need some representation from the American Egg Board.

Anyone else find any good breakfasts at the Fair?