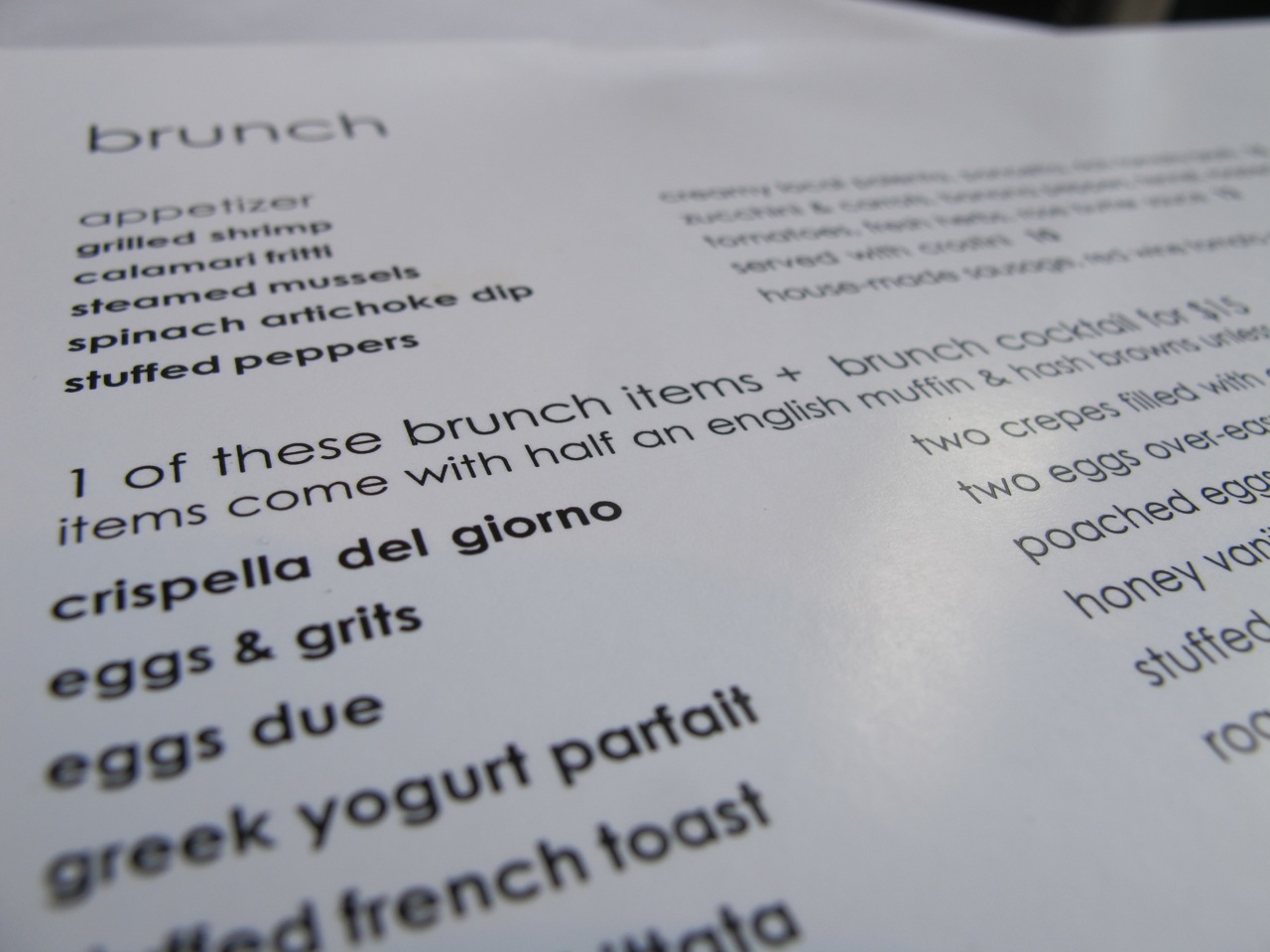 One of my favorite brunch spots in town, Due Amici, recently updated their brunch menu, and they invited me to try a few of the new items. The new menu has introduced some completely new dishes while revamping a couple of favorites. Their overall goal was to make it more “authentically Italian,” which includes changing up some ingredients, renaming a few things, and adding some new eats. Notable additions include the crispella del giorno (crepe of the day), which may be savory or sweet, depending on seasonal and locally available ingredients. There’s also a new margherita pizza, soups and pasta, and a salmon eggs benedict (which I need to try on a return visit). 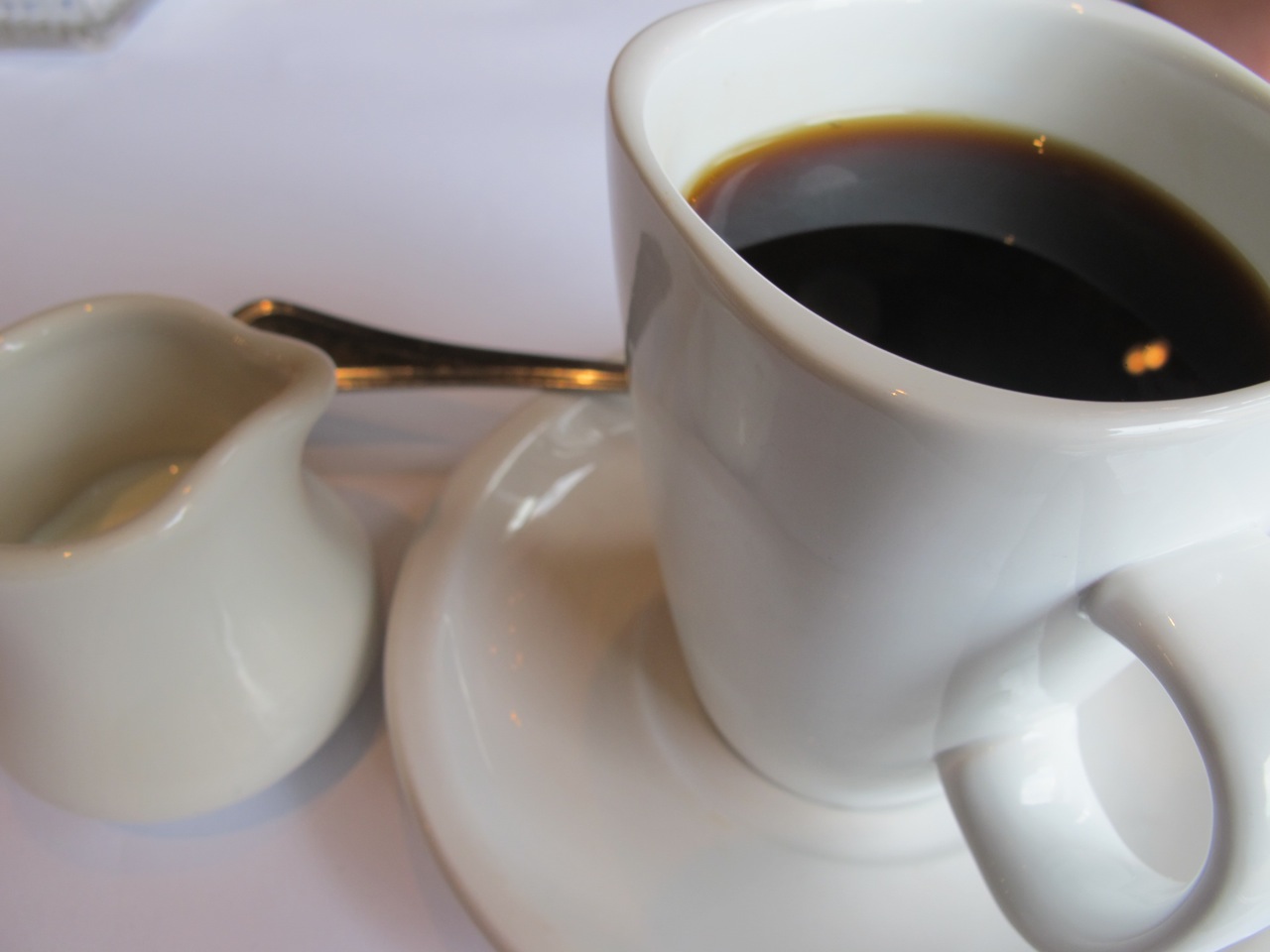 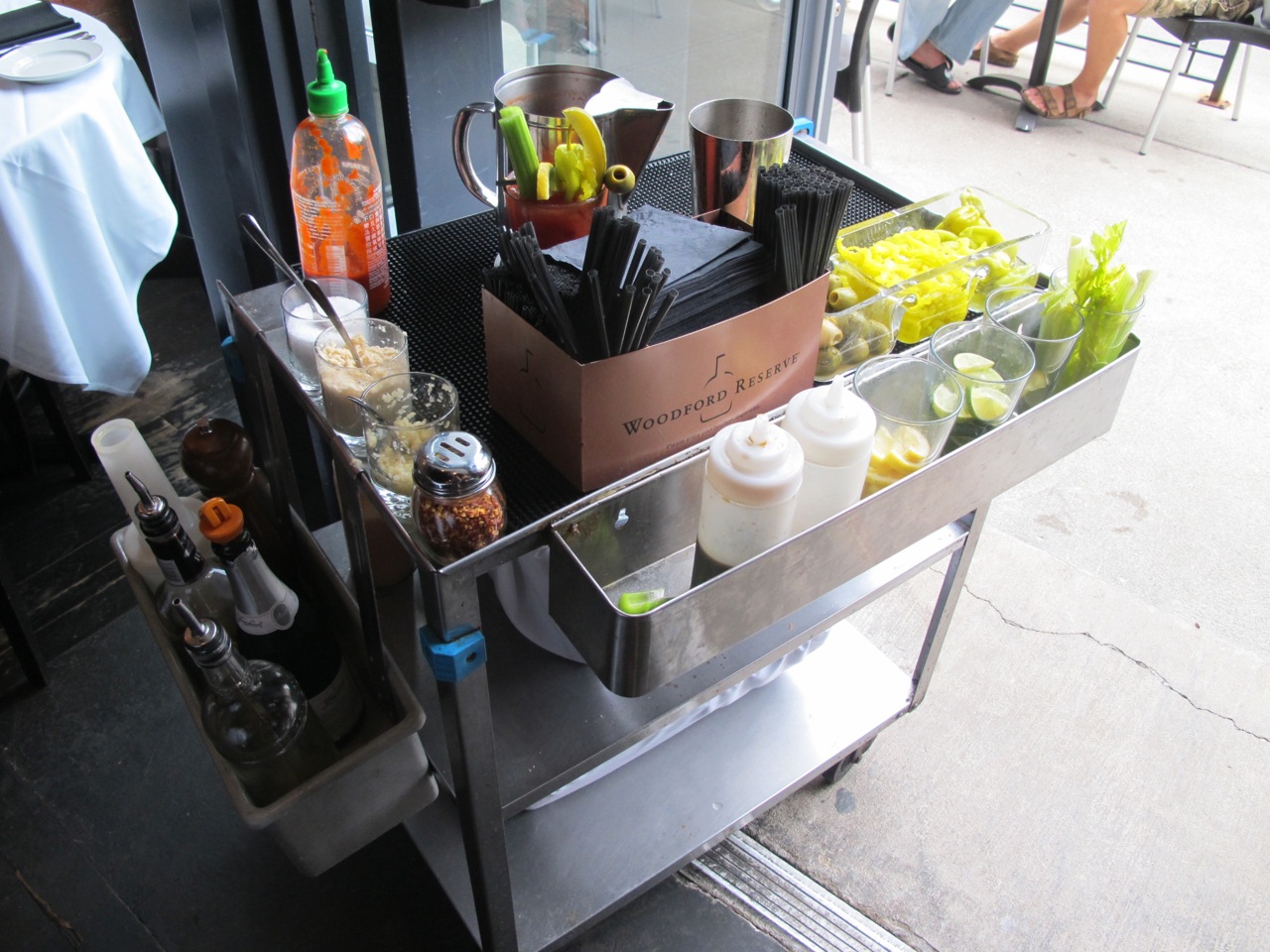 When it comes to beverages, most folks are there for Due Amici’s popular Bloody Mary cart. Judging by how busy they were at the cart, customers are ordering quite a few! 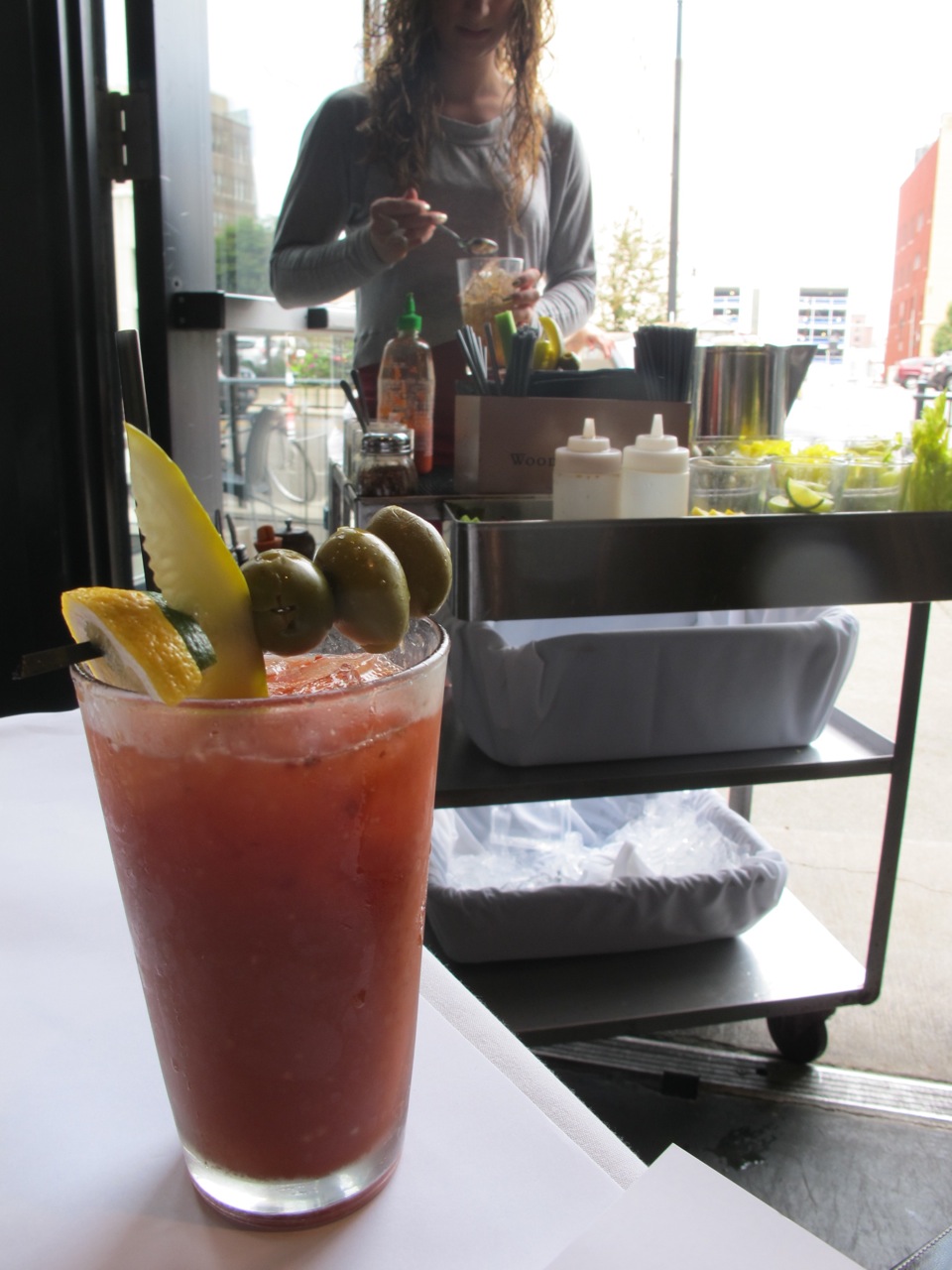 They typically roll up the cart tableside, which lets you customize your Bloody Mary. Ours was very good. Crisp and refreshing, just right for a beautiful August morning. 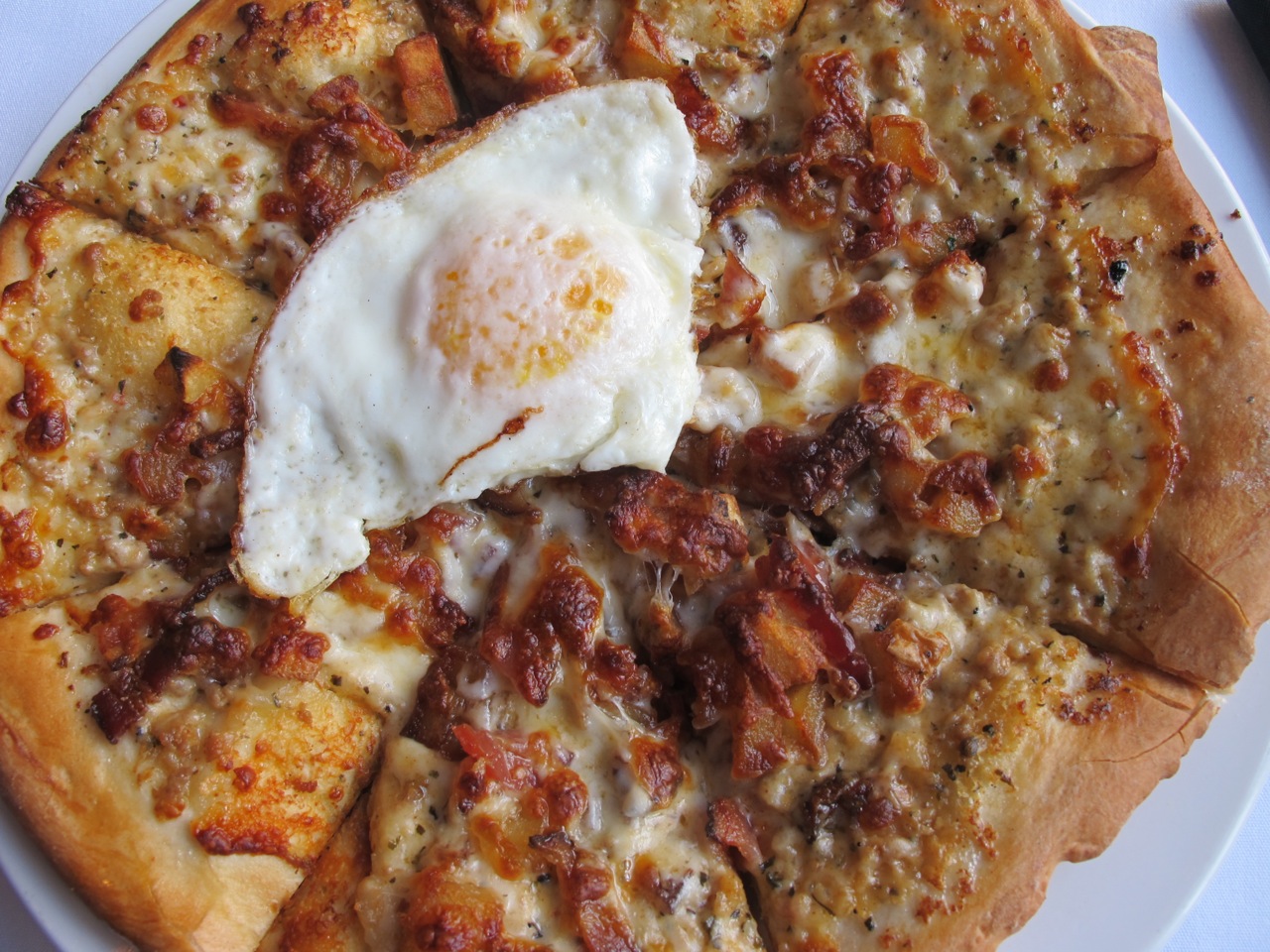 One of our favorites from the old menu was the breakfast pizza, and it’s returned in a new, “more breakfasty” form. The previous version was essentially a standard pizza topped with some sausage and a fried egg. This edition substitutes a white sausage gravy for the red sauce, and adds potatoes, bacon, and keeps the fried egg. Suggestion: break that yolk and dip a slice in it. 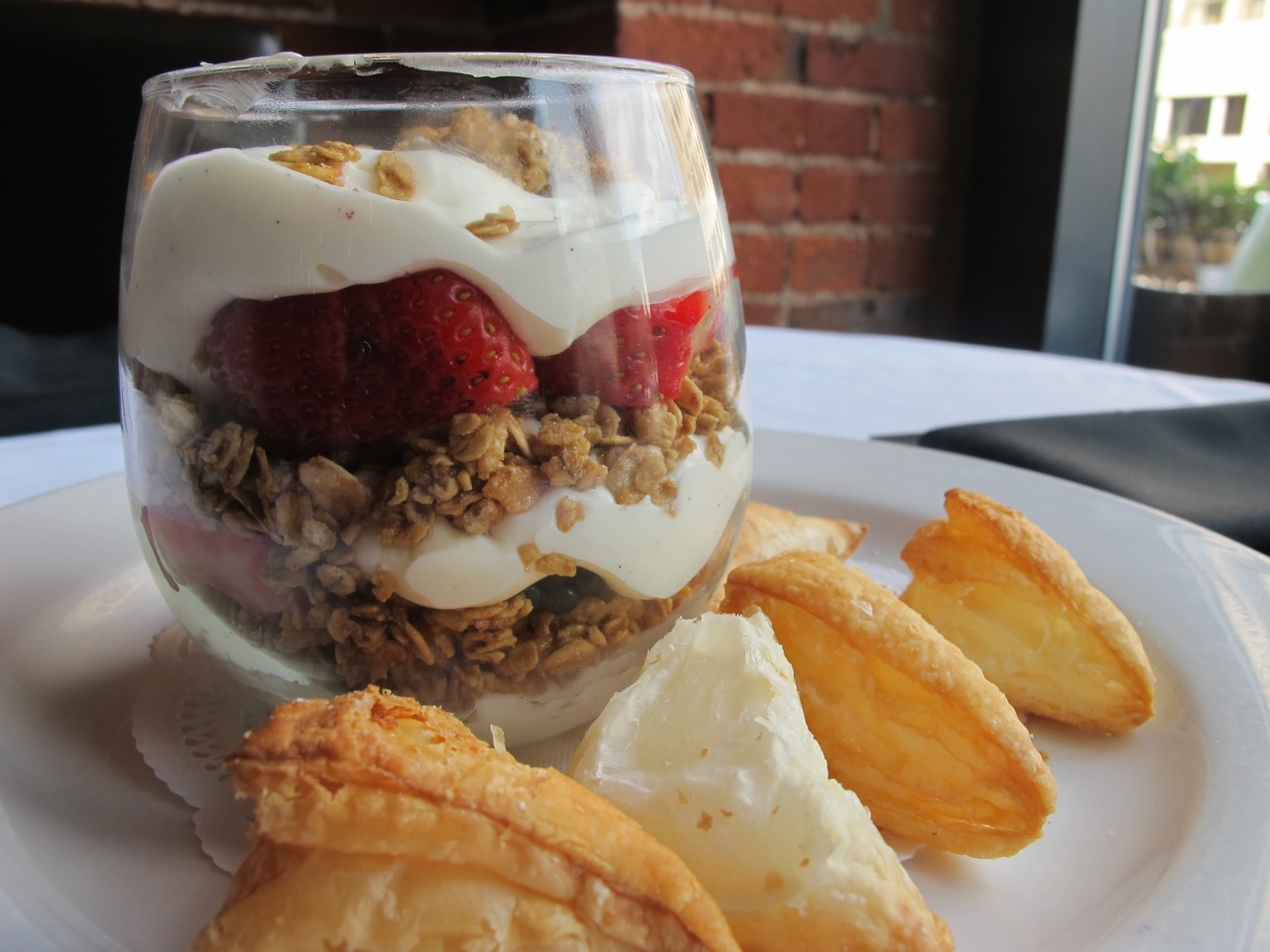 One new addition – and our favorite of the morning – was the Greek yogurt parfait. The yogurt is made in-house, and is layered with granola and fresh berries, and served with filo dough crisps. 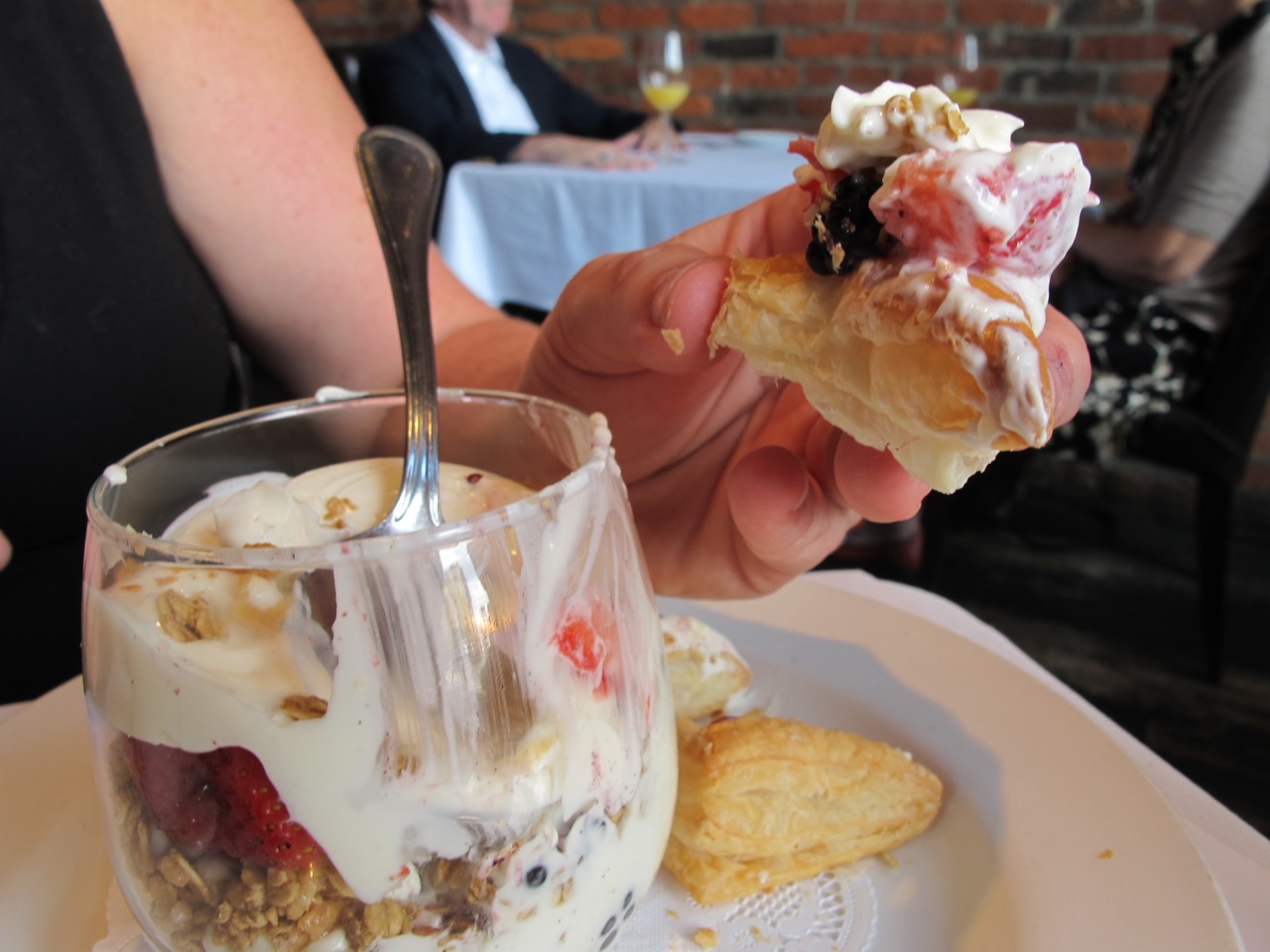 Our server explained to us that you’re supposed to pile the yogurt mixture on the crisps. We wouldn’t have known that if she hadn’t told us, but we’re glad she did. Overall, a very well-balanced and delicious dish. 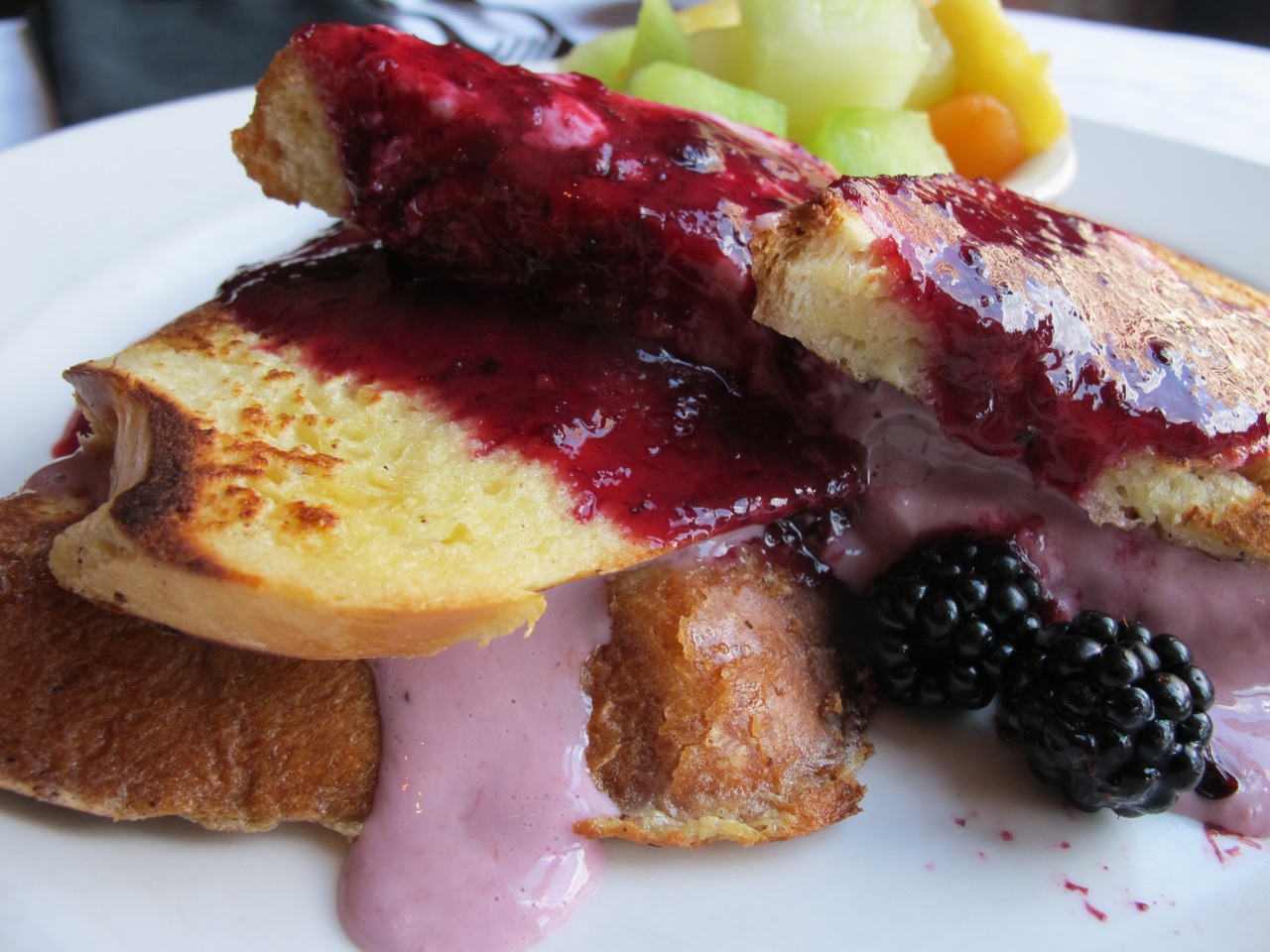 Our final meal was the French toast stuffed with berries, cream cheese, and a berry sauce (coulis) drizzled on top. Again, the actual choice of fruit will vary depending on the season.

The brunch was busier than I remember it being, so word seems to be getting out. With the combined power of Due Amici, Tip Top Kitchen & Cocktails, and now the new Zen Cha Tea Salon location, Gay Street is becoming a hotspot for weekend brunching! Has anyone else tried the new Due Amici menu?